Despite having no previous sailing experience, Denis Nikolaytsev, 35, signed up to cross the Atlantic Ocean during the Clipper 2019-20 Race. Denis from Moscow, Russia, who works in reinsurance, was inspired when his friend and fellow countryman, Vadim Naumecs, showed him YouTube videos of the Clipper Race after Vadim himself had signed up to take part in the global sailing event.

Having watched the footage of previous races and heard stories from Race Crew, Denis said he could “smell adventures ahead”. On his motivations for taking part he added: “I like the sea and have read a lot of books about sailing and adventure since my childhood. My dream was to feel the breath of the ocean and to examine my physical and mental strength.” 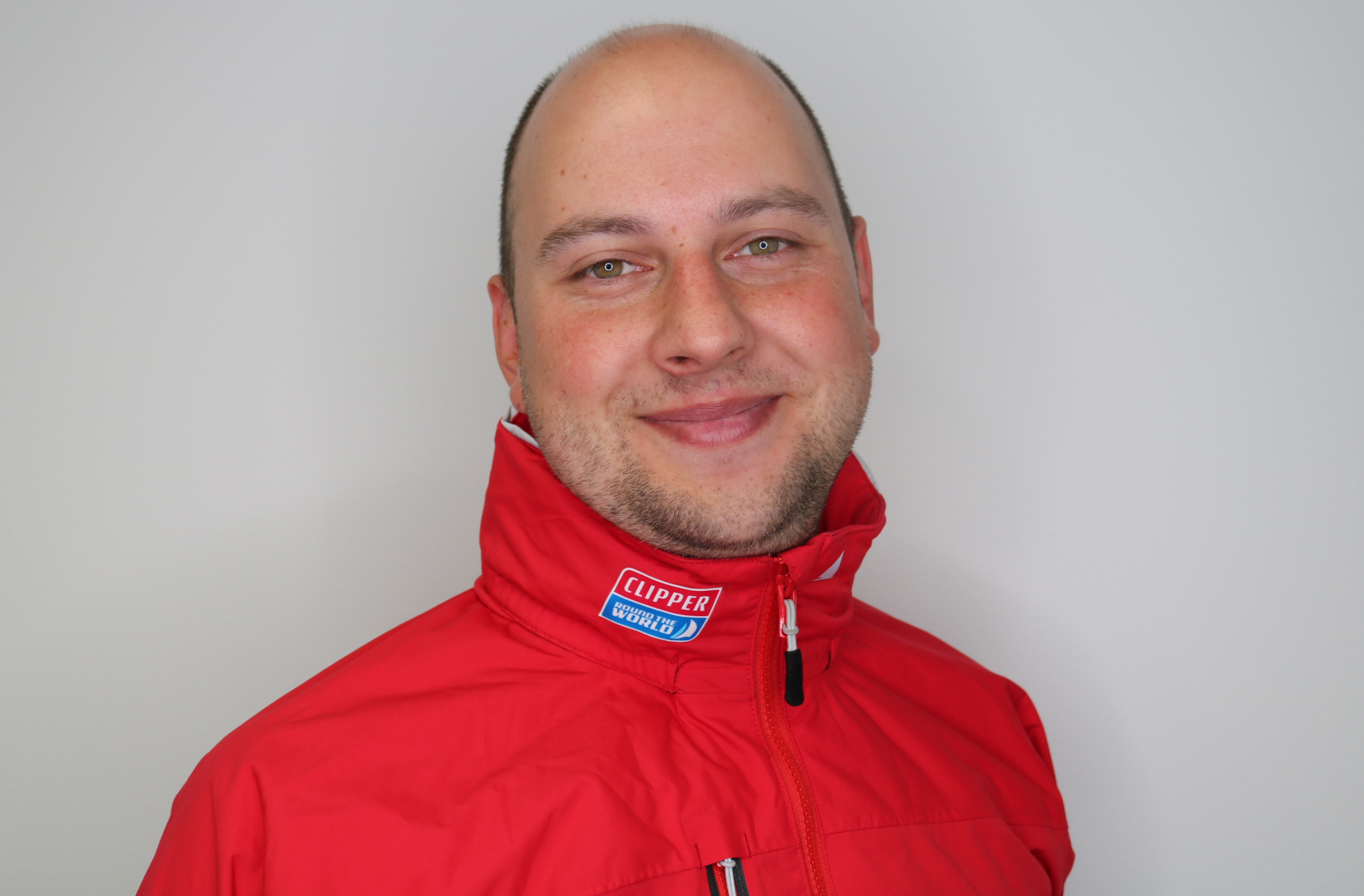 With the support of his wife and two children, he signed up to Leg 1: The Atlantic Trade Winds, which would see the fleet, with Denis on board Visit Sanya, China, race from London to Portimão then on to Punta del Este.

Clipper Race training, which comprises four weeks of intense on the water training, was made more difficult due to English being the language used on board: “I liked these weeks very much. It was a bit difficult for me at first because of completely new sailing vocabulary, in English, and the language practice but it all turned out well.” On the social side of training he joked that after a day’s learning: “Beer is very helpful sometimes (or always, I’m not quite sure) with getting conversations flowing.” 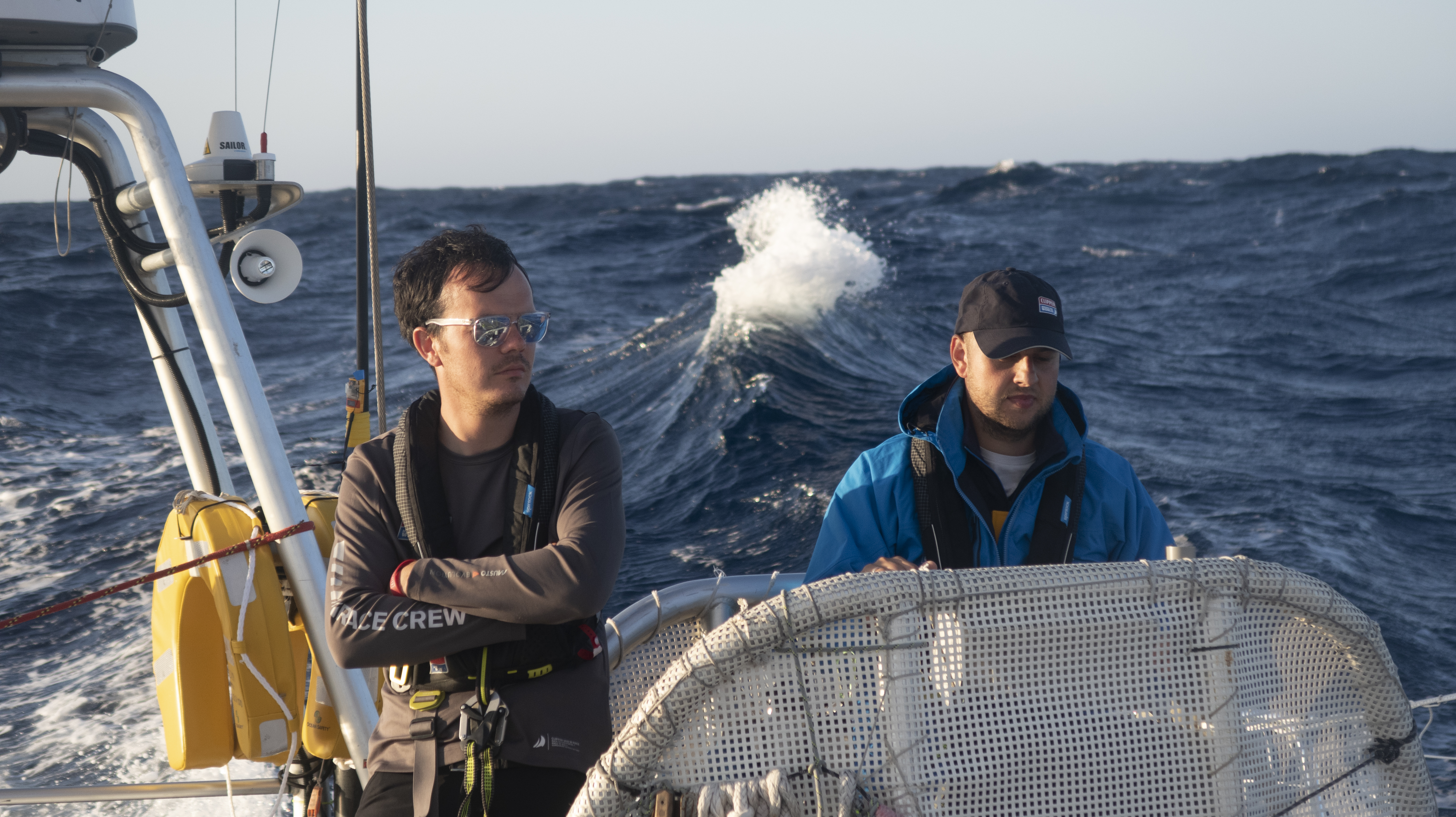 When it was time for the race to depart London for the start of the twelfth circumnavigation, Denis reflected on the events surrounding the start and the feelings it invoked when the fleet started to make its way up the River Thames: “I was smashed (in good sense) by the departure ceremony. I’m assuming that this will be one of the most important, large-scale, and perfectly organised events in my life. Even now I recall my feelings when I was on helm during our journey along the Thames. This was one of the strongest feelings in my life, something like; My life is not wasted, I’m doing something great.

“For your easy imagination, it’s like a small boy, from the middle of nowhere, is looking at a live space shuttle launch.” 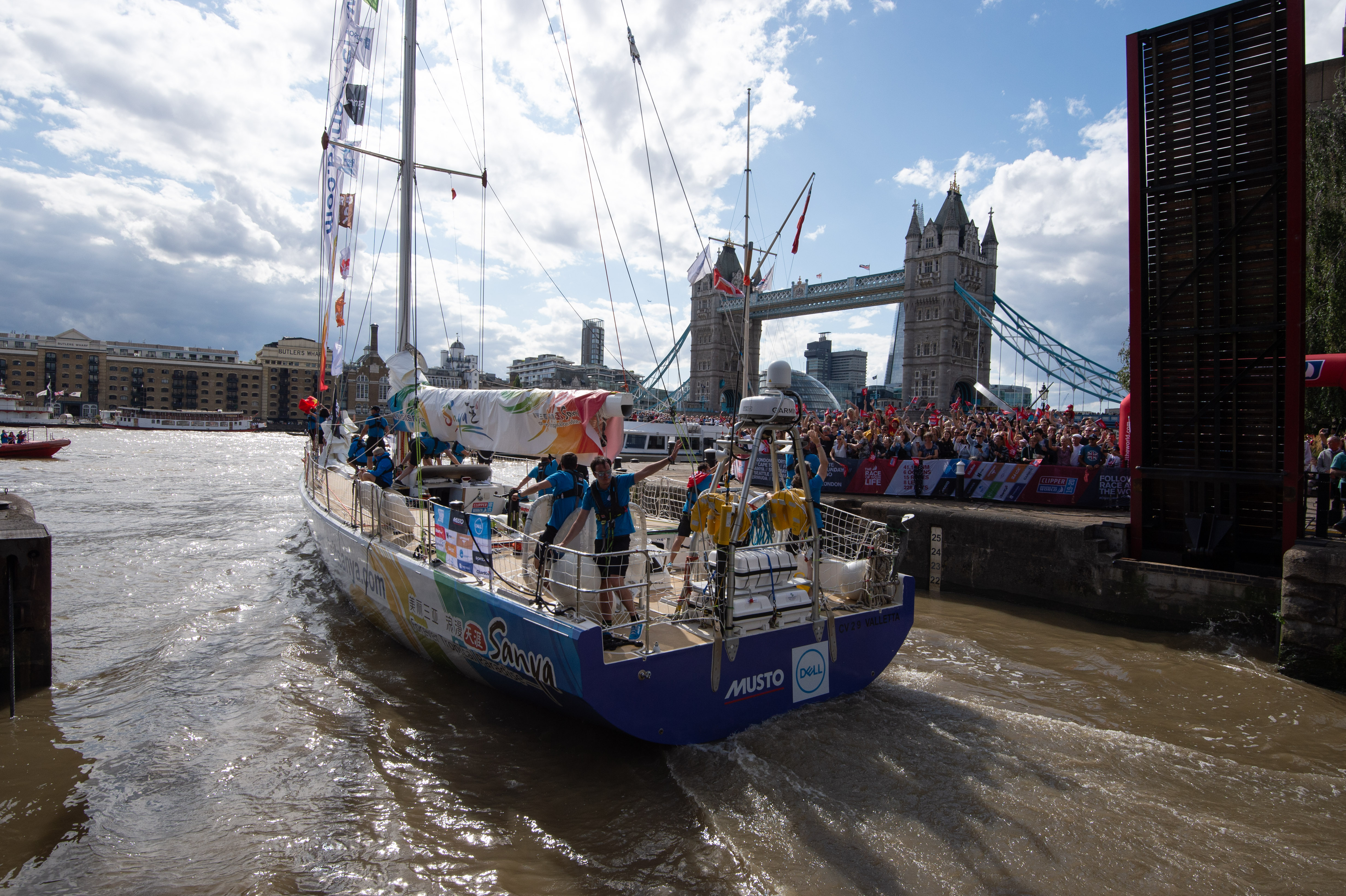 The first stage of the race saw the fleet negotiate numerous fast-running tides around the UK and France with the Bay of Biscay living up to its reputation for storms and heavy seas.

“The first week was hard: a lot of upwind, fresh wind, and lots of different maneuvers. A big achievement was not being seasick; I remember eating spaghetti one watch whilst those around me weren’t feeling great!”.

The second race took the fleet into the Atlantic Ocean, across the Equator and into the Southern Hemisphere to South America. 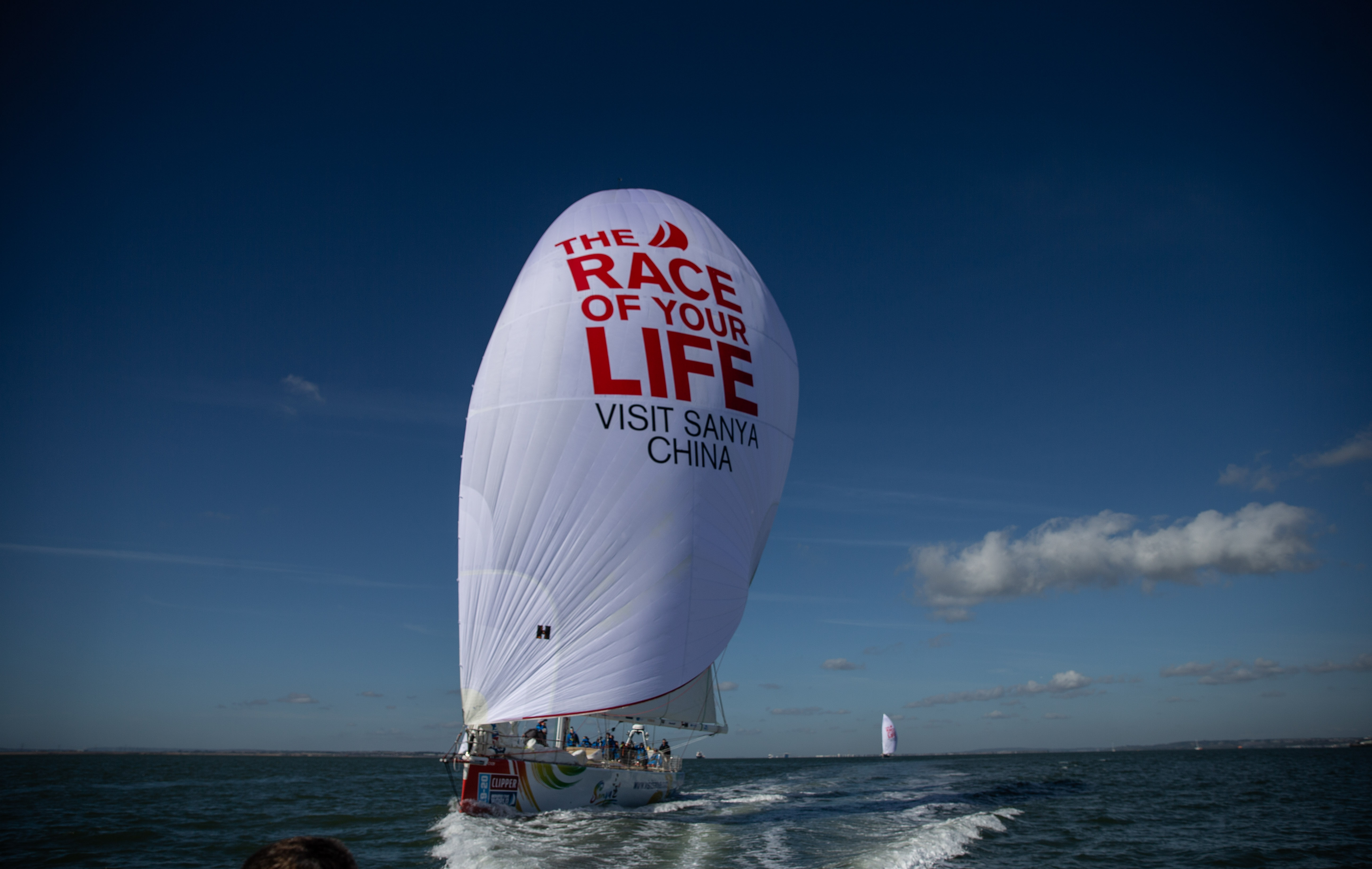 “In the Atlantic Ocean we had four to five days of strong wind and waves, the rest were fairly pleasant. The moments which I love and recall; reefing the Main Sail at the mast exactly at the moment when the squall hit; climbing the mast for unscrewing a damaged spinnaker which had become wrapped around the forestay; changing a Yankee at the pulpit in nighttime rain, through big waves and time to time the boat dived with the bottom part of myself being dunked into the ocean; when I raised the Staysail with my hands, faster than the other boats around us; all my helming sessions!; when I was thrown on the guardrails by the wash from a wave and laid there balancing over the ocean for a few seconds (clipped on of course, but an interesting feeling anyway).” 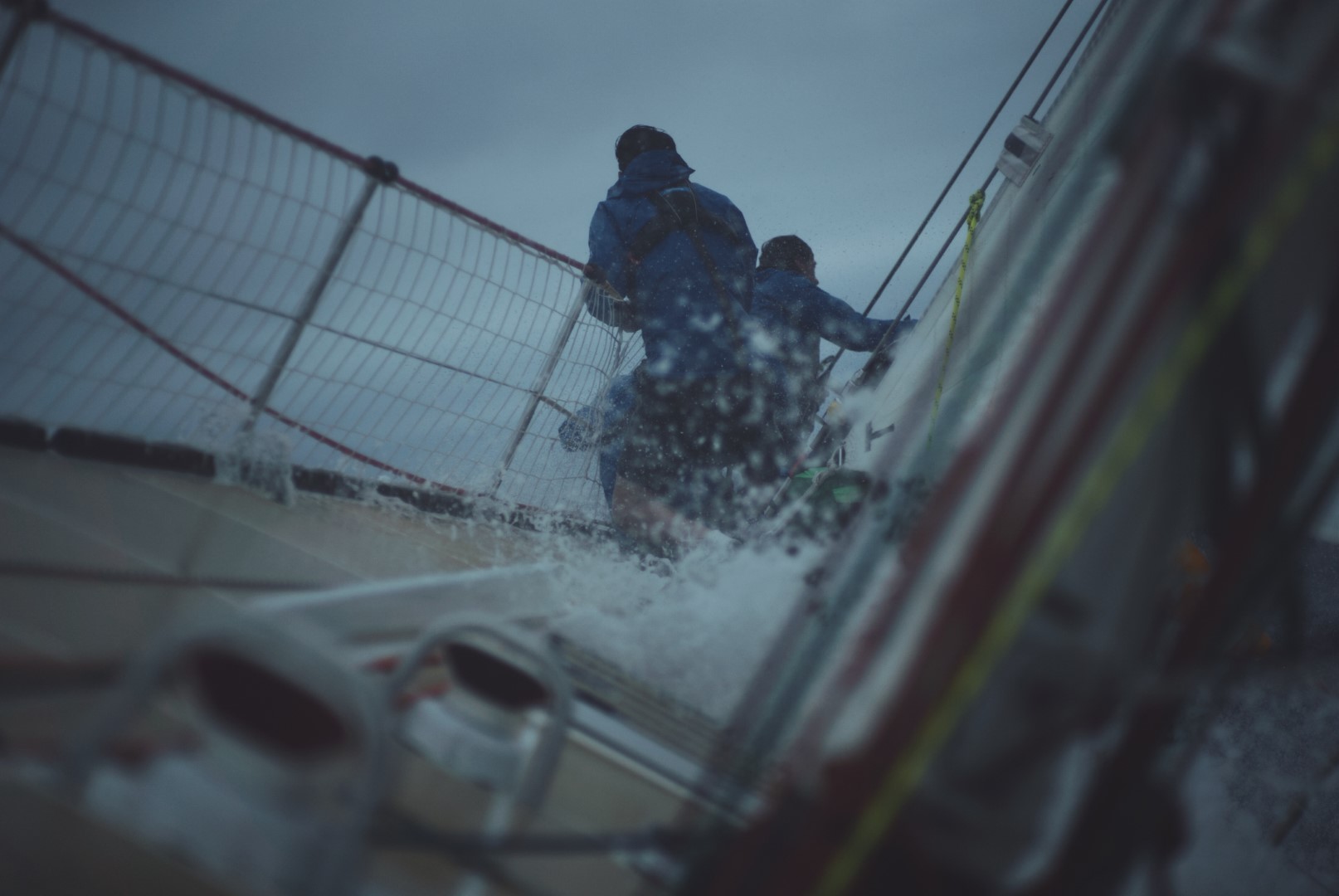 Although he thrived when the pressure was on and times were tough, for Denis it was when the conditions were mild, pleasant and he was on stand-by waiting for the next task that he found it most challenging. Add into the mix 20 people living on board a stripped out 70-foot yacht which can pose its own challenges. “We had a couple of people who struggled. A success for me was also feeling like, in a small way, I was able to help and influence them which was a valuable experience.”

Reflecting on his time on the Clipper Race he said: “This is the first time in my life when I had enough time to think about many things, to understand myself better. I became stronger, I have understood that family is the most important part of our lives and so is friendship. I felt more sharply how I like my home and country, that one should live their lives, be themselves and pursue real life instead of the pretences in a big city life circle. 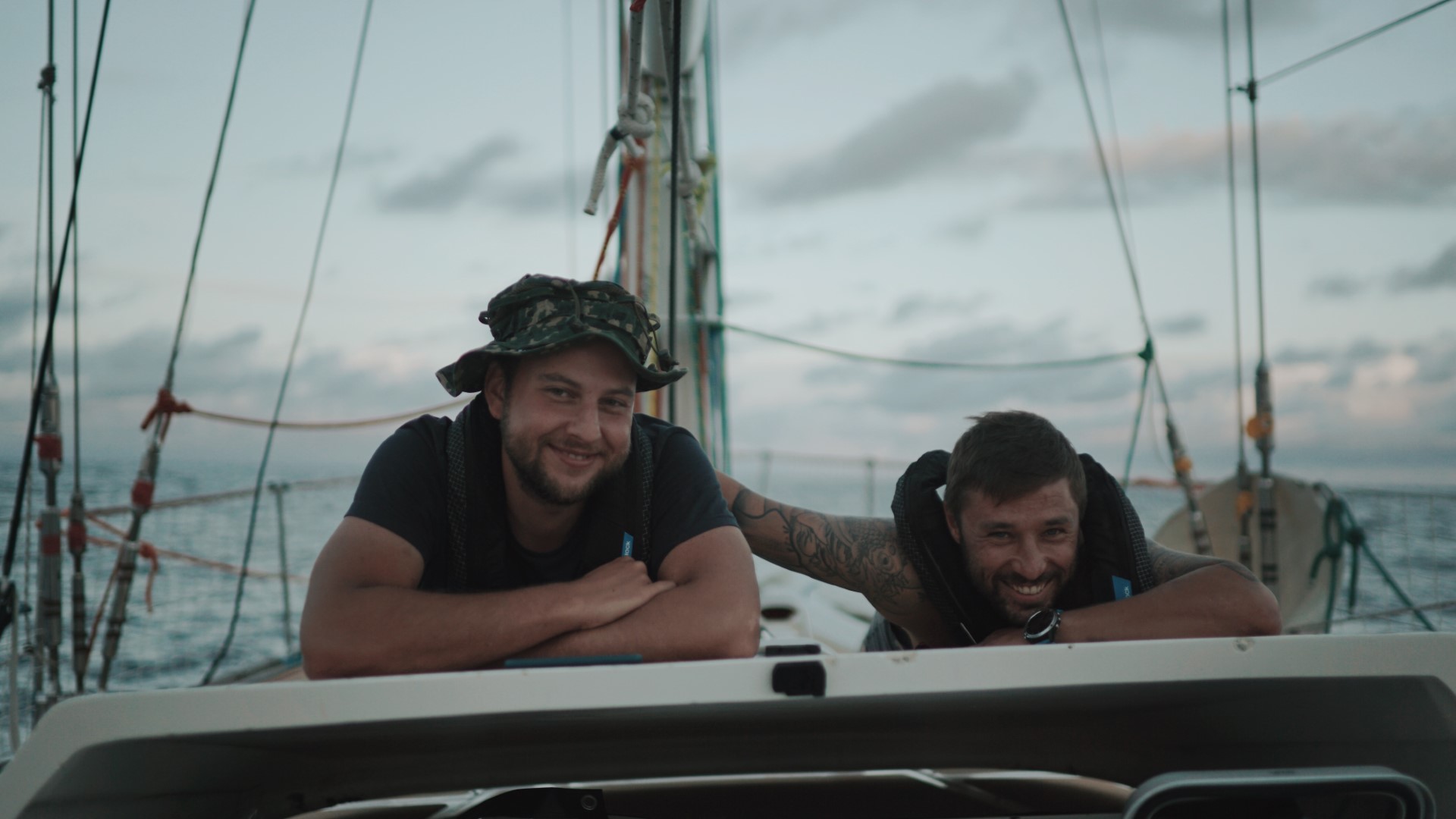 “I’ve decided that when I’ll be able to financially, I’ll give a Clipper Race experience as a gift to a person who has a dream but cannot do it because of money and other problems.”

His advice to future Race Crew is to: “Be yourself, be honest, work hard, do not complain, build friendships and support, use your free and work time with benefit, always be mindful and take time to contemplate the beauty around you.”

Applications are open for the Clipper 2022-23 Race. If you think you have what it takes, find out more by tuning in to a Discovery Webinar.