New Jersey resident Rajani Karuturi has fulfilled her ambition of a ‘life less ordinary’ after taking part in the world’s most iconic yacht race.“When I turned 40, I reminded myself that I had always wanted a ‘life less ordinary’ and to follow my dreams no matter what. Sailing around the world was one of those dreams and the Clipper Race was the answer.” says Rajani Karuturi.

She continues:“It's only after my kids moved out of the house, I started feeling a lack of fulfilment in life.” She started wondering 'is this it'? and made the decision to sail the coastline of Australia as a way of ‘stepping out of her comfort zone’.

Rajani who is from the Monroe Township, New Jersey is currently undertaking the adventure of a lifetime, by taking part in the the Clipper Race. 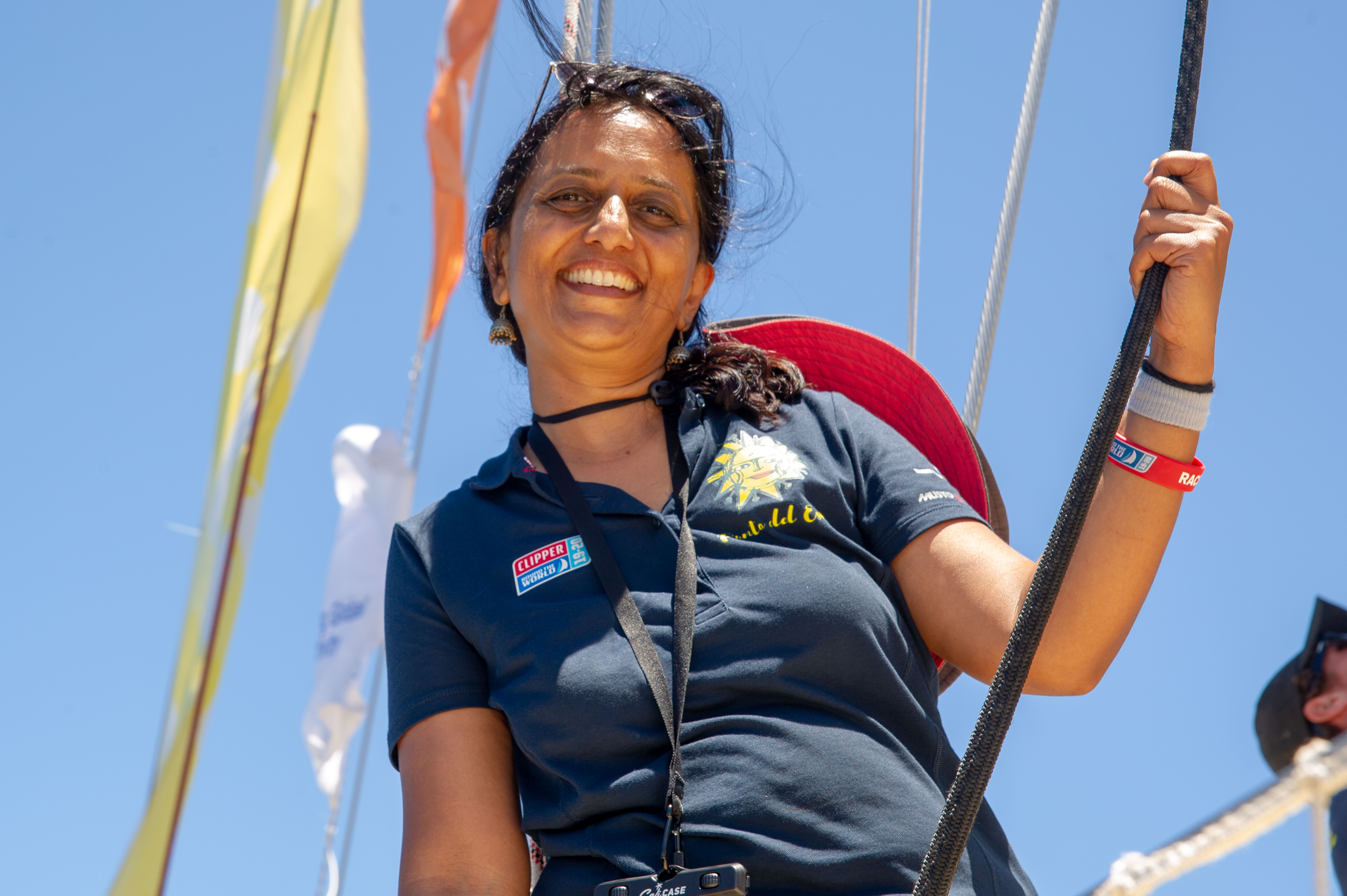 The 52-year-old software engineer who is originally from India has taken part in Race 5 which has taken her from Fremantle to the Whitsundays around Australia. What’s impressive is that she is one of around 40 percent of the Race Crew who have previously never sailed before the Clipper Race training programme and wanted to take part in the race as a way of ‘stepping out of her comfort zone’

Undoubtedly, participating in the race has been an epic achievement for Rajani, but she is no stranger to aiming high. She says that previously her biggest achievement to date was ‘breaking free from a typical Indian woman stereotype’ having been brought up in what she considers to be a very overprotective environment.

She recalls:“If I wanted to go out after 7pm, my mom would send my younger brother as my security. Growing up in a middle-class farming family, education was the only thing that is important. I didn't even ask my parents if I can do things like learning to dance (which I liked so much) as I know that education was the priority for them. Breaking the social norms that confined myself and my household gave me a sense of freedom and pride.”

She never thought in her ‘wildest dreams’ that she would have not only the opportunity, but the confidence to do something like the Clipper Race.

Rajani anticipated that taking part in the race would be challenging and a step into the unknown but she wanted to do something different whilst having the support of a world-renowned brand. She says:“The Clipper Race is different from others that I’m aware of. I liked the way they were organised- it felt safe and I was really confident of the support after first interview that I had.”

Rajani was relying on the in-depth training that would take her from novice sailor to a skilled productive crew member. She cites that she wouldn’t be in the position that she is in without the support and training of the Clipper Race. She says:“The training is absolutely amazing. I didn't have much confidence in myself, but I am in the race now, and that says a lot about the Clipper Race training. Without being told, some team members understood that I needed this additional 'you got this' look towards me. Getting silent support without making me feel inferior was a beautiful thing.”

Rajani is delighted with her response from her local community in the Monroe Township in New Jersey and that people are being so inspired by her journey that they intend to sign up for the Clipper Race themselves. She says:

“I have received a lot of support from my local community in New Jersey. There are people who said, ‘what and why? But, slowly everyone came around after I started my JustGiving page and started posting updates of which I have also shared on Facebook. I'm getting a really positive response. I heard one of my friend’s daughter has already reached out to Clipper to take part in the race herself. Even my husband wants to do the next race too.”

What will Rajani take away from her Clipper Race adventure?

“The whole experience. I'll re-live this experience over and over. Growing up, I always felt that I was stuck in this small village, but there is a wonderful world around me moving fast. Now, I feel I'm part of that world.”

If like Rajani, you are hankering after a life less ordinary and want to be part of the most exciting adventure that you could ever face, then take a look at why people just like you are signing up to sail their way around the world.