Clipper Race stopovers are an important time for yacht maintenance, race briefings, training and partner activations to take place but also for Race Crew to explore the incredible destinations on the race route, and get some well-earned rest and recuperation away from life on board. 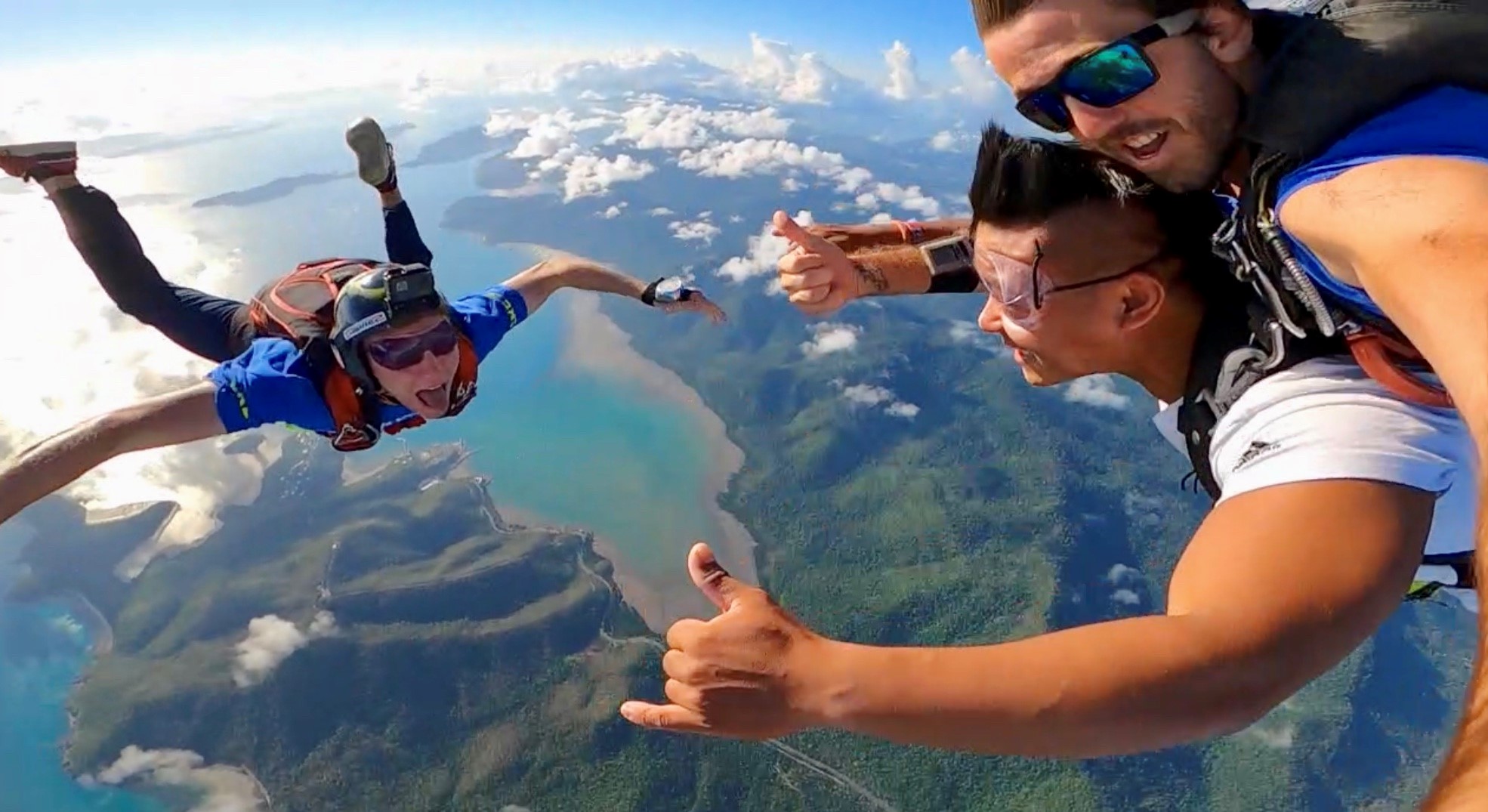 Since arriving in the Whitsundays, the Clipper Race fleet has been berthed in the Coral Sea Marina Resort. A spectacular base for crew who have been enjoying all of the Whitsundays Clipper Race Carnival events and other adventurous activities in the sun. From skydiving and snorkelling to jet skiing and diving, not to mention crocodile safaris and some island hopping to explore all the Whitsundays has to offer. Whilst warm evenings offered a beautiful setting for to wining and dining. 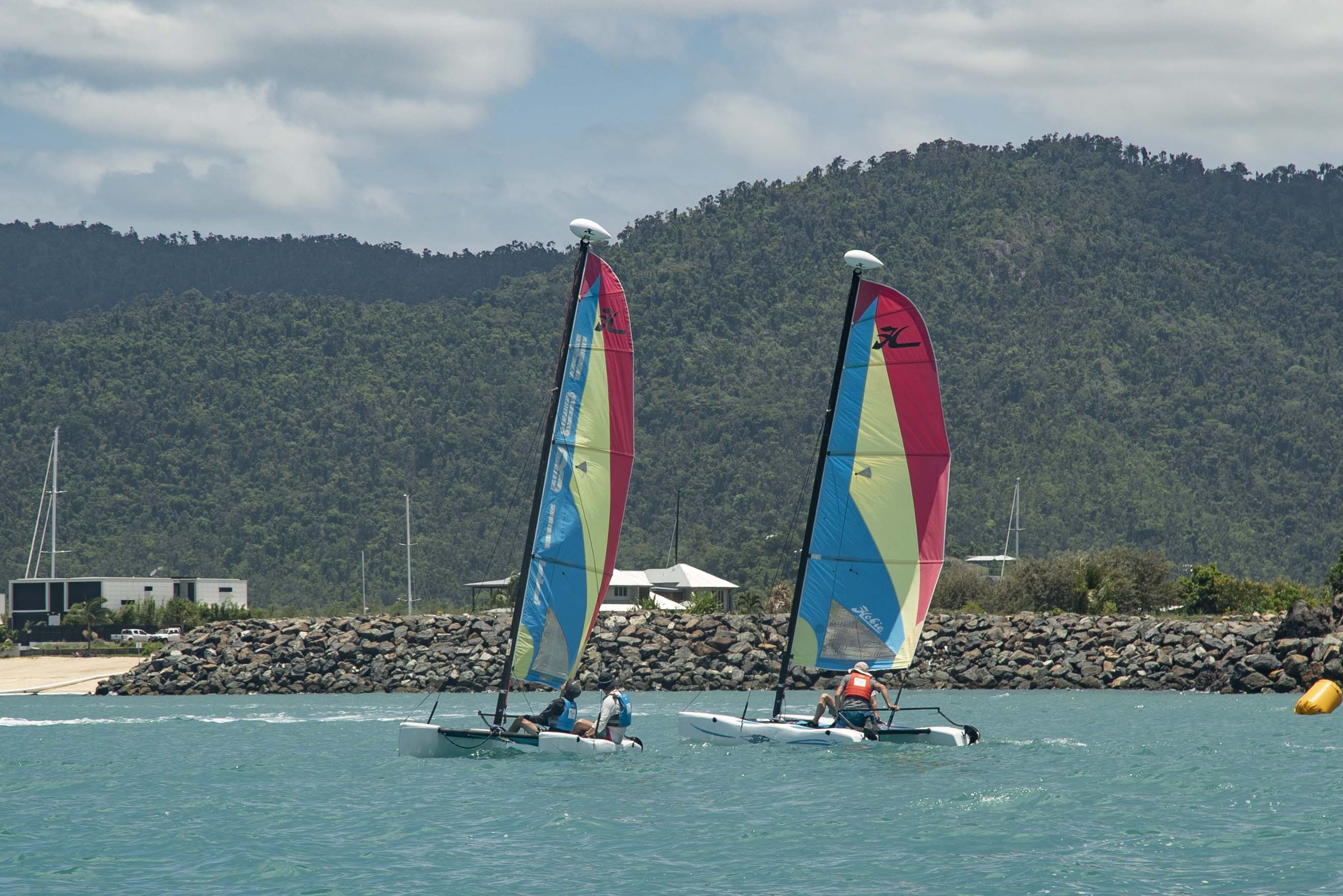 IMAGE: Imagine your Korea crew took to the water in the Little Ripper Clipper Race Cup at the Whitsundays Sailing Club

Bettina Neid, who is circumnavigating on board Dare To Lead, is one of the many crew members who have been awed by its beauty she said: “The Whitsundays is incredible; sailing in and seeing the change in the colour of the water was beautiful. There is so much to do here on the water, to explore further afield and take nature hikes in the hills.” 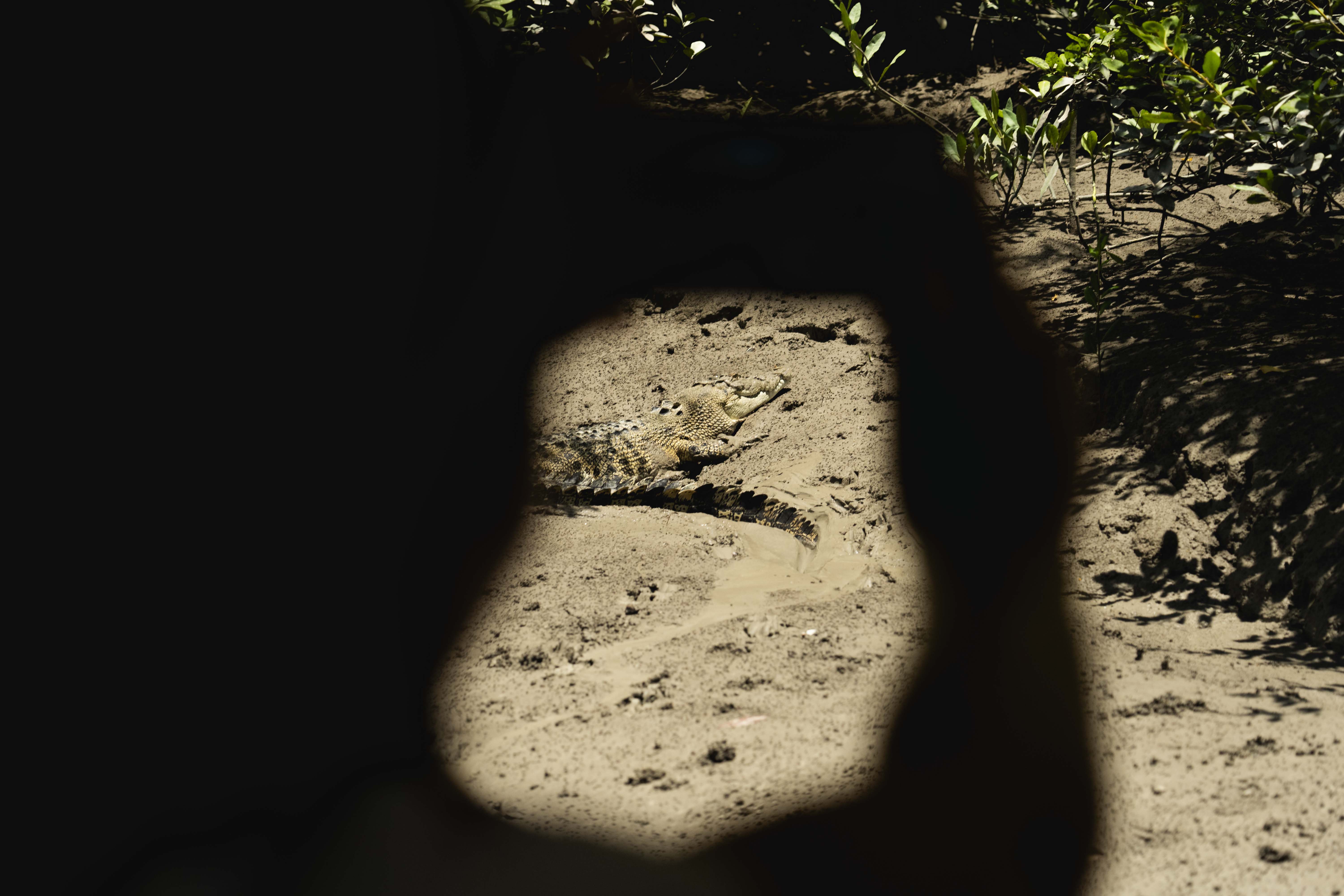 On one of her days away from the boat, Bettina went on a crocodile safari, organised by Tourism Whitsundays, adding: “I didn’t know there was so much to know about crocodiles, the tour was really interesting, given by an informative and passionate tour guide. Not only did we learn about crocodiles, we were also given an insight into the flora and fauna native to Australia.”

After spending the majority of four months at sea, circumnavigator Trevor Thurlow took to the air to see the Whitsundays from a different angle. He and fellow Zhuhai crew mate Paul Davison, who is completing Legs 4 and 5, captured a different perspective to when they sailed into the Whitsundays. 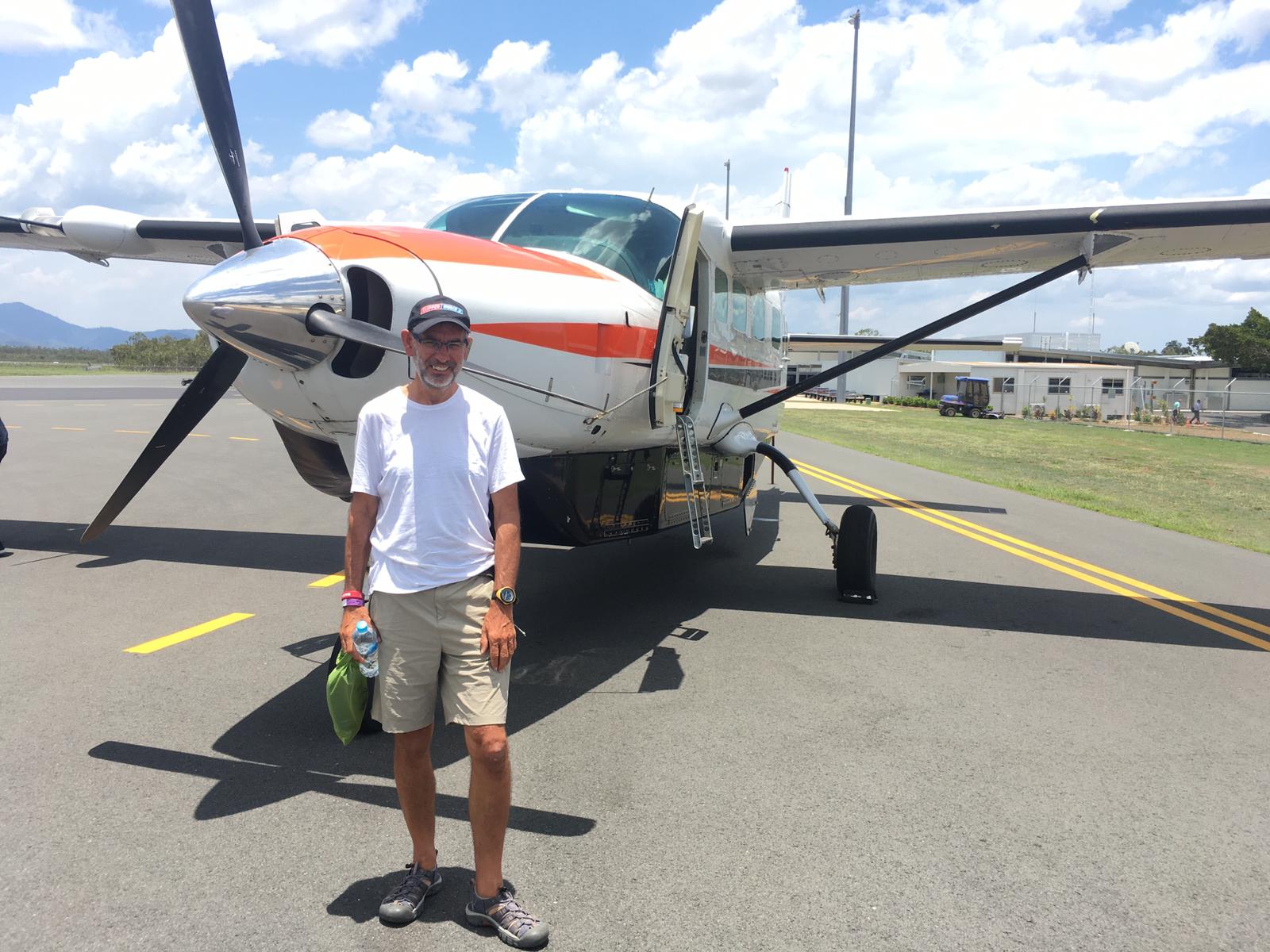 IMAGE: Trevor Thurlow, Zhuhai circumnavigator,
takes to the sky for a different perspective of the Whitsundays

Jade Hughes, from Essex, UK is preparing to take part in Legs 5 and 6 on board Ha Long Bay, Viet Nam. Starting her Clipper Race in the Whitsundays meant visiting a new destination and she has managed to take in many of the sights during her stay in Airlie Beach, as well as preparing to race over 12,400 nautical miles to Seattle. She enthused: “I have never been to the Whitsundays before, the friends I know that had come here told me it was out of this world. 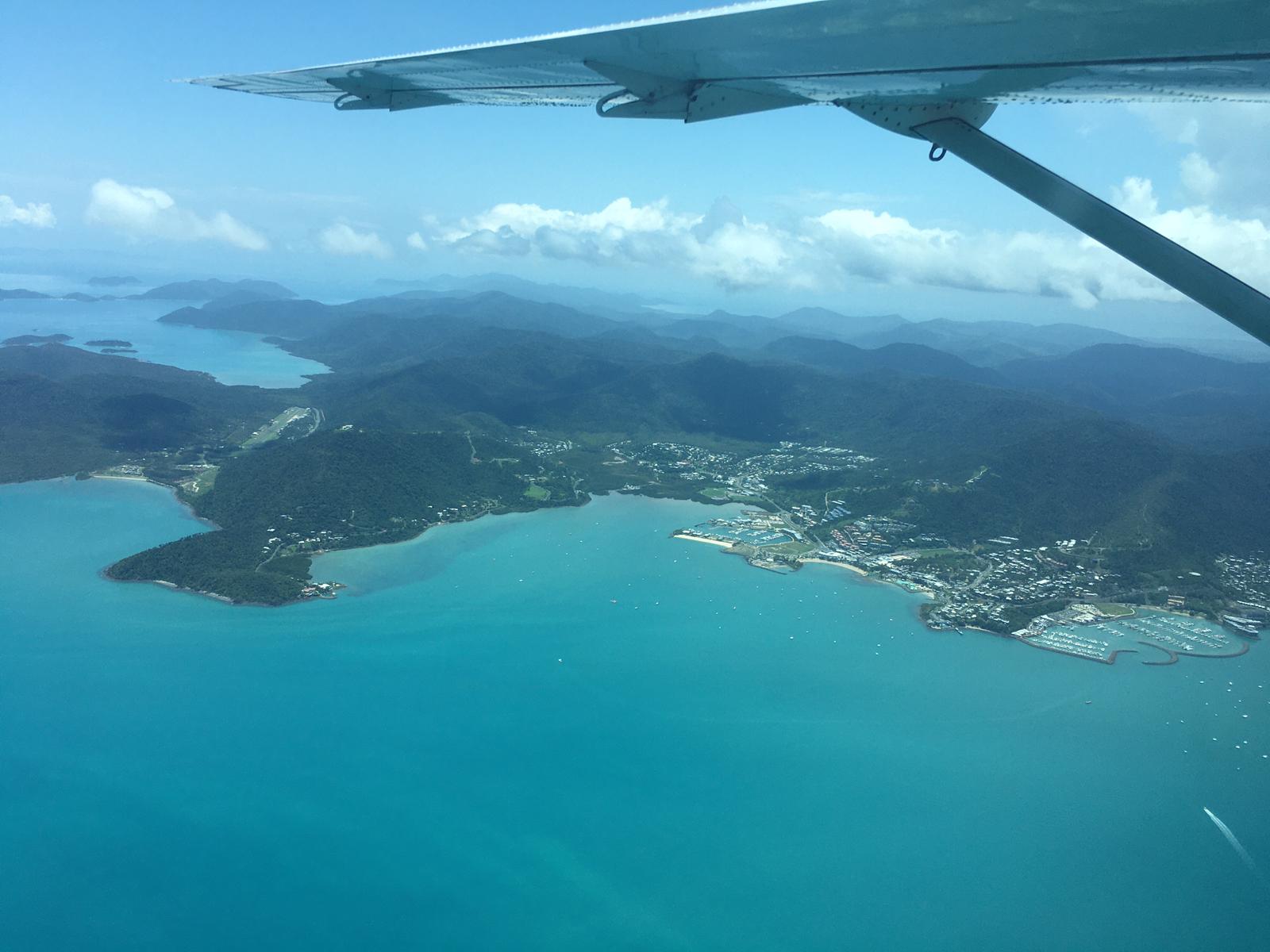 IMAGE: Photo taken by Trevor - can you spot the Clipper Race fleet in the Coral Sea Marina Resort?

“We went over to Whitehaven beach, which was amazing, I had never seen sand so pure white I was lost for words - how lucky am I to see the most beautiful beach in the world?! I’ve been snorkelling, I was lucky to see so many fish and check out the reef and Lookout Point was better than I imagined even after seeing the pictures online. 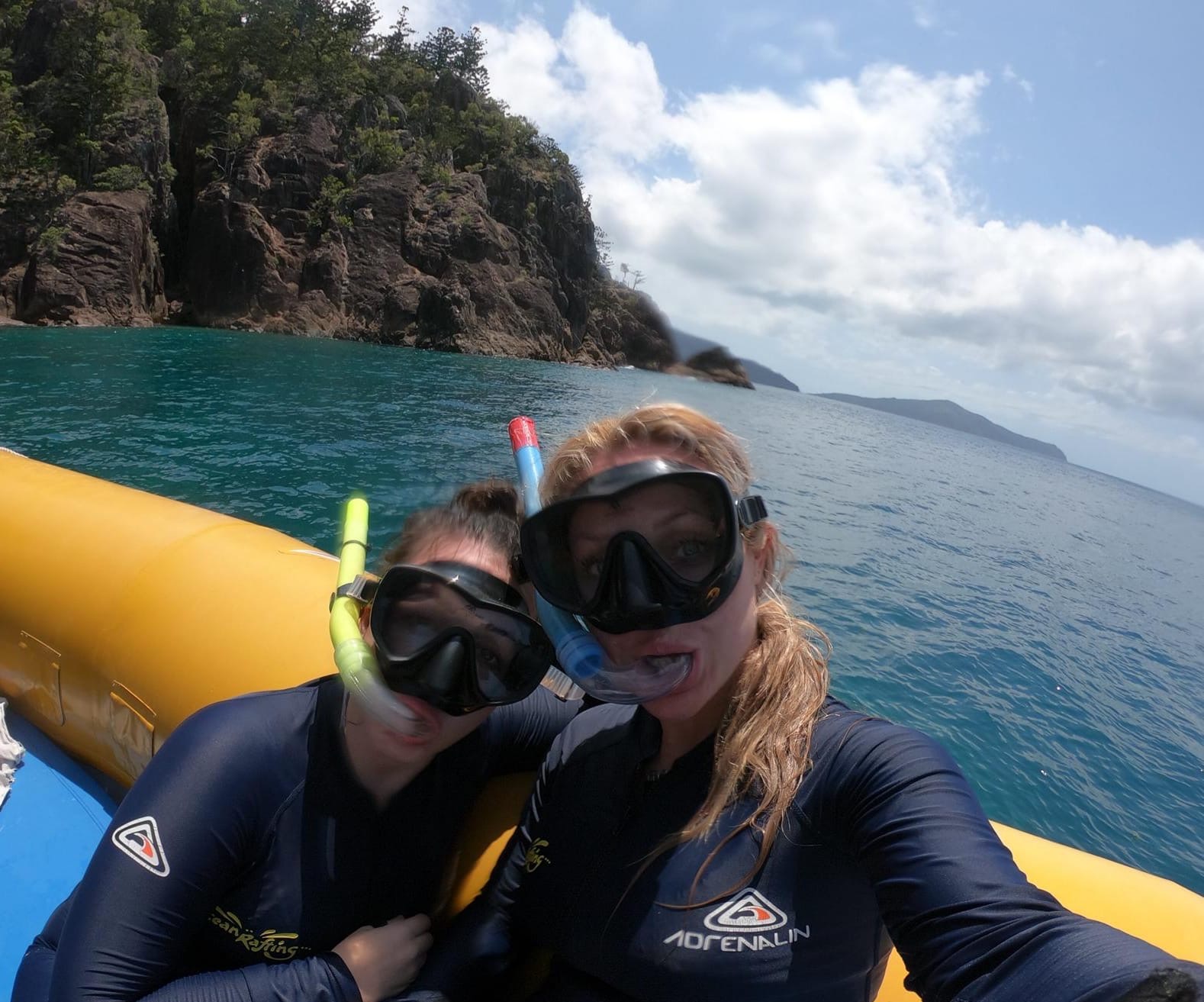 “When I haven’t been on the boat, I have been enjoying the bars, restaurants, and the lagoon. I have loved Airlie Beach; I have met so many friends on the Clipper Race and made amazing memories already and I haven’t even set sail yet!”

The Clipper Race fleet will depart the Whitsundays on Saturday 18 January. Watch the fleet slip lines and perform a parade of sail before departing for Sanya, China.