As each of the 712 Clipper Race crew members begin to adjust back to life on land, the memories and successes of the past eleven months are far from forgotten.

Over the coming weeks we will be re-living the highlights for each of the eleven teams, kicking off today with Nasdaq.

As a debut Team Partner to the Clipper 2017-28 Race, Nasdaq, a leading global provider of trading, clearing, exchange technology, listing, information and public company services, made a splash on the Clipper Race circuit, not least because of its extended onboard family of ‘Nasducks’. 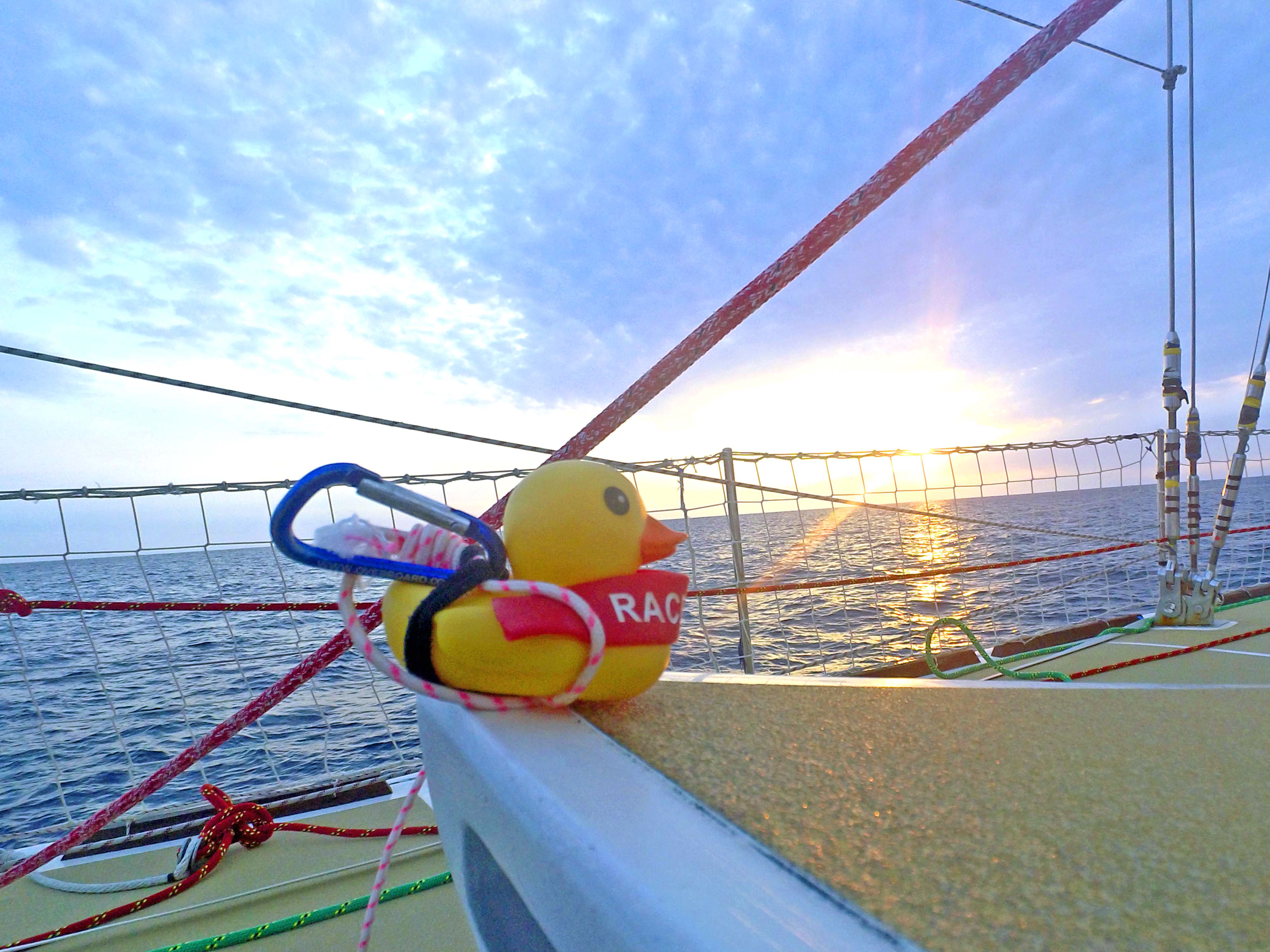 Image: Nasduck helps out on deck

Friends and family following the Nasdaq team’s journey were also following the adventures of Nasduck, who enlisted the help of Skipper Rob Graham and the Nasdaq teammates to tell her tales told through blogs during the circumnavigation. Whether it was lending a hand on deck or whipping up a storm in the galley for a bake off, Nasduck was with the team right to the end, even after multiplying numerous times during the later Legs. 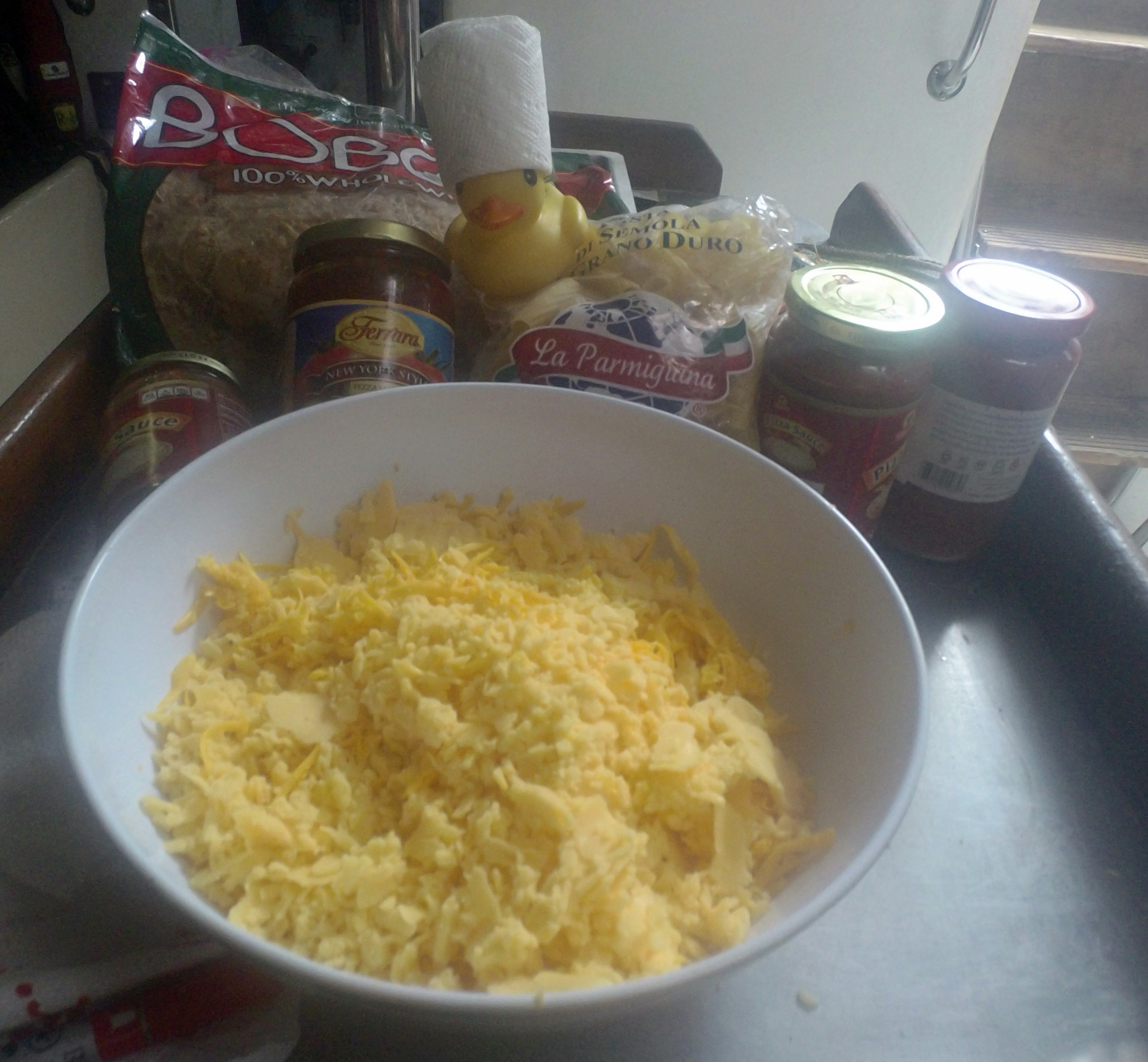 Image: Nasduck cooks up a storm in the galley

The family theme stuck with the Nasdaq team throughout the circumnavigation as it quickly established itself with a reputation for inclusiveness under the watch of Skipper Rob. This was something that was highlighted when the team scooped the Stormhoek Social Spirit Award for Race 7: The Forever Tropical Paradise Race. 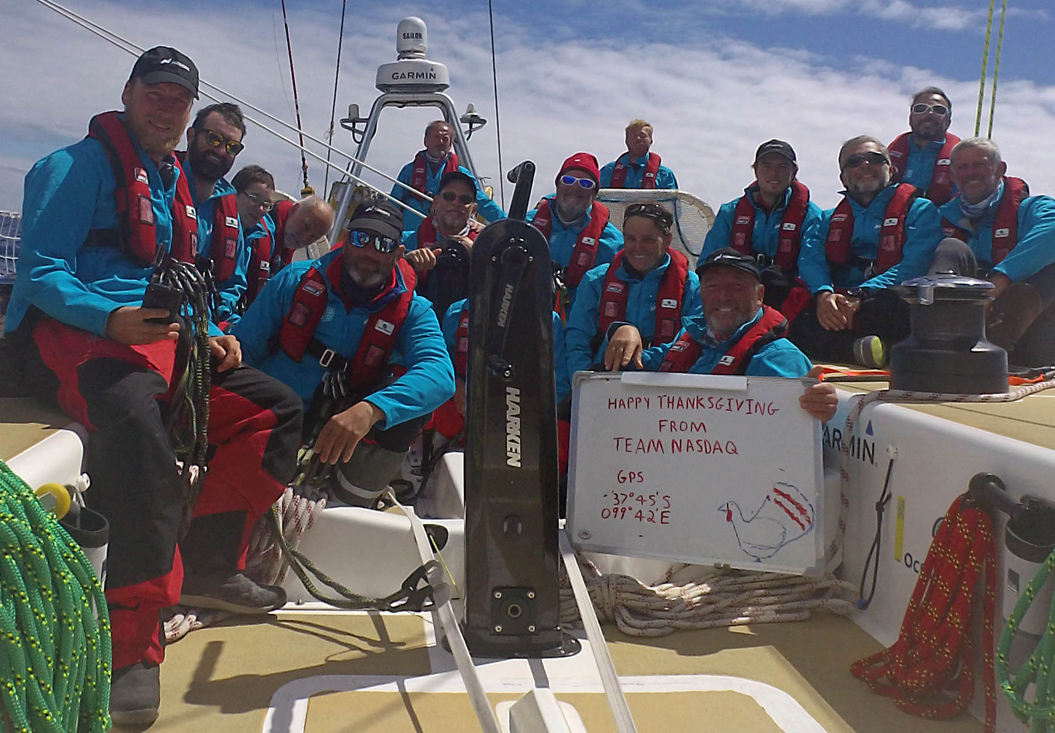 Image: The Nasdaq team celebrates Thanksgiving during Leg 3 in the Southern Ocean

Despite not gaining podium pennants, the Nasdaq teams determination and resilience saw them claim third place across the finish line in Race 5 during the Sydney Hobart Race. And win two Elliot Brown Ocean Sprints in both Race 7: The Forever Tropical Paradise Race from the Whitsundays, Australia to Sanya, China, where it also scooped third place in the Scoring Gate, and again during the aptly named Race 11: Nasdaq Race from Panama to New York, USA.

Arriving into New York was a significant moment for the team being the partner’s home port. During the stopover which bridged Leg 7 and Leg 8, the Nasdaq team had the opportunity to tour the Nasdaq Marketsite in Times Square for the opening bell ringing ceremony and see the team yacht up in lights on the Nasdaq Tower. 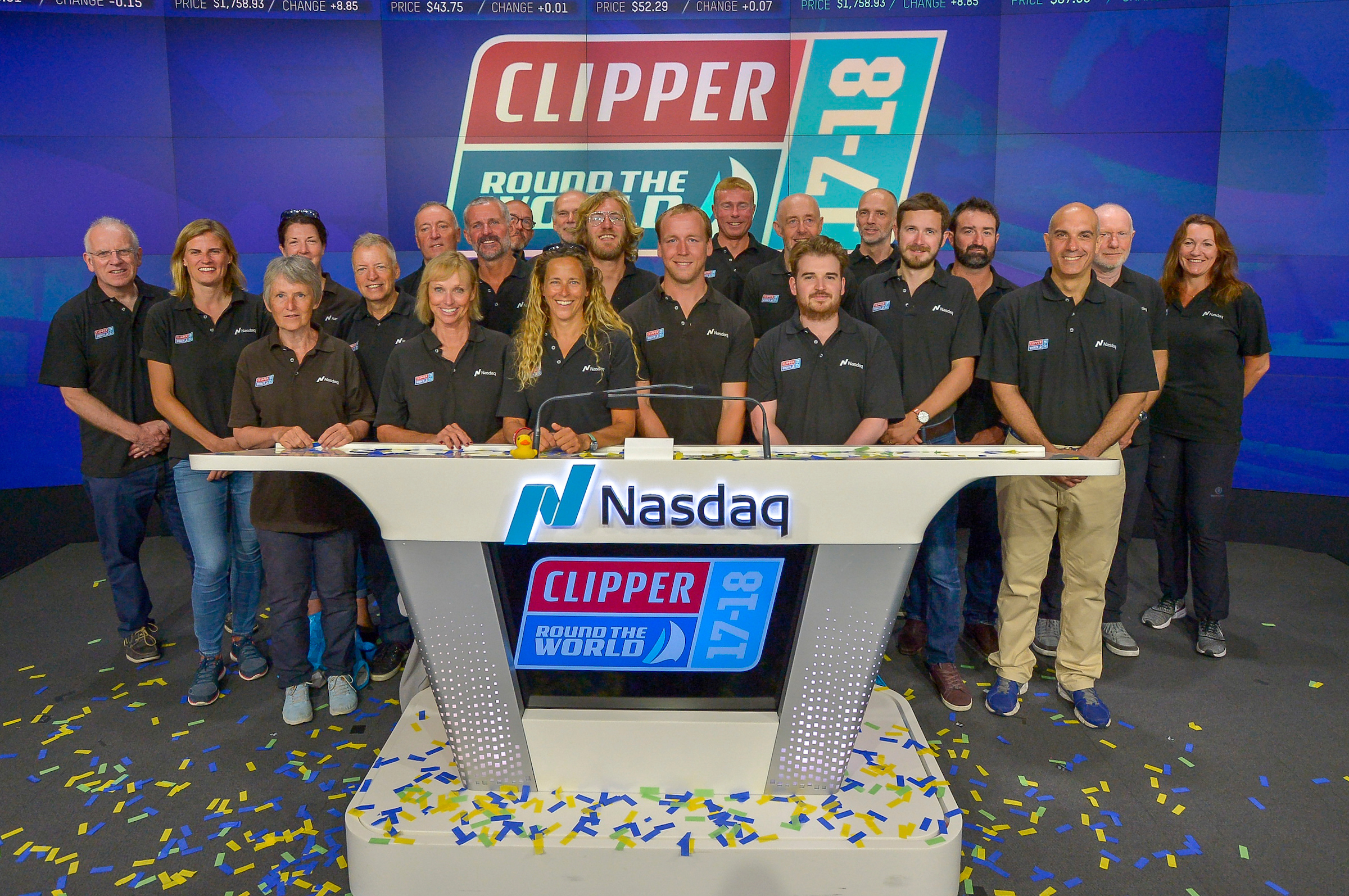 The talented team also sent back some fantastic images from on board, helping to tell their story via skipper and crew blogs, a dedicated team Instagram account and personal blogs, something the team was recognised for when they won the Race 3 photo competition. 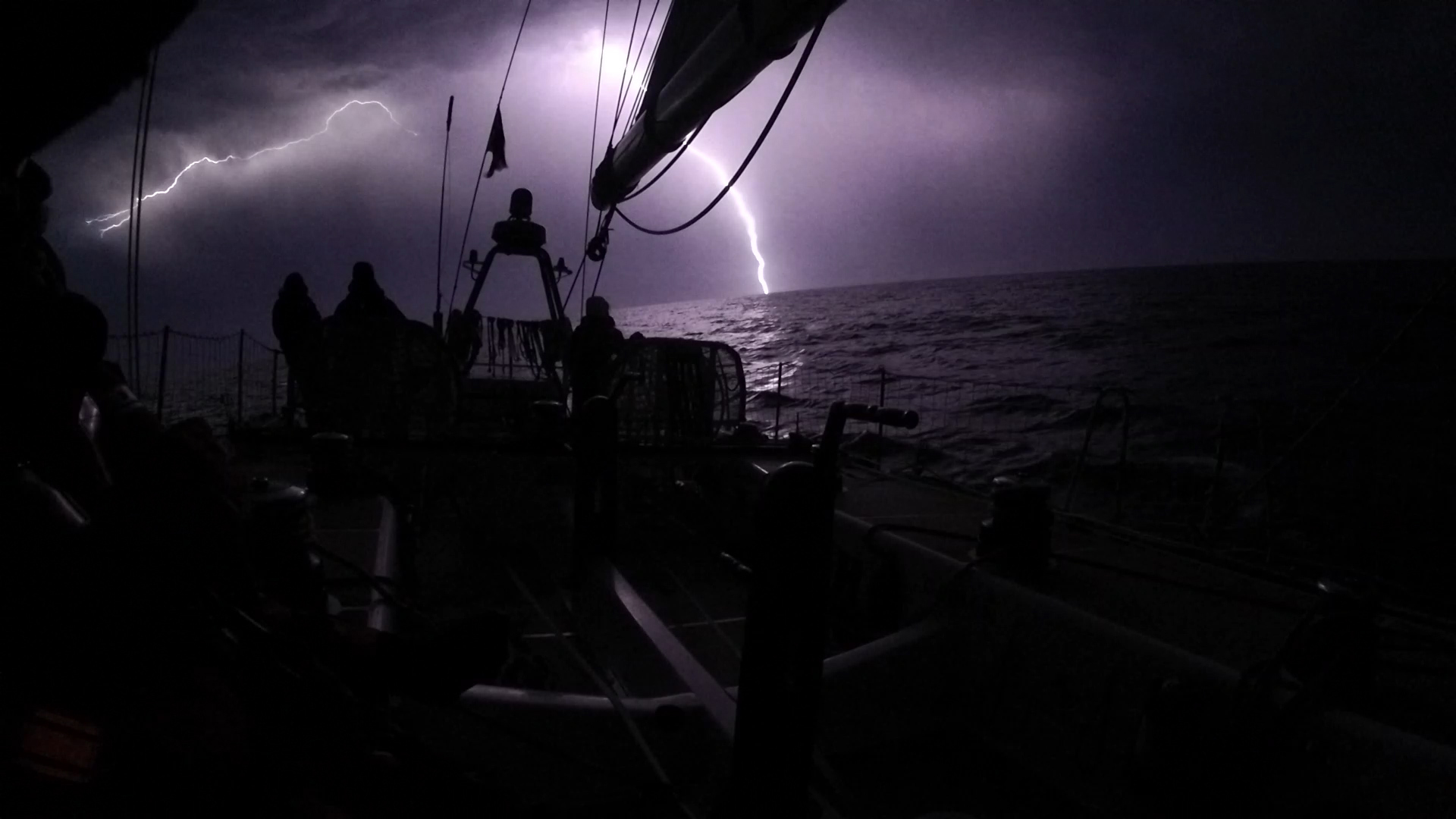 Summarising her experience in her final crew blog, Round the Worlder Ineke Van Der Weijden said: “There have been tough, cold, emotional, painful and downright unpleasant moments for sure. But they are easily out-weighed by the memorable, funny, happy, sunny, beautiful and exciting moments that I have shared with so many amazing people. I think I lucked out with the crew of Nasdaq. We might not have been the fastest boat, but we have been mostly a happy boat and that counts for a lot.” 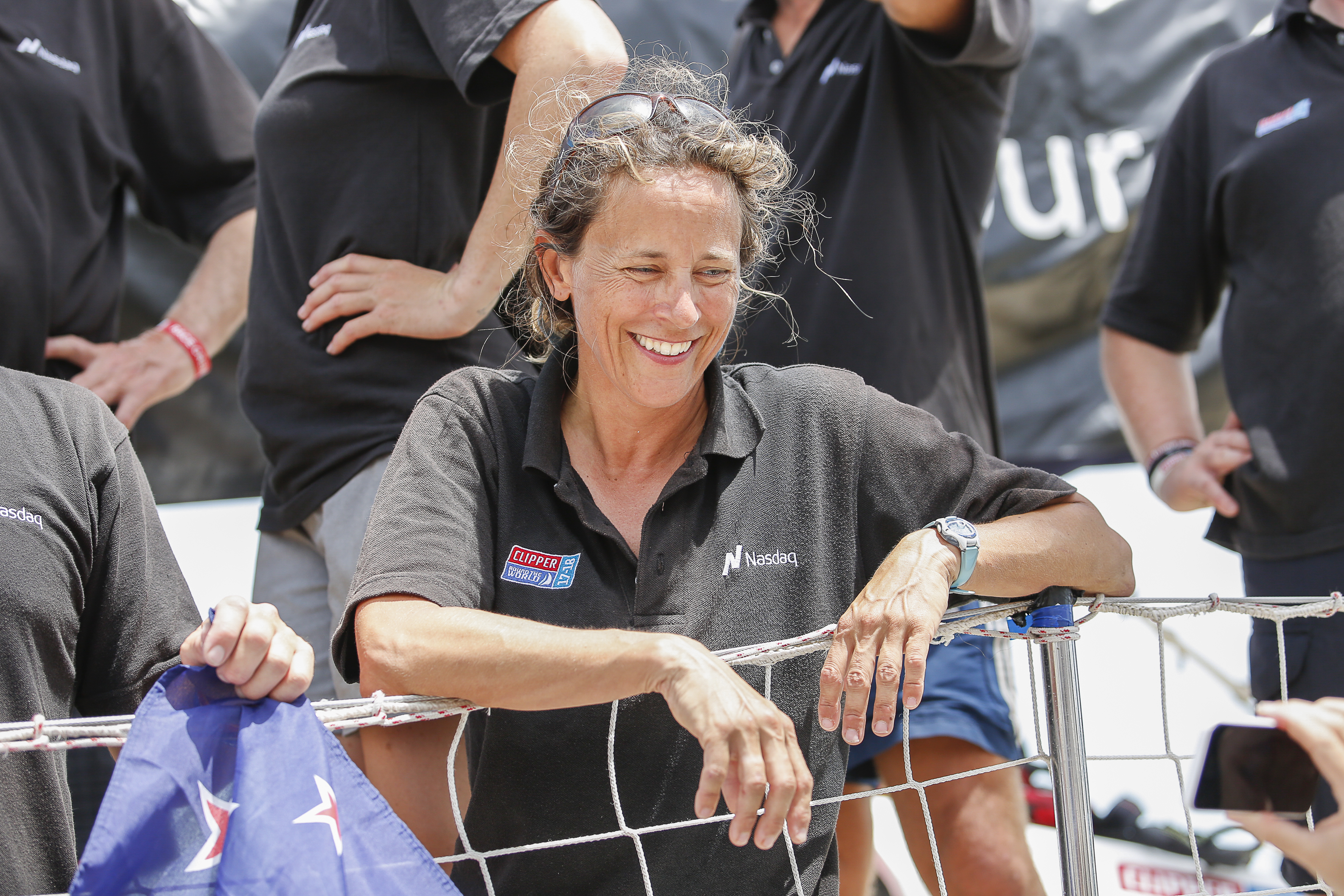 Congratulations to the entire Nasdaq team, and thank you for the blogs, the images, the good times shared and, of course, the tales of Nasduck!

Want to relive the Nasdaq team's experience? Read back through the crew diaries.