Qingdao, the Clipper Race’s longest standing Team Partner, and debut, Dare To Lead, were fourth and fifth to cross the Race 1 finish, as this busy first night of team arrivals continues.

It’s fair to say this was a race of snakes and ladders for Qingdao. Taking the lead from early in the race, it maintained the highest number of days in the lead, topping the leaderboard for twelve days and also securing the first three points of the Clipper 2017-18 Race, by crossing the Scoring Gate first.

Whilst it was also first to reach the Doldrums Corridor, its position in the fleet then slipped to a low of eighth place after struggling in the light airs of the ITCZ (Inter Tropical Convergence Zone). 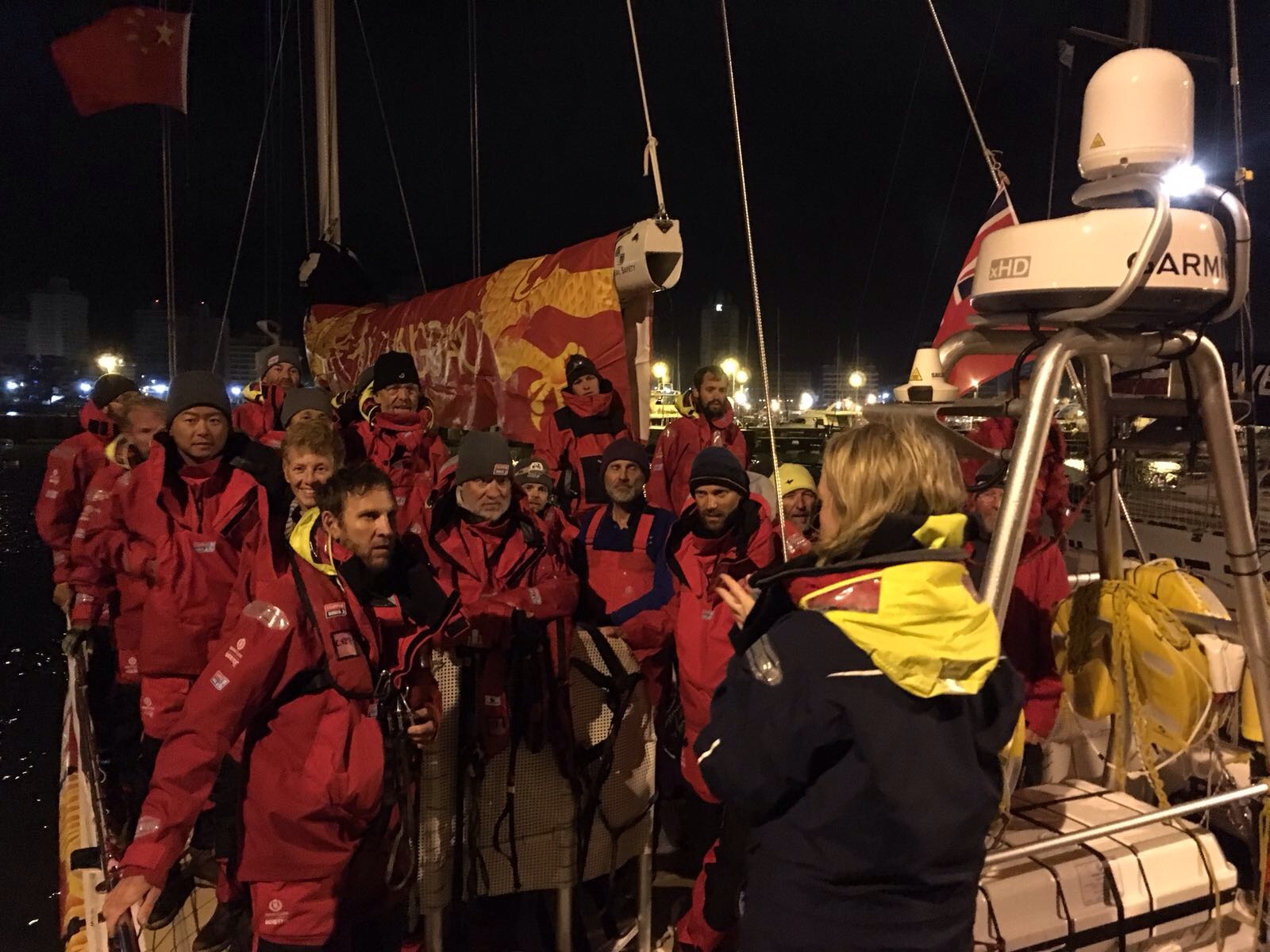 Tanya Holbrook, 31, doing the first two legs, from Liverpool to Cape Town, says: "It was definitely as long as I thought it was going to be. A totally epic adventure. The people were even better than I imagined, and yeah it was fantastic. Really proud of the team and how we have done. We got three points in the Scoring Gate too so that was a great boost!

Dare To Lead has been a consistent force on the leader board since leaving Liverpool. A strong start saw it feature in the top half of the fleet for the majority of the race, even making a strong recovery following the medevac of crew member, Jerry Stokes.

The diversion, close to the Brazilian Island of Fernando de Noronha, meant that Dare To Lead had to battle into strong headwinds. Opting to take a line further offshore for the last 1000 nM saw Dare To Lead climb back up the leader board to cross the finish line at 06:06:56 UTC.

Skipper Dale Smyth says: "It's been long. It's been amazing how the table have turned week by week, day by day. You think you're up the front, then you're at the back, and then you think you're at the back and then you're up the front. So it's been a lot of gambling, a lot of interesting, tactical decisions, and just really good to be here after 30-odd days at sea."

Dare To Lead crew member Justin Heiner celebrated his 38th birthday at sea. The Texan has signed up for the whole 40,000 nautical mile circumnavigation and says: "This race is more about the people. 20-odd people all on these 70-foot boats is a lot of people, and you are dealing with a lot of different personalities.

"But I enjoyed most [of the race]. The sailing, getting along with people, the different people from all over the world. The other thing I enjoyed was getting time flying spinnakers. The long Trade Wind runs, the downwind runs were nice, lots of helming time, so that was fun."

The final standings for Leg 1 will be confirmed once redress is applied to Visit Seattle and Greenings.