Most of the Clipper Race teams are now within the Doldrums Corridor which is making for some interesting tactical decisions. Qingdao still leads the fleet with Sanya Serenity Coast up to second place and GREAT Britain not far behind in third.

Skipper of Qingdao, Chris Kobusch, reports: “The past 24 hours have been pretty uneventful. We are sailing through the Doldrums Corridor at a steady course and speed in somehow steady winds (who would have thought!?). The majority of the fleet has entered the corridor and it seems it has split into two groups - one going east, one going west. We will see in a few days which tactic pays off.”

All of the teams that have crossed the northern gate have now either started motoring, or informed the Clipper Race Office of their intention to start motoring, according the Doldrums Corridor Rule. Some teams are using this section of the race to reflect on the challenge ahead and to maximise the chance of rest while not under sail. 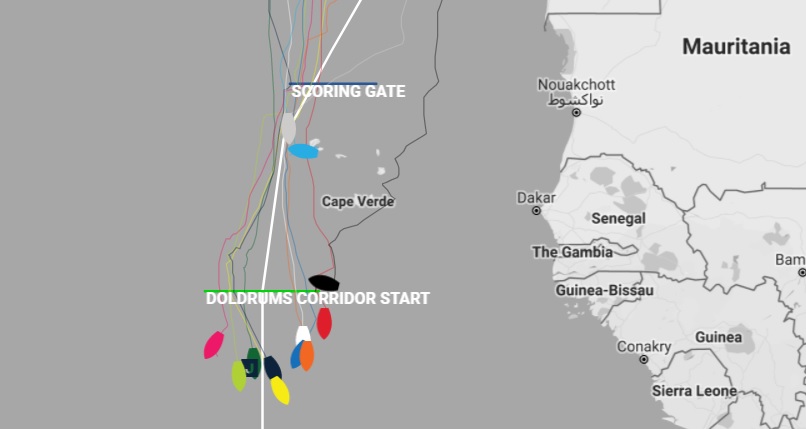 Wendy Tuck, Skipper of second-placed Sanya Serenity Coast, said: “The planning for the last part of this race has started, there is still a long way to go and anything can happen as it usually does in a yacht race.”

Although most teams are now under motor, the Clipper Race crew are aware of the changeable conditions in the Doldrums. Skipper of third-placed GREAT Britain, Andy Burns, explains: “The Doldrums is hot and packed with variable wind conditions to navigate around. The crew are ever ready for the next squall or rain storm which often brings some well overdue wind and a free fresh water shower.”

Not far behind the top three are Visit Seattle, Unicef and HotelPlanner.com in fourth, fifth and sixth place respectively, who are also now motoring after entering the Doldrums Corridor. Conall Morrison, Skipper of HotelPlanner.com reports: “We elected to use our motor soon afterwards. We plan to use the time (60 hours) of motoring to go through a few maintenance tasks and give the good ship a good clean.”

At the time of writing, Liverpool 2018 and PSP Logistics have informed the Clipper Race Office of their intention to motor and are currently in seventh and ninth place, with Dare To Lead currently sitting between the two teams in eighth place. 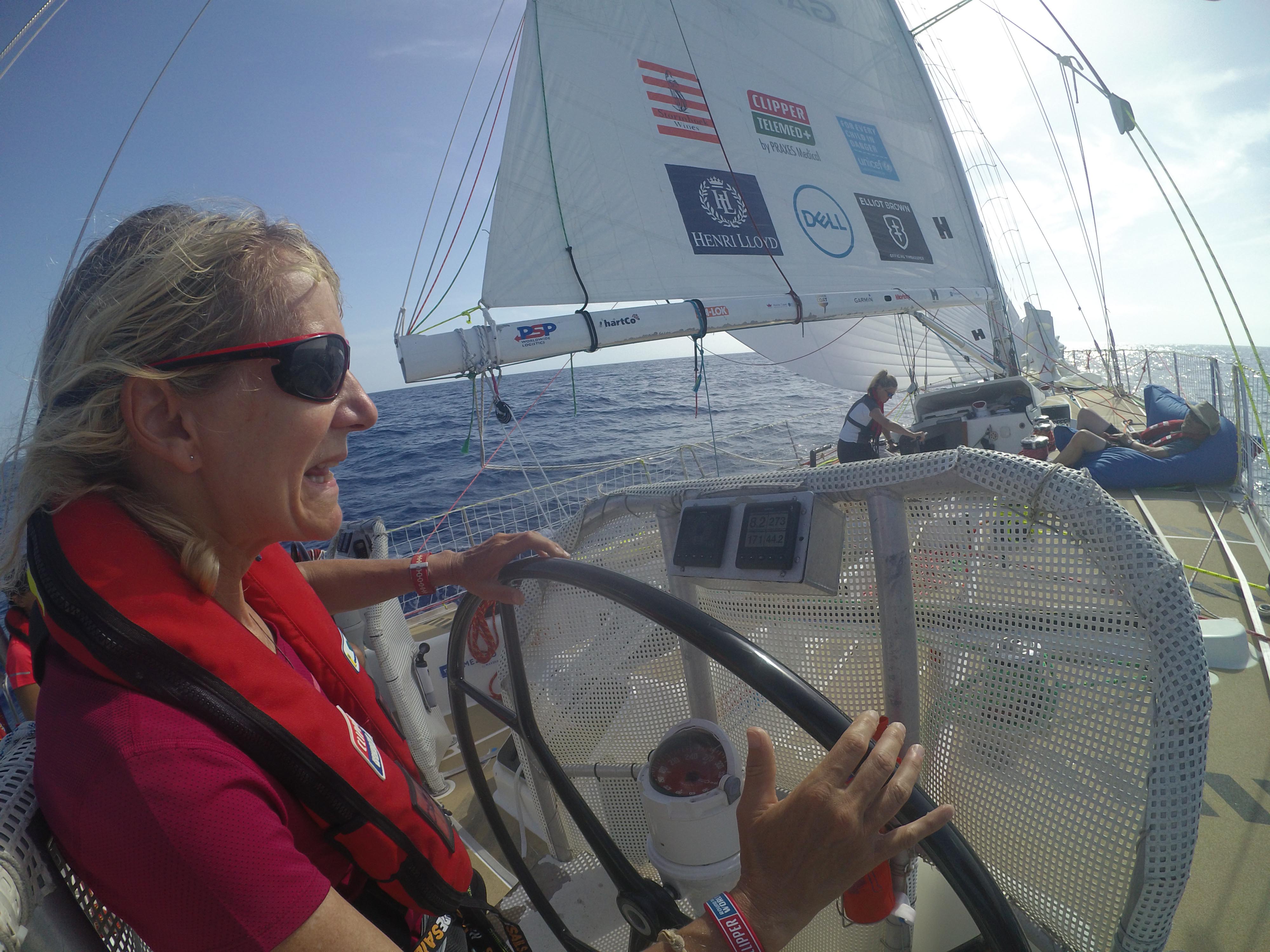 IMAGE: Garmin is preparing to gybe to enter the Doldrums Corridor

Nasdaq, currently in eleventh place, diverted to the Cape Verde islands yesterday evening to medevac a crew member as a safety caution. Skipper, Rob Graham, whose team has re-joined the race, reported last night: “The procedure went smoothly and we have now seen David off to hospital and completed the necessary formalities. We are now heading back to the position where we ceased racing in order to re-start racing as soon as possible.”

In twelfth place, Greenings has made progress in catching up with the fleet following its own diversion to Porto earlier in the race. Interim Skipper, Dan Smith, says: “We have now gybed towards the Doldrums Corridor and we are making good speed. I know the forecast in front looks terrible but I can't help but hope today’s will be better than yesterday’s and we will be able to sneak into the Doldrums Corridor and motor south ready to keep fighting to catch up with the fleet.”

Clipper Race Meteorologist, Simon Rowell reports that it has been a busy time in the tropical Atlantic and the depression that’s heading off to the west, and will miss the fleet, has been upgraded to Tropical Storm Jose. Although the fleet in the Doldrums is currently under motor, it is expected that the southern-most boats will start seeing the first dribbles of wind from the south west quite soon.

UPDATE 23:00 BST - 5/9/2017At approximately 21:00 BST, Nasdaq arrived as planned into Mindelo, São Vicente, to transfer crew member David Harries to hospital following diagnosis of possible DVT. We are pleased to report that David has been taken to hospital and we wish him…

The Doldrums Corridor is fast approaching and with current weather predictions favouring teams towards the back of the fleet, it will be tactically fascinating to watch over the coming days.While yet to officially enter the Doldrums Corridor, the latest weather reports show the Intertropical Convergence…