The first few teams have commenced the Elliot Brown Ocean Sprint but with two boats in Stealth Mode and some tricky weather conditions, it’s an edge-of-the-seat kind of sprint for Race Viewer fans.

Clipper Race Meteorologist Simon Rowell has advised the eleven strong fleet of the changeable conditions they will encounter over the next 24 hours. Liverpool 2018, who is in catch up and approximately 400 nautical miles behind, could expect a ‘quite fruity’ 30-40 knots.

The rest of the fleet, Rowell says, are in: “various stages of the decaying front. This is not a very useful one either. Ahead of it there are reasonable SSW (ish) winds, behind it useful NW, but under it all sorts of patchy, shifty, opportunity-rich breeze.”

Unicef and Qingdao have both chosen to activate their invisibility cloak on Day 10 of Race 12: LegenDerry Race. Before this, standings showed Visit Seattle and Garmin racing in the leading pack, with Unicef’s last known position in the top three too so it will be an exciting wait until we can discover the pace they have managed in the sprint.

The fog has descended on Nasdaq as they race in the southerly pack. Speaking about the conditions Skipper Rob Graham says: “Well, it's a good thing we have GPS - because on days like this, that's the only way of knowing that we've moved. Nasdaq actually made some decent mileage, all of it through a featureless grey waterscape. Without a horizon, the dark grey sea blended into a mid grey sky, with an unrelenting grey drizzle throughout, and nobody else on AIS or radar.”

And the weather has been keeping the crew of GREAT Britain on its toes, albeit in a different way, due to the frequent sail changes the changing wind has brought about. Skipper David Hartshorn has had a frustrating day with ‘the exclusive rights to two wind holes’ and says: “It started so well yesterday morning, with the Code 3 (heavyweight spinnaker) up and reaching speeds of 16 knots. We then hit our first wind hole and wind shift putting us back to white sails. Then back to the Code 2 (mediumweight spinnaker), another wind hole, wind shift back to white sails.” 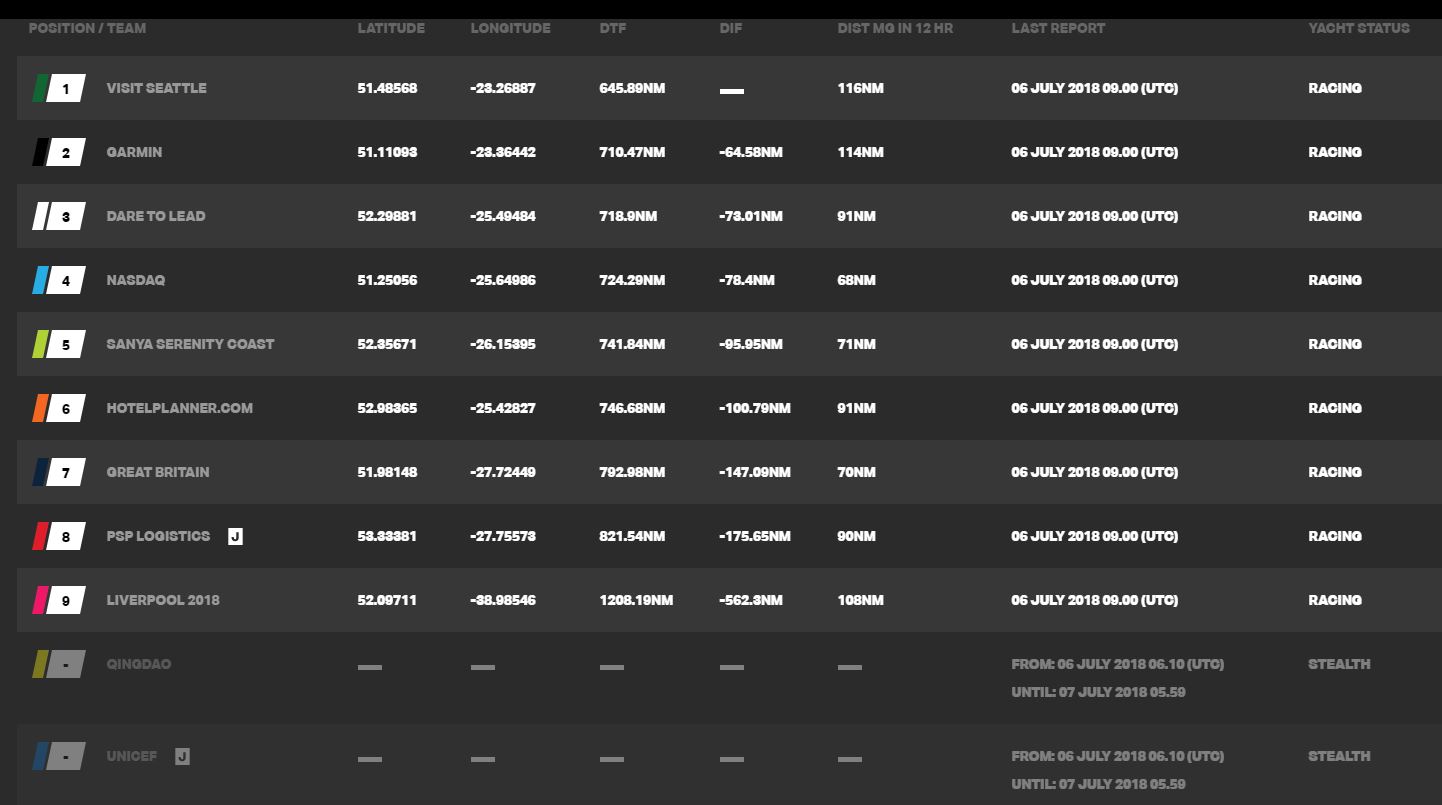 Sanya Serenity Coast has been making the most of the fast conditions over the past day but the team is mindful of what is up ahead and the impact this can have on their overall leading position in the Clipper 2017-18 Race. Skipper Wendy Tuck reports: “Today has been a fast blast sail - awesome fun overnight and today. It has been awhile since it’s been really fast and furious - there were a lot of wide eyes on board.

“Now the breeze has dropped a fair bit but we are still sailing along nicely and back in the correct direction. This race is proving to be one of the most tactical and stressful with so much on the line for all of us, and the great wind lottery about to come into play yet again.”

It’s full steam ahead for the fleet on the ninth day of racing. Boat speeds are back in double figures after a frustrating day and night moving from one high pressure system to another. After this transitional weather passed, the teams are now eating up…

After no points were issued for any teams for Race 9 (Leg 6), the Clipper Race Committee has finalised the…