The miles to Punta del Este, Uruguay, continue to fall away on Day 19 of Race 2: The Commodore’s Cup, and there is a serious battle brewing at the front between Visit Sanya, China and Qingdao.

As it continues racing off the coast of Brazil, Visit Sanya is celebrating it’s fifteenth consecutive day in the lead. However, the top spot on the leaderboard could be under serious threat. Qingdao, which played its Joker Card for this race, made huge ground overnight, covering 129 nautical miles (nm) in the last 12 hours alone, to move to within 14nm of first place. Visit Sanya Skipper Seumas Kellock is keeping a close eye on his challenger and said: “As the morning grew old, the wind came less and less from the east and more and more from the south, completely un-forecast which made my frustration even worse. This had turned our beautiful day of beam/ broad reaching into a day of beating up wind. It has been slower, more uncomfortable, but worst of all, not the direction I wanted to be going.

“The wind has now come back around to an acceptable direction but it has cost us dearly, allowing Chris and his team on Qingdao to make up some serious ground on us.” 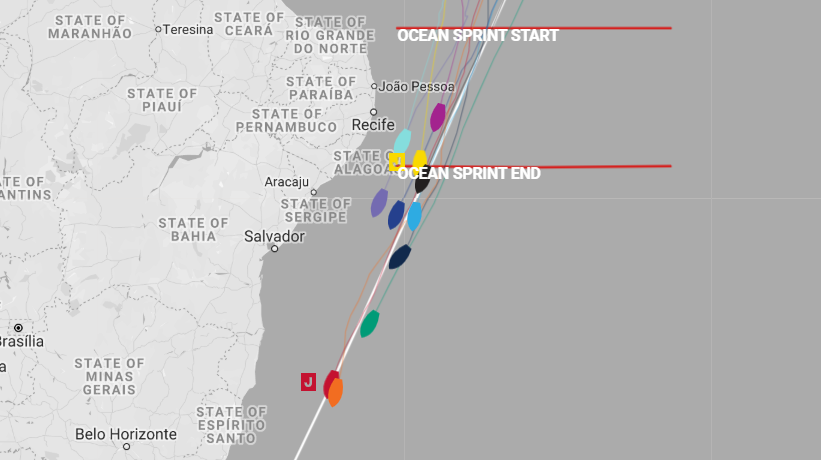 Ha Long Bay, Viet Nam remains in third place but has fallen off the pace, now 148nm behind Qingdao. While there is still a healthy gap on the fourth placed Dare To Lead, Ha Long Bay, Viet Nam Skipper Josh Stickland commented: “Well, we are chewing up the miles; 1,776nm to go while writing this so we are finally on a beam reach! I think this is our first time since London that we have been on this point of sail for a prolonged period.

“This Race 2 is a long one and requires a lot of focus from us all. The crew have done well for the 19 days so far but they must continue this right till the very end, and that is what me and Hugo (our Mate) shall continue to do.” 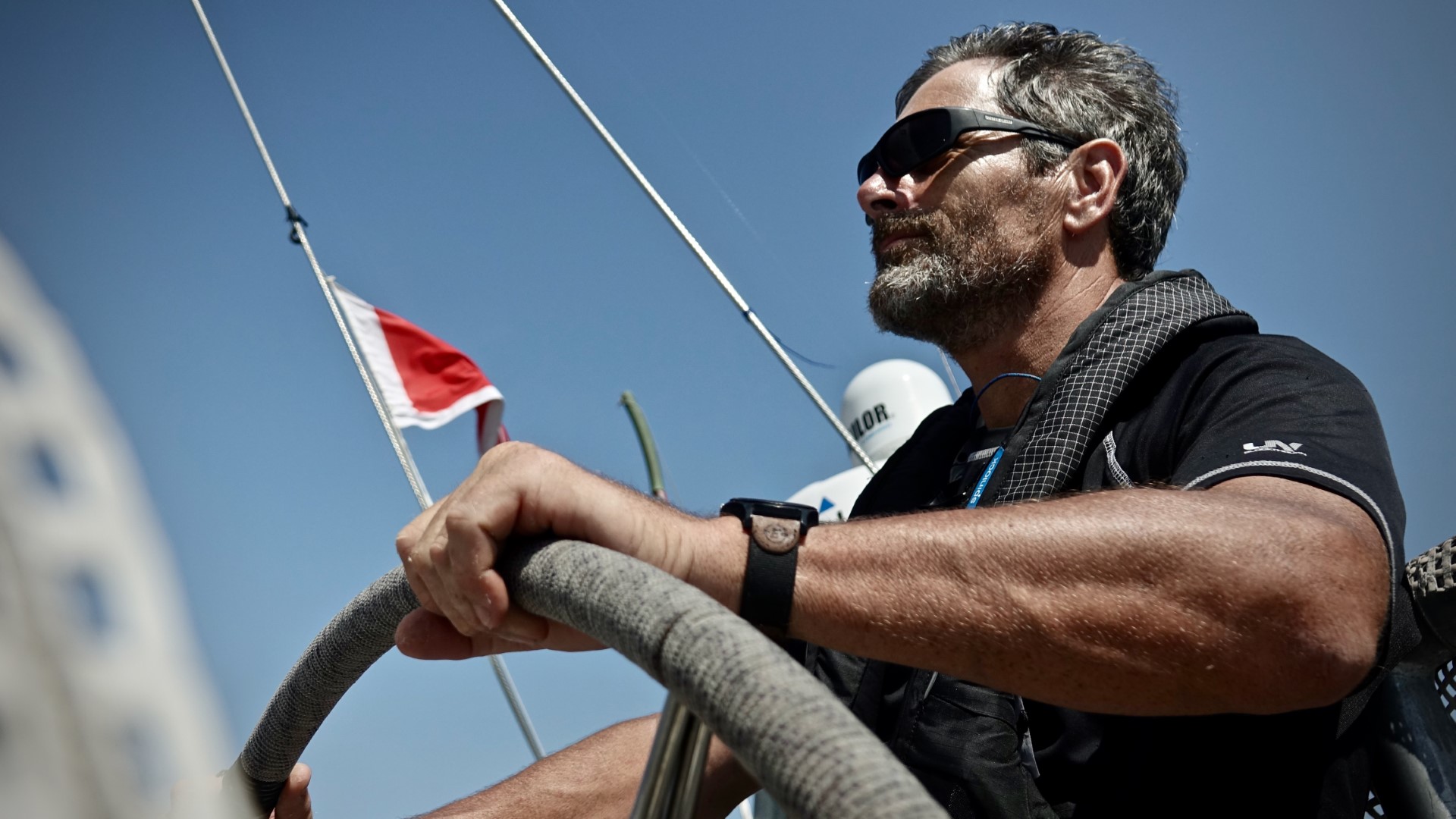 IMAGE: Round the world crew member Brian McNealey at the helm of Imagine your Korea.

The final three teams - Punta del Este, GoToBermuda, and Imagine your Korea, are due to complete the Dell Latitude Rugged Ocean Sprint today, meaning the final bonus points on offer in Race 2 will soon be decided. With everything to play for, the yachts at the back of the fleet are pushing just as hard as those at the front did. Imagine your Korea Skipper Mike Surridge reported: “An ocean sprint is a bit like running a marathon and then just for fun somebody puts a 200m sprint into the run! The sea is bouncy, and we are bombing along so it’s a bit of a bucking bronco ride just now.

“On a positive the Dell Latitude Rugged Ocean Sprint has increased focus on our speed and we have had up to 13 knots.”

Which teams will be awarded the precious three, two and one bonus points on offer? Keep an eye on the Clipper Race Viewer to follow the fleet’s progress, and catch up on all the latest news here.

On the eighteenth day of racing in Race 2: The Commodore’s Cup, the leaderboard remains unchanged at the top, with…

With favourable conditions on Day 17 of Race 2: The Commodore’s Cup to Punta del Este, Visit Sanya, China continues to stay ahead of the rest of the fleet, and has crossed the Dell Latitude Rugged Ocean Sprint finish line at 0511 UTC…

At the approximate halfway point of Race 2: The Commodore’s cup, from Portimão to Punta del…

The top of the leaderboard remains unchanged with Visit Sanya, China and Qingdao being the first two teams to cross…