The countdown clock on Race 2: The Commodore’s Cup is definitely ticking, with potentially less than 36 hours of racing to go before a winner is crowned in Punta del Este, Uruguay.

Less than 500 nautical miles (nm) of the 5,196nm race across the Atlantic Ocean remain for the leaders, Visit Sanya, China and Qingdao. And after 24 days of racing, just 1nm separates the two teams, who are currently expected to arrive at Yacht Club Punta del Este on Friday.

But, as the teams know all too well from the light wind shutdown in the final stages of Race 1 to Portimão, Mother Nature always has a few tricks up her sleeve. The windholes in the final stretch to Uruguay are continuing to cause problems, with Qingdao covering only 26nm to Visit Sanya’s 42nm in the last 12 hours of racing. 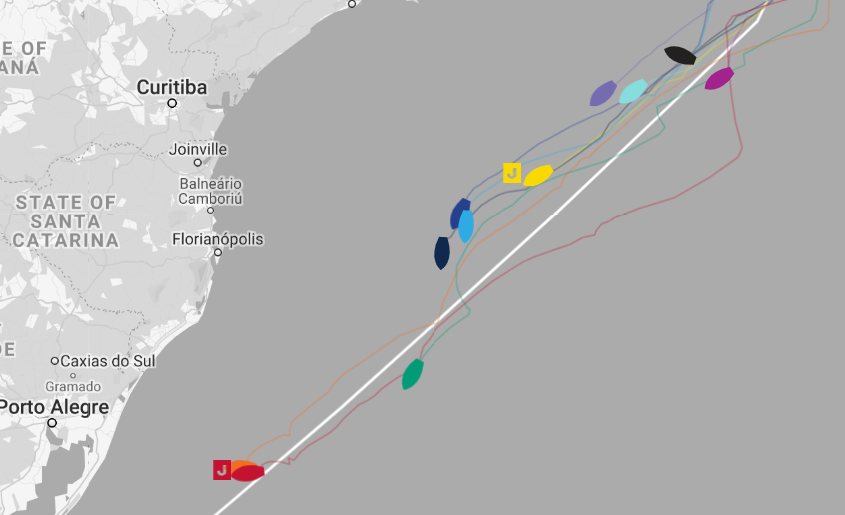 Qingdao Skipper Chris Brooks explains: “We played the last shutdown very well, choosing an offshore passage to find a thin edge of the wedge of low wind. It cost many miles but we were largely unaffected by the shut down, slowing down for just a couple of hours and never really stopping which took us into first place.

“It looked like the offshore route was going to continue to pay and so we kept our separation from the rhumb line. If you were to believe the interpretation of the GRIB, we would have expected that Visit Sanya would be slower than us in this last day too and moving in through the night, but at last look on the update, they are sailing and we haven't moved in three watches now.”

Stealth Mode, a tactic which allows a team to disappear from public view for 24 hours, remains popular across the fleet, with three teams - Dare To Lead, Seattle, and WTC Logistics - currently hidden to all but the Clipper Race Office. 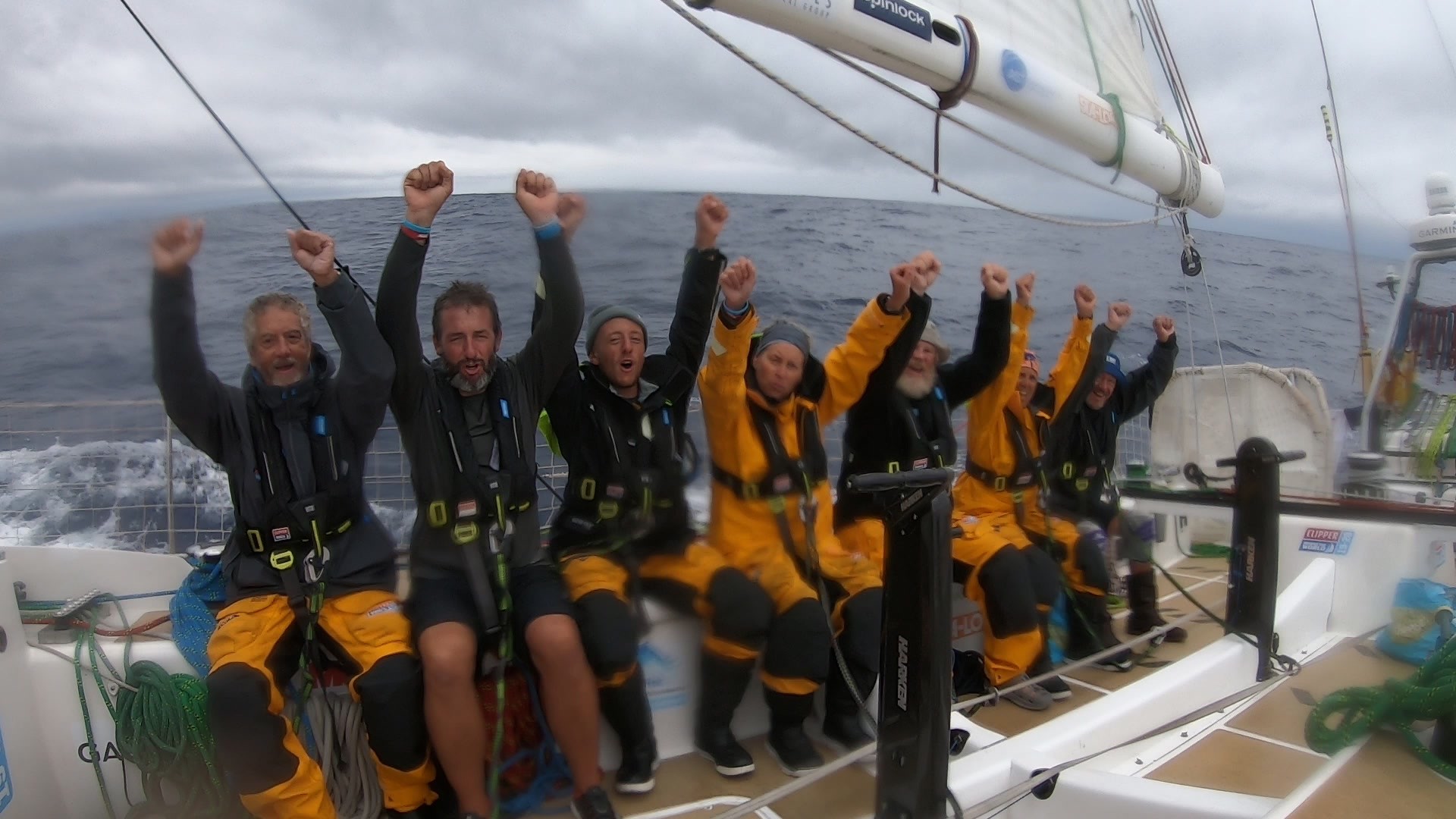 IMAGE: The crew on Unicef making the most of racing through squalls.

Seattle will be the first of the three to reappear on the Clipper Race Viewer at 1155 UTC today (9 October), though the team can’t quite hide from the yachts nearby. The fourth and fifth placed Unicef and Zhuhai are at present just 5nm apart, and are both keeping an eye on Seattle.

Zhuhai Skipper Nick Leggatt reports: “No sooner had I finished writing the blog than the wind immediately shifted nearly 180 degrees and we had to drop the spinnaker quickly. Not only did it shift dramatically, but it also quickly died away to almost nothing, allowing Unicef to gain a few miles on us. After that it was a cat-and-mouse game for a couple of hours, as each boat tried to scamper from the effects of one cloud to the next in an effort to reach the southeast wind on the other side of the frontal system, most of the time in heavy rain which later gave way to a constant drizzle.

“At present, Unicef remains slightly ahead of us and Seattle just behind, but we have some thoughts on how to get further ahead while transiting the high pressure ridge. Light wind forecasts are notoriously unreliable, so it remains to be seen how our strategy will work out.”

Keep an eye on the Clipper Race Viewer to see where Seattle pops up out of Stealth Mode and how the rest of the fleet fares in the final sprint to Punta del Este.

The ETAs to Uruguay will be regularly updated on the Clipper Race website and all the information about the Fan Zone at Yacht Club Punta del Este can be found on the Host Port Page here.

After dominating the rest of the Clipper Race fleet for the first 4,000 nautical miles of Race 2: The Commodore’s Cup to Punta del Este, Uruguay, Visit Sanya, China has fallen off the leaderboard. And that can only mean one thing: the race leader has…

The verdict is in; the Clipper 2019-20 Race Crew have deemed the inaugural Portimão stopover a huge success!The fleet and…