After dominating the rest of the Clipper Race fleet for the first 4,000 nautical miles of Race 2: The Commodore’s Cup to Punta del Este, Uruguay, Visit Sanya, China has fallen off the leaderboard. And that can only mean one thing: the race leader has gone into Stealth Mode.

Each of the eleven Clipper Race teams can opt to go into Stealth Mode once every race, with the tactic allowing the team to disappear from public view for 24 hours. While the Race Office is aware of the yacht’s position and in constant contact with those on board, the team in Stealth Mode will be invisible to all other Clipper Race teams out of AIS range and to the public.

With less than 1,000 nautical miles (nm) to go until Punta del Este, Visit Sanya went into Stealth Mode at 0610 UTC this morning (7 October), meaning the team will be hidden on the Race Viewer until 0559 UTC tomorrow.

Visit Sanya has been first on the leaderboard for the past 16 days, though in the 24 hours leading up to the team going into Stealth, the second placed Qingdao narrowed the gap to just 16 nautical miles (nm). And with just a week of racing remaining, the two parted ways tactically yesterday, with Visit Sanya heading west closer to Brazil, and Qingdao heading southeast, further offshore.

Visit Sanya Skipper Seumas Kellock says: “Today has been an extremely varied day on board Visit Sanya. We swapped from the Code 2 Spinnaker to our smaller and stronger Code 3 Spinnaker as the wind was forecast to increase as the morning came. Sure enough it did increase, but well past the 21/23 knots that was forecast, all the way up to 30+ knots - we were flying along. We hit our top boat speed this race at 21.1 knots as the boat flew off the top of a wave and surfed down into the trough.

“This weather front that has been forecast is well and truly over us now with winds down to 5 knots or so. We’re making best speed towards Punta del Este and are ready for the stronger winds that lie on the other side of this weather front. Ever hoping that our decision to stay west against our rivals Qingdao’s decision to go south pays off in the long run.” 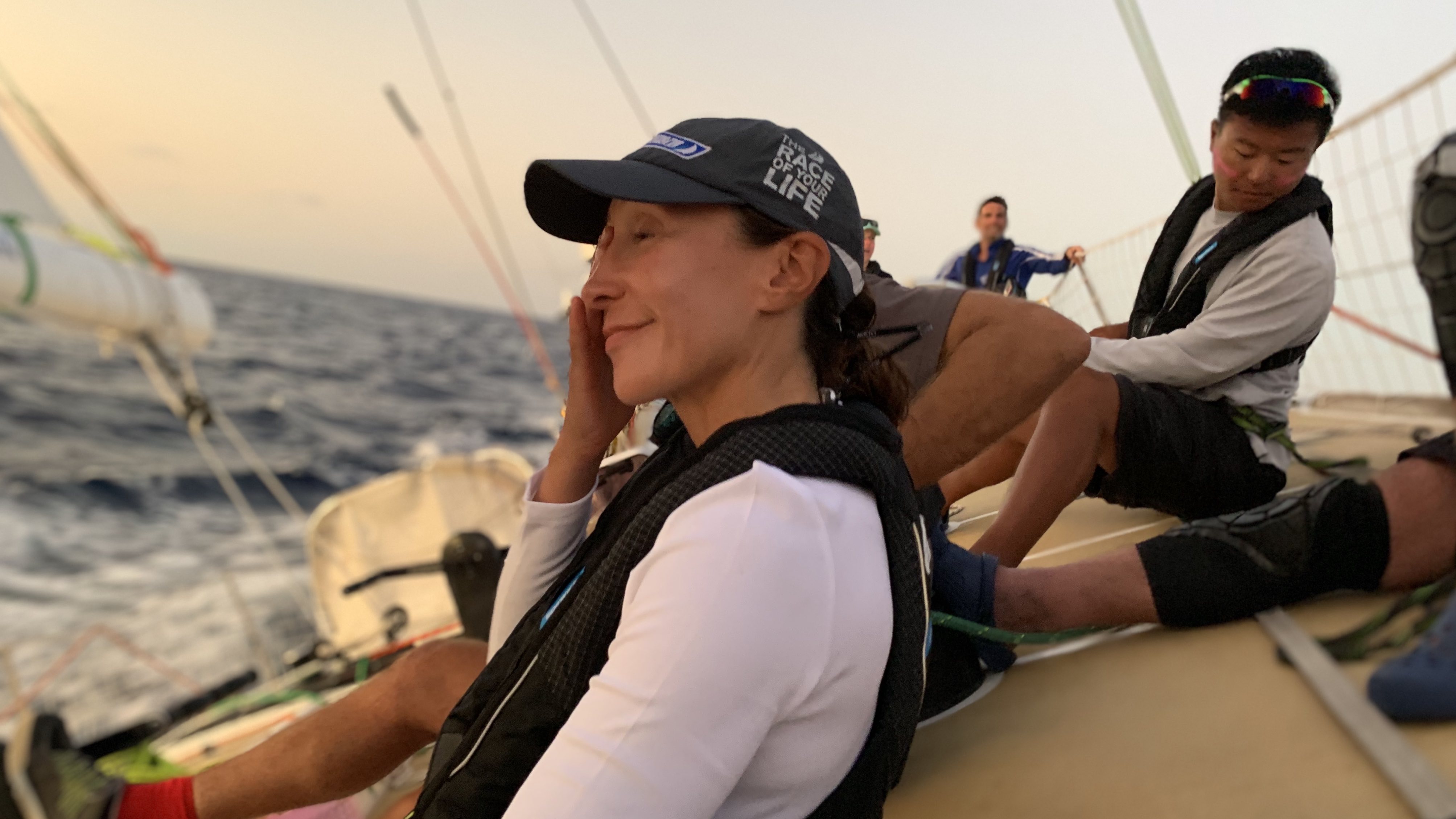 IMAGE: the team on board Qingdao on Day 22 Race 2 to Punta del Este.

Qingdao has also hit the windhole, as Skipper Chris Brooks explains: “With two converging and opposed wind directions, there left a huge wedge shaped void in the breeze in a north-south fashion protruding from the land. Having a typical wedge shape and as such having a thin end, we opted to head offshore to cross this thinner band of light variable winds, rather than the thicker part.

“But we had lighter pressure offshore all day and now it seems our thin end of the wedge isn't so thin. I can only hope that now we haven't lost too many miles to the great Visit Sanya in the process and allowed [the third placed] Ha Long Bay, Viet Nam to coast back into the race.” 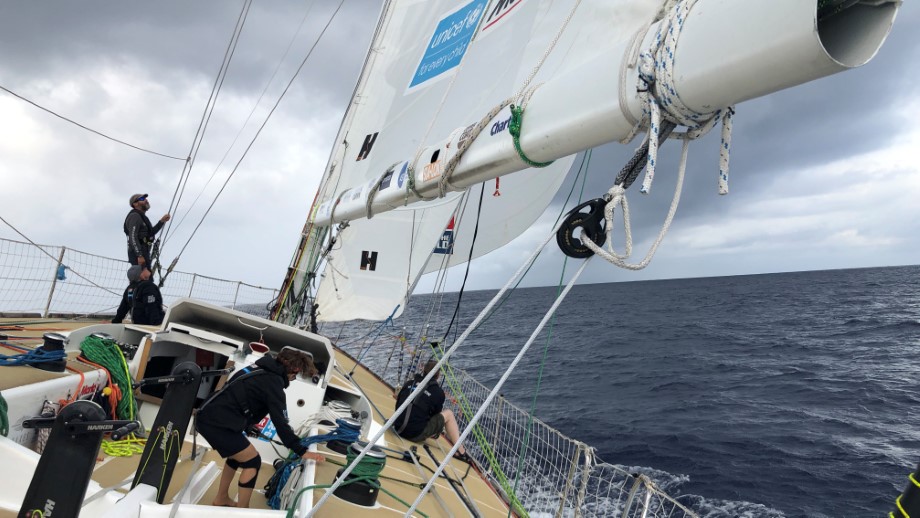 The windholes around Punta del Este are also causing headaches for those further back in the fleet. Mark Burkes, Skipper of the eighth placed WTC Logistics, comments: “It is quite possible for us to pick up Unicef or Zhuhai as the airs become light and variable or, alternatively, for GoToBermuda or Imagine your Korea to quickly catch us if we 'park up' in such a windhole.

“After several thousands of miles, to win or lose time so late in the game seems cruel, but we all suspected that this last 1,000 nautical miles and the approach to Uruguay could be challenging tactically and it looks likely to fulfil its promise.”

Keep an eye on the Clipper Race Viewer to follow the fleet’s progress and catch up on all the latest news here.

After 21 days at sea, there is now only just over a week to go until the winner of Race…

The results are in for the Dell Latitude Rugged Ocean Sprint and what a sprint it was. Only three hours and 21 minutes separated all eleven teams and the winner has been announced.Punta del Este was the fastest by just over one hour, a two-in-two…