On Day 11 of Race 3: The Spinlock South Atlantic Showdown, Mother Nature is treating the fleet to a multitude of challenging weather conditions as the teams battle their way to Cape Town.

Skipper on board Seattle, David Hartshorn, reports: “The team really pulled together and in the howling winds, pouring rain and sometimes even hail we were able to sort out our sails and go to a more conservative sail plan and get moving again in a pretty good direction, with not too much time lost and most importantly no damage to anyone or to the sails.”

Whilst Mike Surridge, Skipper of Imagine your Korea, who are currently placed 7th on the leaderboard said: “Reaching gusts of 50 knots, it was ‘hang onto your hat’ time, and just to make sure that Neptune made us all aware who is in charge, he threw a hail of almost ice like rain at us. Probably not one of the most pleasant experiences at the time, but with a little embellishment, fading of minds and rose tinted memory, it will make a great tale for the pub.” 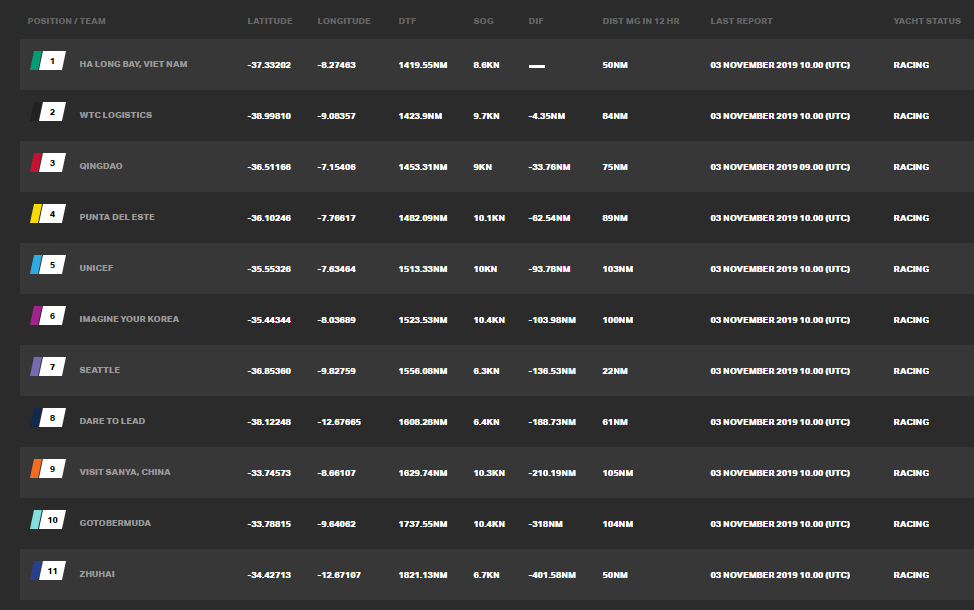 It is close at the top of the leaderboard with the top three teams within 83 nautical miles between them. Currently leading the way to Cape Town is WTC Logistics and the team is not feeling complacent with its achievement.

Skipper Mark Burkes said: “The next issue is whether or not, once the wind has veered south-westerly, we will be able to stay sailing fast towards Cape Town with sufficient speed to make it in before the high pressure behind swallows us up. Apparently, we are now first in the rankings at the time of writing this blog (we'll enjoy that whilst we can), our southerly position on the fleet and our east going course is about to be damaged but looking at the fleet they too have the same challenges.” 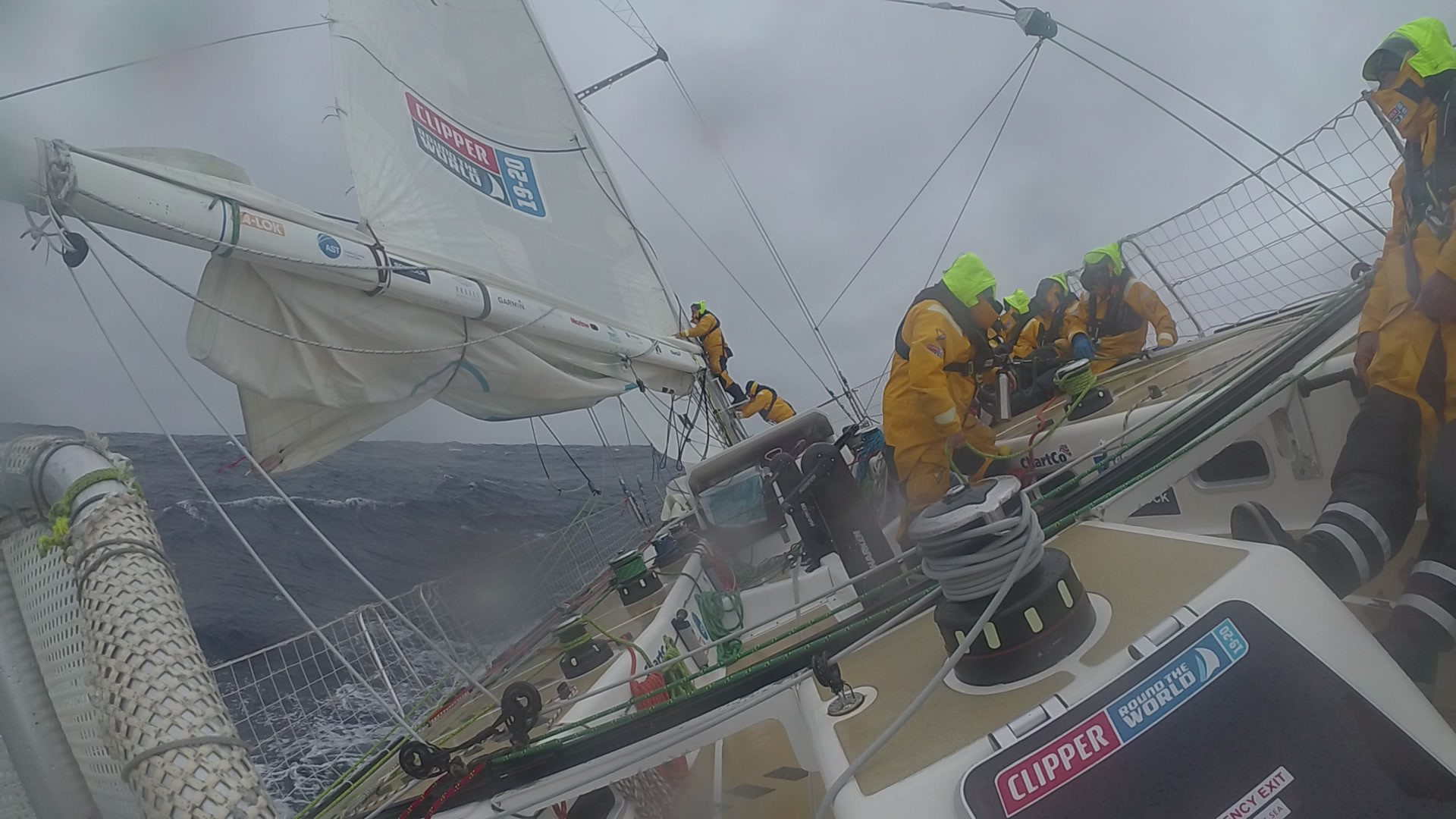 The Skippers have their eyes glued to the changeable weather forecasts and are carefully planning their routes to avoid tricky situations whilst making tactical racing and sail change decisions. Clipper Race Meteorologist Simon Rowell has reported the low that the teams have experienced is gradually easing but still packing an unnerving punch.

As he looks forward to arriving in his home port, Capetonian Skipper Nick Leggatt on board Zhuhai reports: “This time yesterday we were barreling along in gale force conditions and driving rain, and then just as suddenly, in the day time, the wind switched off and the sun came out. We were in the eye of the gale. Ever since then it has been a frustratingly slow game of trying to creep forward while waiting for the second part of the gale to reach us.”

And he doesn’t have long to wait with less than a week until the fleet are due to arrive into Cape Town. Find all the ETA’s for the fleet’s arrival here. With positions changing all the time, as the teams face various threats in the coming days, keep an eye on all the action via the Race Viewer.

With one storm down, and another approaching on the horizon, the Clipper Race fleet has been tackling eight metre high…