Race 3: The Dell Latitude Rugged Race is often referred to as the Southern Ocean Sleigh Ride, but uncharacteristically light winds over the last 24 hours has seen the majority of the Clipper Race fleet becalmed in wind holes, leading to frustration on board and a divide in routing.

Speaking from on board first placed Sanya Serenity Coast, which has kept to the rhumb line on a more north-easterly route, Skipper Wendy Tuck says: “Another busy time of changing sails and scratching of the head.

“I think the only sails we haven’t used are the ones you would expect to use in this part of the world, but that will happen quick enough.” 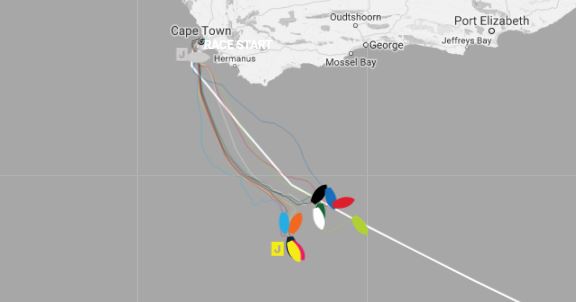 For the teams opting to stray south from the rhumb line, racing is proving to be equally as tight, with less than one nautical mile separating seventh placed HotelPlanner.com from the eighth placed Liverpool 2018. Ninth placed Qingdao and tenth placed GREAT Britain follow the two teams in close succession, currently separated by just one nautical mile each.

Rob Graham, Skipper of the eleventh placed Nasdaq, is working hard to keep up with the pack on the Southern route, and comments: “We had a busy day yesterday. The forecast light and variable winds kept us tacking and changing from Yankee 1 to windseeker several times.

“Whilst all that activity was a good way of forming our new joiners into a crew, it was also frustrating to see that the rest of the fleet made better progress than we did without our Code 1 (lightweight spinnaker).”

With the spell of light winds now passing, and with wind building over the coming days to give teams the first sense of true Southern Ocean conditions, excitement is building on board fifth placed Visit Seattle. Skipper Nikki Henderson explained: “Everyone here signed up for Southern Ocean madness; big waves, winds, and life on a slant, so there is a general mood of ‘bring it on’, and ‘we hate wind holes’.

“I concur with the latter - wind holes have quickly become my least favourite thing at sea on this race since Liverpool. I feel we have had enough practice.” 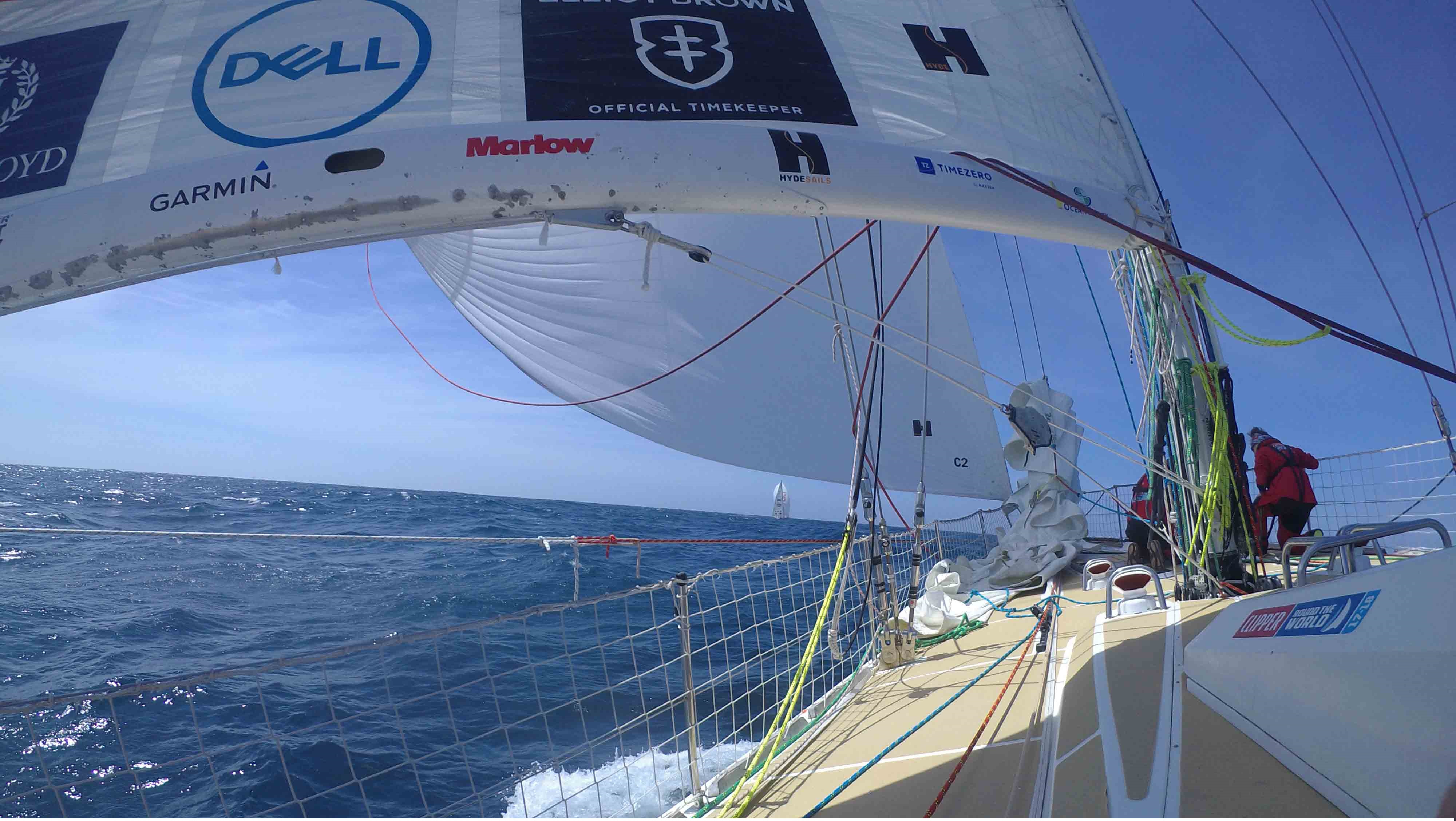 Despite being only day two, teams have settled into life on board quickly. PSP Logistics Skipper Matt Mitchell has used the light wind conditions to help get crew back into the swing of ocean racing, saying: “All the guys on board are settling in very nicely.

“We haven't had anyone sea sick yet and I am hoping that having had a couple of days on board, the guys will be a little more resistant to it than otherwise once the stronger weather comes through.”

These thoughts are echoed aboard Qingdao, with Skipper Chris Kobusch reporting: “Life on board is good, with the crew settling into the watch system and the daily job rotations. Once again it is down to: eat, sleep, sail, repeat.”

Despite teams’ focus very much on the challenge ahead, thoughts across the fleet remain with Greenings. Unicef Skipper Bob Beggs says: “We were very saddened to learn the latest news of Greenings last night that the yacht may not sail again, but great to hear that Skipper and crew are all well.”

Looking ahead, Clipper Race Weather Guru Simon Rowell reports the next front is due to catch up with the fleet overnight tomorrow. With it, the fleet is likely to see wind speeds gust up to 50 knots and may see some impressive electrical activity in the skies.

The Race Viewerwill prove gripping over the next 24 hours as only time will tell if it has been an advantageous tactical move for the group that has headed South of the rhumb line.

You can keep up to speed with the latest news from the fleet as they take on Race 3: The Dell Latitude Rugged Race via the team pages.

Though the tactics for The Dell Latitude Rugged Race 3 across the Southern Ocean are in full swing, the…

With two previous races now under their belts, each of the twelve Clipper Race Skippers are preparing lead their respective teams in the Dell Latitude Rugged Race 3 from Cape Town, South Africa, to Fremantle, Australia, which starts at 14:00 (local time) today. Greenings,…