The race start follows a fantastic stopover in the stunningly scenic city that has hosted the global sailing event nine times. Crowds of supporters lined the marina at Cape Town’s Victoria and Alfred Waterfront to see the teams off, and following a colourful Parade of Sail in balmy conditions, the race officially got underway at 1200 UTC (1400 local time).

First to cross the start line, ahead of a triangular course in Table Bay, was Capetonian Dale Smyth’s Dare To Lead team, closely followed by Visit Seattle, led by youngest ever Clipper Race Skipper Nikki Henderson, and HotelPlanner.com, Skippered by Conall Morrison from Derry-Londonderry. 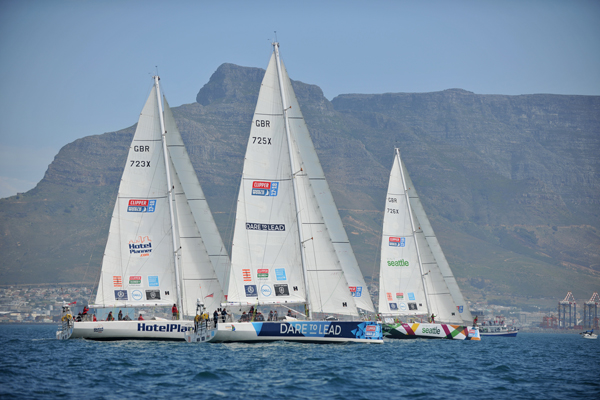 Sanya Serenity Coast was first to the next mark with its kite up, followed by Greenings, Unicef and HotelPlanner.com.

This Southern Ocean stage of the Clipper Race is seen as the first major test of nerves and courage as the teams head into the notorious Roaring Forties, an area laying between 40 and 50 degrees latitude which is respected by sailors as one of the best places to fully appreciate Mother Nature in her most raw and powerful glory.

One participant, David Marige Moroko, 26, also known as Sello, is from Dennilton, 30 km away from Groblersdal in a village called Lenkwaneng. Incredibly he had never seen the sea before he started his Clipper Race training a couple of months ago in the UK.

Joining the Dare To Lead team for this leg, he said: “It’s already been an incredible journey. From someone who had no sailing experience at all until just recently, to this point today when I am about to sail to Australia, it has been non-stop learning. My team seem great and I’m excited about all the experiences we are going to have together and looking forward to the effect that it will all have on me, as a sailor and as a person too.”

Early tactical decisions will need to be made after leaving the fickle winds of Table Bay, and passing the Cape of Good Hope, as the twelve teams negotiate a potential wind hole when crossing the Agulhas Bank, an area notorious for very disturbed seas where the Indian and Atlantic Oceans meet. 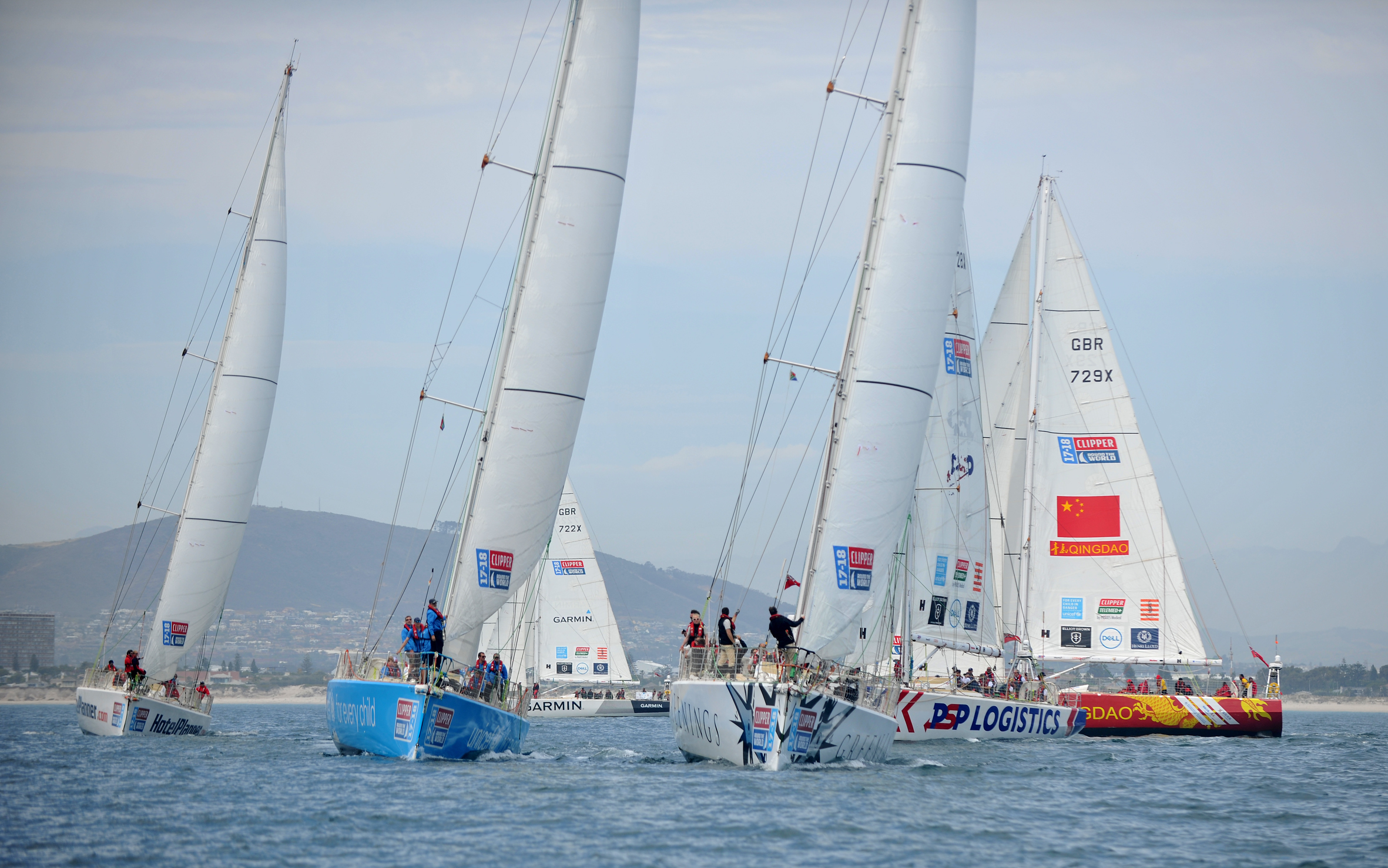 Once reaching the strong easterlies, spinnakers are likely to appear and ocean racing tactics will be in full flow as the matched fleet of Clipper 70s will aim to reach downwind surfing speeds of more than 25 knots as they steam towards Australia.

Trevor Taylor, a member of the Fremantle Sailing Club, said: “Fremantle will be an amazing stopover for the crew and Skippers alike.

“The Fremantle Sailing Club is world class and the facilities are as good as anywhere.”

Greenings has won both stages of the Clipper 2017-18 Race so far but is currently in second place in the overall standings after receiving two penalty points from Race 1, lying behind Dare To Lead, which elected to play its Joker Card in Race 2 and came second into Cape Town.

This is the first race that two teams, Qingdao and Greenings, have elected to play the Joker Card, meaning that both teams will double their race points once final positions are confirmed in Fremantle.

Greenings Interim Skipper Andy Woodruff said: "The team has really pulled together over the last two races and are in a strong, consistent position which is why we have taken the decision to play our Joker Card in this race. The last race was a good warm up and we’re feeling ready to take whatever the Southern Ocean throws our way.”

The teams are expected to arrive into Fremantle, Western Australia, between 21- 25 November.

The Clipper Race fleet will depart from Fremantle for Sydney on Saturday 2 December. The fleet will then join the iconic Rolex Sydney Hobart Yacht Race on Boxing Day, before ending the All-Australian Leg 4 with a sprint up the east coast from Hobart to the Whitsundays. The highlight of the time in Airlie Beach, the gateway to the Whitsundays and Great Barrier Reef, will be the Clipper Race Carnival, a two-week long showcase of what North Queensland is renowned for; beautiful scenery, amazing sailing, and warm, Queensland hospitality. The Clipper Race Carnival will begin on Friday 19 January, 2018. For more information, please visit https://www.tourismwhitsundays.com.au/clipper-rac...

You can keep up to date with the progress of the fleet via the Clipper Race Viewer. Think you have what it takes to embark on the Southern Ocean? You can apply to take part in the 2019-20 edition of the Clipper Race online.

During the upcoming exhilarating and chilly Southern Ocean Sleighride, the Clipper Race fleet may feel a world away from the tropical Coral Sea of the Whitsundays, but each nautical mile raced brings the teams closer and closer to the Clipper Race Carnival.Today marks just 80…

The twelve Clipper Race Skippers have been checking the latest weather reports and are ready to go for Leg 2:…