As forecast, the Clipper Race fleet is experiencing much lighter conditions on the fifth day of Race 3:The Spinlock South Atlantic Showdown.

The leaderboard continues to fluctuate and sees Visit Sanya, China top with Imagine your Korea, covering the most miles to be in second and Punta del Este in third. Racing continues to be close with less than 40 nautical miles separating the top half of the fleet.

Seumas Kellock, Visit Sanya, China Skipper, who completed the same ocean crossing two years prior reported: “This Southern Atlantic sailing really isn’t shaping up how I remember it, no grey skies, no water over the deck, no sopping wet foulies but I’m sure it will come in due course. Until then, we will enjoy the sunshine and pleasant sailing conditions.

“Now we’re in close company with Punta del Este, Imagine your Korea and Seattle (hello everyone) each of us driving hard to get the first points on the board in Leg 2 from the scoring gate.” 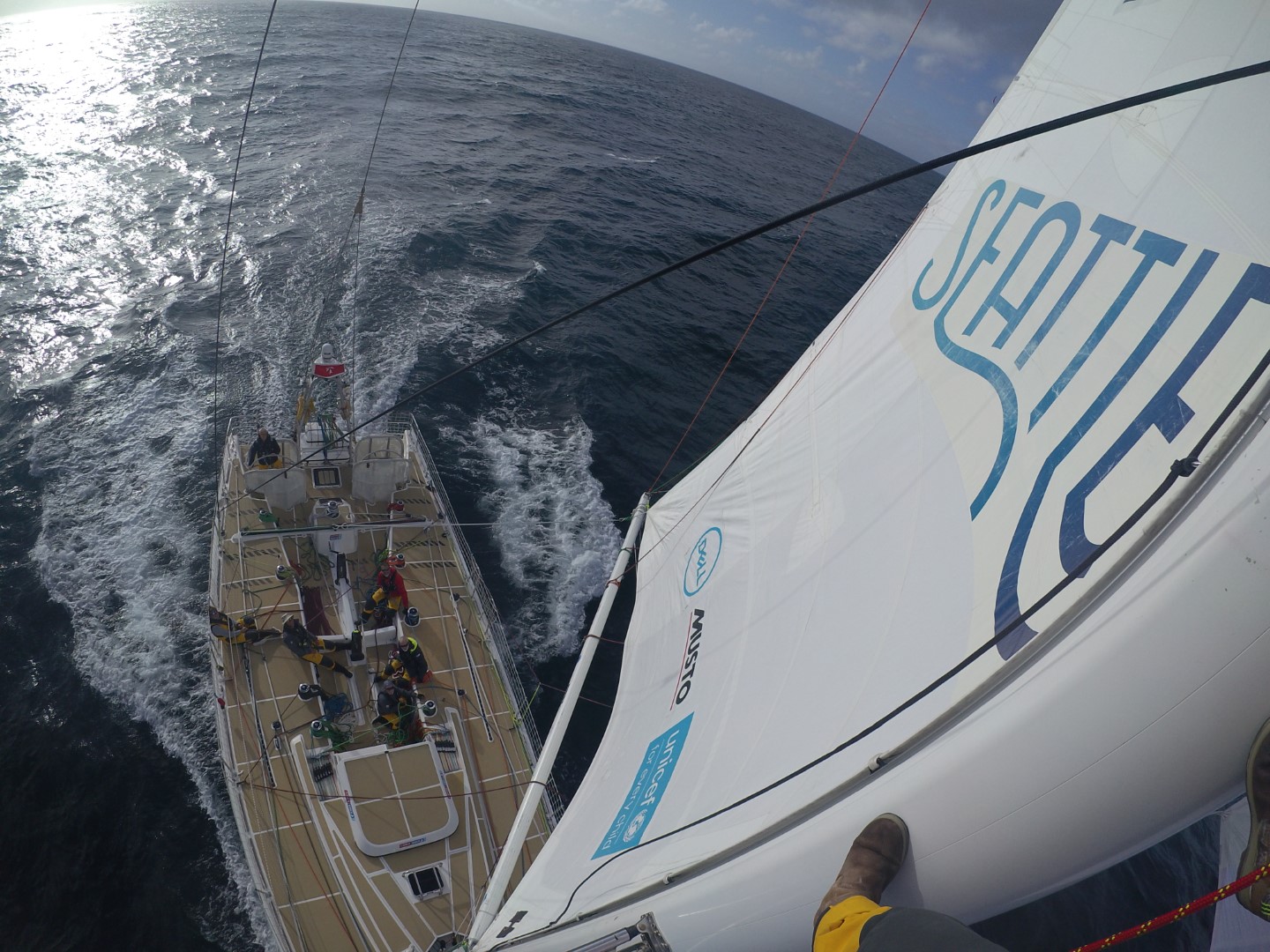 The scoring gate is between SG3 North at position 37°S 030°W and SG3 South at position 38°30’S 030°W and is marked on the Race Viewer. It lies to the north of the rhumb line and its aim is to encourage teams off the fastest route to be rewarded with race points. The first three yachts to cross this gate will receive bonus points to add to their overall points tally. Around 200nm still to go, and looking at the current route of the fleet, it could be any of the top six teams to take home these points.

The pleasant conditions were felt across the fleet with Imagine your Korea skipper, Mike Surridge saying: “Sailing our magnificent sailing machine today has been a joy. Flat seas, sun and a light wind have enabled us to move steadily along the route and it would appear a touch faster than some today.”

Whilst being on deck is a pleasant place to be, crew have been kept busy trying to keep yacht speed high and gain miles on their competitors. Nick Leggatt, Skipper of Zhuhai reported: “Today has mostly been about light and variable conditions as a high pressure ridge passed over us ahead of an approaching frontal system. The team were kept quite busy with sail changes in the shifty winds: gybe, gybe, gybe, Code 2 down, Code 1 up, Code 2 down, Windseeker up, Yankee 1 up, Windseeker down, Staysail up.” 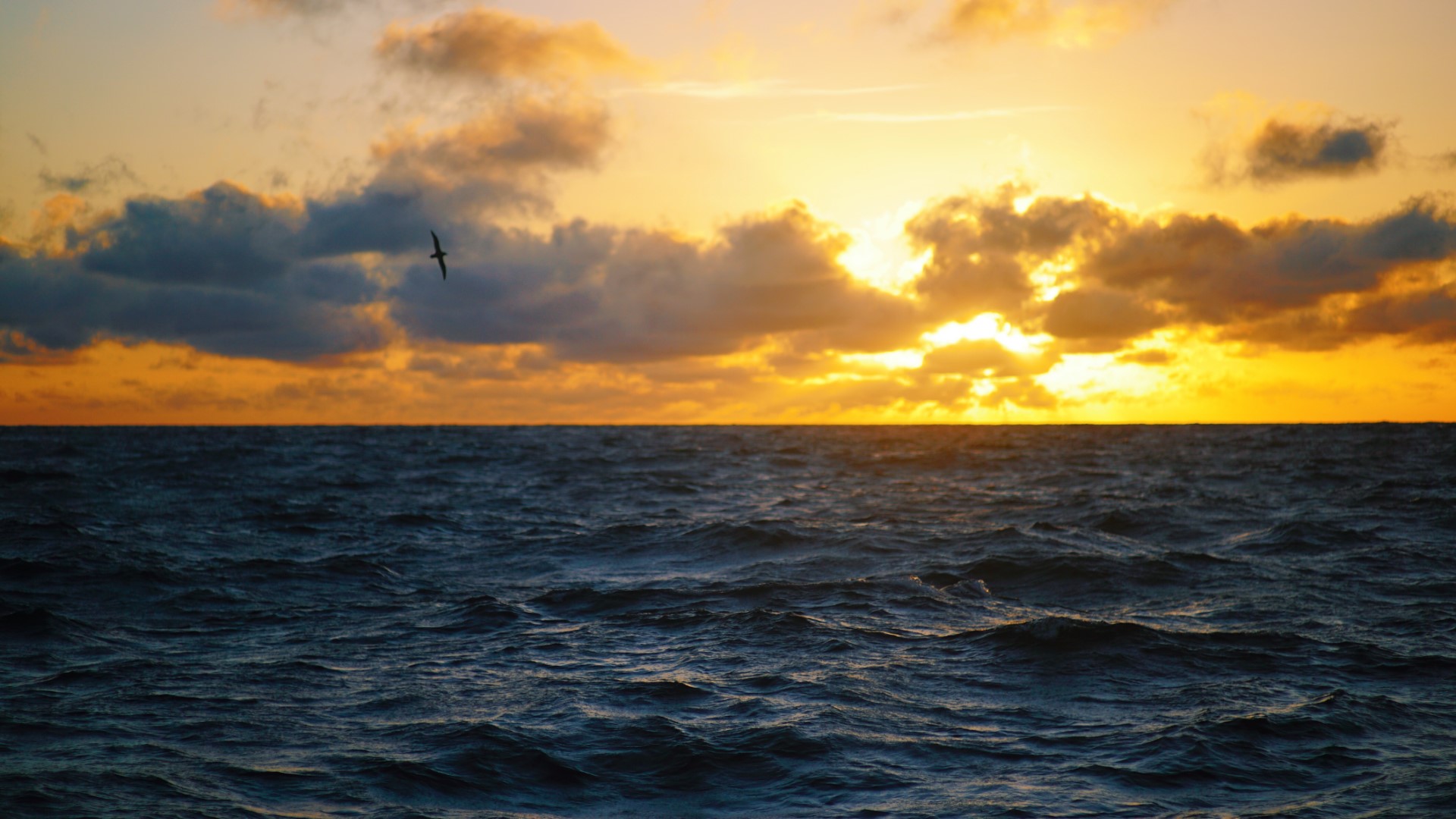 As the South Atlantic low pressure system develops, teams are preparing for its arrival, with added rig and equipment checks. Though there continues to be many distractions, Ian Wiggin, Unicef Skipper, explains: “Final prep is underway for the blow, although we do keep getting interrupted by passing whales, for which everyone downs tools immediately, and huge albatrosses, which attract only the ardent twitchers or those that enjoy any excuse to sit down, stop heaving sails or washing up, and take in the extraordinary scenery we are sailing through.”

What will the next 24hrs bring? Check out all the Skipper blogs and crew diaries for insight into life on board and as ever keep an eye on the Race Viewer.