Race 3 has been named the Spinlock South Atlantic Showdown with Marketing and Sales Manager, James Hall on the announcement saying: “Spinlock are delighted to name Race 3 from Punta del Este, Uruguay to Cape Town, South Africa ‘The Spinlock South Atlantic Showdown’. After a fantastic first leg excitement is building in the run up to the start of Race 3, a fast passage across to Cape Town with hometown Skippers David ‘Wavy’ Immelman and Nick Leggatt keen to be first home.

“As part of our continued support, Spinlock’s Myles Uren will be in Cape Town to meet the fleet and welcome David and Nick home.”

After crossing the start line in the Bay of Maldonado, just outside the port of Punta del Este, teams will complete a short inshore circuit to give crowds a close-up view of the ocean racing yachts in action.

Approximately 3,555 nautical miles and the South Atlantic Ocean is what lies ahead. Upon leaving South America, teams will encounter the trade winds and rolling swells as they head towards the Southern Ocean with Spinnakers flying. Big tactical decisions await. Heading south before turning east will be the longer route but might offer consistent wind conditions. Heading east shaves off hundreds of miles, but could leave the yachts too close to the windless centre of the St Helena High (South Atlantic High).

On top of routing decisions the usual opportunities for teams to claim bonus points will feature once again; the Scoring Gate and Dell Latitude Rugged Ocean Sprint. The Scoring Gate between 37°S 030°W and 38°30’S 030°W will pose an early question sitting north of the rhumb line, if not already split, the decision to go for it or not with certainly divide the fleet.

The Dell Latitude Rugged Ocean Sprint will come in the second half of the race and shall be between the lines of longitude 005°W and 002°E. The winners will be the three fastest teams between these two lines of longitude, with only a second separating third and fourth in Race 2 it will be an interesting one to watch. 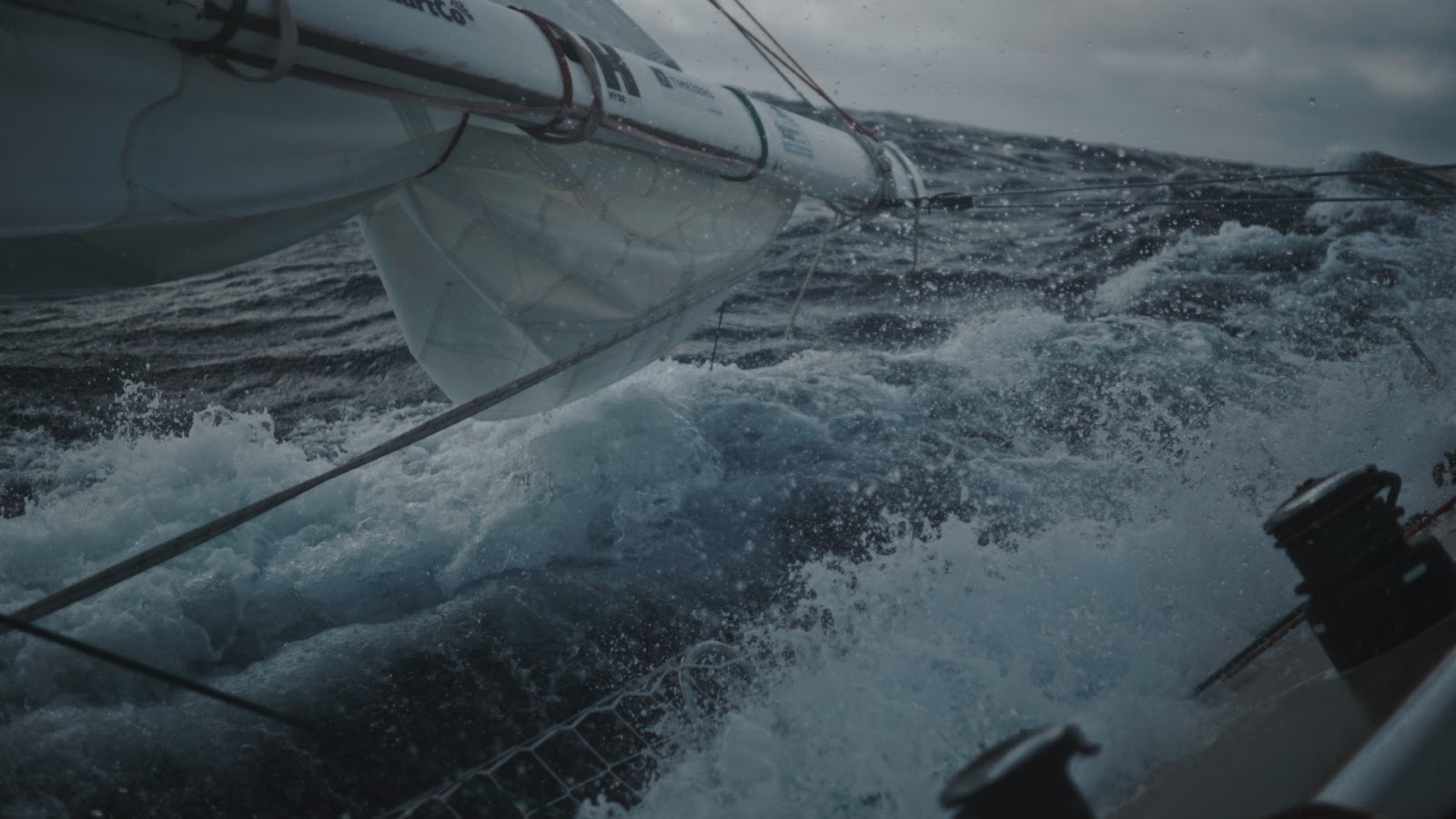 Throughout this intense leg crew can expect to be surfing once again, in previous editions teams have reported speeds of more than 30 knots so with the long rolling swells there is every opportunity for team speed records to be broken.

In the final stages the mighty Table Mountain will be visible for quite some distance away, but the race will not be over yet. The wind shadow of Table Mountain offers one last hurdle in a race that is known to be closely fought right until the end. 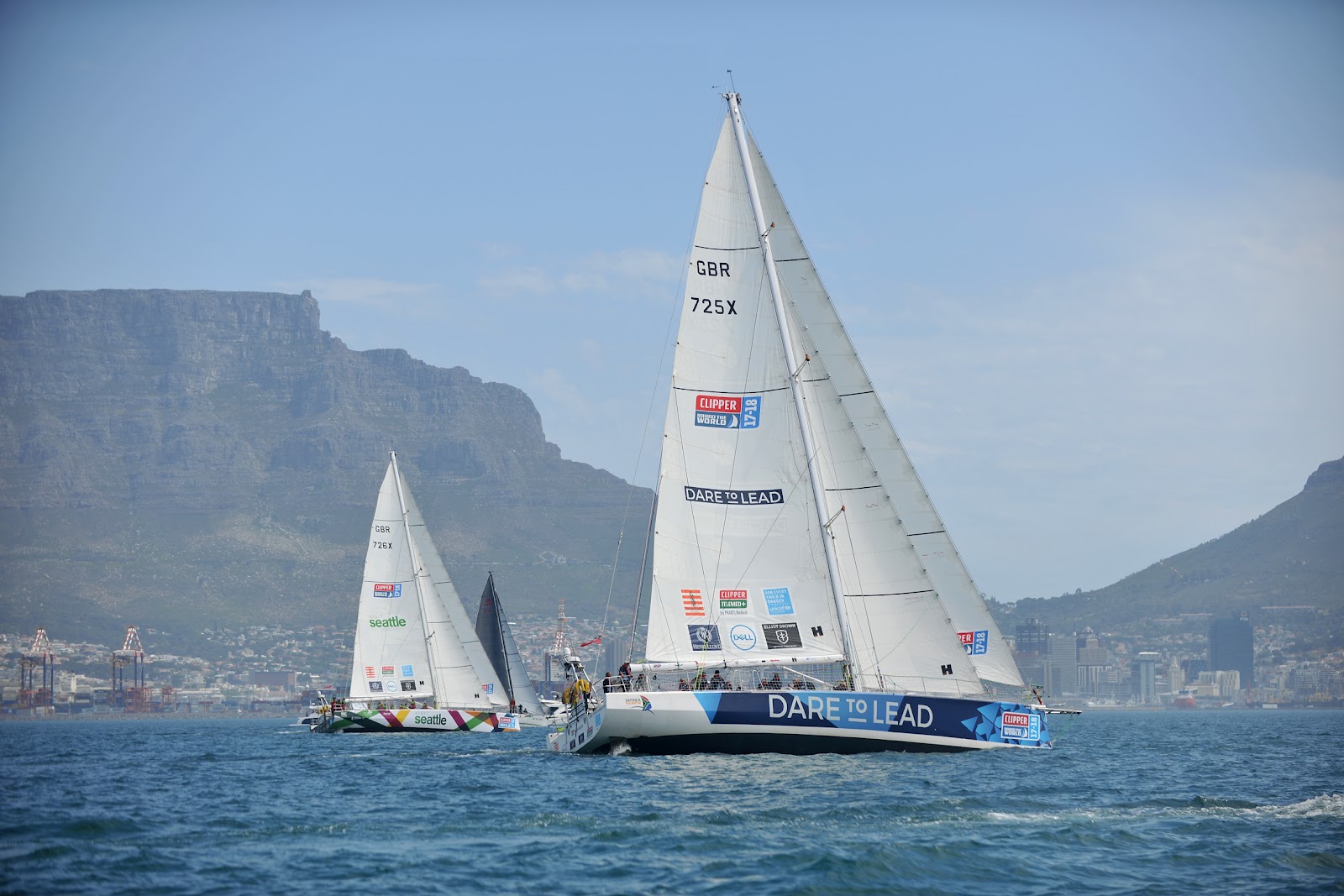 Race 3 is estimated to take between 15-18 days and the fleet is expected to arrive into the spectacular V&A Waterfront between 07 – 11 November 2019.

Check out what is on in Cape Town at the historic V&A Waterfront here. Surrounded by Table Mountain, it has extensive views of the ocean, city bowl and mountain peaks. There’s plenty of, leisure and entertainment facilities, heritage sites and tourism landmarks for crew and supporters to enjoy.

For the armchair sailors this will be one to watch closely on the Race Viewer!

China came to visit the Clipper Race in Punta del Este today. Wang Gang, H.E Ambassador of the People's Republic of China to Uruguay and a Government delegation from the Guangdong Province in South East China, saw the three Chinese Clipper Race team yachts at…

After arriving safely and swiftly into the Uruguayan resort of Punta del Este, following a 5,200 nautical mile-long marathon across…