Scoring Gate results for Race 3: The Spinlock South Atlantic Showdown are in as pressure readings on barometers drop and wind speeds increase with the arrival of the forecasted low pressure system.

The seventh day of racing saw Imagine your Korea claim three bonus race points, its first of the Clipper 2019-20 Race, for crossing the Scoring Gate in first place at 12:17:00 UTC on 29 October. The Korean team entry was closely followed by Visit Sanya, China, which crossed only five minutes later at 12:22:17 UTC to take two bonus points and Punta del Este which crossed at 12:54:00 UTC to scoop the final bonus point. 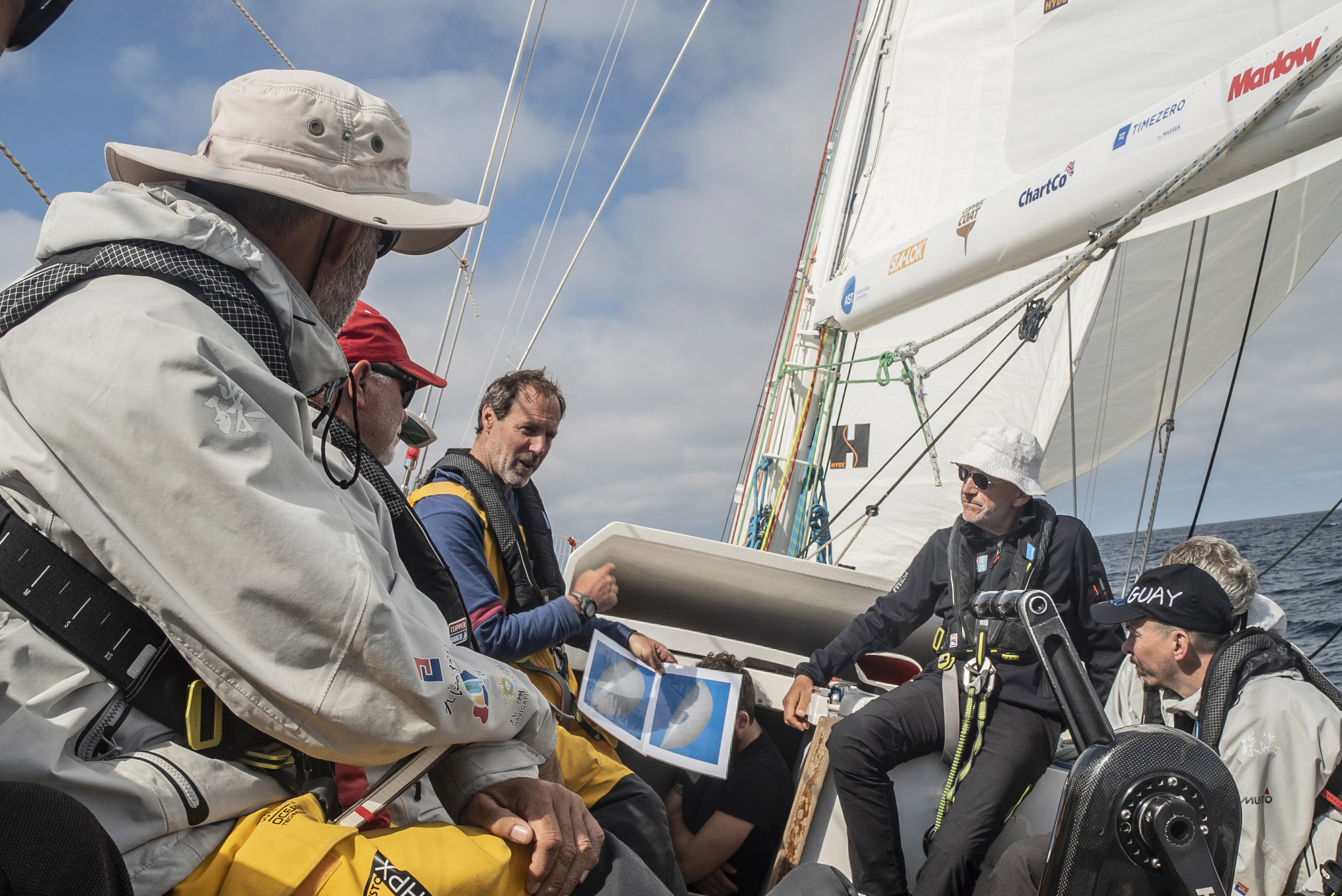 “All of the crew have been engaged in the race to two virtual marks, placed in the Atlantic, at optimum points to tease us away from the rhumb line with a few points. And take the bait we did.

“Complete focus on our helming, trimming and praying that our enormous Code 1 spinnaker was going to hang out right up to the line. Visit Sanya, China was just a few boat lengths away but the sun shone on Imagine your Korea and at 1217UTC on 29 October we crossed the line to bag three points.”

With the first bonus points for Race 3 confirmed, the fleet is switching focus to its destination port, Cape Town. The Dell Latitude Rugged Ocean Sprint is the next and final opportunity for bonus points and the arrival of a low pressure system is propelling the fleet towards it.

Seattle continues to hold off the competition as it remains in first place for a second consecutive day. Lyndsay Barnes, Seattle AQP, reports: “Well, I can confirm the low pressure system has finally arrived for us… just like the rest of the fleet we have been busy preparing, both the boat and ourselves, for this weather to arrive over the past couple of days. We’d been told by Simon Rowell (Clipper Race Meteorologist) that it will bring with it some ‘gusts that could get quite fruity’. Well, I can confirm he was spot on!” 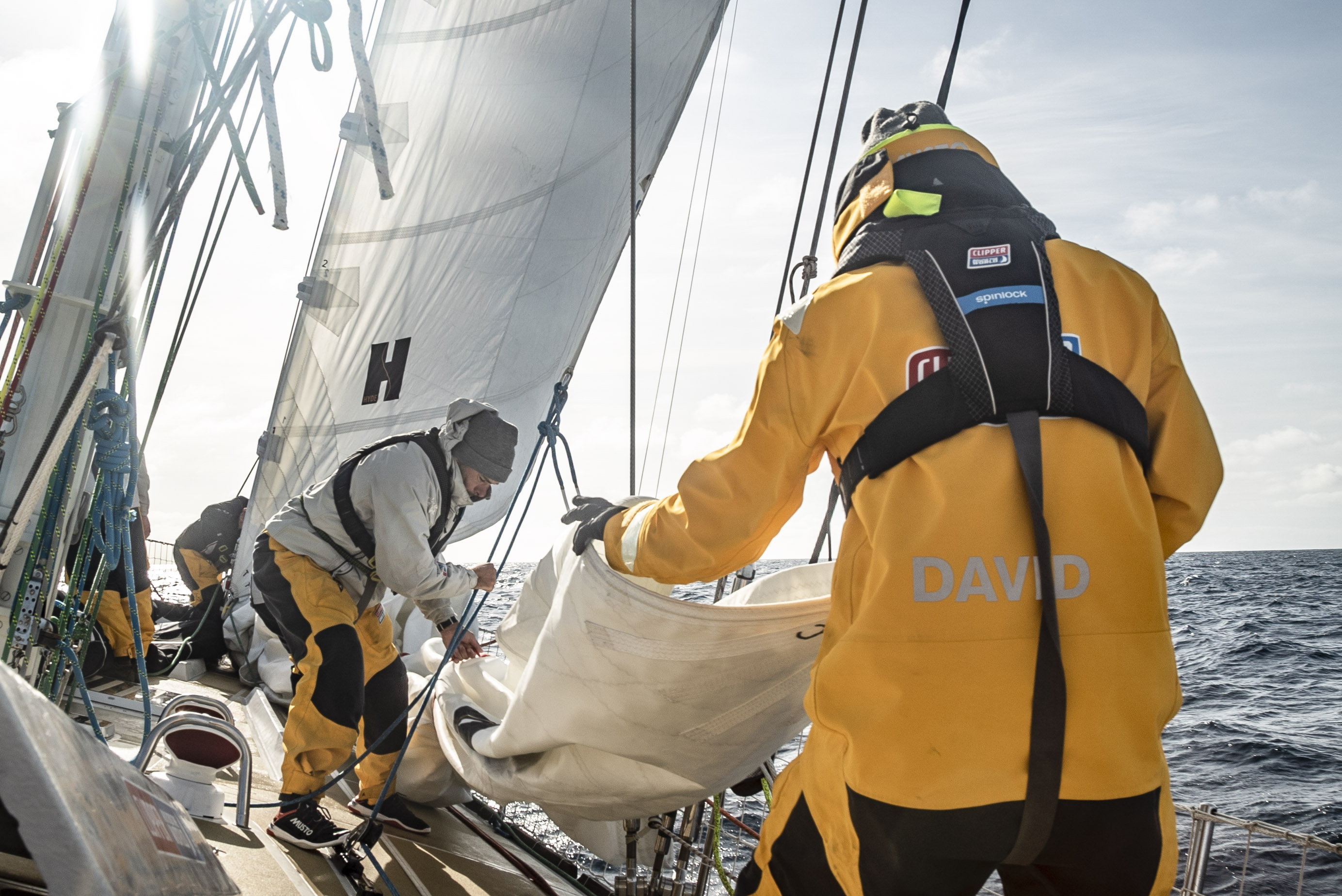 The teams furthest south got the stronger wind first and Guy Waites Skipper of Dare To Lead, currently in eleventh place, said: “Unfortunately, we did not find our way as far north as we would have liked and now bear the brunt of the new low. One reef in the Mainsail followed soon after by a Staysail drop, a second reef and squally gust of 45 knots, we dashed forward and threw the Yankee 2 down on the foredeck not a moment too soon.”

With the Skipper of eighth placed Ha Long Bay, Viet Nam, Josh Stickland, also reporting: “0108 our time and the wind has come with a bang (metaphorically not literally). The wind started building from 1700 and by 2100 it was at mid 20s and then 2300 it has come up to 40 knot gusts. To the sailor out there the barometer has dropped 6 millibars in 3 hours.”

As the fleet faces intense conditions that a low pressure system brings, keep an eye on the Race Viewer to see which team has positioned itself to utilise the increasing wind best.

The battle to claim the first points of Race 3: The Spinlock South Atlantic Showdown is raging with six of the eleven teams making their way to the scoring gate.Imagine your Korea and Visit Sanya, China lead the charge. Visit Sanya, China Skipper, Seumas Kellock…

As forecast, the Clipper Race fleet is experiencing much lighter conditions on the fifth day of Race 3:The Spinlock South…