“All lined up like little tin soldiers” is how the fleet has been described. Check out the Race Viewer and you’ll see that a neat formation on Clipper 70s in a south west to north east line with only a difference of 35 nautical miles between them.

With less that two days of racing in Race 4: the Marlow Southern Ocean Sleigh Ride, Qingdao, current overall leader of the Clipper 2019-20 Race, is already keeping a watchful eye on joker-playing and third place team, Ha Long Bay, Viet Nam. A win for Skipper Josh Stickland and his team, would cause upset for Qingdao who has won two out of three races so far and wants to keep a hold of its record.

Says Chris Brooks, Qingdao Skipper: “They pose a real threat to us on the Leaderboard. Beyond this they also appear to be doing extremely well in this race and are leading the way for now. We will do all we can to provide some firm pressure on them as Qingdao want some records. The only boat to play a joker and win in this race would be one that really would be nice to retain and would help our overall position.” 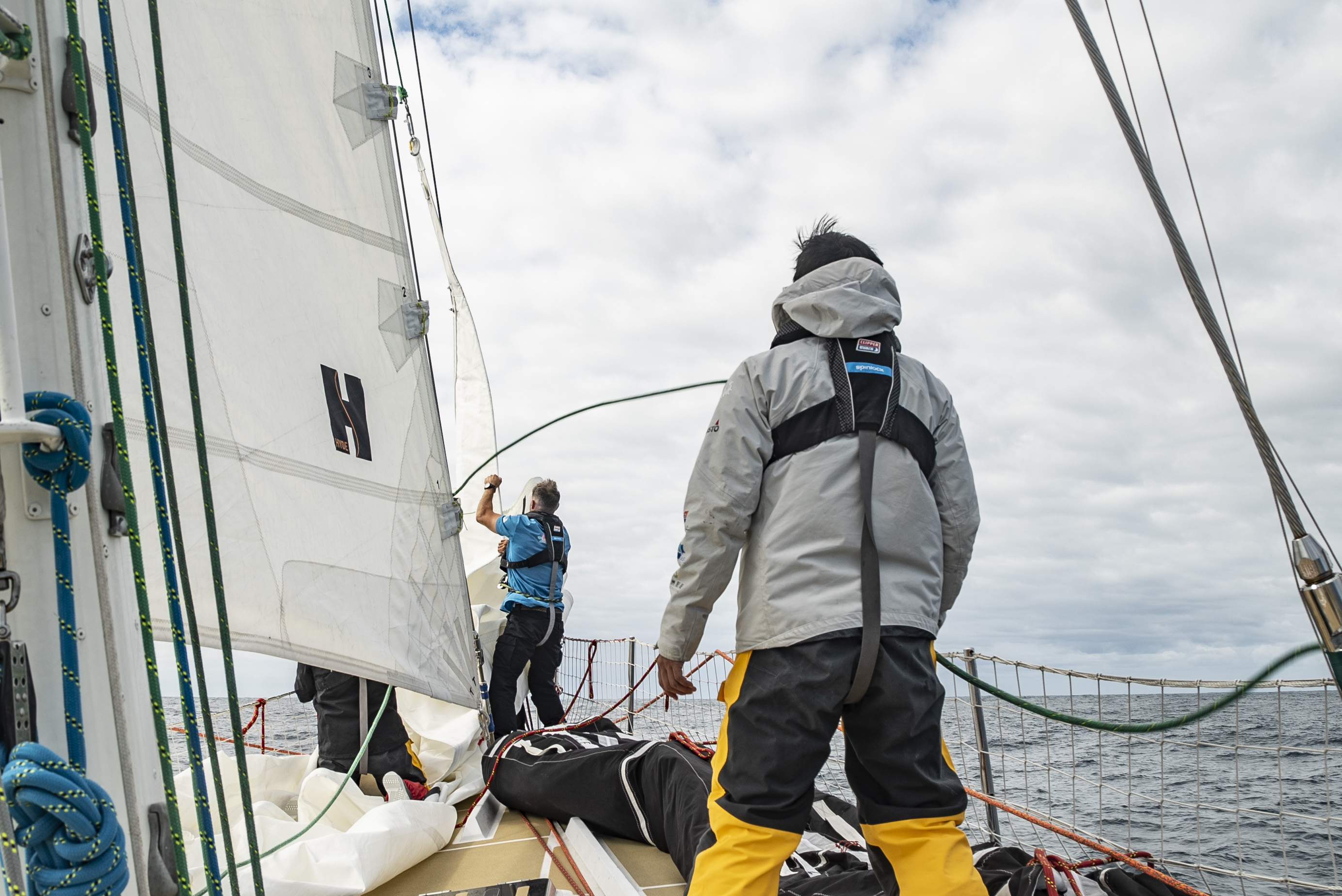 The first day of racing took its toll on the crew with the upwind beat slow and the short choppy sea state stomach turning. With the wind starting to veer to the west, more so depending where in the fleet each team is, spinnakers were hoisted and since passing the Agulhas Bank, the surfing conditions that the Southern Ocean is famed for start to appear.

Capetonian Skipper of Zhuhai, currently the most northerly yacht and in fifth place, Nick Leggatt explains: “There is a three metre swell running at the moment, so we are making some steady progress surfing down the waves, although at times the seas have been quite rough over the shallow waters of the Agulhas Bank. As we get into deeper water, the seas are slowly becoming more consistent. In the last few hours the depth of the sea has gone from 200m to 4000m, and by the end of today we will be in 5000m deep water!”

For an insight into life on board since leaving Cape Town, check out the Skipper Blogs.