The Scoring Gate results are in on Day 9 of Race 4: The Marlow Southern Ocean Sleigh Ride. The Scoring Gate, which is positioned approximately 135 nm due north of the rhumb line, offers the opportunity for the first three teams that pass through the gate to gain bonus points.

The race for points has been hampered for some by a low pressure system emerging and another expected to follow. Light airs have slowed progress, when the teams have needed the push the Roaring Forties typically offers. 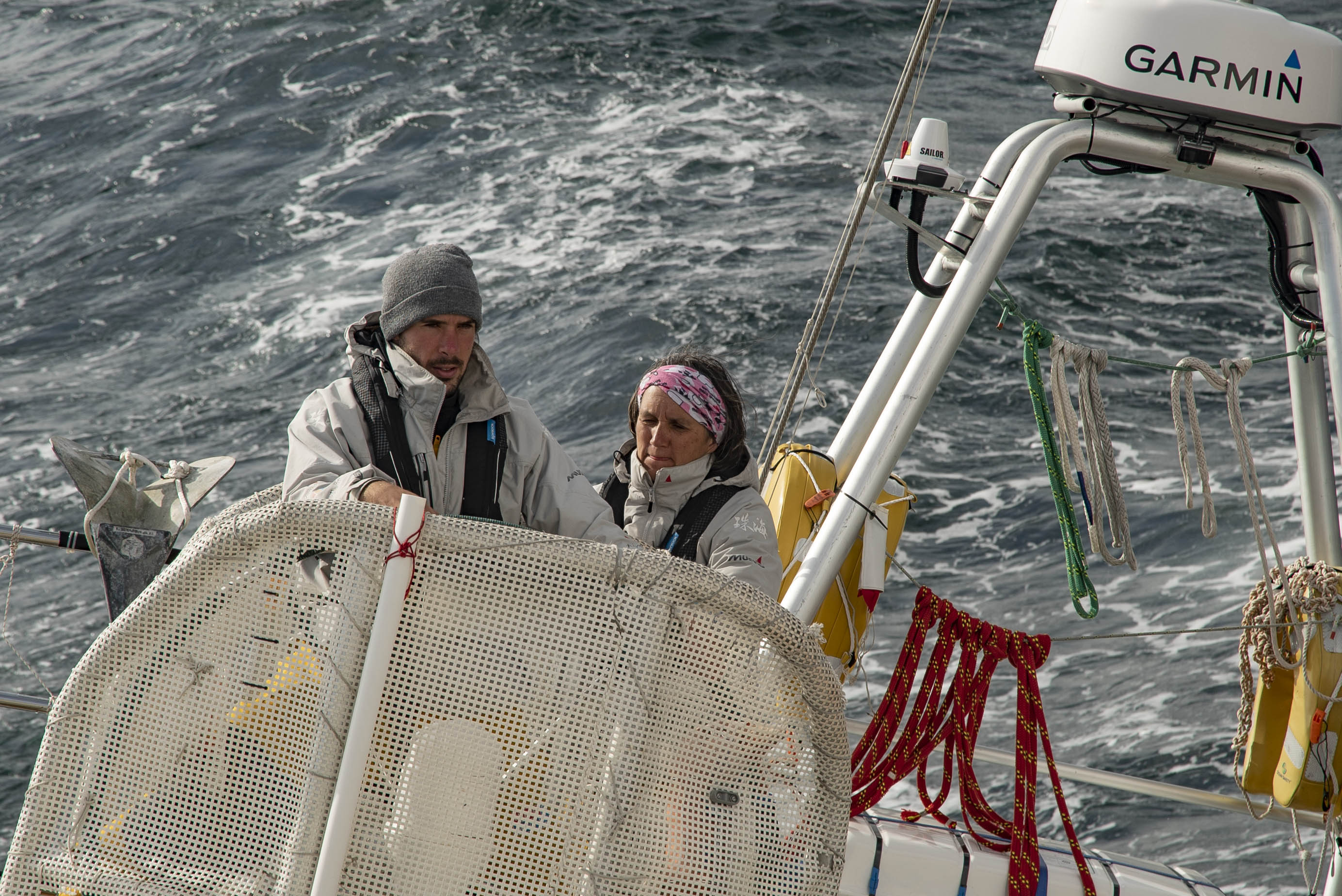 Qingdao was first to cross at 21:46:30 UTC on the 24 November, taking the maximum three bonus points. Following Qingdao was Ha Long Bay, Viet Nam which crossed at 23:53:12 UTC, gaining two points and crossing in third place and claiming the final bonus point was Imagine your Korea at 17:08:50 UTC on 25 November.

Third place was closely fought by Imagine your Korea and Zhuhai. Imagine Your Korea Skipper Dan Smith commented on how close the competition was: “Yesterday we pushed hard for the Scoring Gate. The problem was that we were racing a boat that we couldn't see and was outside the AIS range. The wind in the south should have been better and from what we could tell from the last two scheds [updates from the Race Office] leading up to the point where the scoring gate started, that we were faster - indicating less wind for Zhuhai further North.” 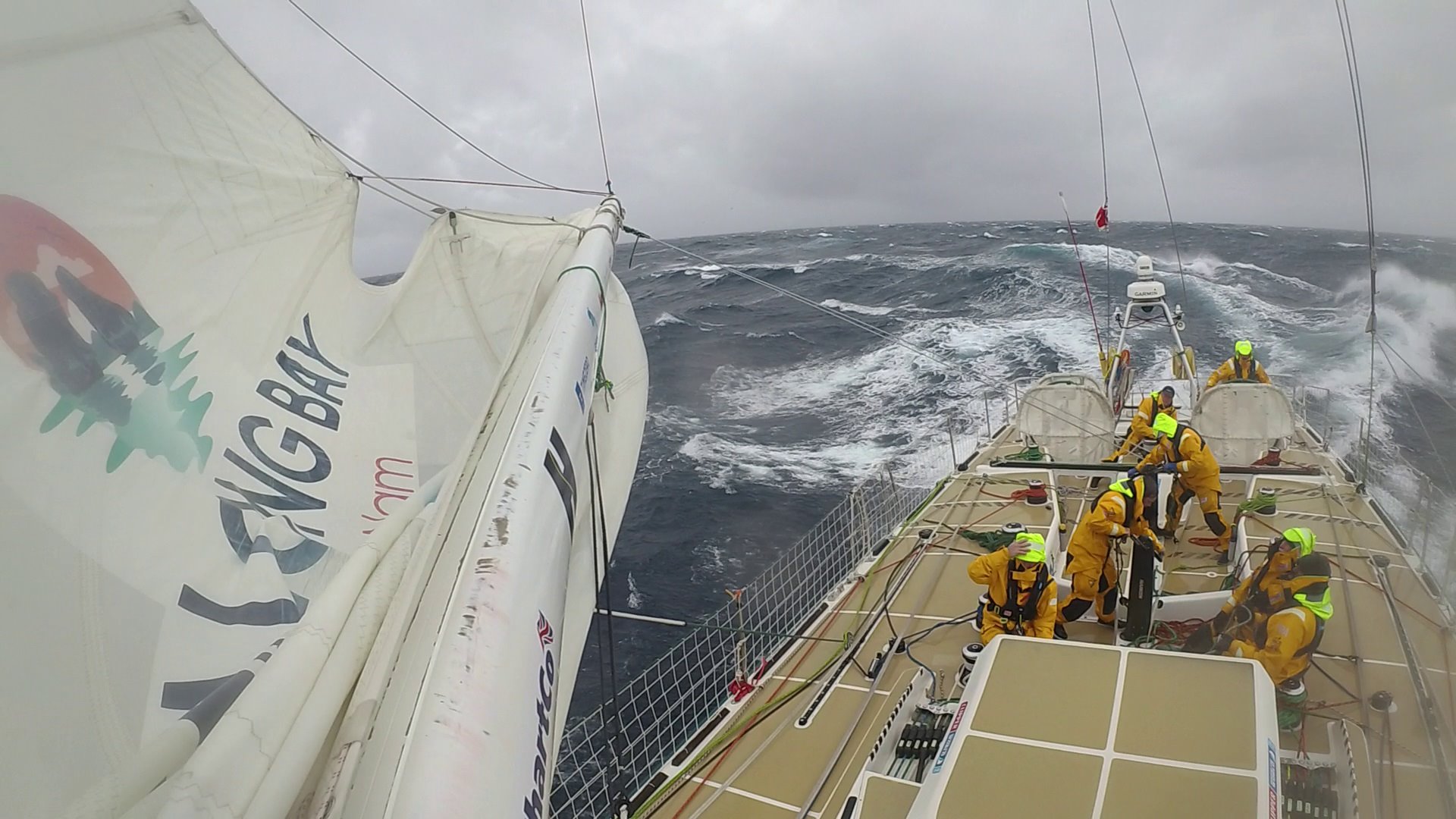 Nick Leggatt, Skipper of Zhuhai adds: “We came to such an abrupt stop just before the Scoring Gate that Qingdao actually contacted us to find out if everything was OK and we hadn't broken anything! Thanks for the concern! There really is a great amount of sportsmanship between the teams in the Clipper 2019-20 Race.”

Currently at the back of the racing fleet is Seattle. Skipper David Hartshorn is expectant of a push of increasing winds, commenting: “We are currently on a close reach, with the Yankee 3 and a full main, awaiting the imminent arrival of a front, with the associated increase of winds, shift in the true wind direction and then change of sea state.”

Ahead of the change in weather conditions, which is expected in the coming days, Skippers and crews are busy preparing. GotoBermuda Skipper David ‘Wavy’ Immelman says: “With the second of the low pressures heading our way we are prepping the yacht for a bumpy ride. Putting out the trisail in a moment, lashing it to the mast and having a plan B in place just in case.”

As the teams face the somewhat unpredictable conditions, keep an eye on progress via the Race Viewer. Unicef is expected to arrive in Durban this evening for the medevac of their crew member, Andrew Toms, who remains stable under the care of his Skipper, fellow crewmates and PRAXES, the Clipper Race Global Medical Support Partner, and in constant contact with the Clipper Race Office.

Leading the charge to Fremantle, for a fourth consecutive day, Qingdao held off Ha Long Bay, Viet Nam to cross…

One week into the Marlow Southern Ocean Sleigh Ride and the racing fleet has experienced a slight lull as a high pressure system moves over the fleet. It is bringing noticeably warmer conditions ahead of the next forecasted low.Mark Burkes, WTC Logistics Skipper,…