The Race 4: Elliot Brown Timekeeper Cup prizes have been awarded at an event at the prestigious Royal Sydney Yacht Squadron.

LMAX Exchange Skipper Olivier Cardin, whose team have now won three of the four races, said it had been the best race of his life. 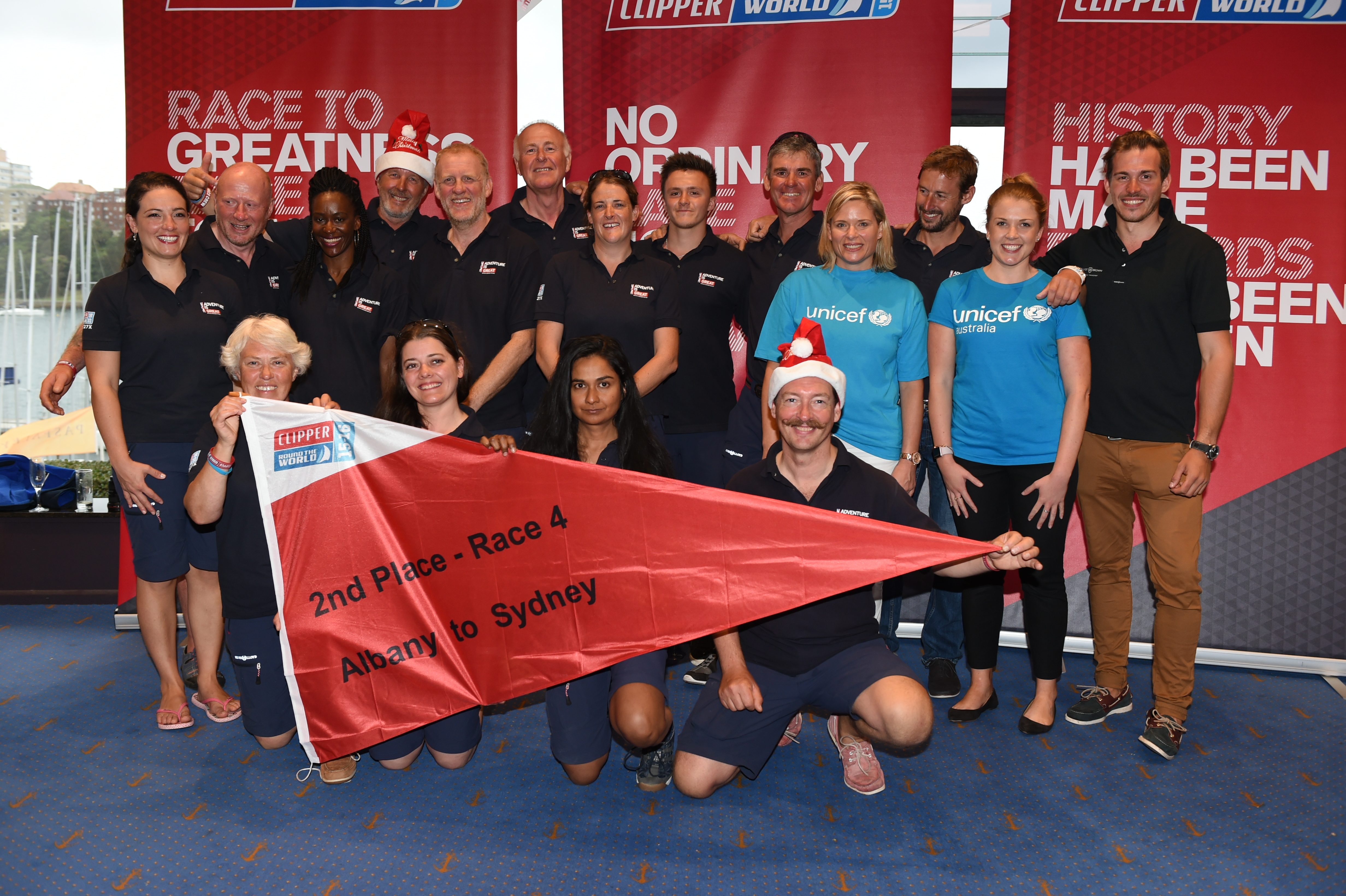 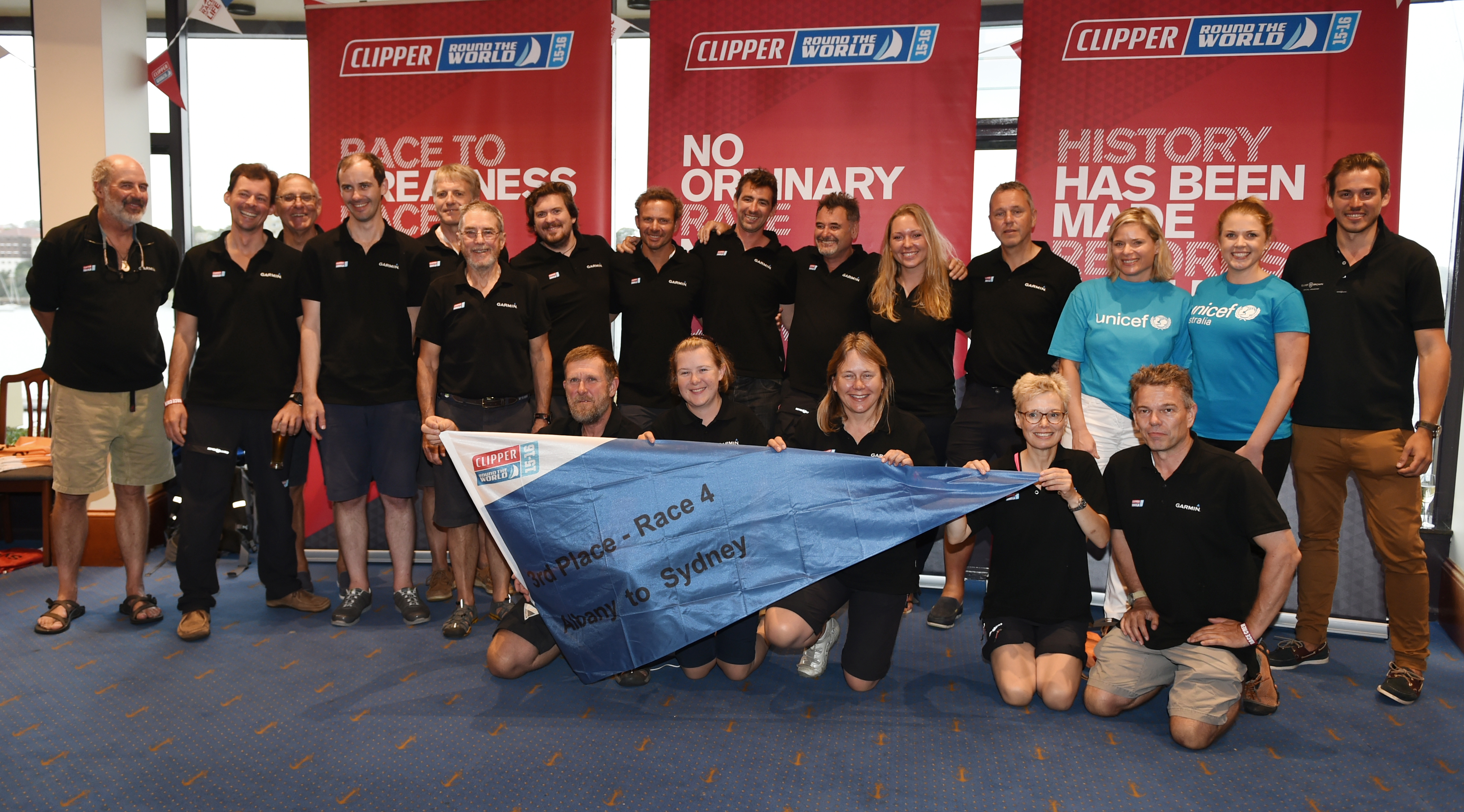 The prizes were awarded by Unicef Australia representatives who thanked all crews for their fundraising efforts around the world.

The three podium teams were also presented with a magnum of Stormhoek sparkling wine.

And the Stormhoek Social Spirit Award went to Da Nang Viet Nam this race, with their prize being presented by the previous wining Skipper, Huw Fernie of Visit Seattle. 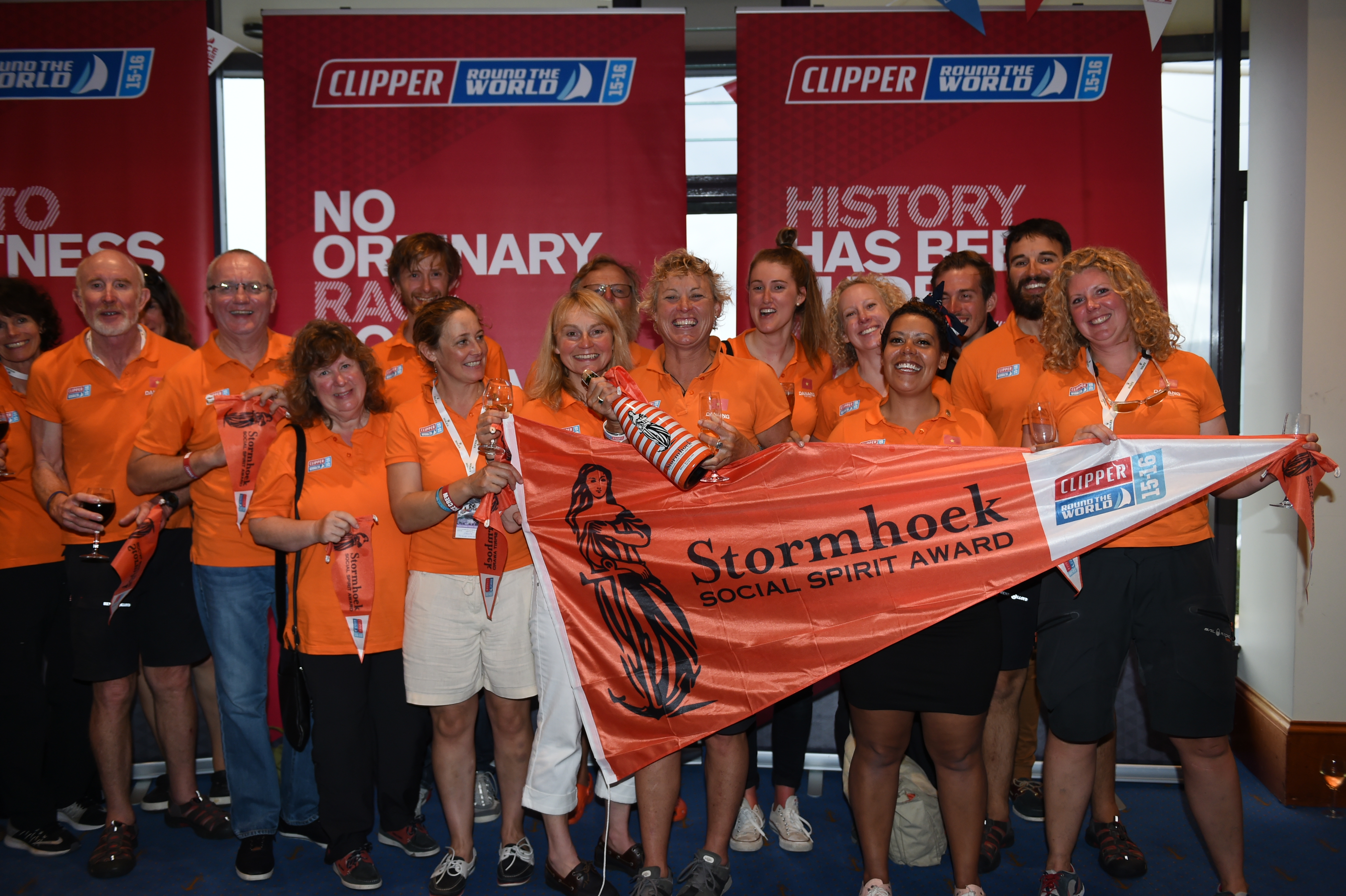 Da Nang - Viet Nam’s supporters have been consistent in the voting process, showing support since day one, and gave the most votes this race. The award was also partly given in recognition of the team’s inspiring female Skipper Wendy Tuck, who arrived home into Sydney last night to a big crowd of friends welcoming her in on supporter yachts.

Ian Elliot, co-founder of Race 4 sponsor Brown Watches, sent a message from the UK congratulating all the teams, saying: “This was always going to be a great race - a shorter, more intense leg with the renowned swells of the Southern Ocean thrown into the mix.

“We’re awe-struck by the relentless stamina of every crew member competing in a race so closely fought as this. We can only begin to imagine the intensity of the experience, the on board energy generated by the closely fought standings throughout this race tempered by the stresses of coping with the conditions on board.

“Race 4 proved to be the intense nail-biter we hoped for, it was tactical, wind patterns constantly shifting, the lead swapping many times and the closest racing the fleet has seen so far on this tenth edition Clipper Race.

“Second, third and fourth places were perilously tight up the Bass Strait and our hearty congratulations go out to the crews aboard GREAT Britain and Garmin coming home in hard-fought second and third places. Those match racing skills have certainly been well honed for the next race!

“But with a clean points sweep and well-earned lead, it’s a fantastic win for Olivier and the crew of LMAX Exchange.

“We hope your celebrations are memorable and wish you and everyone involved in the race a very warm and Merry Christmas,” added Ian.

The crew were invited to the prizegiving by Sydney Hobart Race Director Tim Cox, a member of the Royal Sydney Yacht Squadron.

LMAX Exchange is now top of the leaderboard. Following PSP Logistics’ arrival,the Race Office is in the process of ratifying the final points and the overall leaderboard will be updated tomorrow.

Due to the continuing light airs affecting ClipperTelemed+, PSP Logistics and most recently Derry~Londonderry~Doire and Da Nang - Viet Nam , the final positions for Race 4: The Elliot Brown Timekeeper Cup have been confirmed.Da Nang –…

Australian Skipper Wendy Tuck has arrived home into Sydney, with a fleet of five supporter yachts accompanying her team

In a final, cruel test to what has already been a punishing slog, the five teams still striving to reach Sydney are once again fighting headwinds and fickle airs in the Bass Strait, slowing their desperate efforts to finally cross the finish line.…