Dramatic weather systems that have dominated much of Race 6: The Wondrous Whitsundays Race continue to make conditions challenging for the Clipper Race fleet during the tenth day of racing. Whilst the fleet is enjoying some long-awaited downwind weather conditions, it had to endure another ‘Southerly Buster’ weather front first, which brought winds of up to 78 knots, electrical activity and squally downpours.

Visit Seattle managed to use these conditions to its advantage and has began a drag race during what is predicted to be the final 24 hours of the race. However, Skipper Nikki Henderson, who is no stranger to fighting for first place right up to the finish line, knows that anything can still happen: “So, we have arranged another close one for all you supporters. This last bit is SO nerve racking. Constantly looking over our shoulder and hoping we don't make any mistakes. Let's hope it works out.” 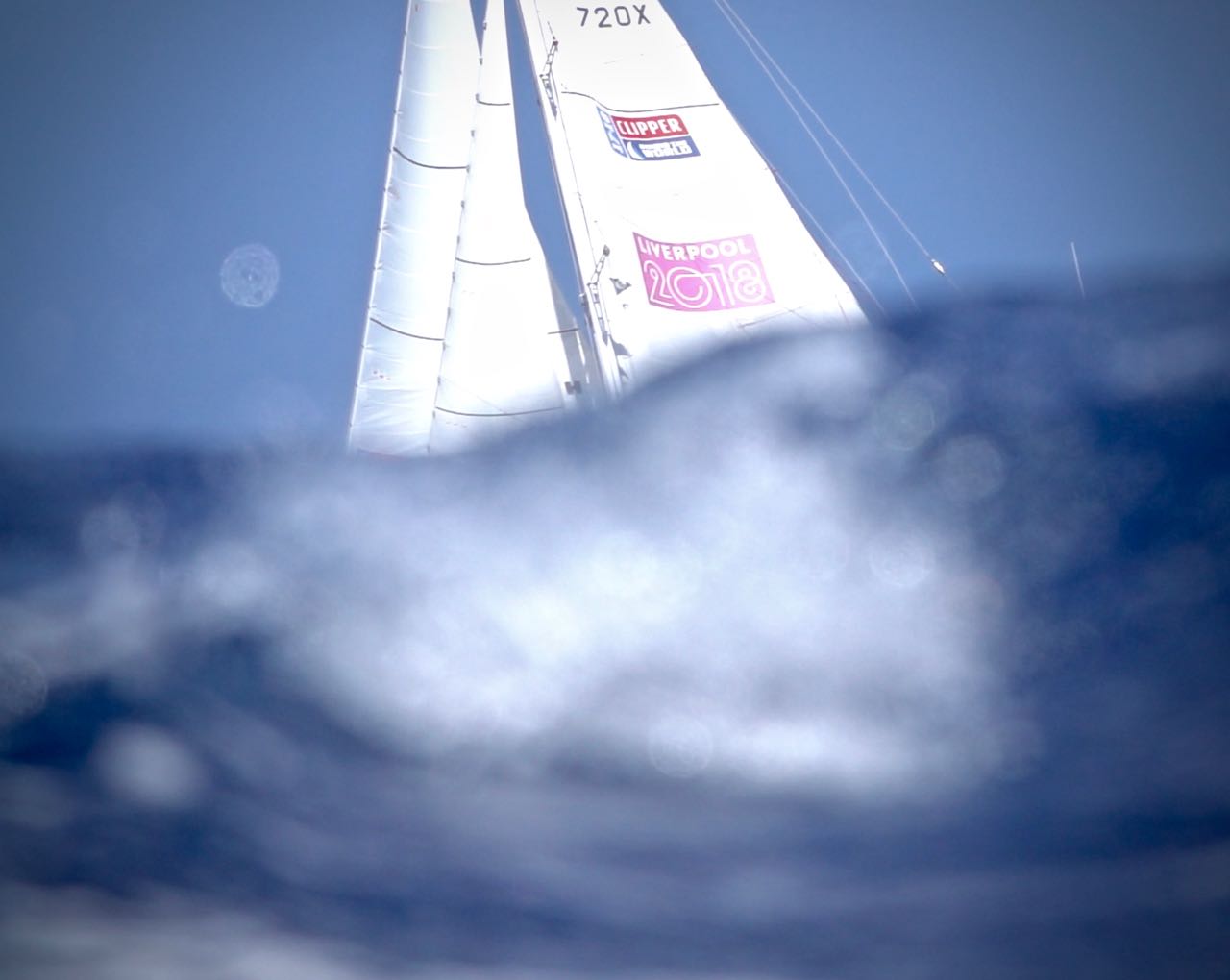 In second place is Liverpool 2018. After an impressive consecutive three-day lead, the pink boat is only two and a half a nautical miles (nm) behind the leader and the crew will be pushing hard to try and achieve its best leaderboard finish to date. Speaking from on board Liverpool 2018 Skipper Lance Shepherd says: “Being stuck in a storm for 90 minutes meant that all the other boats were able to catch us up and now we are in the drag race with PSP Logistics, Visit Seattle and of course, Sanya Serenity Coast.” 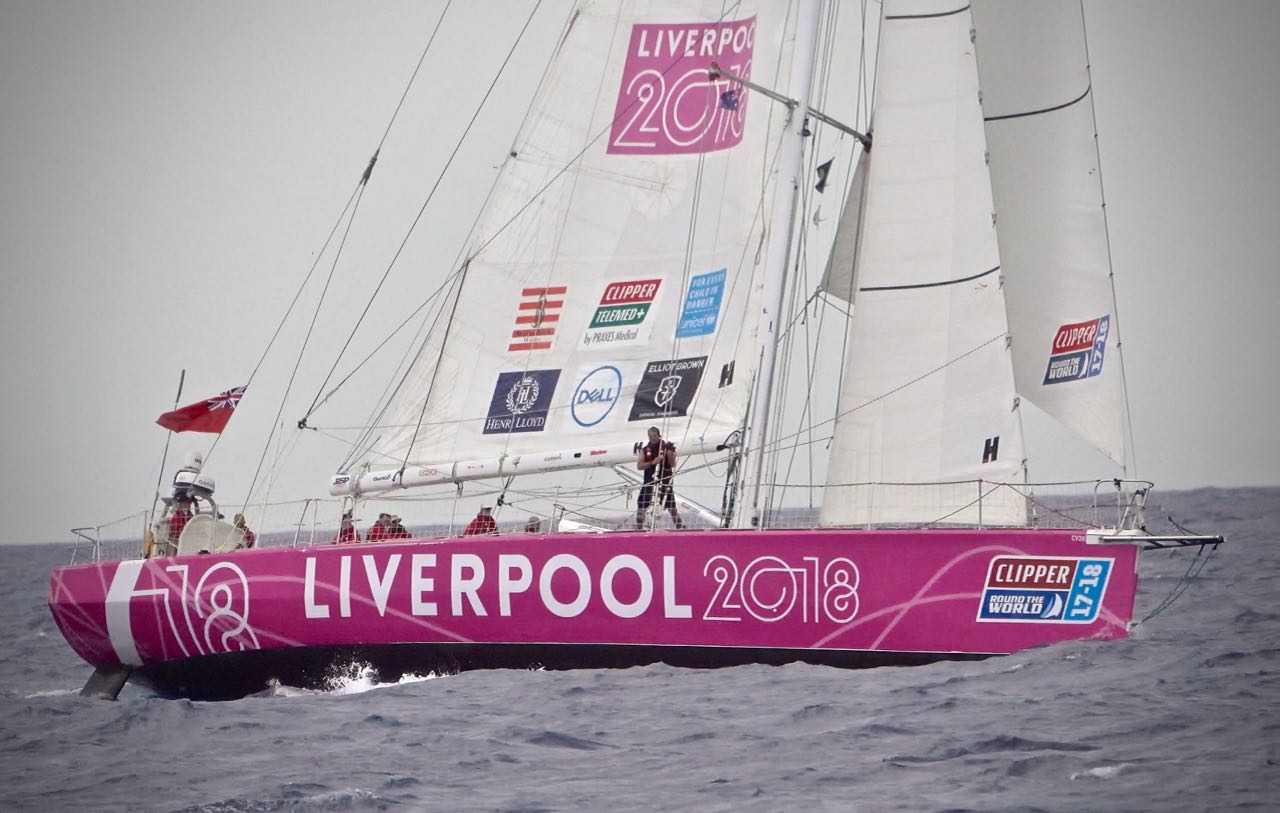 The drag race at the front of the fleet also includes PSP Logistics which has done remarkably well to claw back from eleventh place during the early days of the race to third. Speaking from on board Skipper Matt Mitchell thinks the team could see more progress during the final 24 hours: “Now we are making good speed, not quite directly where we want to go but a forecast favourable wind shift later on should solve matters there.”

Sanya Serenity Coast sits currently in fourth place and Skipper Wendy Tuck has been impressed by her competition, reporting: “It was fast and furious, but we weren’t the fastest. We are now playing catch up again with Visit Seattle.”

Elsewhere, there has been further changes to the leaderboard with Garmin gaining a place and sitting in fifth place, with Qingdao now in sixth and Dare To Lead in seventh.

For Garmin, which played its Joker during Race 6, this is an all-important gain. Skipper Gaetan Thomas says: “Now we are zig zagging in between reefs and islands for the last round, the leaders had the southerly winds before us and finally they passed ahead, but it is not over!”

Change continues further down the fleet with Unicef, which was in seventh yesterday, in eighth place today and GREAT Britain, which was in fifth yesterday, now sitting in ninth place. Despite its fall on the leaderboard, the GREAT Britain crew remains on top form and Skipper Andy Burns praised his team’s ability to handle the tough Southerly Buster fronts.

There has been no change at the back of the fleet, however, with Nasdaq and HotelPlanner.com in tenth and eleventh place for the third consecutive day.

According to Clipper Race Meteorologist, Simon Rowell, the fleet should continue to keep spectators guessing right up to the finish line and with localised squalls coming off the hot land, there could still be changes to the Race 6 leaderboard. Whilst it’s difficult to predict which teams will secure podium finishes just yet, its guaranteed to be a close, exiting and nerve-wracking finish in the Wondrous Whitsundays.

Team positions were correct at the time of reporting but are changing regularly so, keep up to date with how the changeable weather conditions affect the fleet as it completes the final 200 nautical miles via the Clipper Race Viewer and hear more from the Skippers and crew on the Team Pages.

On Day 7 of Race 6: The Wondrous Whitsundays Race, the Elliot Brown Ocean Sprint has turned into a marathon as wind holes have halted the progress of the Clipper Race fleet as it battles against the strong East Australian Current, which has even taken…