The fleet has continued to face frustrating conditions on Day 8 of Race 6: The Wondrous Whitsundays Race, with teams struggling over the end gate of the Elliot Brown Ocean Sprint. The final result will be announced once all teams complete the course, which is expected to be later today.

It’s been all change on the leaderboard with Liverpool 2018 popping up in first place after going under cover for the past 24 hours. In his blog today, Skipper Lance Shepherd praises his team, saying: “All I can say is that I'm so proud of the effort the crew have put in over the past 24 hours.”

He explained: “We entered Stealth Mode at 0600 UTC yesterday and all day and night we've been sailing up the coast of southern Queensland doing our best to hide from the other boats. (except from the lovely Wendo and her Sanya Serenity Coast team) - who can actually see us and not just on a computer screen).”

The race remains incredibly close, with Sanya Serenity Coast less than six nautical miles behind in second place, however Skipper Wendy Tuck reports that conditions are far from ideal, commenting: “Another frustrating day of not really sailing where we want to. The wind is coming from exactly the direction we need to get to. I guess it’s the same for all of us out here bashing into a short sea.” 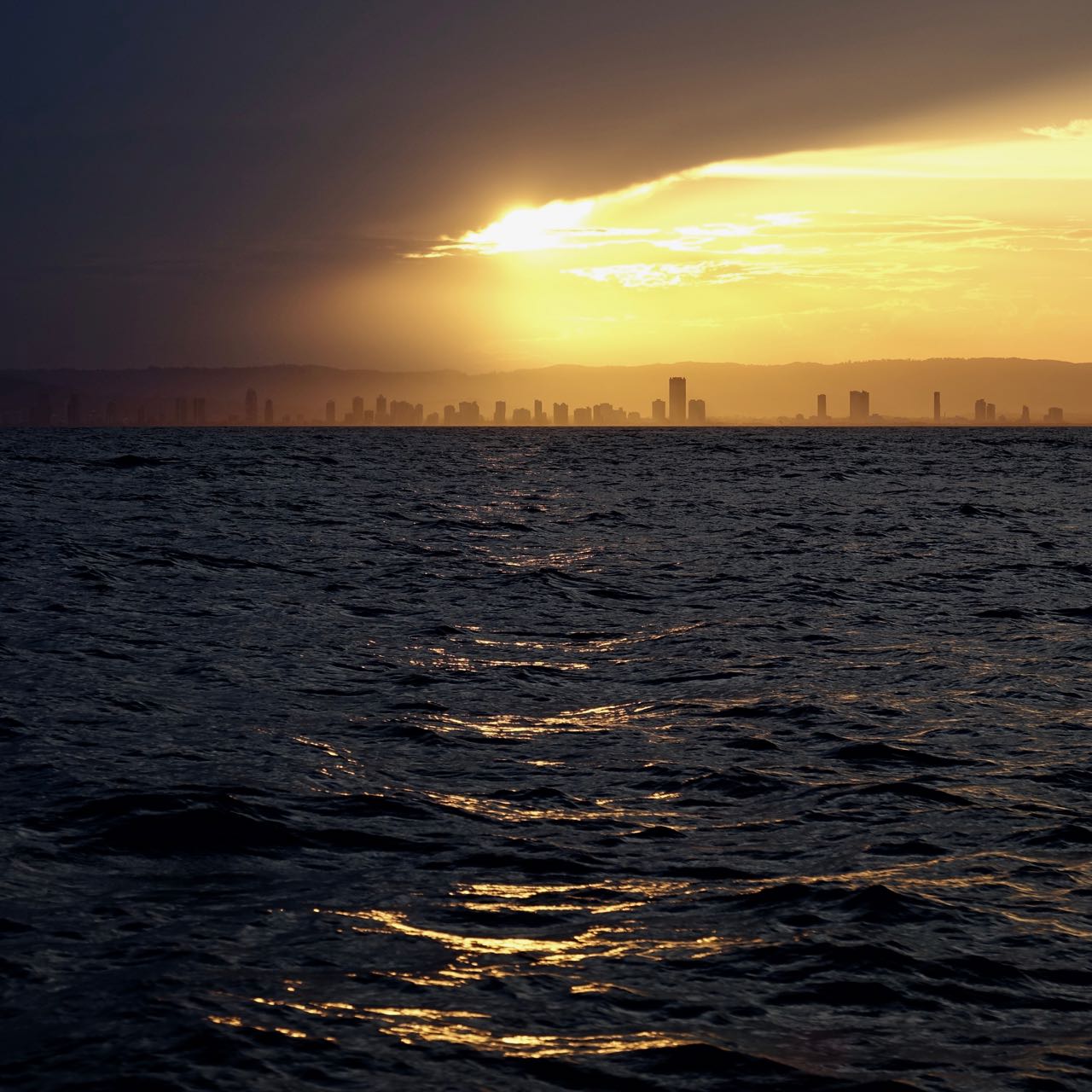 IMAGE: View of Australian Gold Coast from on board Sanya Serenity Coast.

Despite the uncomfortable living conditions, PSP Logistics has been steadily climbing the leaderboard and is in third place today with Skipper Matt Mitchell also proud of his crew’s achievements. He says: “It does seem that we have made some good gains over the last 24 hours and the crew have been working super hard to keep the boat going well. Long may the trend continue!”

Nikki Henderson, Visit Seattle Skipper reports: Well it's pretty windy out here! Glorious day's sailing today - shame it was in the most useless direction for getting to Airlie Beach. Either way, bright sunshine, smooth seas, moderate winds ... everyone helming and big smiles all round ... things have just changed in the last few hours and the wind and sea state are a little more fruity. The spray over the deck is a welcome respite from the hot sun.

Adding, before Liverpool 2018 emerged from Stealth Mode, she says: “We have been sailing furiously trying to catch up with Sanya Serenity Coast - but Wendo and her serene crew are just so good at sailing upwind. They put 10 miles on us overnight and every now and then we see them pop up on our AIS reminding us we aren't too slow!”

Skippers are looking forward to arriving into Airlie Beach and Unicef Skipper Bob Beggs is hopeful of a change in conditions: “The forecast shows promise of sustained winds for the next couple of days albeit on the nose initially. So, progress is being made inexorably toward Airlie Beach.”

It will be a welcome arrival after a challenging race but crews have remained optimistic with GREAT Britain Skipper Andy Burns explaining: “This race has been fraught with more upwind, wind holes and adverse current than any ocean racer could want. The crew however remain positive, focussed despite the heat and continue pushing for what will be a very well deserved first of many light refreshments in what is renowned to be an Australian paradise.” 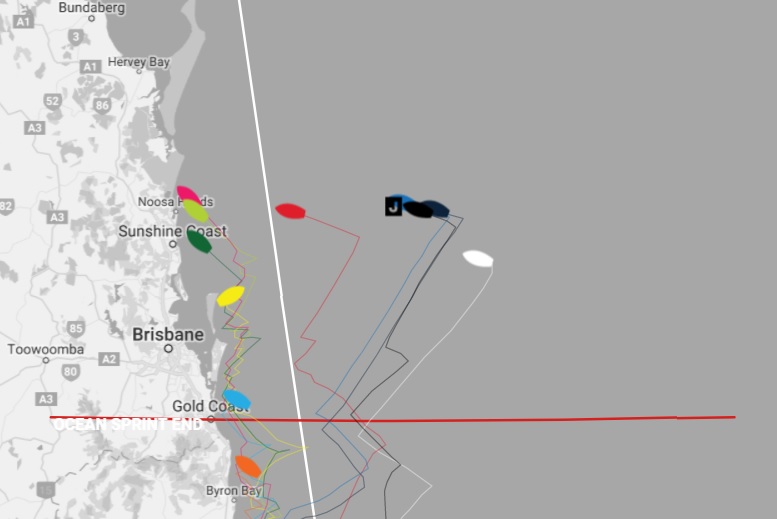 In the meantime, slipping from third to eighth is Qingdao, whose Skipper, Chris Kobusch, reports: “Our tacking angles are ridiculous and so is our VMG (Velocity Made Good - our actual speed towards a waypoint, taking your speed and angle towards the waypoint into account). On port tack we are looking at a VMG of less than a knot and on starboard it is between 3 and 4.”

Further offshore in ninth position is Dare To Lead and Skipper Dale Smythis pleased with recent progress after a tough start to the Elliot Brown Ocean Sprint: “We decided to just bite the bullet and sail offshore of the strong current. We finally finished the Ocean Sprint but, considering we spent some of it going backwards, we do not hold such high hopes for a result.”

Upwind conditions are set to continue for the fleet with Clipper Race Meteorologist, Simon Rowell, reporting that the next front is steadily moving north, reaching the teams at some point tomorrow.

The latest Estimated Time of Arrivals for the teams into Abell Point Marina, Airlie Beach, can be found on the Clipper Race website and will be updated regularly as the teams approach the finish line.

In the meantime, keep up to date with the latest position changes via the Clipper Race Viewer and hear more from the Skippers and crew on the Team Pages.