Well, it has been an extremely busy 24 hours for the fleet as they sail in The Sanya Tropical Paradise Race. The slow conditions continue to frustrate and this has caused a really close-fought battle between Seattle, Imagine your Korea, Unicef, WTC Logistics and Punta del Este.

All the skippers are reporting on how close the competition is and how the weather is having such an impact on the race. The squalls are still in the mix and the Skipper’s strategy to handling these squalls continues to be a high priority.

Dare To Lead’s Skipper Guy Waites says: “Over the last 24 hours, we have been the fastest boat in the fleet, the slowest boat and somewhere in between, much like everyone else. Such is the weather we experience, as we edge further and further north for the entrance to the Doldrums Corridor It's strategy time. How do we play our hand?"

David Hartshorn, Skipper of Seattle says: “It is fascinating to see the different speed and course of the ground that other three yachts and ourselves are doing, in such a close proximity we are getting influenced by greatly differing winds. The winds are light and variable, both in terms of speed and direction.”

WTC Logistics Skipper, Rich Gould comments:“Each team seems to have been on the right and the wrong sides of squalls and wind shift this morning, with sometimes as little as half a mile separating the our little threesome of yachts, but each boat going wildly different directions, such is the way in the tropics. Miles that have taken all night to gain are won and lost on the cusp of a squall, as squalls approach trying to work out if they will help or hinder, it’s more like cat and mouse rather than the snakes and ladders of the last leg” 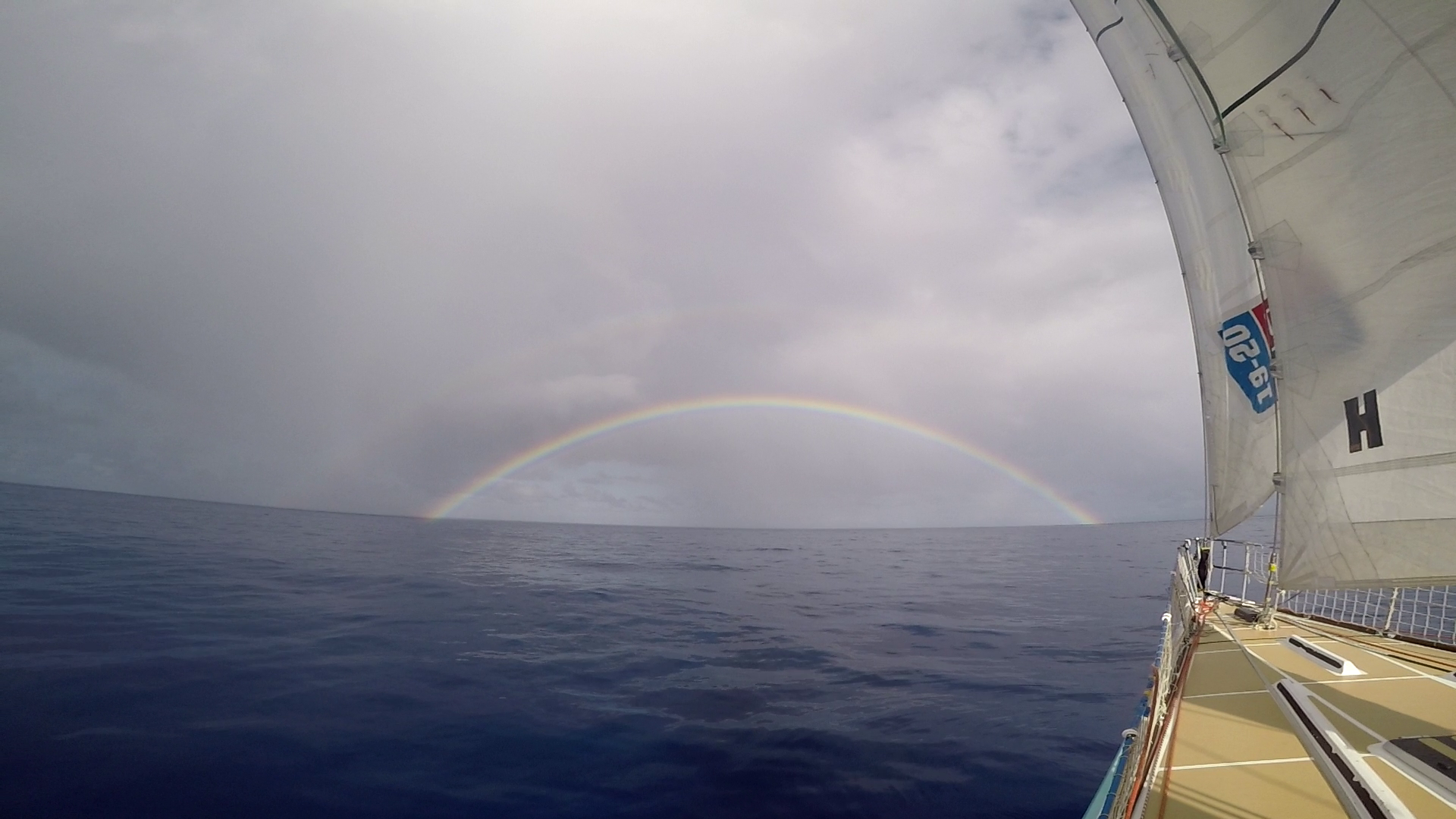 The crew members have been celebrating both Burns Night and the Lunar New Year for China, Vietnam and Korea. On Imagine Your Korea, proud Scotswoman Gillian Donald is flying the St Andrews Flag and tucking into some delicious shortbread. Not to be outdone, her Korean teammates Yooyoun Cho and Inbeom Kim have been celebrating Korean New Year with some snazzy new outfits.Whether they were Scottish, Korean or any of the many nationalities taking part in the Clipper Race, one thing really captured the imagination of the fleet in the last 24 hours. The rain!

The hot weather can make for quite sticky conditions. However, the heavens opened and it absolutely poured down. This was ideal for the crew members who were able to take an indulgent shower and as GoToBermuda’s Skipper ‘Wavy’ advises:“At least we all had a really good rinse and managed to have a good clean and hair wash. I felt like a new man afterwards. Make sure you keep following the Race Viewer for the most up-to-date-action! The tussle for first place looks set to be a close and exciting challenge for all teams as they proceed north to the equator and back into the Northern Hemisphere. 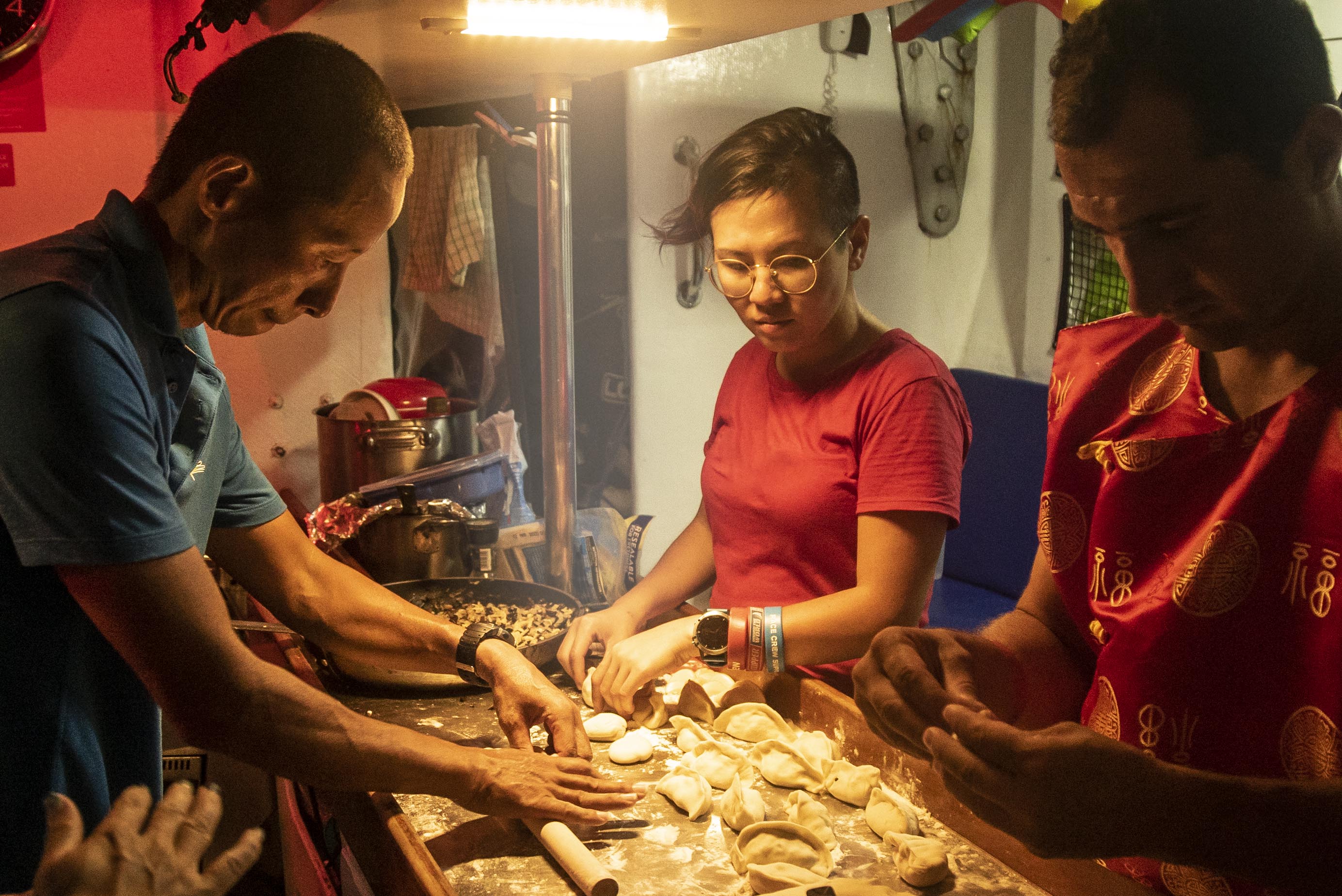 The steady weather conditions have continued to affect the fleet as they sail in The Sanya Tropical Paradise Race. For now, the tussle at the top of the leaderboard continues between Ha Long Bay, Viet Nam and Qingdao, the distance between both teams is extremely…

The Whitsundays has delivered a feast for the senses, from the azure blue waters to the stunning natural landscapes of…