The race to Qingdao is reaching its climax and the Clipper Race teams are pulling out all the stops to gain a tactical advantage in the final stage of Race 8: The Sailing City Qingdao Cup. Stealth Mode has been the order of the day with Skippers using the option, before there is 250 nautical miles to go, to hide their positions from each other in this final approach.

The Scoring Gate points have been announced, with three points awarded to Qingdao, which is currently in Stealth Mode. GREAT Britain re-emerged from its own invisibility cloak having been the second boat to cross the gate so will claim two bonus points.

GREAT Britain Skipper David Hartshorn says: “Did you miss us as we played hide and seek over the last 24 hours? We found the Scoring Gate, and like Captain Scott found someone else had got there before us, well done Chris and the Qingdao crew.”

No other teams opted for the Scoring Gate, choosing instead to focus on race position, and it’s PSP Logistics who once again leads the race to Qingdao for the seventh consecutive day. Skipper Matt Mitchell is enjoying the conditions but not taking anything for granted, saying: “Well, this is much more like it. Lovely sunshine, a flat boat and much quieter on the fishing boat front. We now have 270 nautical miles (nm) to go but with the next pack behind hot on our heels this race is far from over.” 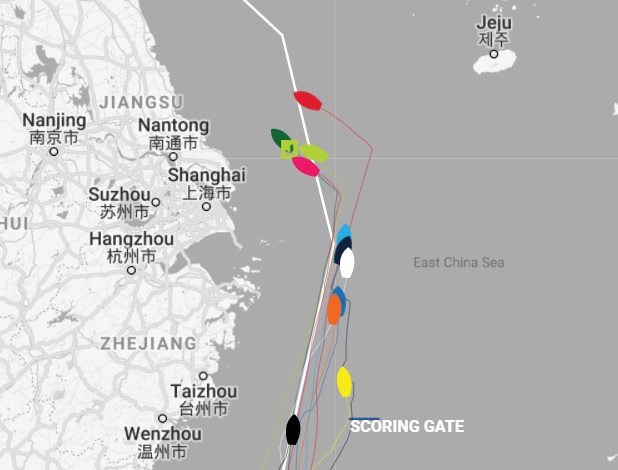 Whilst Qingdao is in Stealth Mode, Visit Seattle is less than 30nm behind the leaders. Skipper Nikki Henderson has been reflecting on how far the Clipper Race Skippers have come since starting work a year ago, and says that the conditions on this race have not always been what she imagined: “When I pictured entering the Yellow Sea I imagined an upwind slog, a grey day, thrashing rain - even greyer sea - instead we have today ... bright, bright blue sky with not a cloud in sight, flat as flat sea with downwind sailing under our spinnaker. Someone up there who is friends with Mother Nature is clearly on our side.”

Less than 20nm further behind, Sanya Serenity Coast is in a close fought battle with Liverpool 2018 and Skipper Wendy Tuck is keen to make the most of having played the team’s Joker Card. This morning, she reports: “We are still under kite and we sailed with Liverpool 2018 for most of the night. It is nice to have someone nearby, even if it is just to chat about how taxing it is to stay on such a lookout all the time. If we were worried I wonder how the captains of the container ships feel as they try and meander through.”

With Qingdao and Garmin currently in Stealth Mode, it is Nasdaq that is leading the chasing pack, around 80nm further behind. Skipper Rob Graham will have to wait and see if the redress that it was awarded (along with Qingdao) earlier in the race will affect its final position but for now is focussed on the task in hand. He reports: “Progress is good and comfortable. We're matching course and speed with Dare To Lead, on AIS nearby and we have under 400nm to those Qingdao / Tsingtao beers.”

A further 35nm behind this pack is Unicef, which is holding off a challenge from HotelPlanner.com, which is less than five nautical miles away. The latter’s Skipper, Conall Morrison, reports: “Early morning saw an un-forecasted wind change and then back to spinnaker weather where we closed the gap to Unicef. They are keeping us honest watching our trim and sailing angles, however they seem to have a slight speed edge and we continue to search for solutions.”

He adds that the crew have been able to successfully navigate fishing waters, explaining: “With good communications from below and using the Liverpool 2018 hailer system installed in Hobart we successfully managed to wriggle through without getting too close to any. The crew performed well identifying lights with the hand-bearing compass and adjusting course and trimming sails as directed by our keen navigation team of Carsten Busk and Tom Parker.” 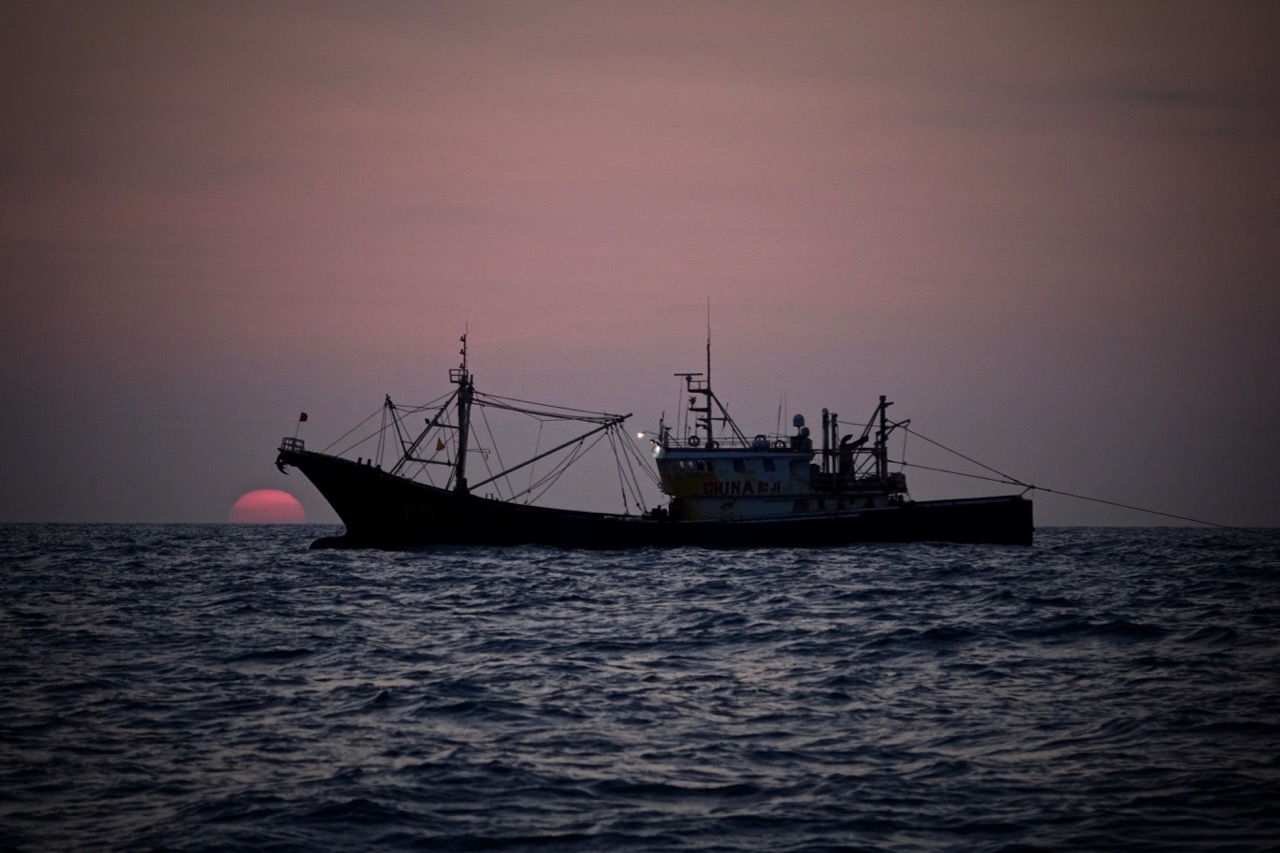 IMAGE: A view of one of the fishing vessels from on board Sanya Serenity Coast.

With less than 48 hours to go before the Clipper Race fleet arrives into Qingdao, there are some local weather differences expected around the large cluster of low cumulus, causing some teams to return to white sails from spinnakers.

Keep up to date with the latest progress of the Clipper Race fleet via the Race Viewer and you can also hear more from the Skippers and crew on the Team Pages. Remember to nominate which team you think deserves to win the Stormhoek Social Spirit Award.