Very few professional sailors can say they have sailed in hurricane force winds and a phenomenal sea state with waves greater than 14 metres, but at 1800 yesterday this was the official situation facing the Clipper Race fleet in the North Pacific Ocean.

The low-pressure system that arrived close to the north of the fleet yesterday delivered a heavy weather blow which resulted in record-breaking surfing speeds and awe-struck observations of the full power and beauty of Mother Nature in this race from Qingdao, China, to Seattle, USA.

Dale Smyth, Skipper of sixth placed Dare To Lead, explains his view from the Pacific’s front row, reporting: “Let me paint a picture. Outside its blowing a solid 50 knots and gusting 70-75 in the hail squalls. The temperature is sub zero. The sea state is massive and regularly breaking. We Just hit a top speed of...wait for it 32.8Kts! This is where you tread lightly and feel like a gazelle running between a pride of lions. Safety is top priority, we stopped ‘racing’ 24hrs ago.

“On the flip side, this is my drug, my passion, the reason I sail. The scene outside could not be captured in a million frames or painted on a million canvasses. Your weekend yachtsman will never see nature unleashed like this. This is what makes us human, risk and reward. These wild ocean vistas get tattooed on your soul.” 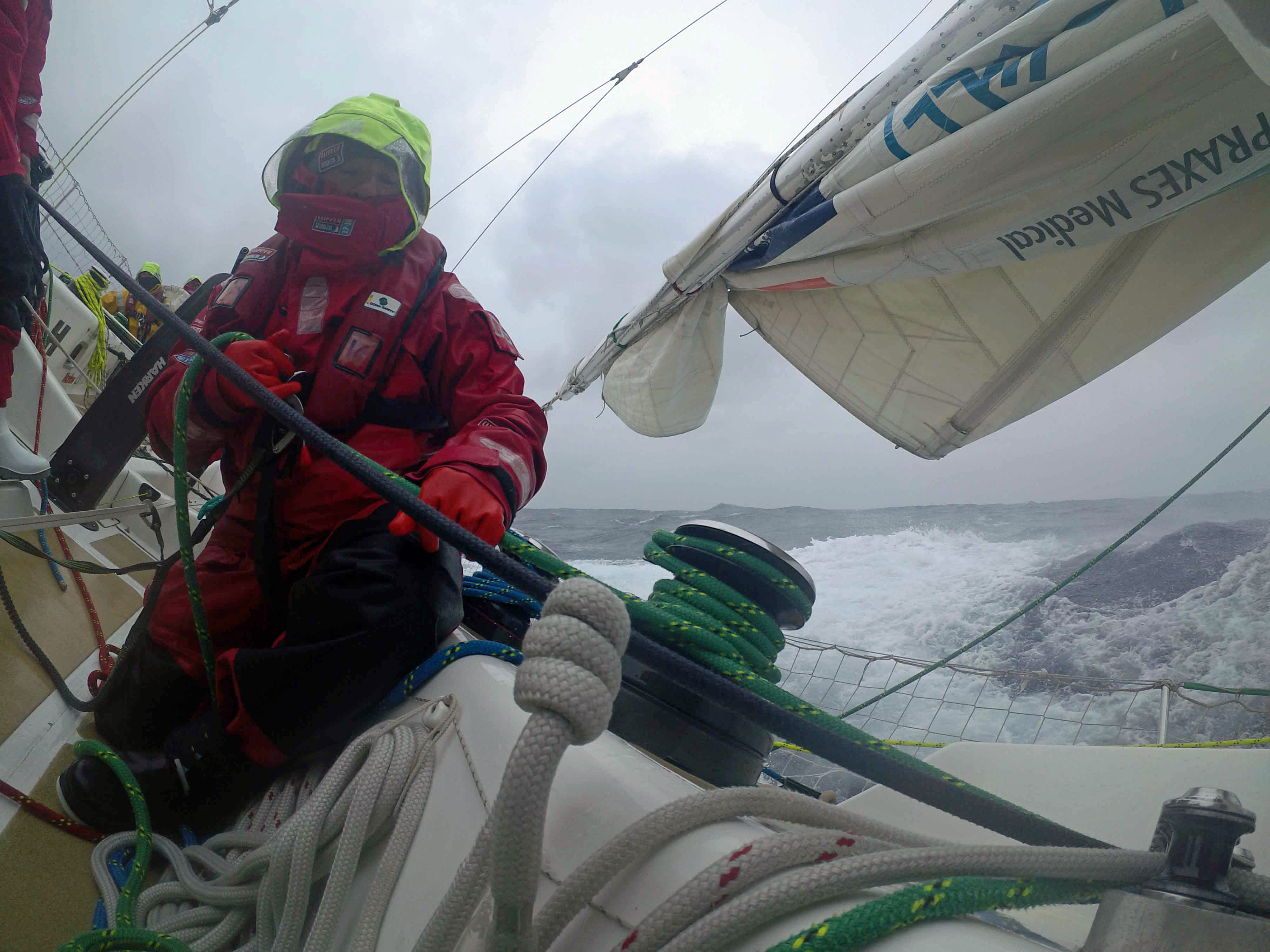 The magnitude of what the teams are taking on has not passed by eleventh placed GREAT Britain Skipper David Hartshorn either, who said: “It was just at dawn, I was behind the helm and I looked around and saw nothing and everything at the same time. It was like being on another planet, I had forgotten how stunningly beautiful and overwhelmingly intimidating at the same time the North Pacific can be.

“Waves the size of houses would be too cliché to try and describe the sea state. To me they are more like pursuing creatures, charging down on us as they raise in height, stimulated by some mythical wave charmer, to envelope and then consume the GREAT Britain boat.”

Dave adds: “The power and enormity of the sea state, triggers feelings of isolation, and our vulnerability, while simultaneously giving us an exclusive insight to the power of nature. It is an amazing experience, the boats on the fleet will be having similar experiences, but Mother Nature at the moment is giving the GREAT Britain crew our own spectacular show, there is no one here but us to witness it.”

The extreme weather has brought overnight changes throughout the leaderboard and racing remains remarkably close. Qingdao has taken the lead from Sanya Serenity Coast, which has slipped to third and PSP Logistics is back in the top three, currently second.

Despite being in the middle of the ocean and 20 days into the race, HotelPlanner.com (sixth) reports seeing Dare To Lead cross its path just 3nm of its bow and Qingdao Skipper Chris Kobusch said: “Earlier on we saw Sanya Serenity Coast on the AIS, only 7nm away, but we were headed north east and Sanya Serenity Coast south east. So after a short while they disappeared from the screens and we are alone again.”

Notable fleet progress also includes Visit Seattle moving up to seventh after struggling to catch up in tenth for most of the race. 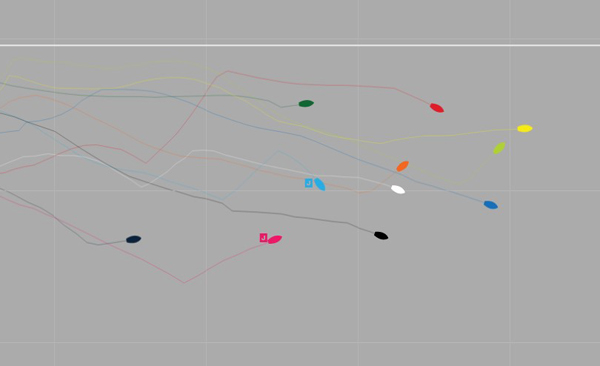 However, the skippers are playing the long game with an average of 2000 nautical miles to go, safety always remains a priority, with at least a couple of teams saying they stopped racing temporarily during the storm to preserve the boat and crew energy

One Skipper ruing his tactics in this race is Liverpool 2018’s Lance Shepherd, in tenth place today, who explains: “To be honest with you, over the last couple of days I have been battling with myself about my decision to come so far South and our low boat speeds compared to the others. It was a big call especially as we were already 200 miles behind and we have the added pressure of playing our joker. However, my number one priority is to keep the crew and the boat safe.”

He goes on however to note that yesterday was a far more exciting day of record breaking surfing speeds of around 30 knots and adds: “It’s amazing how well these boats surf, we have a Yankee 3 up in 35 knots of wind but the power of the sea picks you up and hurtles you towards your destination… so I am starting to feel a bit better about my decisions now we are heading the correct way.”

The storm will continue to move east and Simon Rowell, Clipper Race Meteorologist, reports that as the low moves away the wind should ease and gradually back ahead of the next high, with the westerly leaders seeing the lighter breeze sooner. This high will become the most important system over the next few days and positioning in front of it will give the teams more tactical options.

Keep track of the fleet to see how the next weather system affects the fleet via the Clipper Race Viewer and hear more from the Skippers and crew on the Team Pages. 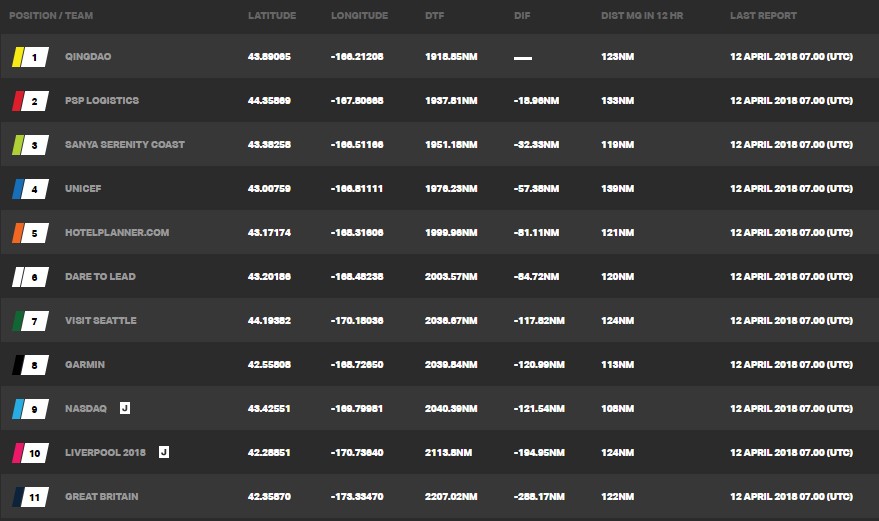 The forecast big weather arrived right on schedule with the Clipper Race fleet hit by powerful winds and waves on Day 19 of the race across the Mighty Pacific Ocean to Seattle.Whilst the south-easterly low-pressure system moved through the teams quickly, it definitely left its…

The Clipper Race fleet ticked off another significant race milestone during Day 18 when it crossed the International Date Line.…

The next stage of the incredible journey that is the Clipper 2017-18 Race will return this week, when Episode 3…