Clipper Race Crew are encouraged to blog about their on the race experiences so followers back at home can live vicariously through their adventures. One such blog was sent back from the Southern Ocean by Frank Hoogland, who was competing on the Imagine your Korea team and racing from Cape Town to Fremantle. Here are some excepts from his blog and that of First Mate Sam Cooper from the same day.

More wind on the way. So far it has been windy, up to 35 knots (7 Beaufort or so) but not really Southern-Ocean like. How little did we know.....

In the night, the Millie watch had already experienced temporary higher winds. They had to reduce the area of the mainsail by putting in reefs, take them out, and put them in again. At 0600 there was watch changeover to my Hector watch, and the skies looked dreadful. Rain, low light, and the clouds racing through the skies. Everything you’d expect in this place on earth, but with much higher winds....

Concentration on the helm was needed, and my vision narrowed to a minimum in order to steer the boat in the right angle to the wind. We sailed with two reefs in the mainsail, and our biggest headsails, both of them. Everybody on board went silent in shock and awe. If I steered the boat too much upwind, it would round up into the wind and being knocked down and unsteerable...

...70 knots plus fortunately didn’t last long, but 60 knots plus was there 10 minutes or do. Everybody held their breath, for the winds but also for the amazing views of the wild seas.

We kept the boat on its feet and were very happy with ourselves and the experience. Shortly before the squall hit, I gave my GoPro camera to someone else who shot some videos. This video (above) will never be impressive as the real thing, but for sure it is spectacular. 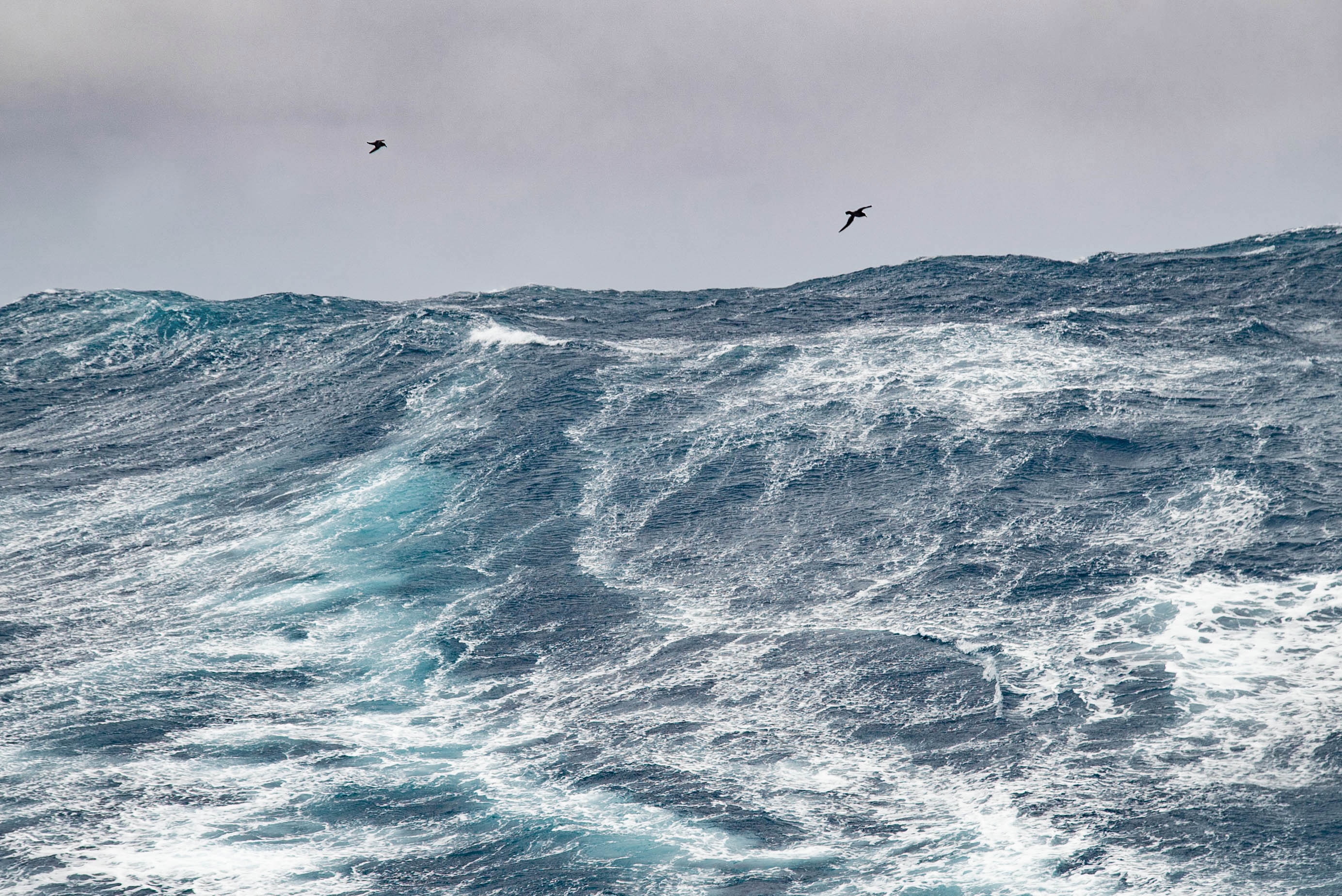 Yesterday was a long day. We started the day by putting in a pair of reefs which, with our Yankee and Staysail, was a fast but manageable sail plan for the building wind. We had been warned of winds in the 50s, but then the first front hit.

Frank Hoogland was on the helm and held the boat beautifully as the wind speed rocketed up to 72kts, driving hail horizontally down the deck (no hood or hat for me, this part was really quite painful) and whipping the tops off the waves. With the Main fully eased we had nowhere to go but Frank saw us through with Dan and I stood either side and Brino (Brian Anderson) on the opposite wheel ready to apply a bit of extra muscle. Just as order began to re-establish itself, we caught a sidewinder that blasted the cockpit and doghouse hard enough to wash water bottles, ropes and crew down the boat.

A spell of relatively moderate conditions and sunshine allowed us to hit reset, finish breakfast (my porridge had actually been washed out of its bowl as I ate and watched the helm), before round two. This came on with far less preamble, appearing as a pretty average squall on the horizon, which we cautiously reefed back down for (well done to Richard Hutchings and watch for particularly rapid reefing). By the time I had wriggled back from the pit to the helm, everything was going dark again, and this time the wind went straight to full speed (68kts)....

The afternoon brought bigger seas, and the conditions remained serious, but some order and control was re-established, allowing us all to take a deep breath.

All the best from Imagine your Korea, currently sailing downwind in sunshine and good breeze,

With the Vendée Globe 2020-21 underway, Clipper Race Founder and Chairman, Sir Robin Knox-Johnston is sharing his views on each day's racing and what lies ahead for the solo sailors which included Brit and Clipper Race Alumni, Alex Thomson until his race came to an…

On day 12 of the race from Cape Town to Fremantle, Skipper Josh Stickland, on board Ha Long Bay, Viet…