On day 12 of the race from Cape Town to Fremantle, Skipper Josh Stickland, on board Ha Long Bay, Viet Nam reported on the team's racing action.

Well finally! We have the kite up after 11 days of white sails, eight days just forward of the beam and three days beating to wind. We are finally getting some surfing! 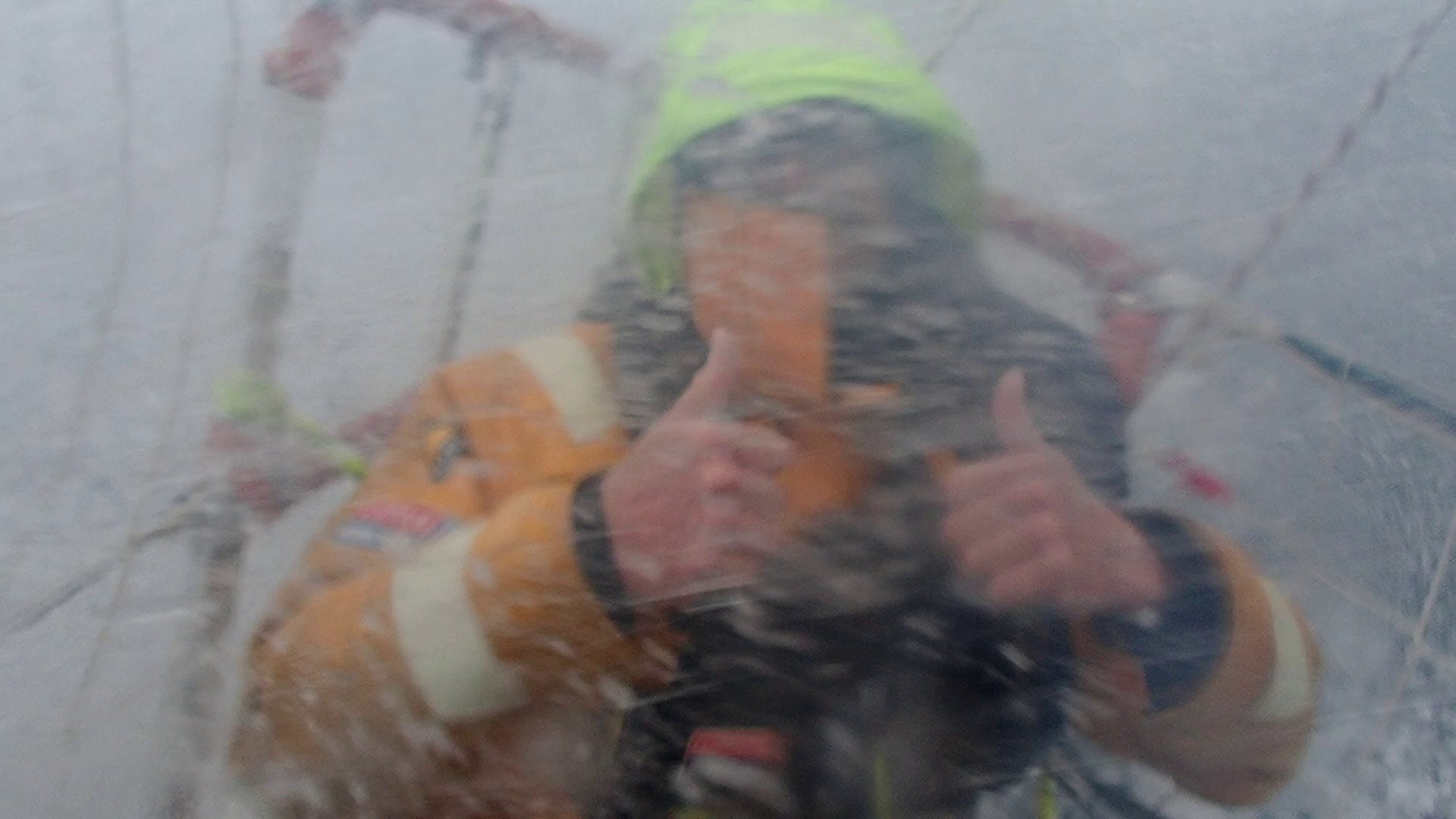 I'm not moaning, I'm very thankful for the position we find ourselves in, and I think it’s safe to say the crew and I have surpassed our expectations so far this race and would not have done much differently. But when you hear of the boats only a couple of hundred miles away, writing of regular 20 knot surfs in their blogs and we have been getting wave after wave in the face and slam after slam making your fillings rattle, going 11 knots peaking at 12, you do question 'it'. However, now the sun is proper shining and the sky is a friendly blue, with Hugo’s music playing (some is questionable). 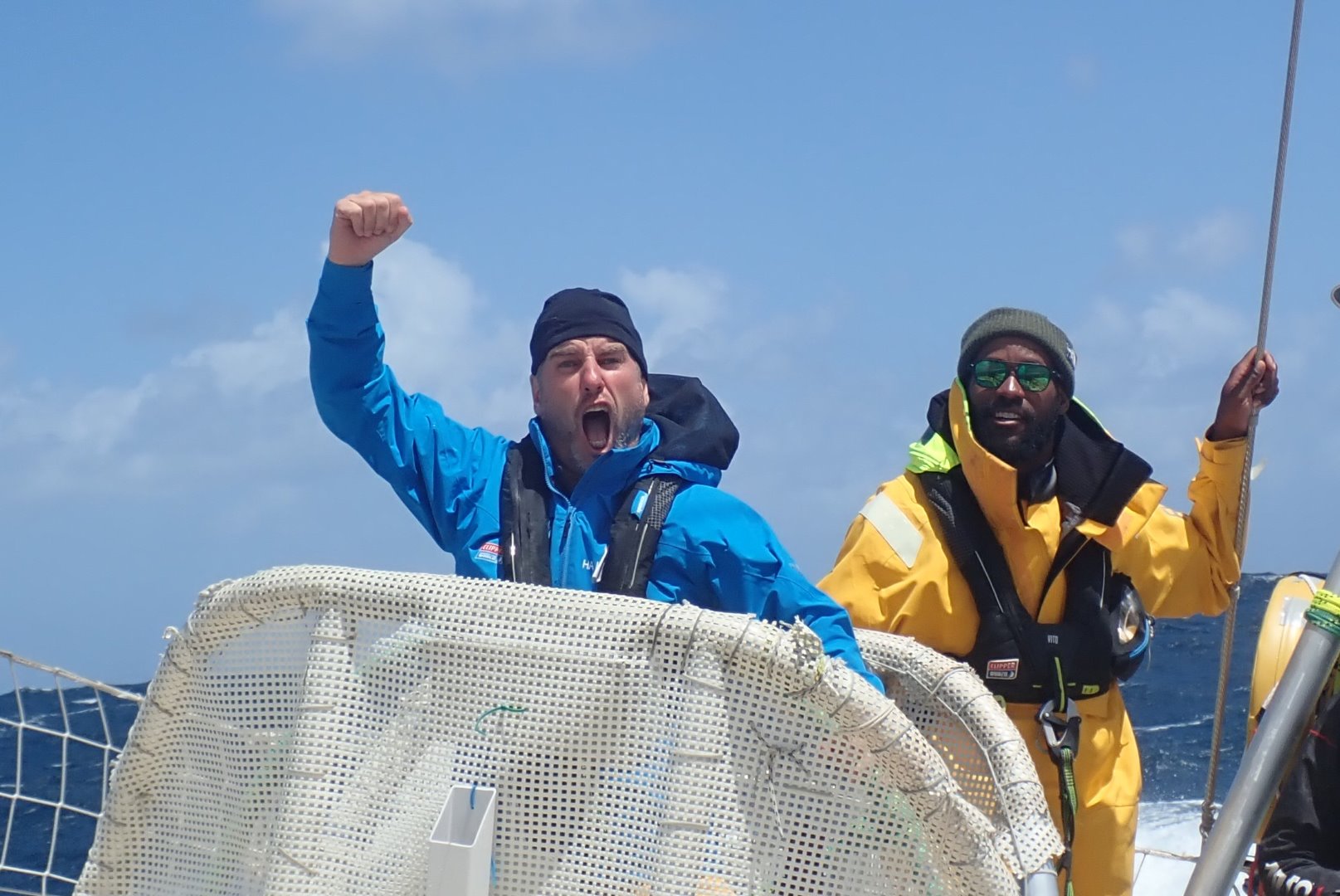 I had a funny old watch this morning. I was on the graveyard 0200-0600 and we were sailing close hauled when the wind started to back (it was forecast to) and back and back it went till it had done a 190 degree shift. We then found ourselves running downwind in to swell...very odd (sorry this paragraph is a bit sailor-ey) and then from nowhere 40 knots decides to start blowing. I must get some sleep, had pancakes for breakfast, a sure winner. 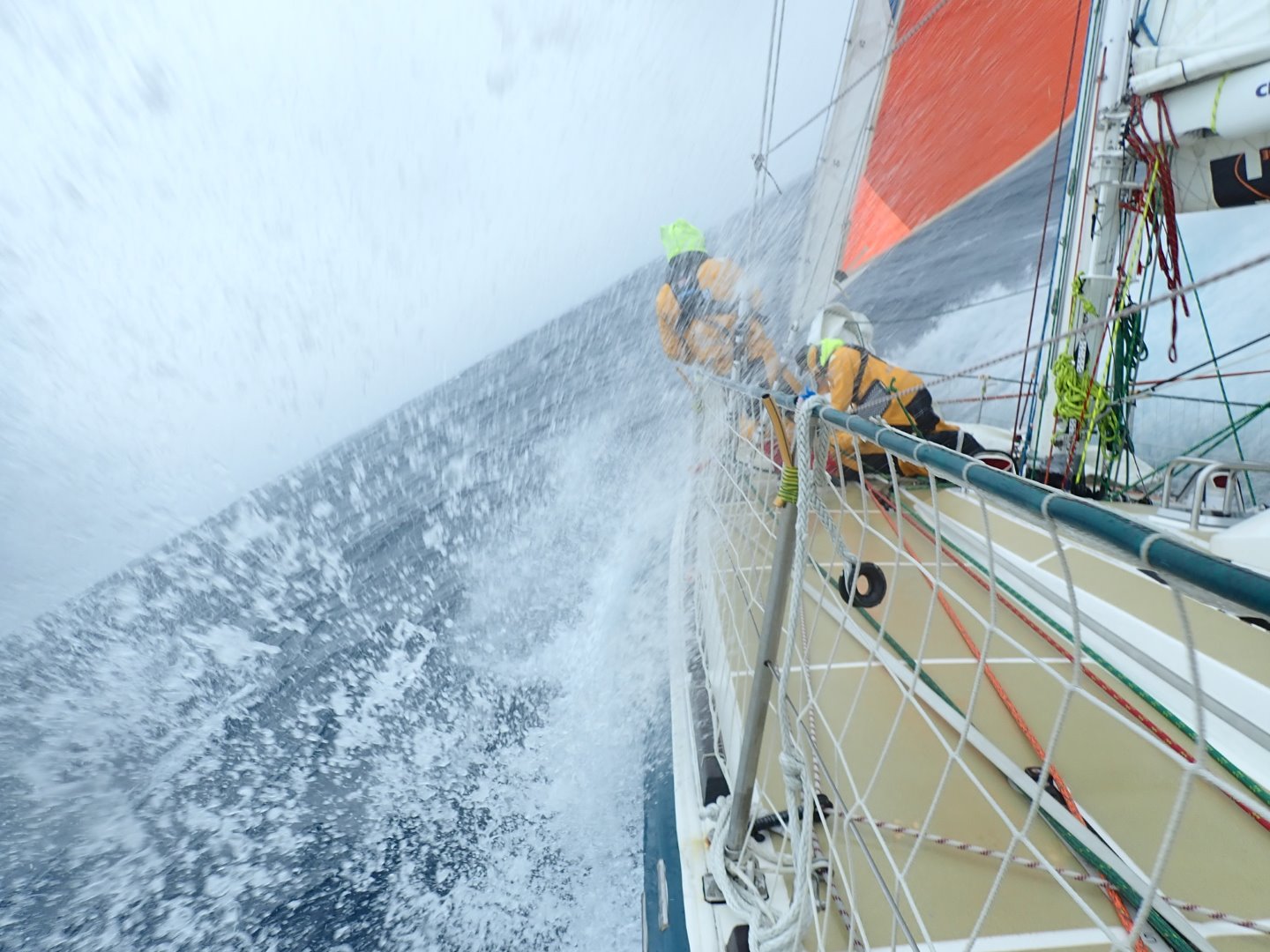 P.S. (from Hugo): Well finally today, Josh's "Mme Irma" weather prediction became true. Mme Irma is a generic name for the cliché of an old woman at a fair, reading your future in a crystal globe or the lines of your hand. Needless to argue about the possible truth that is coming out of the predictions of Mme Irma.

So six days ago, when it was cold and wet, Mme Josh announced to the crew that in three days time, it would be swimsuit and sunscreen weather. Three days after, massive waves were still crashing into the deck, the sky, the ocean and our souls were grey. And the crew joke at every changeover: "put your swimsuit on for sure, but under your foulies". So two days ago, Mme Josh struck again, announcing: tomorrow will be sunny. And of course we spent yesterday and the whole night under rain.

So this morning, when the sun was finally shining again, after a long week going MIA, Josh raises his chest: "see? I told you so!"

For New Zealander Susie Blair, a round-the-world crew member on WTC Logistics, her race down to Cape Town saw big…