A day charged with emotion and pride has been witnessed in Punta del Este today as the crew of non-professional sailors set off for the second leg of the Clipper 2019-20 Race. The fleet slipped lines at 15:00 UTC in front of a huge crowd lining the marina, departing from the place it has called home for the past week. 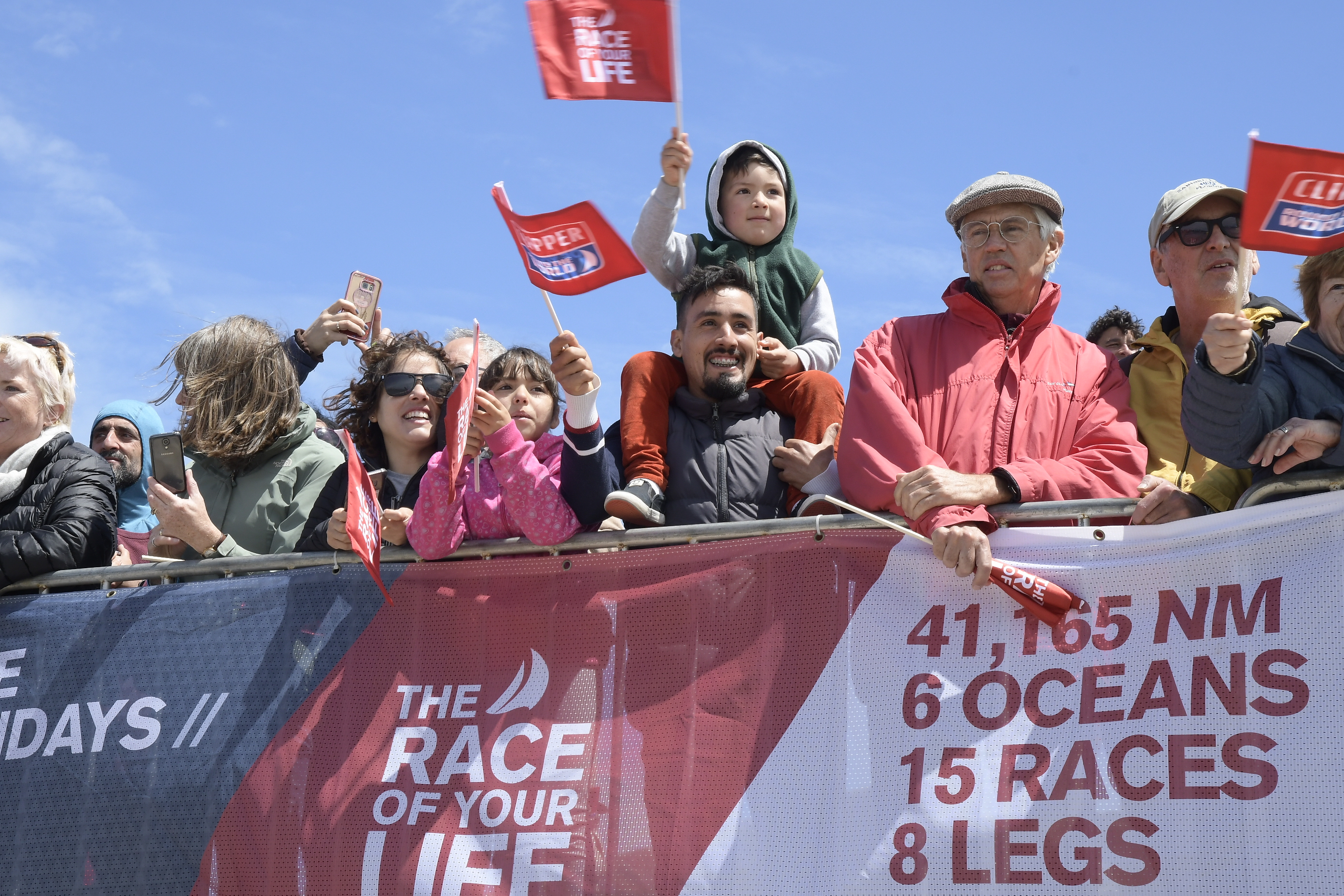 Before the Slipping Lines Ceremony Qingdao AQP, Rhiannon Massey said: “I’m feeling very excited to get going again. I always have those little nerves, but I can’t wait to get back on the water and get racing.” 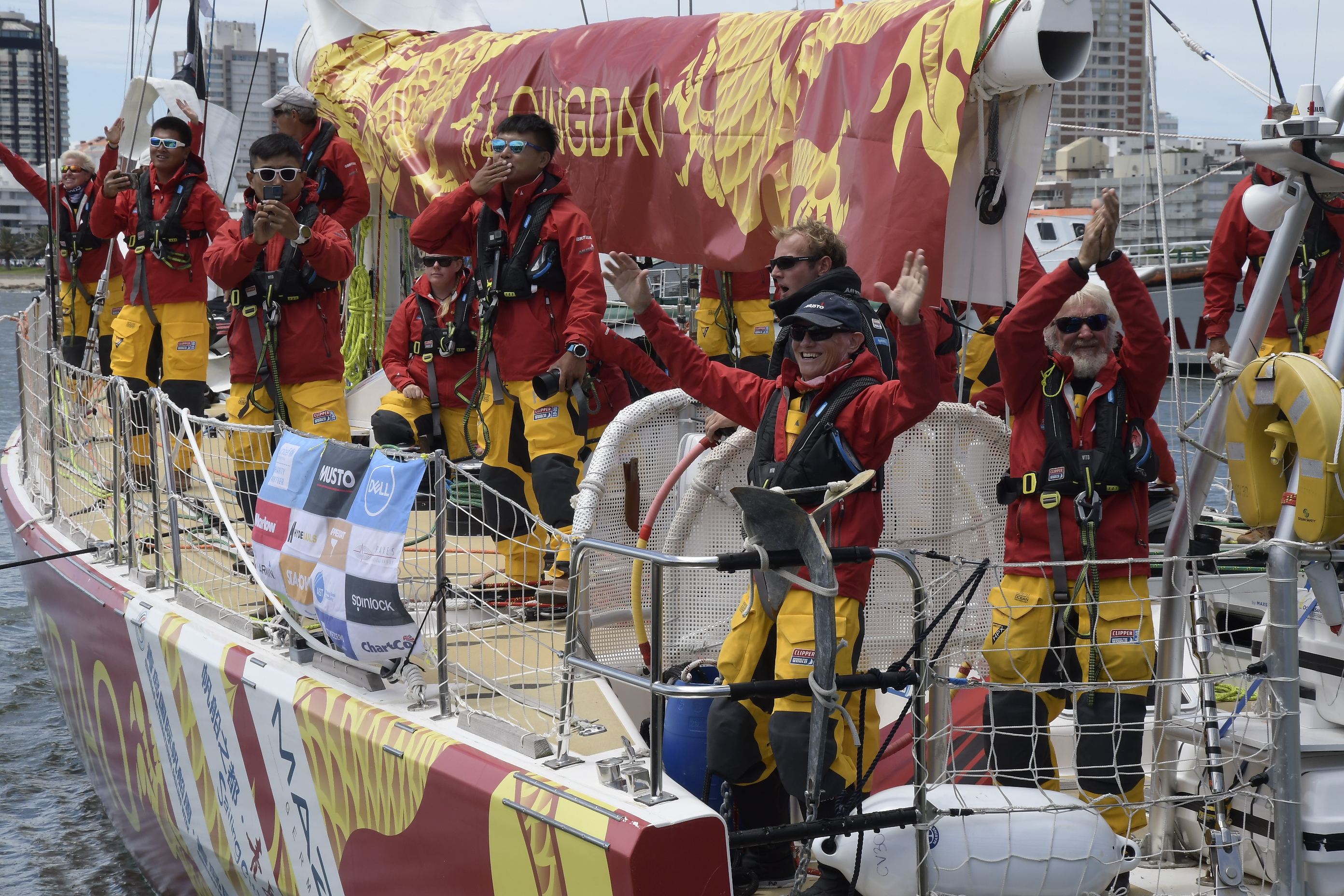 She continued “It’s amazing there’s so many people here already. When we turned up this morning, we had loads of locals and supporters welcoming us. And we now have the Navy band playing, and there are so many people.” 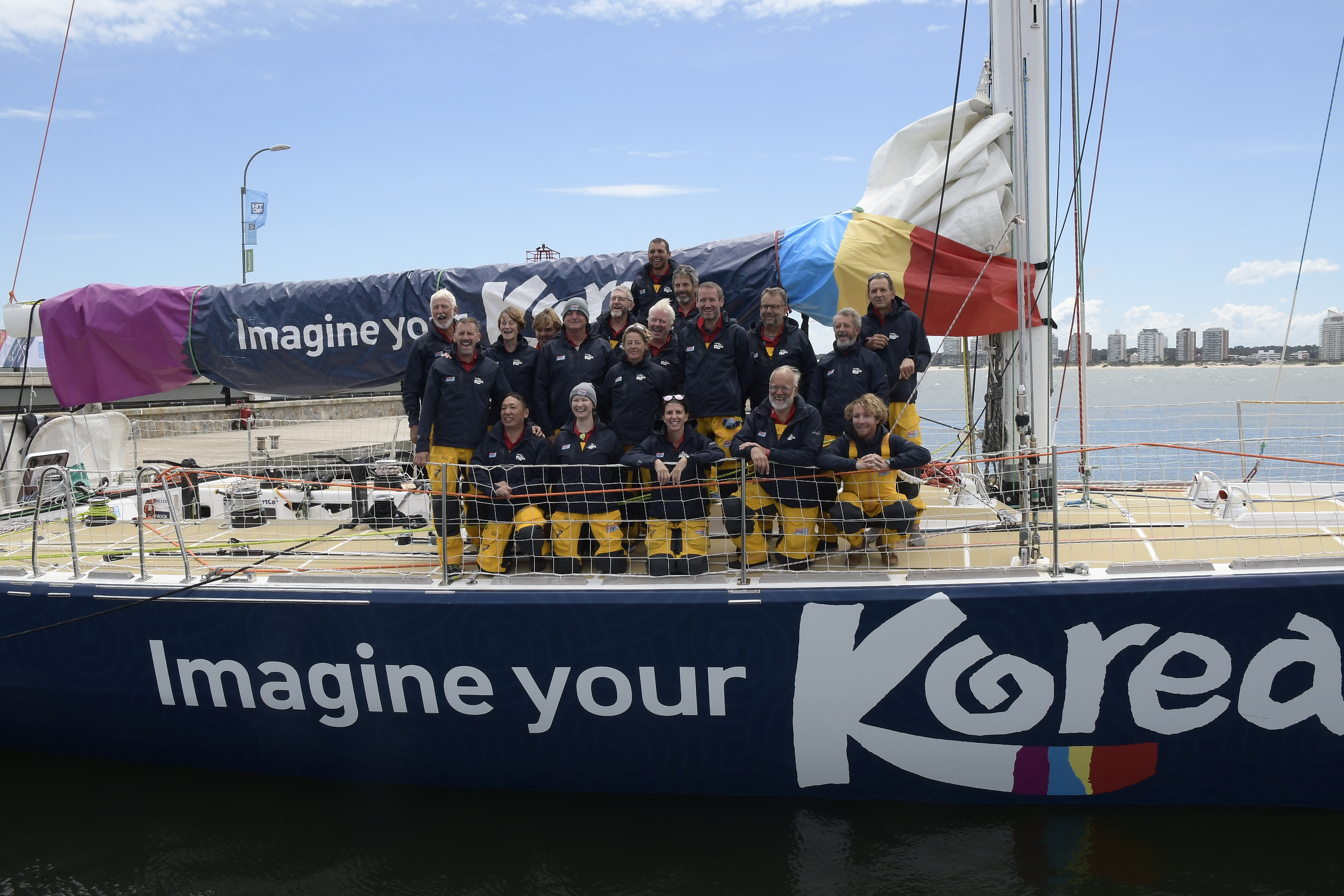 After the teams had left the vicinity of the port, cheering, singing and dancing to their dedicated team songs, the crowd relocated to watch the Parade of Sail. The spectacle didn’t disappoint; a vibrant show of colours ensued on a choppy sea, under a dazzling sun. The fleet were joined by navy vessels and multiple spectator boats. 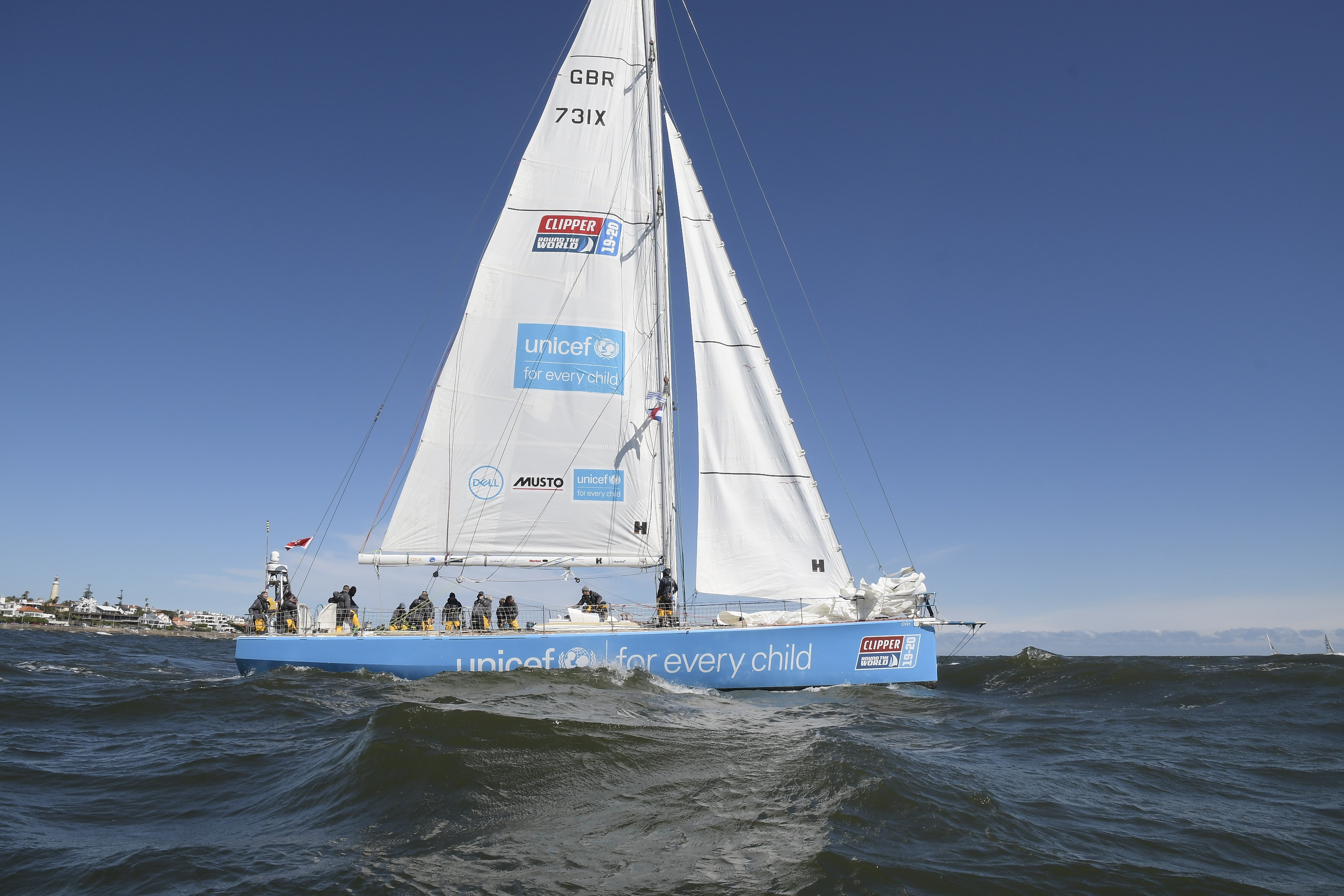 The race officially began at 1800 UTC and Unicef was the first across the start line, followed closely by Race 2 winners, Qingdao and then Zhuhai. Qingdao resumed a leading position, crossing the first mark ahead of the pack. The team continued in the lead for all five marks until they were out of sight, whilst Visit Sanya, China and Unicef were the second and third teams to finish the course. 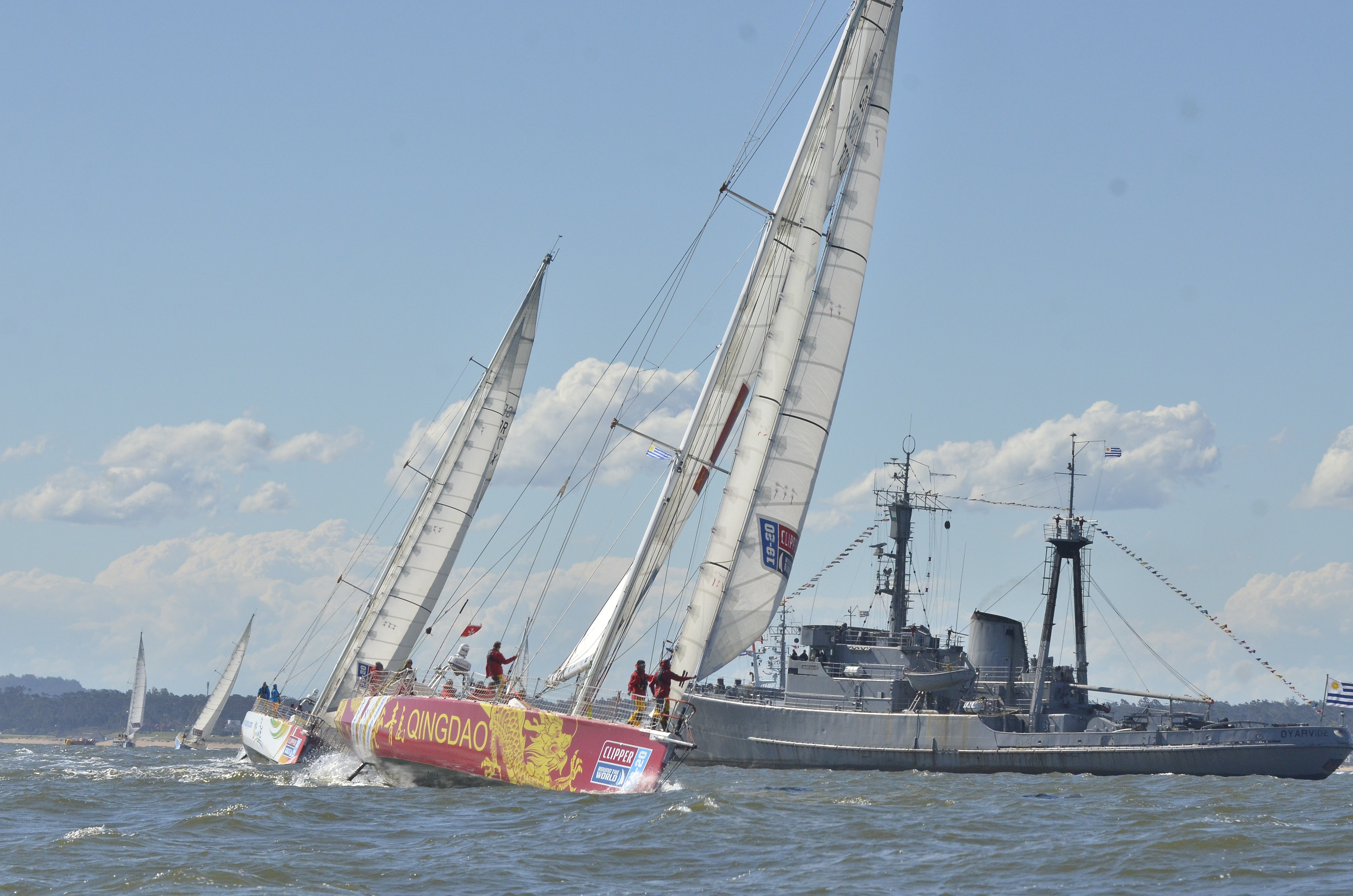 Race 3 of the Clipper 2019-20 Race, named the Spinlock South Atlantic Showdown, is now underway with Qingdao top of the leaderboard with 36 points followed by Punta del Este and Visit Sanya, China both with 23 points. The 3,555 nautical mile race is a fast, short race (approximately 17 days) and could see a very close finish as the fleet tackle trade winds, unpredictable weather and great swells before arriving into Cape Town with the incredible backdrop of Table Mountain.

The fleet is due to arrive in Cape Town between Thursday 7 and Monday 11 November. For more information on the destination visit here. https://www.clipperroundtheworld.com/race/port/cape-town-south-africa

After an incredible stopover in Punta del Este, crew are making their final preparations ahead of Race 3. The teams will depart Yacht Club Punta del Este today (Wednesday 23 October) bound for Cape Town, South Africa.Race 3 has been named the