As our international crew members take on the challenge of the world’s oceans, they are raising awareness and funds for children across the globe who are facing their own challenges of violence, hunger and disease.

During the fleet's transit in Panama, the Unicef team met with young people from the “Movimiento Nueva Generación” (MNG - New Generation Movement), a community-based organisation that works with children and adolescents to prevent violence, gangs and drug abuse in Panama. Since 2006, Unicef Panama has contributed to the institutional strengthening of the MNG programs, enabling the exchange of experiences with similar organizations in other countries in the region.

Skipper Martin Clough and his team showed the youths around the yacht and shared their motivation for taking part in the race. Among the group was Shanexi Zuñiga, a freshman student at a local maritime high school. Thrilled to meet the crew and get a taste of what being a round the world sailor is all about, she said: “I have never had such an experience and it has been amazing. I just started high school and now more than ever, I feel like I made the right choice to join the maritime school. I hope I get to navigate around the globe, just like the crew." 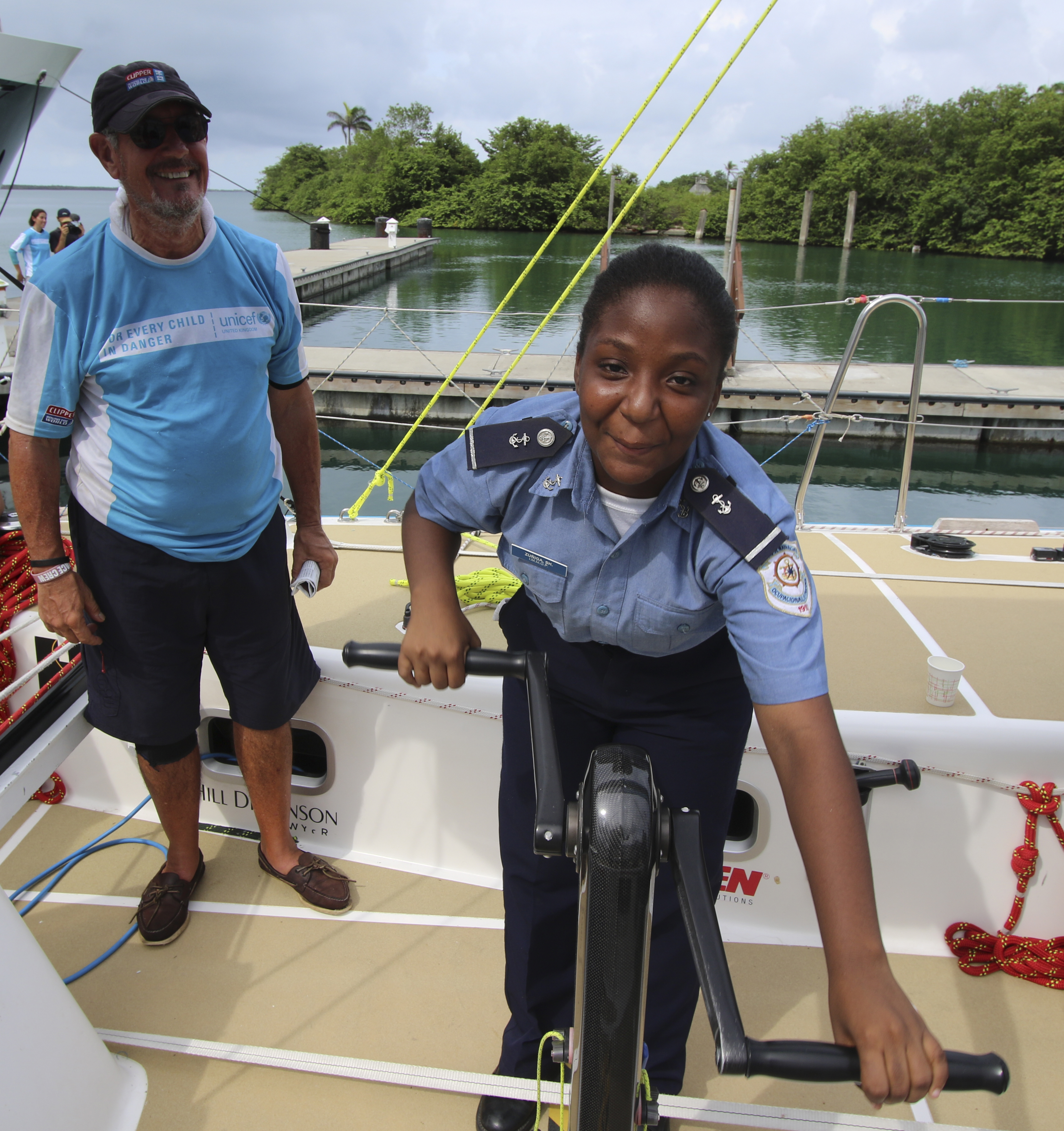 Eduardo Tenorio, Coordinator of Adolescents of MNG, explained that this experience is something that most kids, especially those who are part of the MNG programmes do not get to take part in very often. “This is a great opportunity for them to see that dedication, discipline, patience and had work really pays off,” said Tenorio. “Working with Unicef has given us the chance to show these kids that they are capable of building a better future for themselves, their families and the entire country.”

So far we have received 2265 donations making a total of £211,749 raised by crew members and supporters alike.

Showing her support for the charity and her fellow crew, Leg 7 PSP Logistics crew member and professional sports masseuse, Jane Ferriday offered massages with the proceeds going to Unicef. Following the gruelling race from China to Seattle, there was a lot of interest from crew and her services continue throughout the race.

PSP Logistics has been creative during its race adventure with some nautical upcycling, making paracord bracelets in all twelve team colours. Supporters have been able to purchase a Clipper Race designed band or a bespoke team band, as Leg 1 and 4 PSP Logistics crew member Eileen Harrison explains: “It was one of my sailing friend’s birthday and I bought him a black band that had a shackle inscribed with the words: "Sea the World". He often received compliments for it and that made me think that perhaps some of the crew may also like one.

“I spent days on YouTube trying to figure out how to weave the bands. I then sourced the cord and finally when I visited California on holiday, I purchased my first jig. From there I weaved and perfected the bands using the Solomon knot. It's great fun!

“The bands have gone down really well. They serve as a keepsake, a reminder of the race and ultimately it has a direct benefit to children in need,” Eileen added.

Working together with Official Race Charity Unicef, teams have all been set a fundraising target of £20,000 and crew members’ efforts to raise the funds have come in all shapes and sizes. Whilst in Seattle for the start of Leg 7 crew members met Emily Brouwer, the Regional Director of Unicef USA who celebrated the teams arrival into the US. She said: “It is critical that we have supporters like the crew and progress has been made, we have child mortality has been cut for children under five years-old by 53% since 1990, we have a long way to go, there are still 16,000 children that die every year from preventable causes and the only acceptable number is zero.”

Aiding this mission on board LMAX Exchange is round the world crew member Esha Mehta, a 23 year-old Biomedical Scientist, who is very aware of the important work Unicef is doing to protect children from danger, having some friends and family that were affected by the Nepal earthquake. Her team was the first to exceed its fundraising target, which continues to climb.

Meanwhile, some crew members on board Da Nang – Viet Nam have been celebrating their race experience by organising a leaving party before joining their team on board.

“My lot love a party, so what better way to include some fundraising for Unicef, whilst having the opportunity to say good bye to loads of people all at the same time?” says multiple legger Kirsty Mohun-Smith. 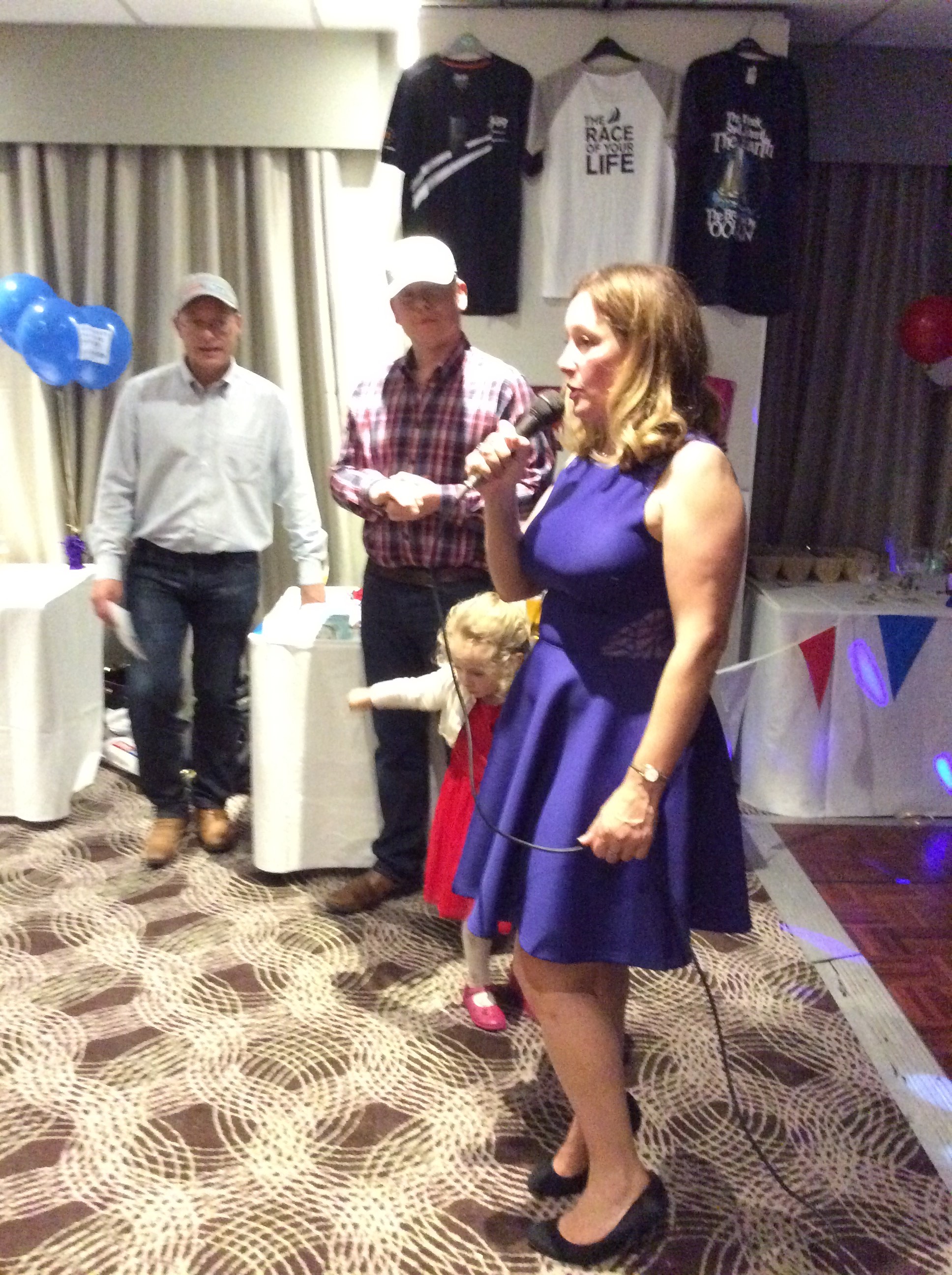 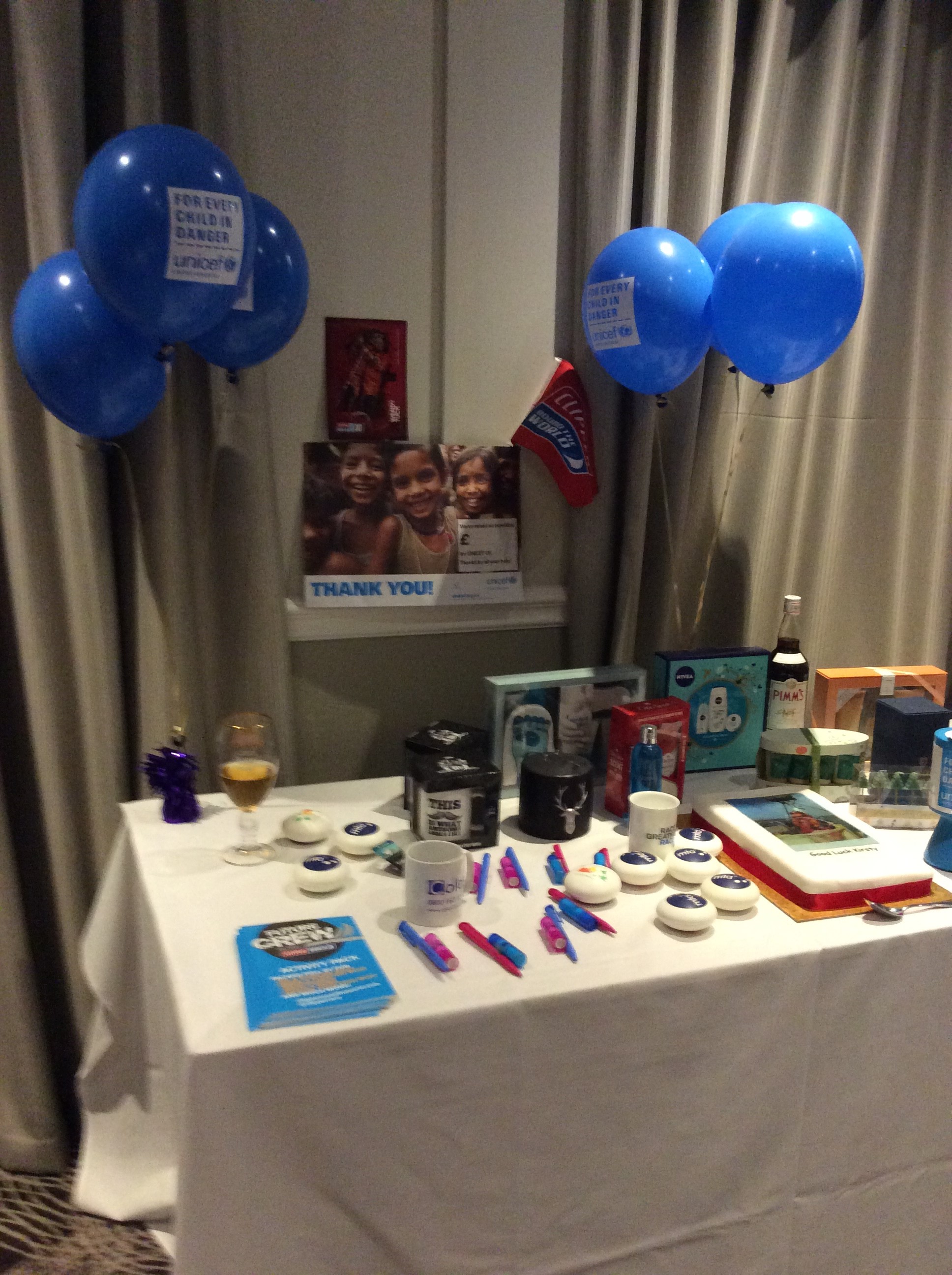 “The level of support and numerous messages I’ve received since signing up to the Clipper Race has been unbelievable. I was determined to raise as much money as I could for Unicef and during the party I did a short presentation which included a couple of films from the Unicef website. It was quite hard hitting and highlighted the need for support to help make a difference.”

This fundraising will make a big difference to children around the world, but together we can achieve more to shine the light on Unicef and reach our £300,000 target.

There are many opportunities to support team fundraising and all funds raised will contribute to each team’s JustGiving fundraising totals. You can donate by clicking here.

Unicef has created an inspiring video about its participation in the race and the amazing crew supporting its campaign through their race adventure. To view and share, click here.

Unicef in Central America: Protecting the rights of vulnerable children

Leg 6, the Seattle Pacific Challenge sees the fleet arriving to west coast USA, after almost a month at sea.But the Clipper Race fleet isn’t the only group heading to the USA. Each year, tens of thousands of unaccompanied children make the dangerous journey from…

Clipper Race CEO William Ward along with crew members who are raising money for Official Race Charity Unicef were invited to The DAVA Centre in the Hoa Vang District of Da Nang this week to see first-hand how Unicef supports children with disabilities in Vietnam.…

Unicef in the Philippines: ready when disaster strikes

Leg 5: The Asia-Pacific Challenge sees the fleet head back north, crossing the Equator for the second time in the…