Unicef’s decision to play its Joker Card for Race 12 to Derry-Londonderry has certainly proved to be a good one with the team due to shoot up the overall Leaderboard following its second place finish in Northern Ireland. And Garmin has secured the final podium position, coming in third place.

Unicef crossed the finish line at 04:32:50 UTC, just over four hours behind Visit Seattle, to complete the 3,000 nautical mile race across the North Atlantic in just over 13 days.

Instead of just collecting eleven points for second, the Joker means Unicef will add an impressive 22 points to its overall tally, plus three bonus points for being the first across the Scoring Gate. Whilst the Leaderboard won’t be finalised until the full fleet has completed Race 12, it means the eighth placed Unicef could be as high as fifth going into the thirteenth and final race to Liverpool.

Unicef Skipper Bob Beggs says: “This is a huge result for us. It was so close at the start of the race and we could see almost every team on AIS for the first week. Despite the cold and wet conditions, we never fell out of the top three and getting the Scoring Gate bonus points was just a huge boost.”

As this was the twentieth Atlantic crossing for Bob, the decision to deploy the Joker was an easy one, with the Skipper adding: “We played our Joker Card for this race as this is a stretch I have sailed regularly and I know the currents quite well. I also thought it would help the crew focus at the end of what has been a long circumnavigation and it did. I’m really proud of their efforts – amazing job by all on board.” 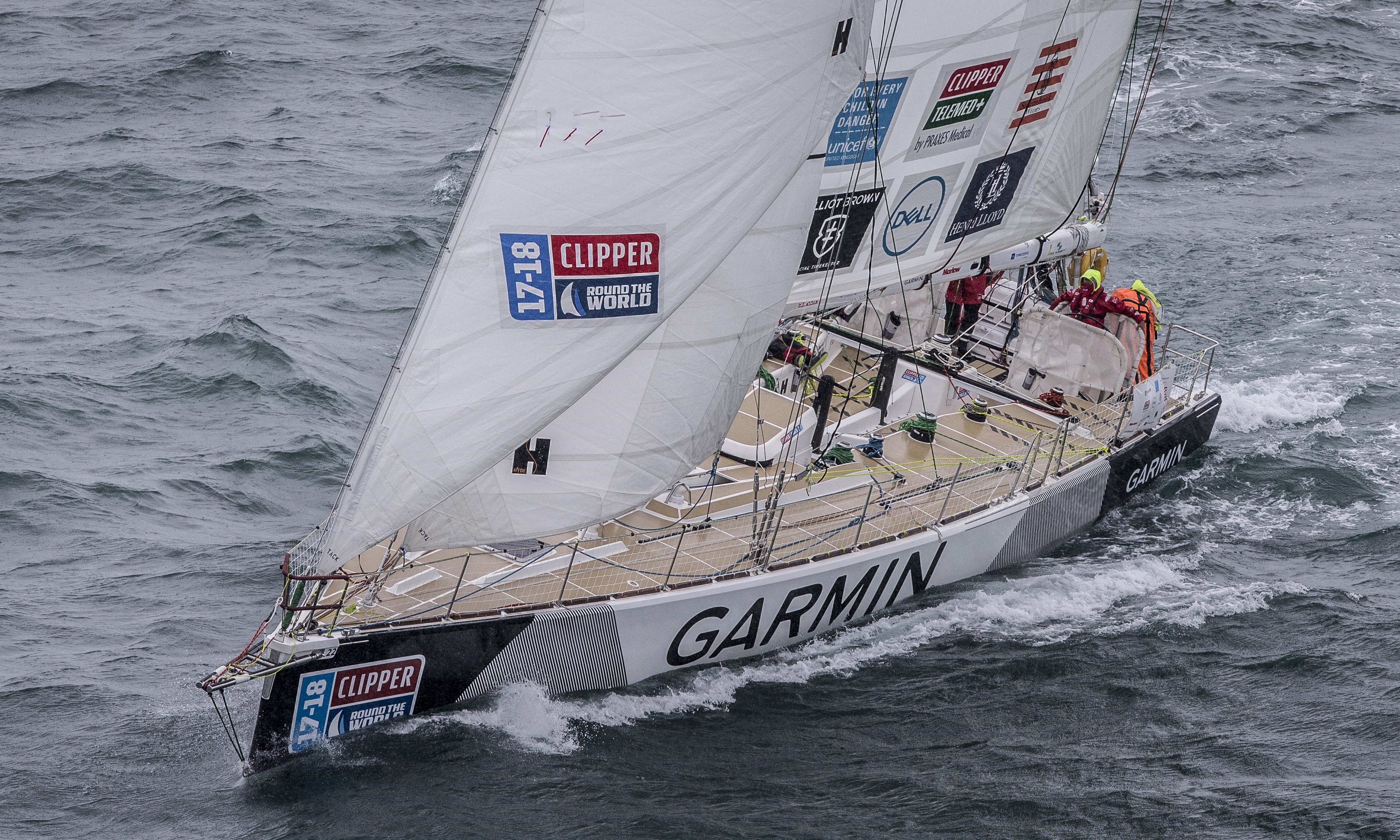 Meanwhile, Garmin is also keeping the pressure on the teams at the top of the overall standings after taking third place. Garmin crossed the finish line at 05:13 UTC, just 45 minutes behind Unicef to secure what is the team’s third podium of the Clipper 2017-18 Race.

Skipper Gaetan Thomas comments: “What a great result! My pirates worked so hard and I am so proud of them. We knew the Atlantic was going to be tough but to be in the top three for most of the race is really something to be proud of.”

Garmin spent much of the early stages of Race 12 less than 10 nautical miles astern of Unicef, HotelPlanner.com, Dare To Lead, and Sanya Serenity Coast, and could physically see Visit Seattle when it went for the Scoring Gate on Day 7. The decision to go for the Scoring Gate paid dividends with Garmin collecting one bonus point, which will help the currently fourth ranked team stay towards the top of the standings. In addition to this they were the second fastest team in the Elliot Brown Ocean Sprint - boosting their points total for Race 12 by a further two.

Unicef and Garmin are expected to arrive in Derry-Londonderry from 1230 local time. Any changes or updates to the time will be made on the Clipper Race website here, and weather depending, the arrival will be broadcast on the Clipper Race Facebook Live Page.

You can also follow the progress of the rest of the fleet to Derry-Londonderry on the Race Viewer.

With just over 100 nautical miles remaining for the leaders, Race 12: The Legenderry Finale is playing out for the podium and certainly living up to its name as a tense battle, which could finish today.Visit Seattle, leading the fleet for the third consecutive day,…