Behind The Scenes: Sophie O’Neill

“I never quite appreciated how competitive the Clipper Race is.” says Sophie O’Neill, a professional Skipper from Cowes, Isle of Wight, UK, who joined the Qingdao team during the Clipper 2017-18 Race as the Additionally Qualified Person.

With recruitment underway for the Clipper 2019-20 Race Additionally Qualified Persons (Mates), we catch up with Sophie who began sailing at the age of twelve. Over the last 18 years she has forged a successful career as a professional skipper, racing, dinghy and RYA Yachtmaster Instructor. 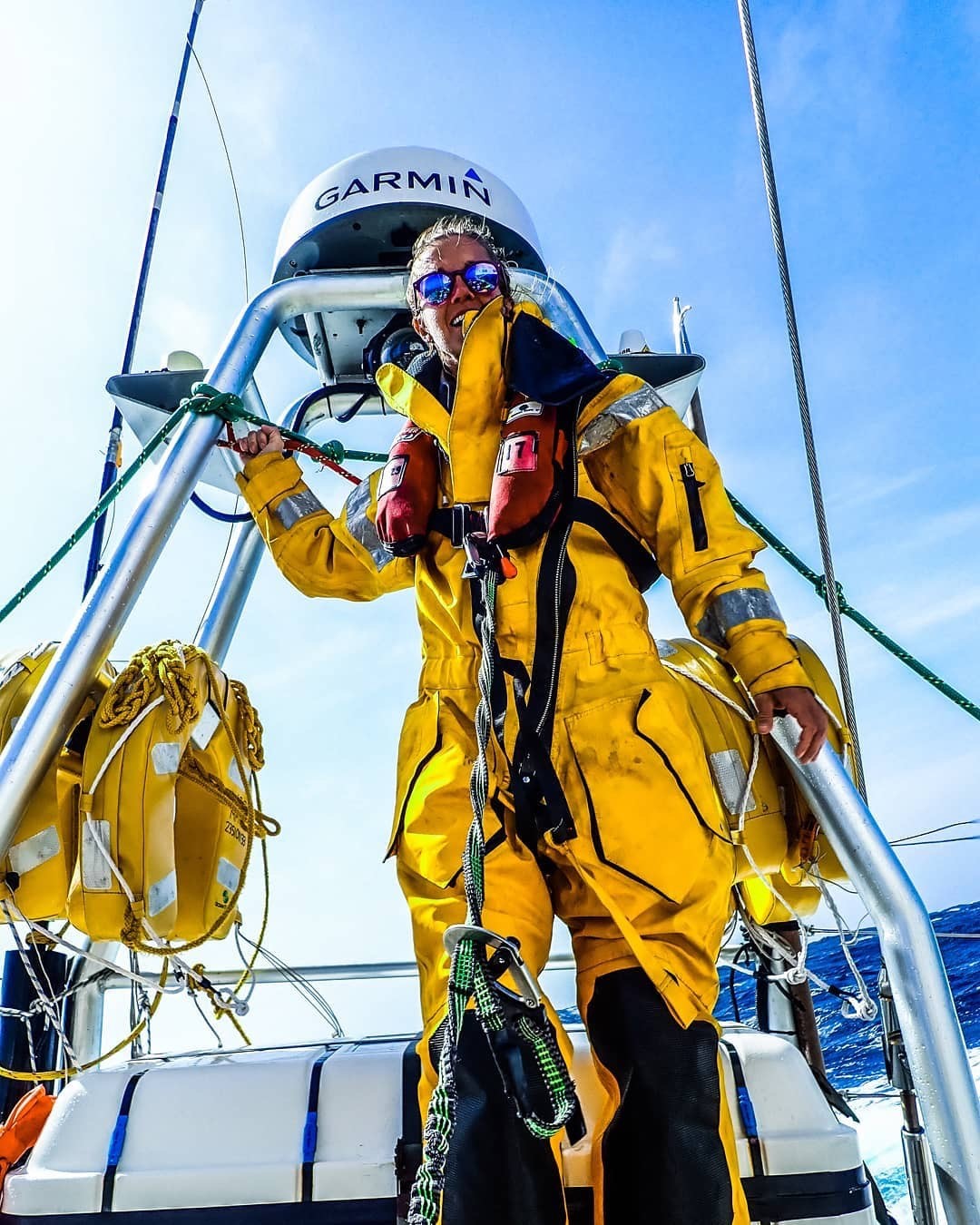 Image: Sophie on board the Qingdao team yacht

Telling us about her time as an Additionally Qualified Person (Mate) for Clipper Round the World Yacht Race, Sophie says: “I’m very driven to compete in racing so it was great to see that that is exactly what the Clipper Race encourages 24/7 over 11 months. It kept me on my toes trying to help the Qingdao team race into podium finishes.”

Sophie was introduced to sailing by her father and has gone on to skipper an all-female team in two Fastnet races and four RORC 600’s. She joined the Qingdao Clipper Race team in its home port after her friend and Skipper of the Visit Seattle team Nikki Henderson told her about the role. Joining just before the Mighty Pacific Leg 6, Sophie caught the bug and stayed on board as the AQP for the remainder of the circumnavigation.

On the appeal of the job, Sophie explains: “Racing across the Pacific Ocean was the reason for signing up! And racing on the Clipper 70’s definitely made my eyes gleam.” 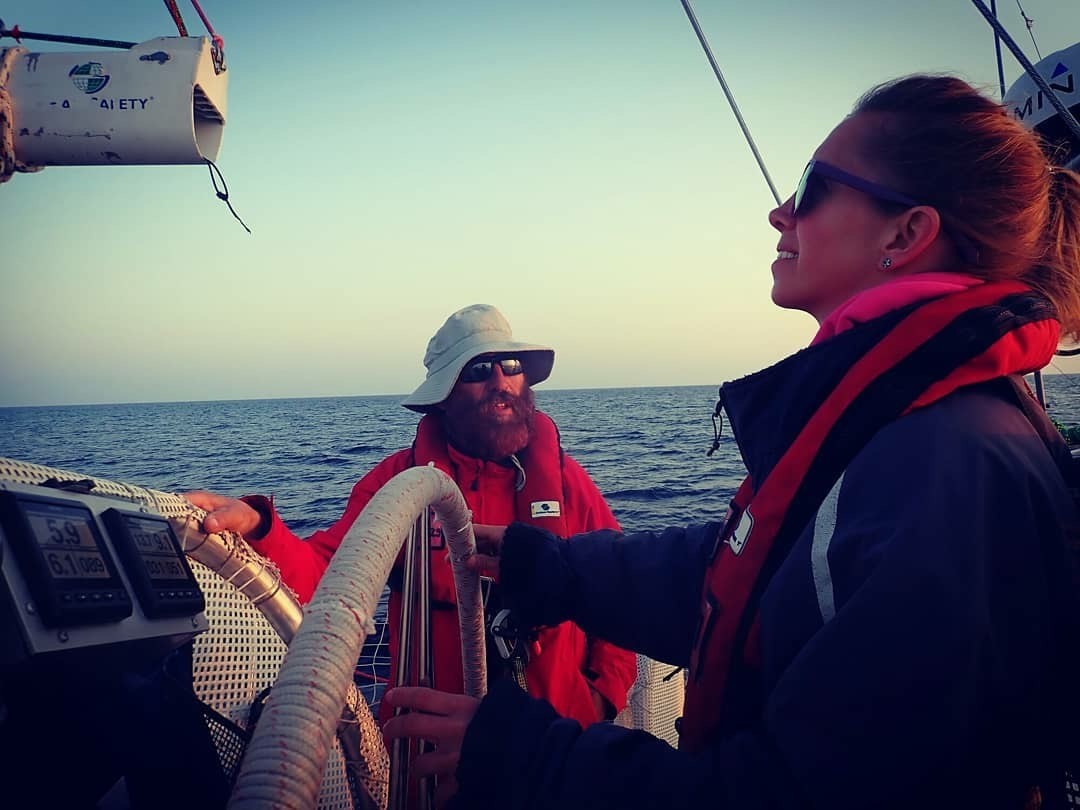 Image: Sophie at the helm during the Clipper 2017-18 Race

The job required Sophie to hit the ground running and she was determined to ensure her Skipper had immediate confidence in her so that he could get as much rest and support as possible. The team faced some of the most challenging conditions of the circumnavigation during Leg 6, including phenomenal sea states with waves over 14m high and hurricane strength winds. Sophie says: “The North Pacific Ocean was the best part for me! The wild conditions it presented to us were incredible. The teamwork aspect was very rewarding, watching all the smiles onboard as we roared across the mountains of waves!”

But it was the competitive spirit that Sophie particularly enjoyed: “I don’t think I would have stayed on after Leg 6 if I thought the next two legs were going to be a cruise! Despite a disappointing result in Leg 7 from Seattle to Panama, the attitude to race onboard was still high which I loved.” 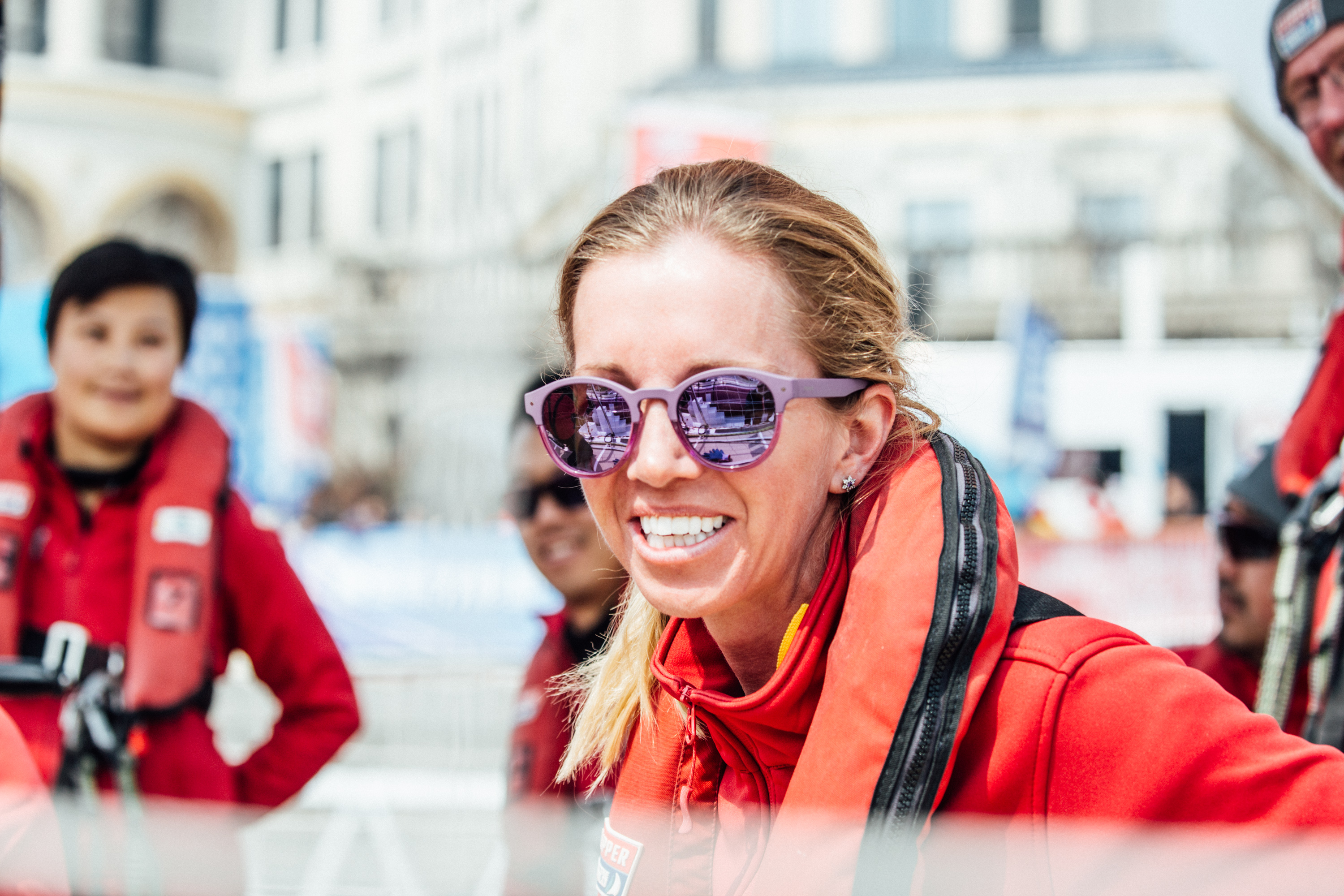 Image: Sophie and her Qingdao teammates

After finishing in third place overall with the Qingdao team, Sophie has spent some time out of the water, enjoying climbing in Wales with her sisters and spending quality time with her dog. Still a familiar face at the Clipper Race, when she is not teaching at a RYA school or scheming up plans for the next Fastnet Race, you can find her teaching Level 1 and Level 2 training to future Clipper Race crew.

Speaking about these courses, Sophie adds: “I’m enjoying it and I have to say, seeing the new Clipper Race Crew come through is extremely exciting as I know they are going to have the adventures of their lives!”

Think you have what it takes to come on board and race around the world as a Clipper Race Additionally Qualified Person? Applications are now being accepted for the roles on board for the 2019-20 edition which will start in August 2019. For further information, essential qualifications required and how to apply, head over to the Additionally Qualified Person job page on our website.

BEHIND THE SCENES: CLIPPERTELEMED+ BY PRAXES

Whilst we reported daily on the latest action from the Clipper 2017-18 Race, there were a number of teams working…

The Clipper 2017-18 Race may be over but there’s no rest for the ever-busy Maintenance Team which has entered into one of its busiest periods.Over the next nine months, each of the Clipper 70s will be subject to a rigorous refit in order to have…

It takes a lot to fuel a Clipper Race team during an eleven month, 40,000 nautical mile race around the world. Crew members burn around 5,000 calories a day, whilst the fleet will go through an estimated 561,600 tea bags by the time the boats…