For the crew competing in the Clipper Round the World Yacht Race, the transit through the Panama Canal is a sure highlight on the circumnavigation. Over the past few days the Clipper Race fleet has been making its journey through one of the biggest man-made wonders of the world, transiting from the Pacific Ocean to the Atlantic ocean, for the start of Race 12. 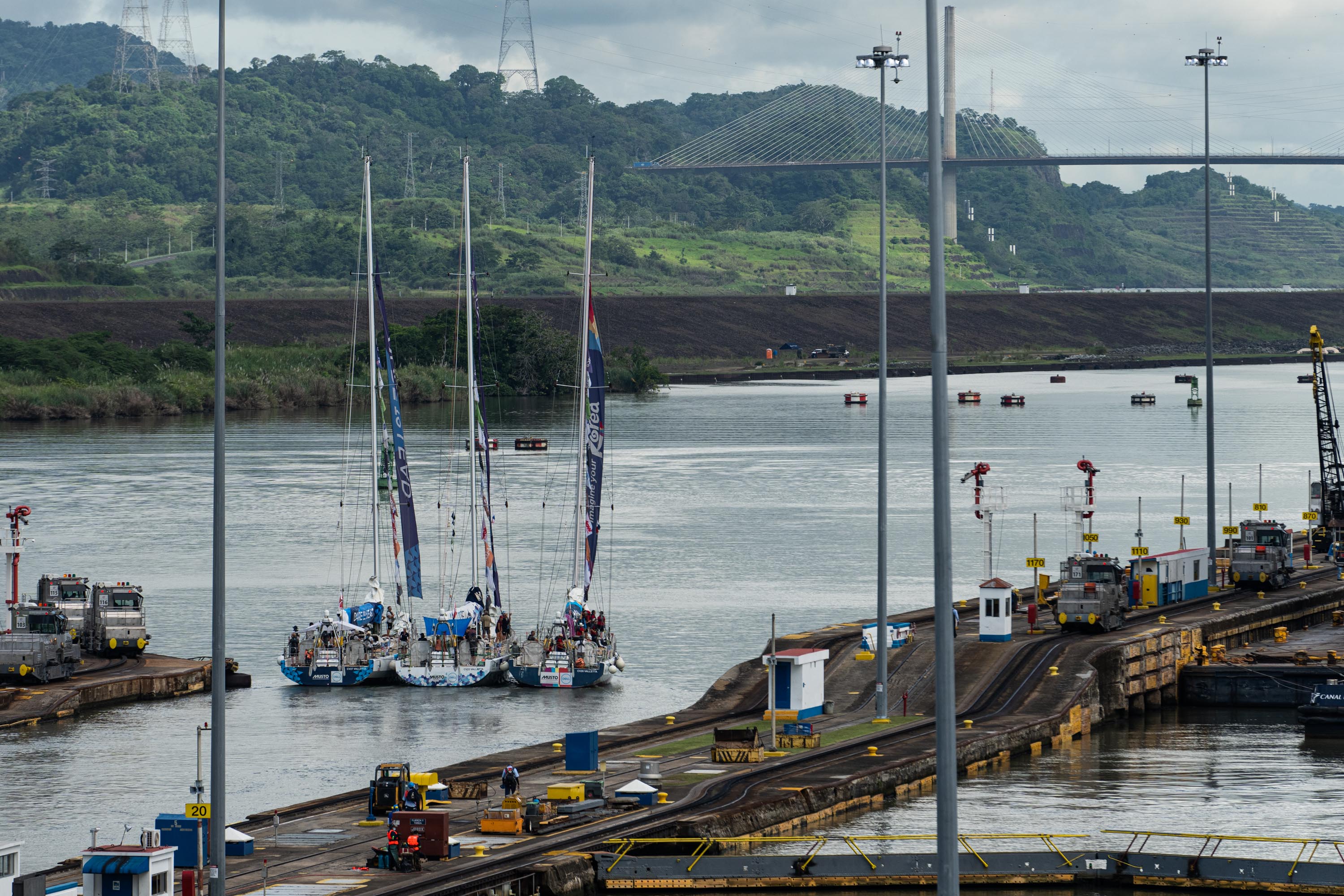 Image: Dare To Lead, Seattle and Imagine your Korea

The Panama Canal is one of the world’s most incredible feats of engineering, and an essential waterway for trade. It is a 50 mile artificial waterway connecting the Pacific and Atlantic Oceans. The canal transit features on Leg 7: the USA Coast to Coast Leg and takes eight to ten hours to complete. The Clipper 70s raft up in small groups to traverse the canal, motoring alongside huge cruise ships and cargo vessels as they make the journey from one ocean to another. While moving through the canal, the system of locks raises each vessel 85 feet above sea level with specially-trained pilots taking control of each vessel to help it safely navigate through the canal. 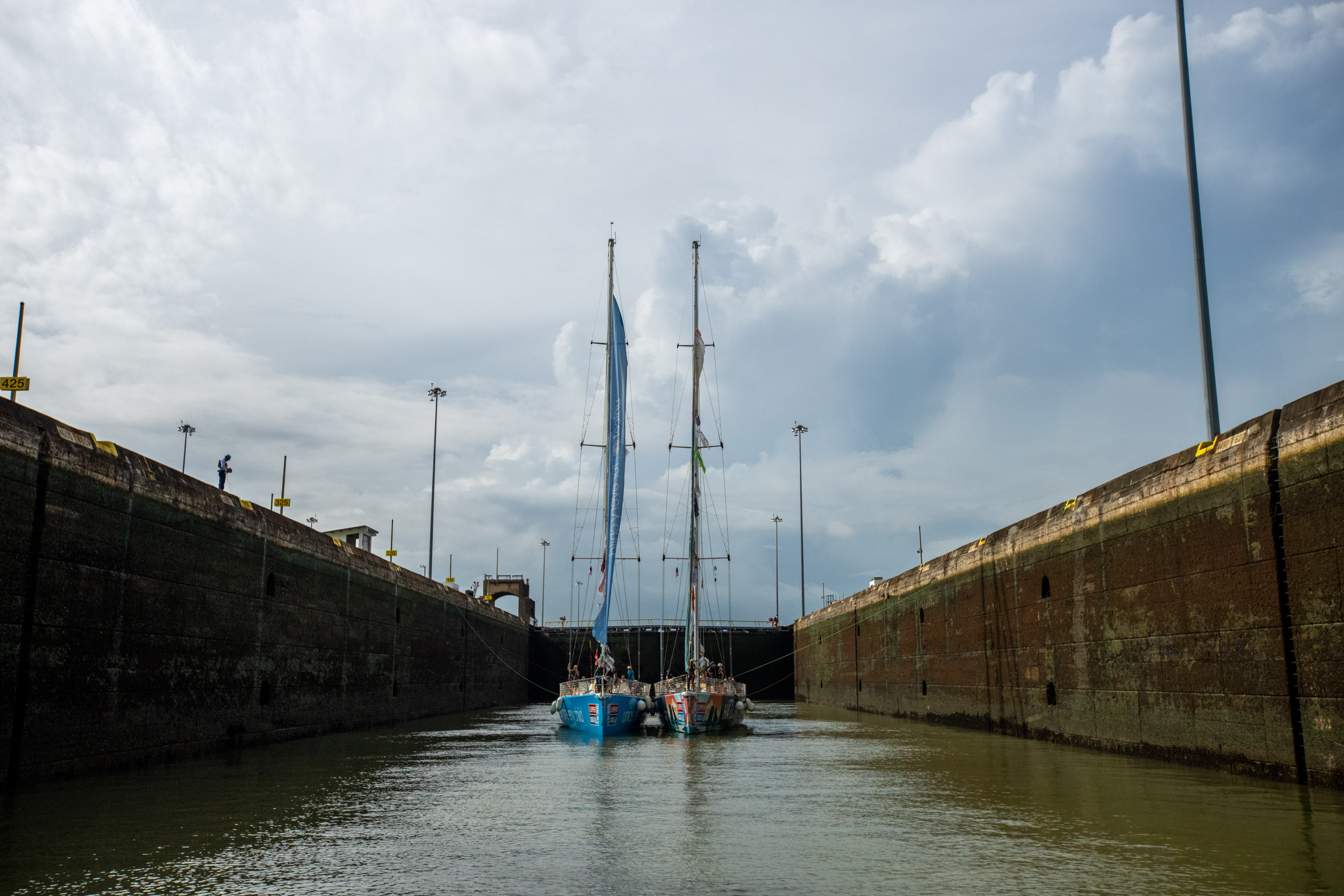 Patrick van der Zijden, Skipper of Zhuhai, who also transited the canal on the 2013-14 edition of the Clipper Race said ahead of his team’s transit: “Transiting the Panama Canal really is an amazing event. Travelling through the canal with huge ships and cruise liners for a day in the big locks designed for this is an amazing experience and a real tick in the box.”

Due to the logistical demands of transiting the canal, the Clipper Race fleet is booked in advance, and the dates are fixed in the schedule of the race. On Tuesday 31 May, the first group of yachts (WTC Logistics, Ha Long Bay Viet Nam, Punta del Este, Go To Bermuda and Unicef) slipped lines from Flamenco Island Marina at dawn and began the day-long transit. 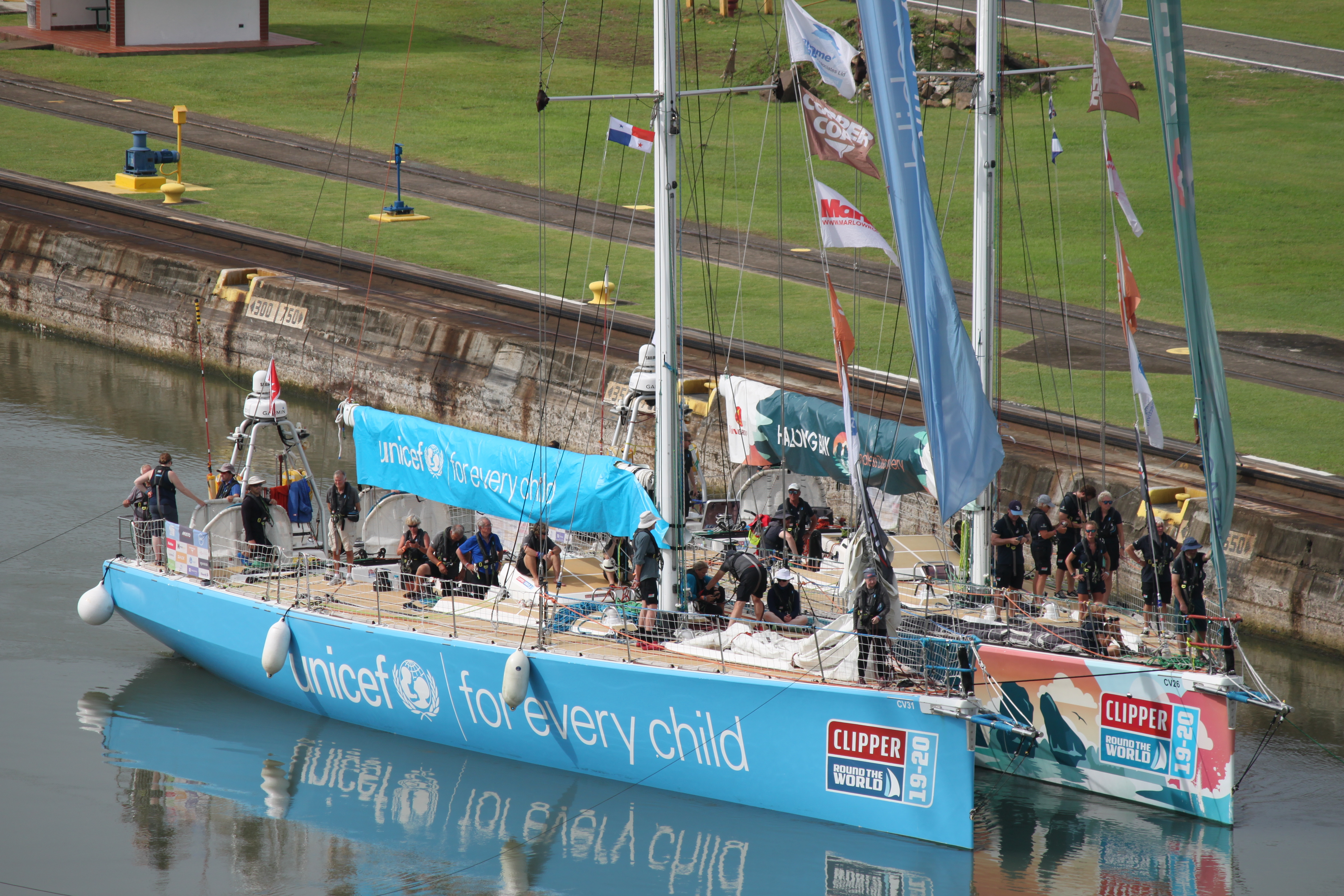 Dan Jones, Skipper on WTC Logistics reported from the Miraflores Locks: “We’re rafted three boats apiece, with Punta del Este and Go To Bermuda alongside us, and Ha Long Bay, Viet Nam and Unicef following. It’s really exciting! All of the crew are super excited- there’s going to be a lot of photos of our crossing for sure.”

Candela Guo, Round the World Race Crew on GoToBermuda commented on the transit from on board her team yacht: “So far, we’ve seen so much nature, it’s beautiful! I find it really unbelievable and amazing how humans and modern technology were able to create the Panama Canal. It’s definitely weird being on the boat as a passenger, and not doing any sail changes! But it’s nice to relax and take it in.” 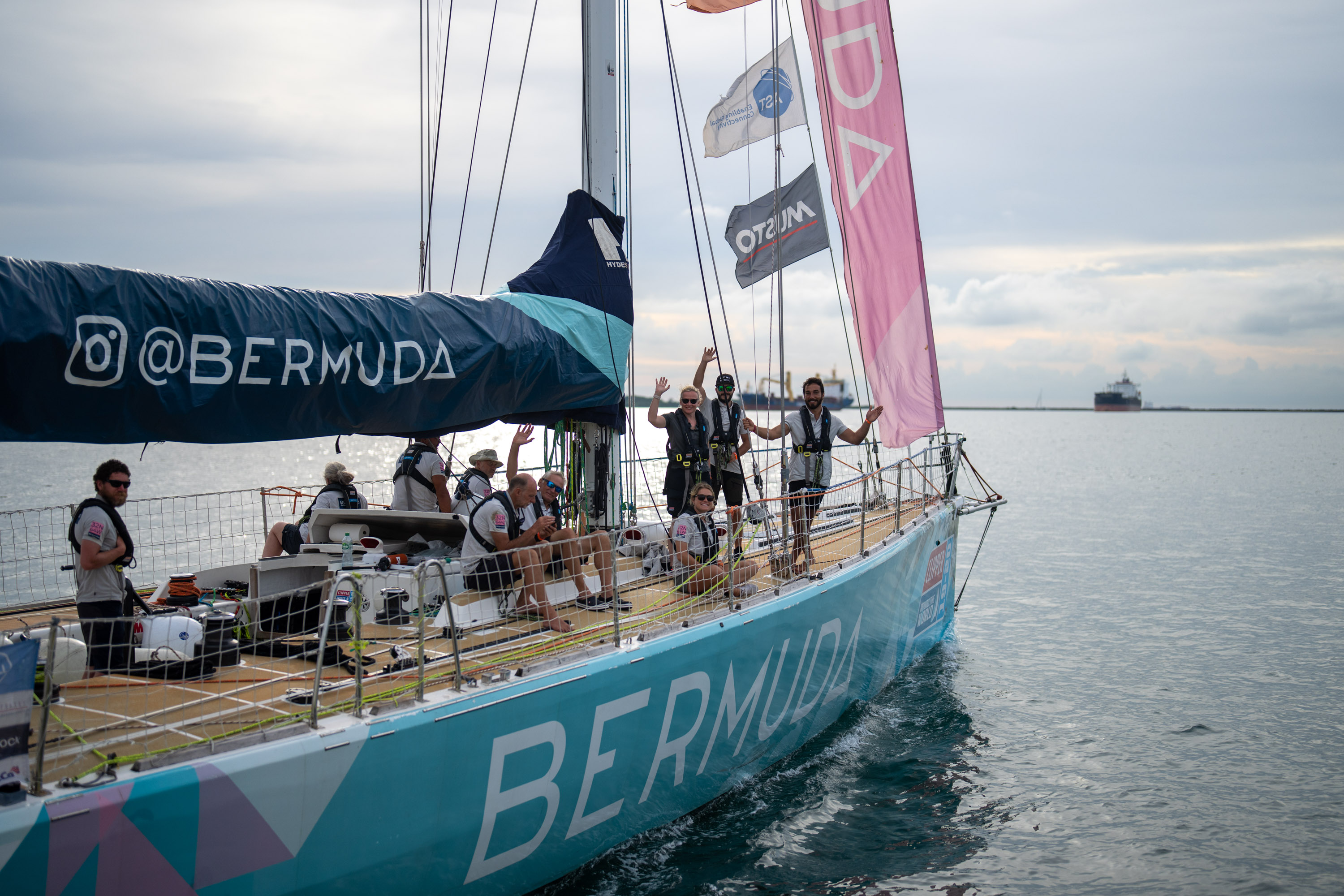 Image: The crew on GoToBermuda

Fellow crewmate and Round the Worlder Heather Broadbent added: “This is one of the highlights of this trip. It really was spectacular- the scale of it, the size of the ships was absolutely phenomenal. The pilots helping us to navigate the canal were so professional, they led us through each lock seamlessly. For me, the canal represents being one step closer to home. We’ve left the Pacific behind, which was a huge crossing, and now that we’re on the Atlantic side ready to start the next race, it's a step closer to being with my family and friends back at home.” 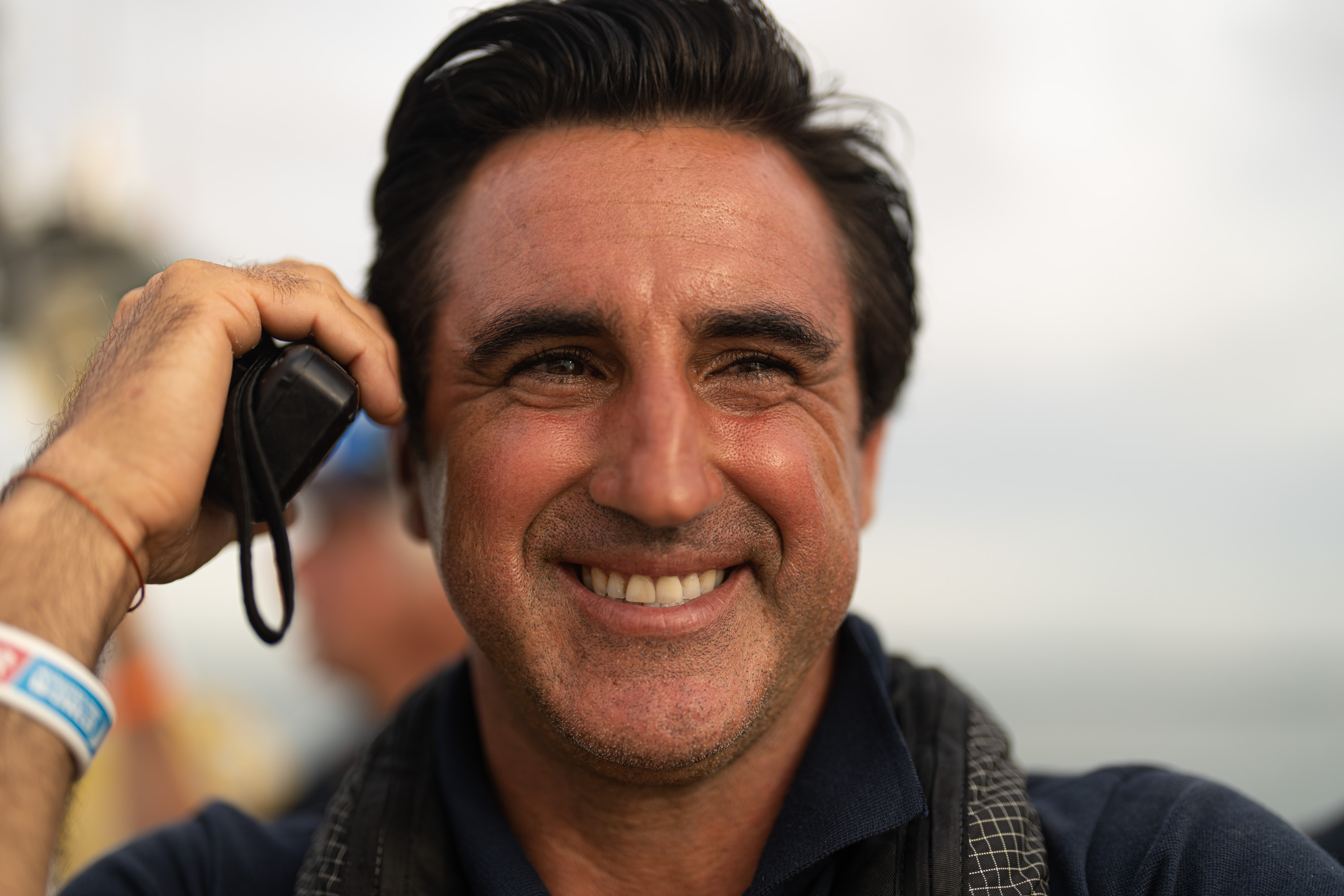 Whilst waiting to pass through the locks, Jeronimo Santos Gonzales, Skipper of Punta del Este said: “It was very exciting, there was a lot of water coming through, which rises up to the top of the lock so that we can pass through. There were pelicans playing next to the boat and a huge ship next to us, it was amazing, really quite something! We also had a great female pilot working here helping us navigate the boats through each lock.” 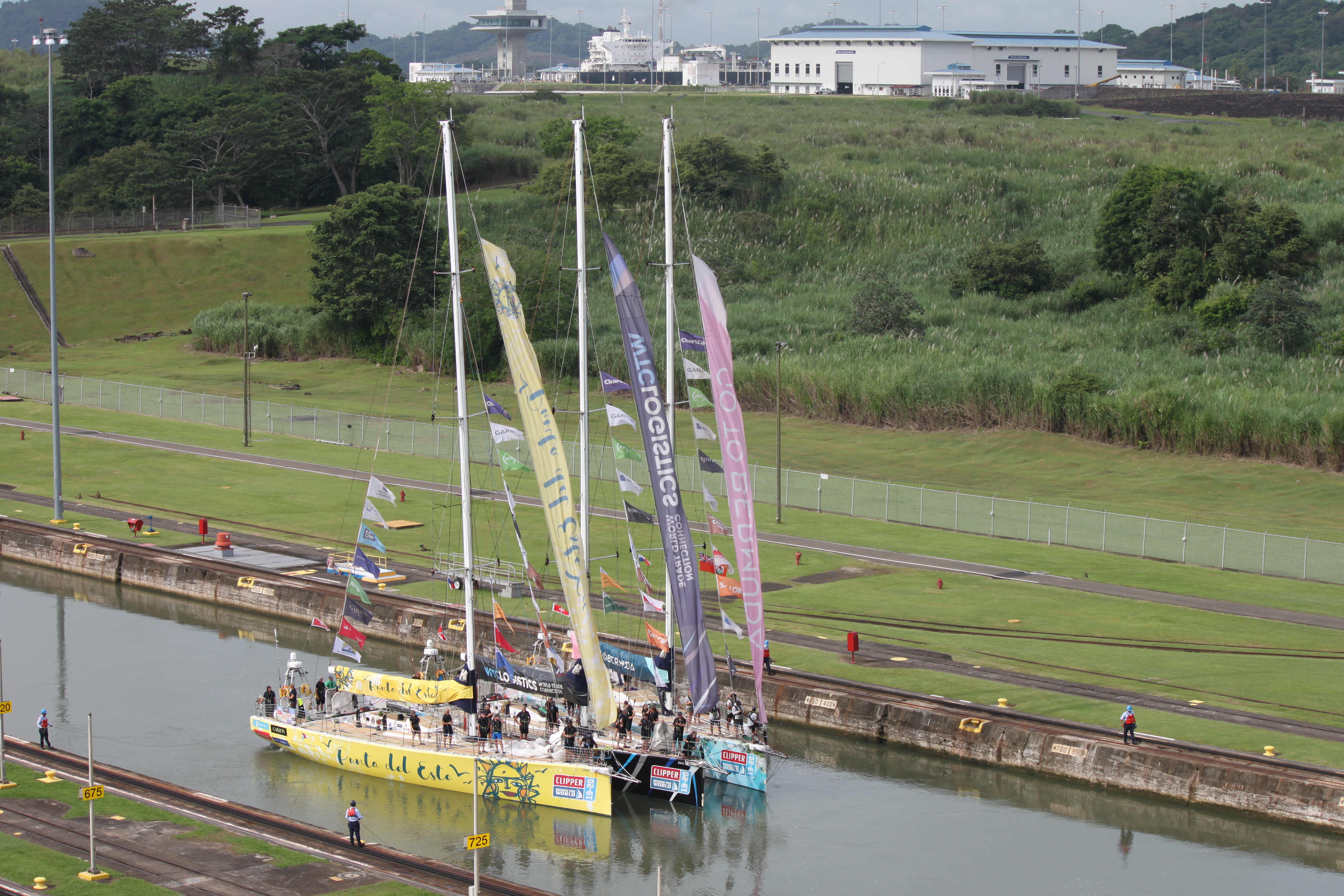 Clipper 2015-16 Race Crew Jilly St John, who now works for the Clipper Race in Crew Recruitment, recounts her experience transiting the canal during her race: “I think passing through the Panama Canal is really quite something. I got to hang out at the top of the mast when passing the gallery, waving at all of the visitors which was very hot but also very cool!

“There was quite a lot of wildlife moving through, crocodiles being the most common and talked about. Getting to raft through with Telemed and Unicef was wonderful, travelling with new blood with new stories, sharing the experience across the stanchions. Being in the same lock with a huge tanker dwarfing what you had previously considered your relatively tall mast and moving through the locks, you could gain a perspective of lowering into a new ocean…as written thousands of times before, it really is a feat of engineering.”

The second group of five yachts (Imagine your Korea, Seattle, Zhuhai, Visit Sanya, China and Dare To Lead) began their journey through the Panama Canal early in the morning on Wednesday 1 June, and have joined the rest of the fleet in Shelter Bay Marina. 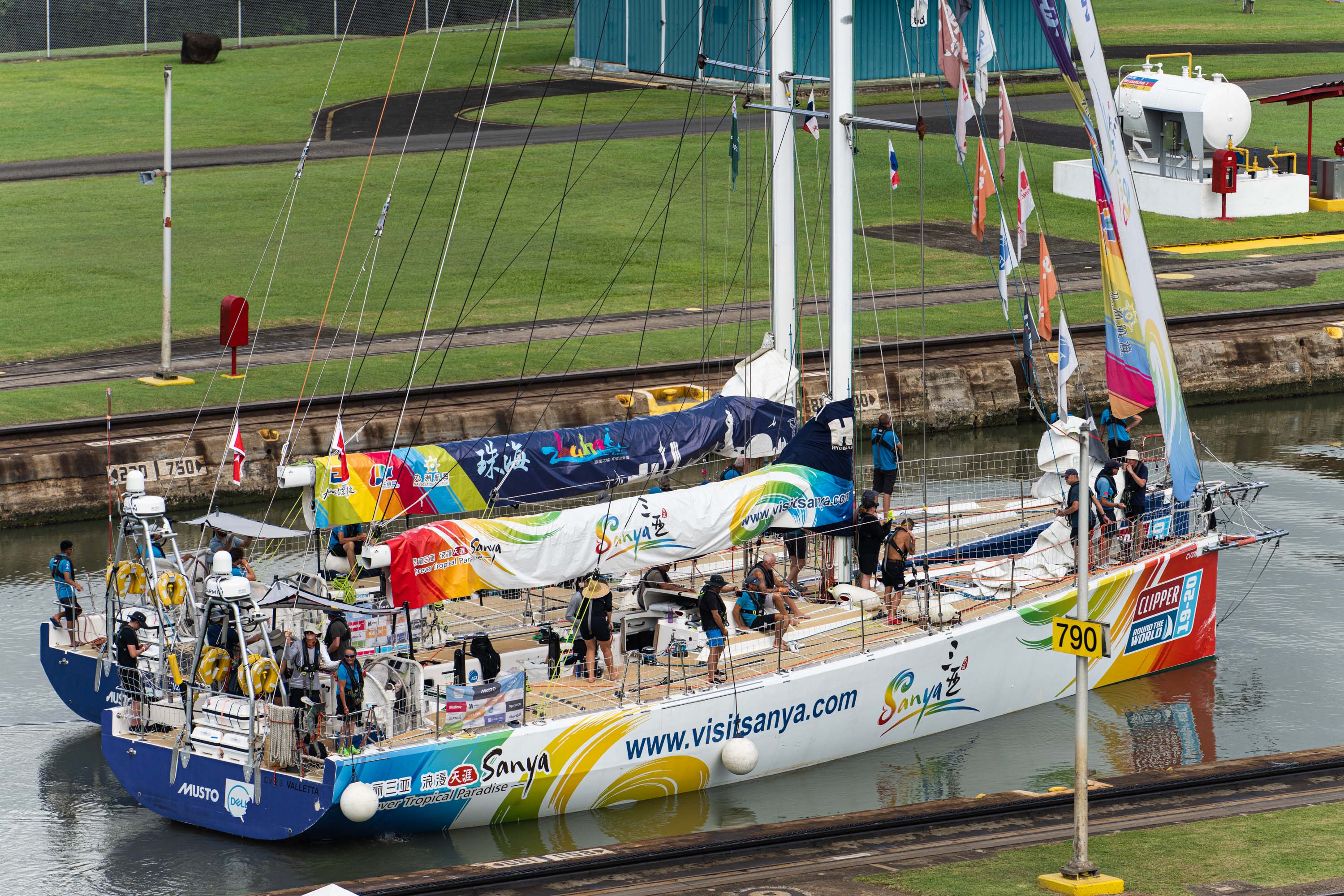 Qingdao, having arrived in Panama in the early hours of 1 June (local time) is due to complete the transit on Thursday 2 June, joining the fleet in Shelter Bay Marina on the Atlantic side of Panama.

Race 12 will get underway by way of a Le Mans start on Saturday 4 June, with all eleven yachts lining up in the Panama Approaches ready for race start. The Le Mans Start lead Skipper will be Ian Wiggin on Unicef, who will take charge of the rendezvous and officially begin the race.

Is it on your bucket list to experience the wonder of the Panama Canal? Applications for the 2023-24 Race and 2025-26 Race are now open. Visit the link to learn more.