Following its successful partnership in the Clipper 2015-16 Race, South African wine brand Stormhoek will celebrate a New Year of adventure as Official Wine Partner for the 2017-18 edition.

Based in the famous Western Cape wine region, Stormhoek will continue to supply the races intrepid crew and supporters with a variety of the eighteen wines in its range at race arrival celebrations and official events around the world during the eleven-month, 40,000 nautical-mile challenge.

Stormhoek Wines, from the “Cape of Storms”, has braved the elements just like Clipper Race crew members, and celebrates the friendships that are made, whenever life is lived.

“We learnt so much and had such a great time during the 2015-16 race edition that we simply had to get involved with the Clipper Race again. As we saw in the last race, and every race before that, it takes guts and persistence to sail across an ocean, and we’re very much looking forward to celebrating with the Clipper Race crews, especially as they sail across the Atlantic, through the “Cape of Storms”, to discover the beauty of our homeland in South Africa,” Bernard adds. 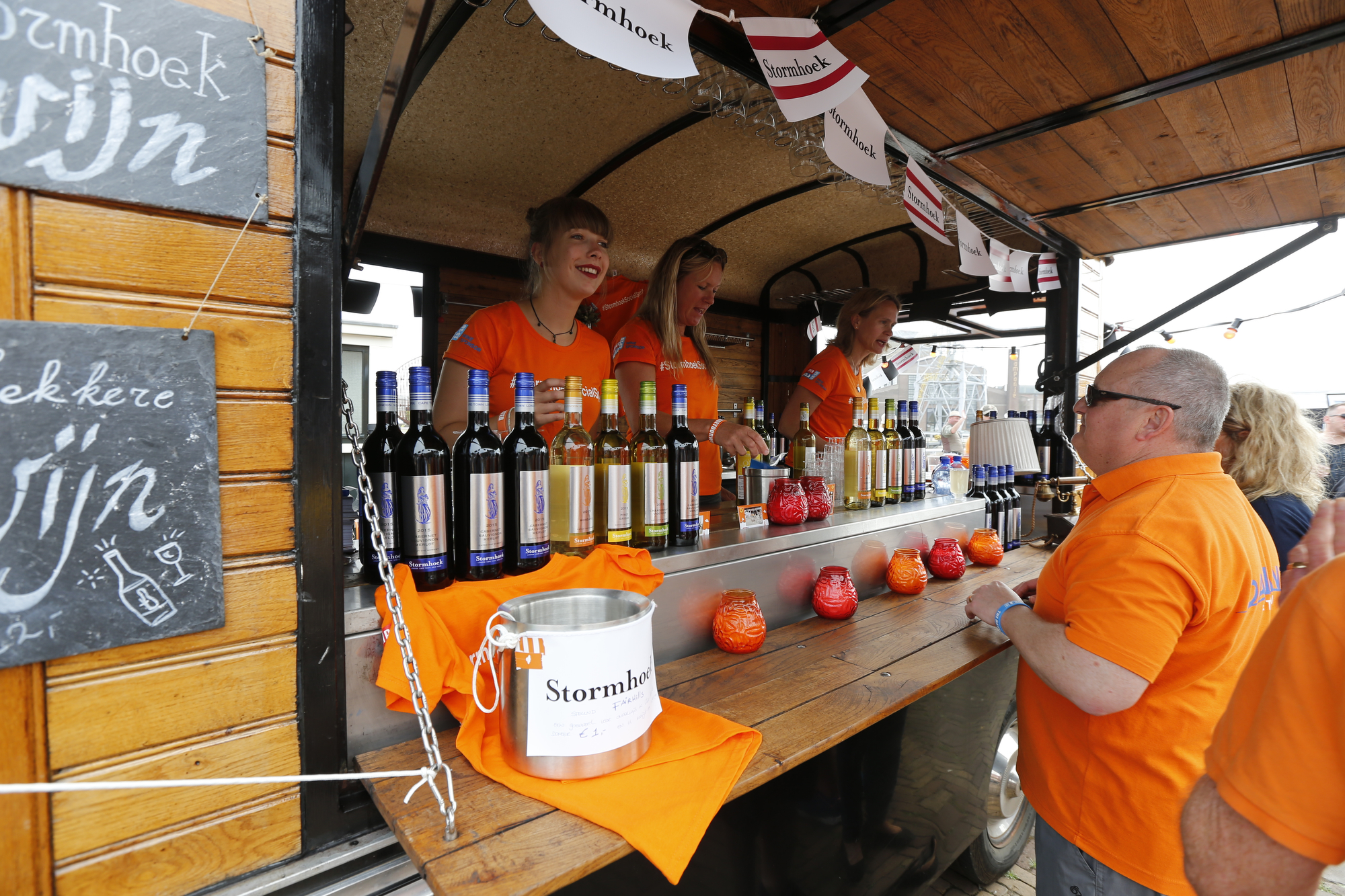 Stormhoek serving crew and supporters at a Clipper Race stopover

During its debut as Official Wine Partner in the tenth edition race, Stormhoek engaged with crew and supporters and the Stormhoek Social Spirit Award was introduced. The award celebrated the individual team spirit on board and allowed all-important support networks ashore to directly contribute to the experience by nominating teams for the award throughout the race on the Stormhoek Wines Facebook page, which saw a 74 per cent increase in Stormhoek’s social media interactions.

“It means such a huge amount to so many people; to the friends and family of our Skipper and crew who are tracking Garmin and our progress hourly on the Clipper Race Viewer, as well as building friendships with other supporters through the teamsocial media pages (including supporting each other through Race Viewer addiction!), and to the Garmin crew who have either done their leg and returned home already or those of us that are still (not so patiently!) waiting to start their leg.” 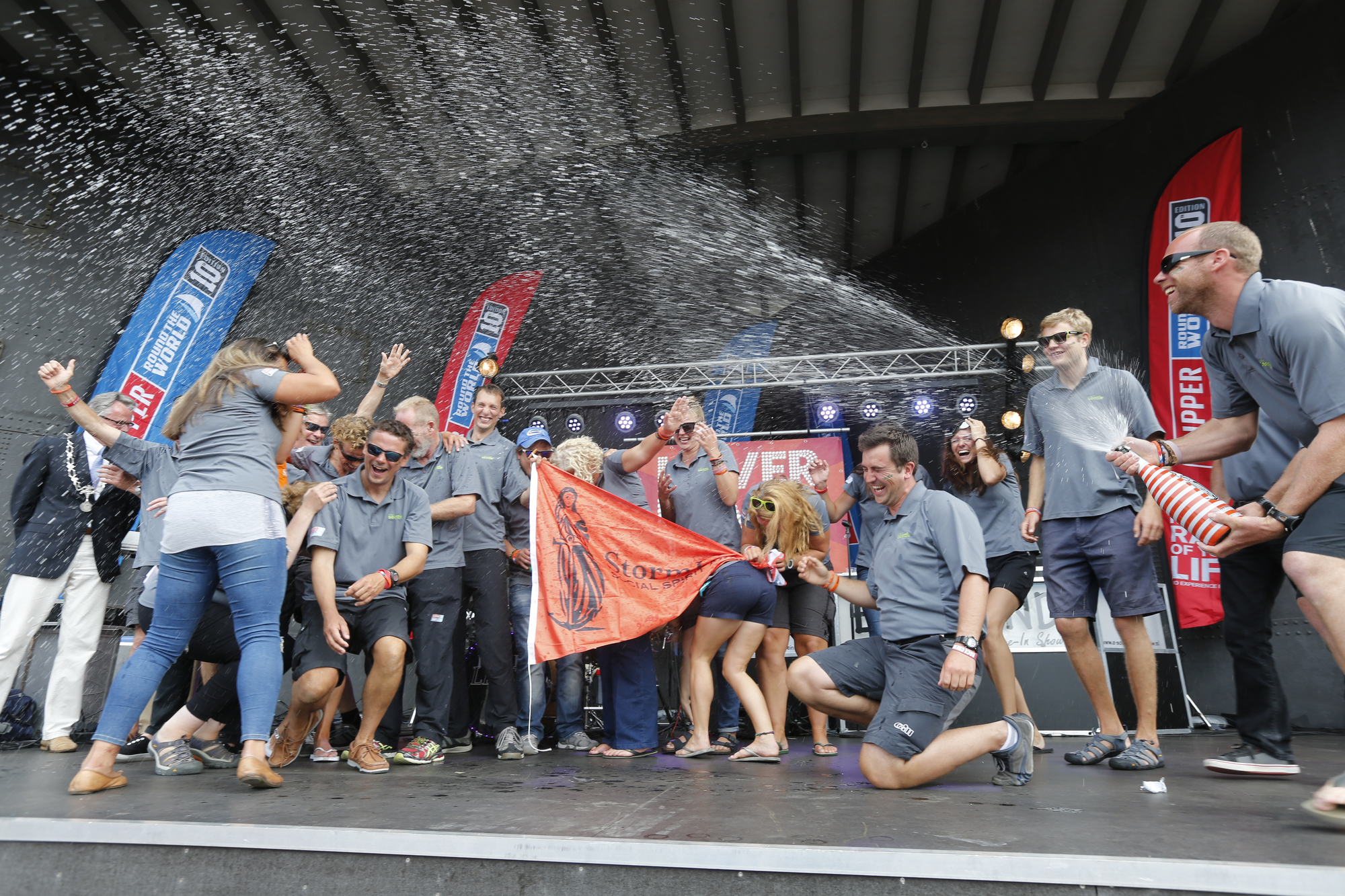 There is no doubt that Stormhoek Wines jump out at you when on the wine shelf, with fun and inspiring designs, you can’t help but notice their bright designs. As Wine Partner, no fewer than 3,604,356 bespoke Clipper Race design bottles of Stormhoek Wine were delivered to countries around the world.

To celebrate the 2017-18 edition crew’s participation in the next years Clipper Race, Stormhoek will be sharing its social spirit and supplying wine at the upcoming Crew Day reception in London on Saturday 14 January.

Follow Stormhoek on Facebook and @StormhoekWines on Twitter to be kept up to date with its Clipper Race news and how to be involved and vote for the Social Spirit Award in the next race.

Have you ever wondered what it’s like to race the world’s oceans? Well now you can relive all the action of the last race as our highly anticipated TV series ‘Race of Their Lives 2’ is now available to own on DVD!Follow our intrepid crew…

Qingdao’s search for Chinese crew members to participate in the Clipper 2017-18 Race is officially underway, with selection trials set…