“It’s nine months before the start of the race so I suppose it’s not dissimilar to waiting for a baby – both can be wet, cold and miserable, but equally fun, warm and enjoyable!” says Mike Kidwell, a 63-year-old Business Developer from Queensland who is taking part in the full circumnavigation in the 2017-18 edition of the race.

As someone who loves a challenge, Mike cannot wait for the upcoming race, although we don’t think we have ever heard it described as like waiting for a baby before! As can often be the case, when Mike first heard about the race life got in the way and the dream was put on hold for the time being. Now, 16 years later, Mike has signed up for the full circumnavigation ‘because he can’ so we caught up with him after recently completing his Level 3 training at our Sydney base, where training continues whilst the UK office goes on Winter break. 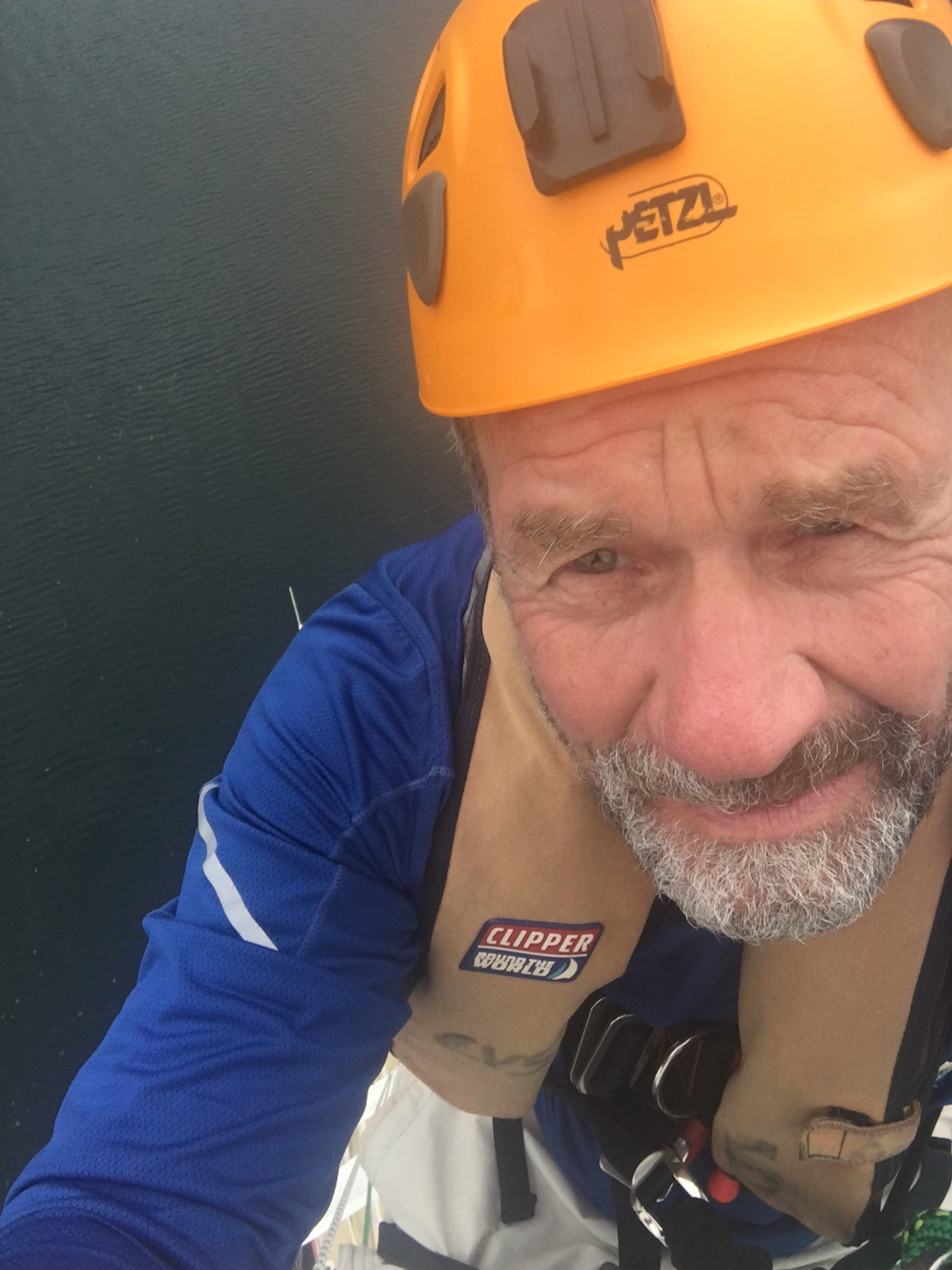 How did you hear about the Clipper Race?
I lived in the Netherlands from 1992 until the end of 2000 and remember reading a newspaper article about the Whitbread Round the World Race. I immediately wanted to sign up to take part in the Clipper Race but after doing a bit of research ‘common sense’ prevailed and I accepted it would be unreasonable to delay joining my family who moved to Australia in July 2000, so my dream was put on hold temporarily.

What led you to sign up 16 years later?
I was very fortunate in so far as I was able to ‘try’ retirement when I arrived in Australia in 2000 but it was not for me, so I bought into a business from which I am now trying to extract myself.

I was looking for another challenge to assist me in making the transition into retirement for the second time, and someone mentioned the Clipper Race. I am mentally young, reasonably fit, enjoy both mental and physical challenges and never want to grow old so I thought ‘why not!?’ Spending time having coffee in shopping malls is not my thing!

Why did you choose to take part in the full circumnavigation?
Many people have asked me this question and I don’t actually have a definite answer, other than ‘because I can’.

How does it feel now that you are on board after all these years of following the race?
Quite frankly, the reality has not sunk in yet (excuse the pun!). It is nine months before the start of the race so I suppose it’s not dissimilar to waiting for a baby – both can be wet, cold and miserable but equally fun, warm and enjoyable.

What do your family and friends think about you participating in the race?
My daughters love the idea that Dad is off on another crazy adventure. I have climbed Kilimanjaro, completed ultra-marathons and I go hiking with my mates most Saturdays so it doesn’t surprise most of my family and friends – they know I have always been one for challenging adventures!

Some people are a bit intimidated though and just think that sailing is the fine art of getting really wet, really cold and going nowhere really fast whilst spending really large amounts of money.

Your biography mentions that you were born in South Africa and have family there, will they be hoping to greet you when you arrive in port during the race?
I have an uncle that lives in Cape Town and he has done several trips from Cape Town to Rio and Cape Town to Uruguay so we will have even more to chat about. My two sisters also live in Durban so they will probably head to Cape Town to check how well their only brother is coping.

How did you find your Level 3 training?
Our instructors, Wendy and Derrick, were outstanding! They had both either skippered or sailed the 70 footers so they were able to honestly tell you about the good, the bad and the ugly. We only had six crew for Level 3 training so the instructors were probably more hands on than normal. We were not able to do the overnight sailing unfortunately due to there not being enough crew to safely participate, although we know we will have many nights to come during the circumnavigation!

What was the highlight of your Level 3 training and why?
Both instructors had circumnavigated on the 70 footers so were able to give us a full insight. One of the advantages of only having six crew during training was that we were able to do each task a few times, although I’m not sure that was always a good thing!

What would you say was the most challenging, and why?
There were four female and two male crew so the guys probably had to do more in the way of heavy lifting but we all survived and we were still good friends at the end of the course.

What did you take away with you from your Level 3 to prepare for Level 4?
After talking to crew members who had done Level 1 and/or Level 2 in the UK, it sounds like Sydney is definitely the better option for enjoyable and scenic training! On a serious note though, I think the real training will take place on the first leg of the race so Level 4 will be mostly about getting used to the boat and getting to know a bit about the crew, and Skipper.

Would you say you are competitive?
Yes – but not to the point that not winning would be the end of the world!

What do you hope to get out of your race experience?
I intend to make the most of the good, the bad and the ugly, and enjoy doing what very few people have been able to do. One stat that really sticks in my mind is that more people have climbed Mt Everest than have circumnavigated the globe on a racing yacht. By the end of the race I will have a very good idea if I want to continue sailing, or if I want to get involved in another adventure but either way, I can’t wait to take on the challenge!