The Clipper Connect Business Series provides a platform for the Clipper Race to connect like-minded professionals as the race travels the world and the inaugural event provided the ideal platform to showcase how Sanya is making its mark in the $7.1 trillion travel and tourism industry and why they chose the Clipper Race as the platform to support this. 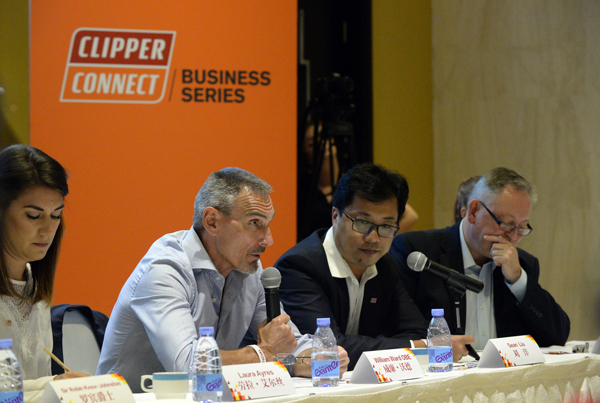 After an introduction to the Clipper Race from William Ward OBE, Jonathan Levy kicked off the open table discussion by discussing what Sanya aims to achieve. Wang Kehong, Vice Secretary-General of Sanya City, said: "The reason why the Sanya government has signed two contracts with the Clipper Race is that we want to promote Sanya and its many facets including sports, culture, tourism, economy and minority cultures.

"Let's work very closely to take advantage of this place to promote Sanya and to produce even better news for the next race."

The discussion then moved on to focus on how the Clipper Race has helped Sanya promote its tourism globally and built an “International Sailing City”. Sixian Tang, Consulting Director of Sanya Tourism Development Commission, took the lead. He said: “By taking part in the Clipper Race, Sanya has benefitted in terms of the national press and marketing and the city promotion; so far I think it has been very successful.

“The Sanya government has also been successful in promoting the event by social media and organising a professional team to lead on the national marketing following and leveraging Sanya’s involvement in the Clipper Race.”

Wang Kehong supported Sixian Tang’s statements going on to praise the efforts of the local government in fully embracing and supporting the Clipper Race.

After watching a short video which showed the journey of the city’s team entry, Sanya Serenity Coast, so far, the focus turned to looking ahead in the partnership and the exciting opportunities that will bring to grow the new partnership together. Laura Ayres, Head of Clipper Race Partnerships said: “When a delegation from Sanya visited our training centre in the UK, we worked with them to visit RORC, the RYA and World Sailing to make sure that we are positioning Sanya as an international sailing destination to the world leaders of sailing.

"In the UK, approximately 7% of the population sail. If that had the same impact here, you would be looking at over 70 million people so, for us, the key is the next generation and engaging youth sailors or the young people of China in sailing, trying to make it accessible for all people.

"If that generation come through and become a generation of Chinese sailors then we as a company will be looking at what the opportunities are and, who knows, maybe even a Clipper Race training centre here in Sanya." 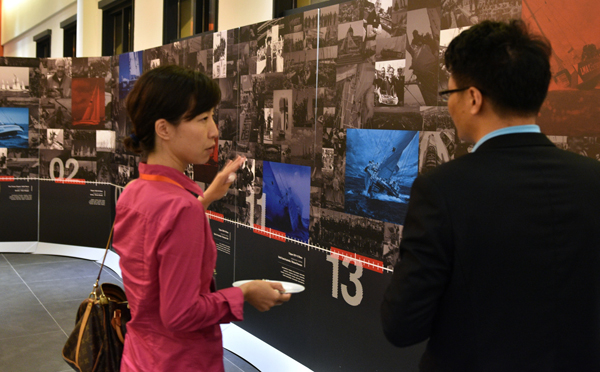 Following the announcement that the Sanya Ambassador programme for the Clipper 2019-20 Race has been launched, which was made during the Race 7 Prize Giving Ceremony on Monday night, Wang Kehong has suggested that he may apply to be one of the second generation of Sanya Ambassadors on the next edition of the Clipper Race.

He added: "I really wish that I can make it happen with your help.” William Ward OBE responded to confirm that he would definitely make it happen.

The Sanya Stopover of the Clipper Race is well underway with daily tourism visits, cultural experiences, sailing regattas and more planned to promote Sanya as a leading destination to the visiting crew and supporters.

Find out more about Sanya, the Forever Tropical Paradise.

Find out more about Clipper Connect.