Some 25 Race crew members representing six different nationalities have a new-found love of Sanya after being treated to the first of three action-packed tours of the region’s key tourist attractions. 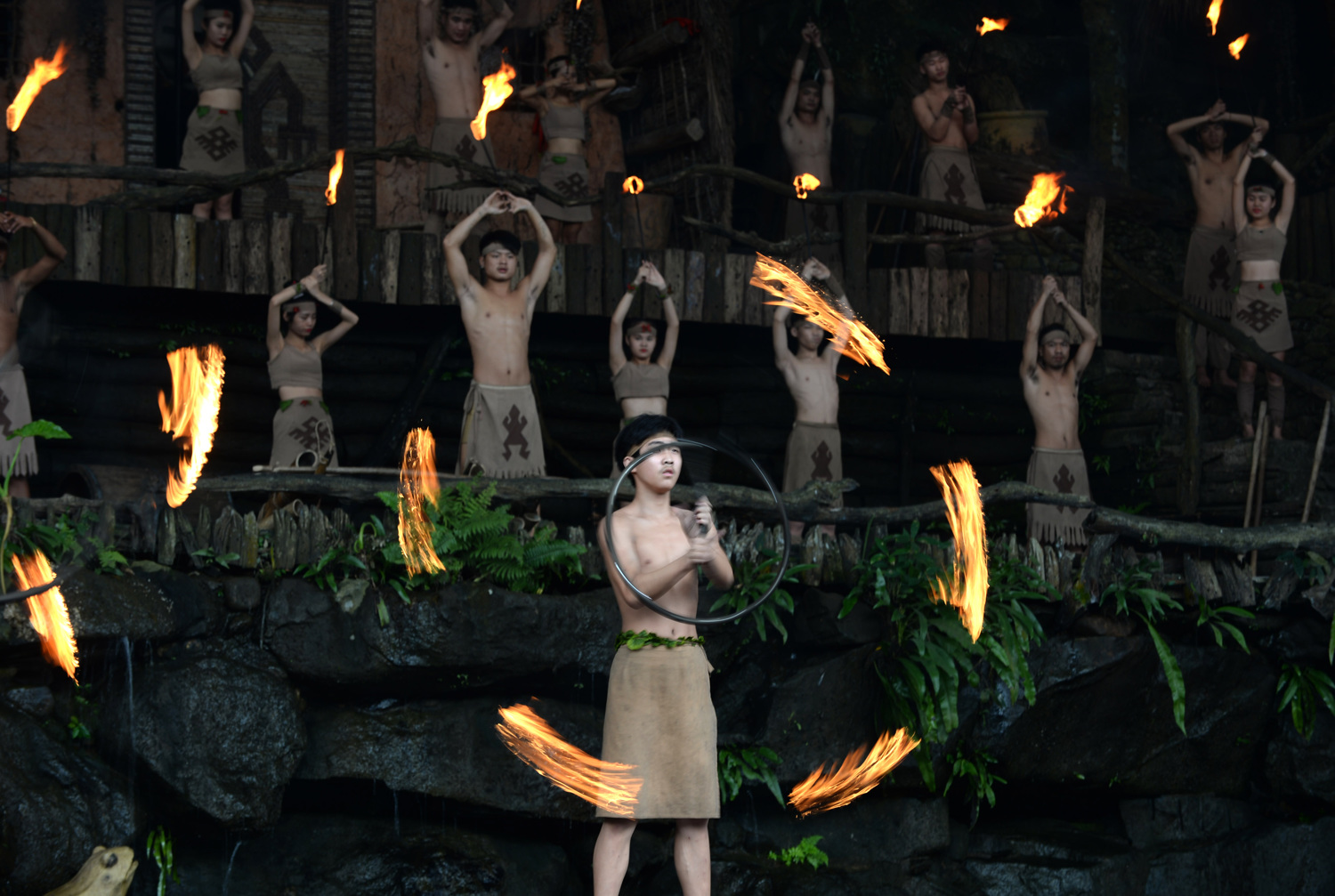 The tourism day, which was put on by the Sanya Organising Committee, took crew members, many of whom have never been to China before, to two of the best sightseeing spots in the city; Nanshan Cultural Tourism Zone and Binlang Valley. 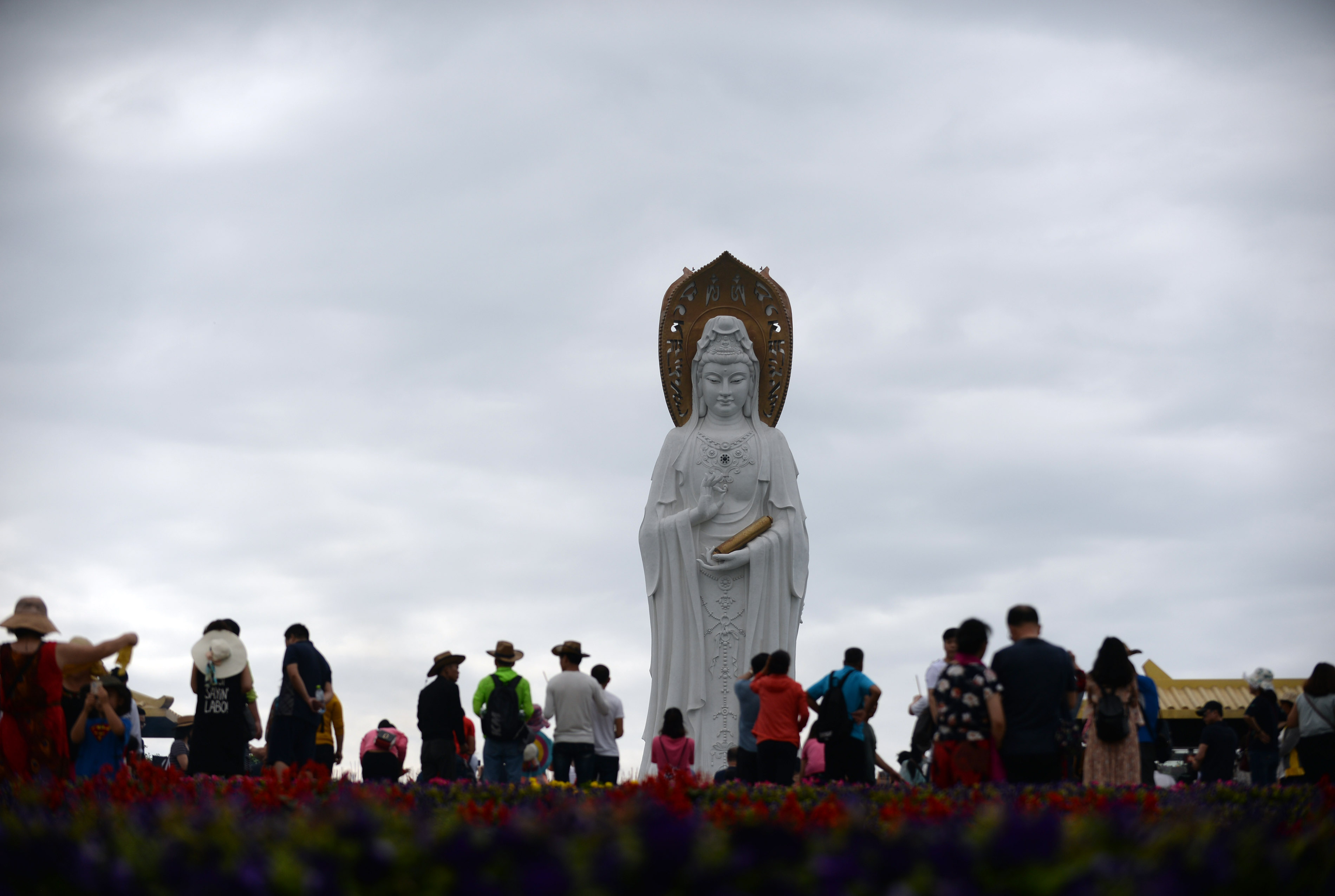 The first stop of the day was the Nanshan Tourism Zone, home to the 354 foot Guanyin of Nasnhan, a statue bodhisattvaGuanyin. Currently the fourteenth tallest statue in the world the Guanyin of Nasnhan has three aspects, two facing inland and one facing the South China Sea, to represent peace, wisdom and mercy.. 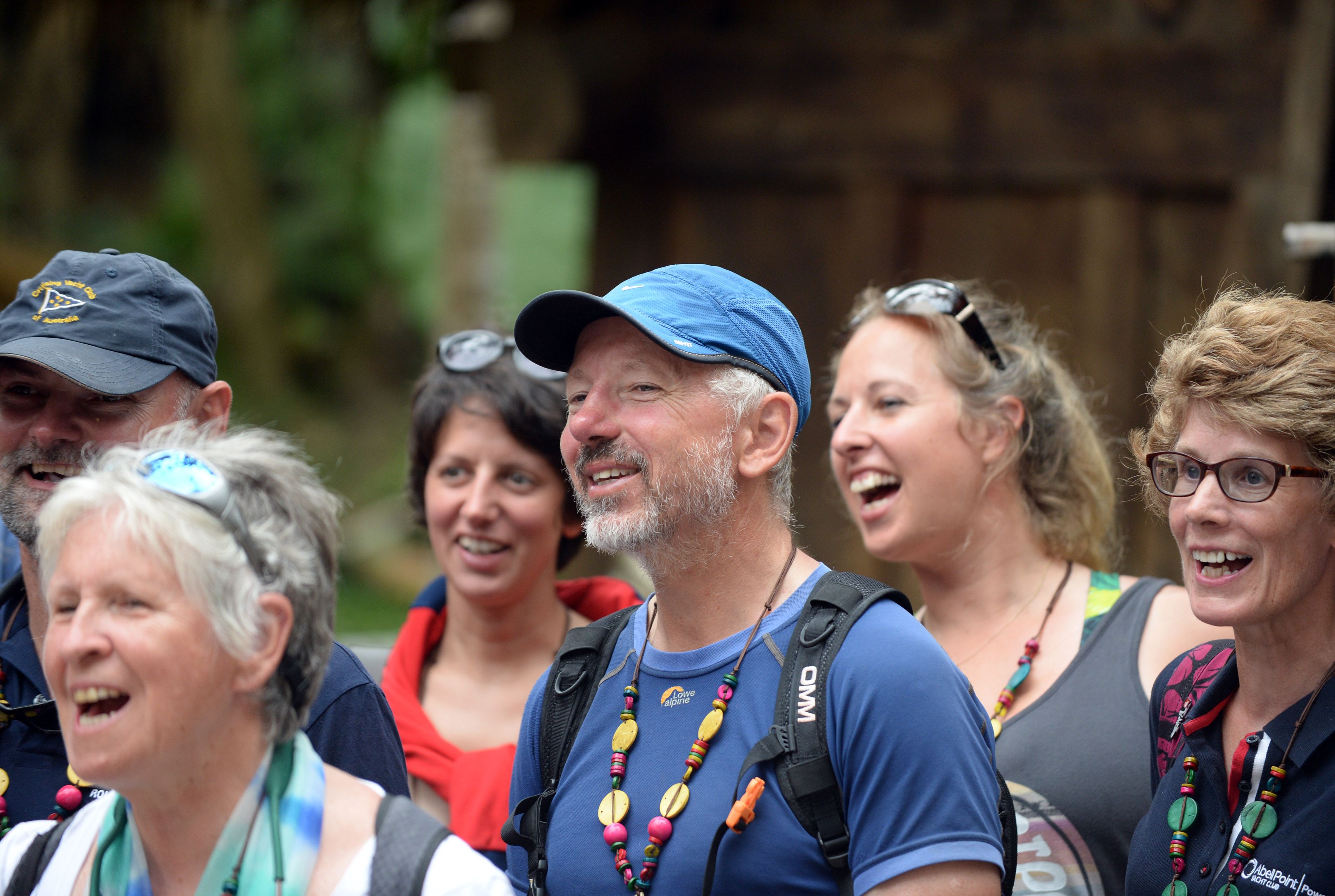 For Liverpool 2018 Leg 5 crew member Clement Lee, from a 39-year-old Management Consultant from Canada, this was his second visit to Sanya, but first time experiencing the Nanshan area. He said: “I came here ten years ago but it’s great to see landmarks like Nanshan that I missed before.

“The people of Sanya have been very hospitable and we have had a great tour this morning, we’ve learned a lot about the city and the island. I’ve learned a lot more this time, it seems very organised and has progressed a lot over the last ten years.

“I am looking forward to seeing more of Sanya and seeing what it has to offer.” 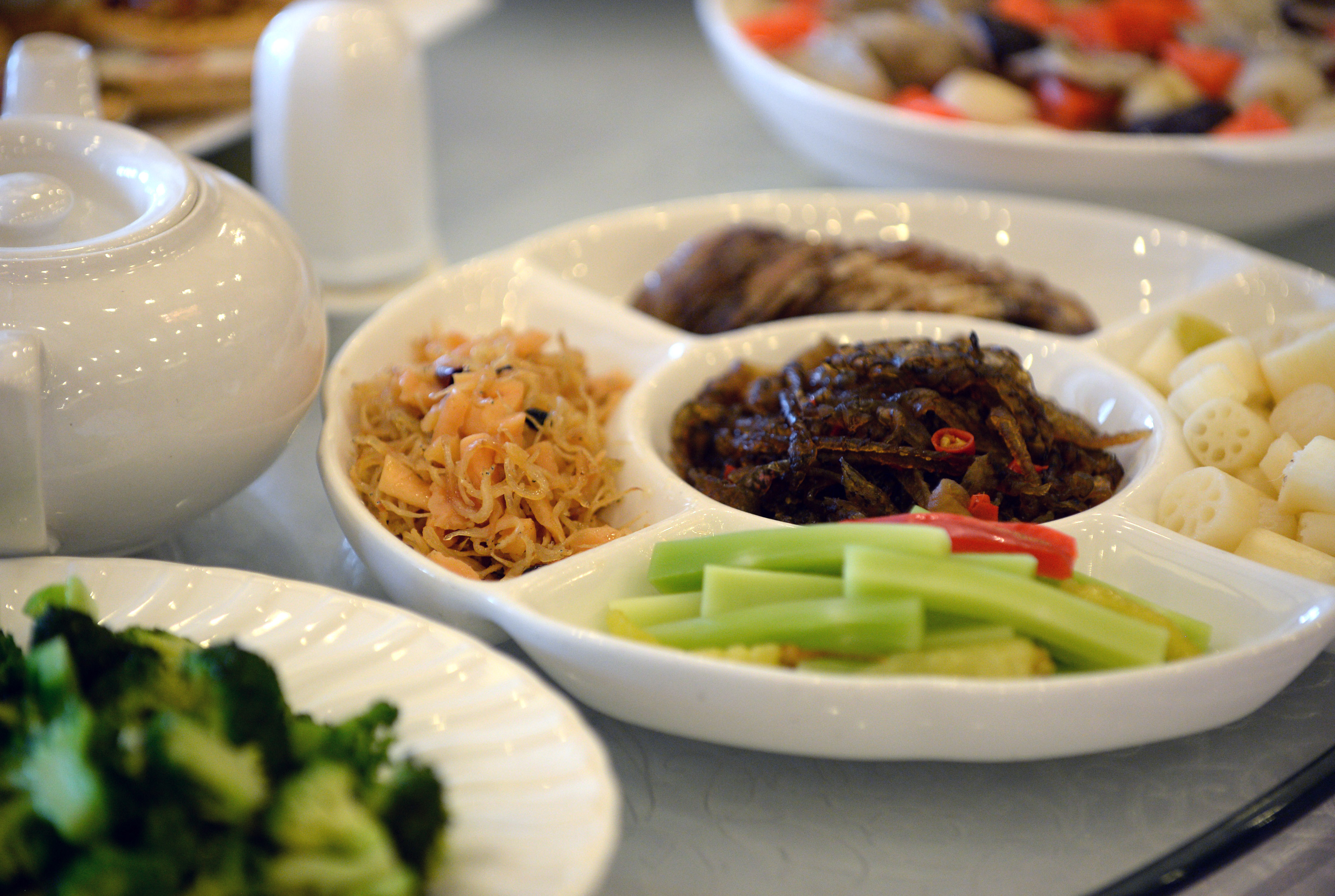 After a delicious lunch of local delicacies, the group headed to Binlang Valley to experience the traditions of the Li culture, which is only present on Hainan Island. Nestled amongst tall green palms, the group was treated to an hour-long cultural show which included fire shows and traditional dancing.

After the show, Clipper Race crew members were invited to the stage to try their hand at the traditional dancing, led by the experts. After a number of energetic attempts, its safe to say our intrepid crew members will stick to racing across the world’s oceans! 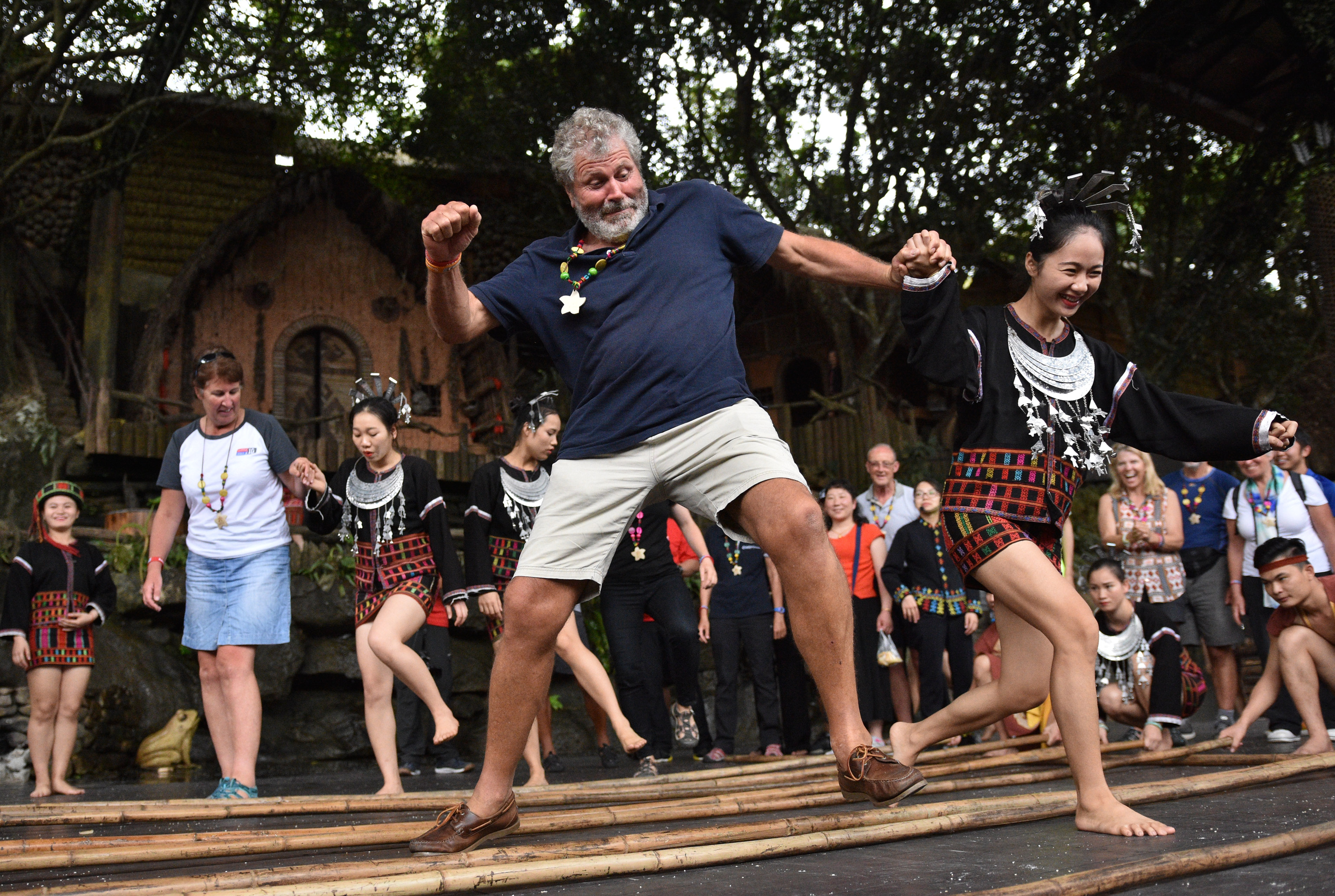 For Charles De Coquet, a French Leg 5 and 6 Liverpool 2018 crew member living in Atlanta, USA, the day was a brilliant start to his first visit to China. Speaking after the day, he said: “The Li Village was very interesting, it was very nice to see that. I was not aware of the Li culture, which is only present here on Hainan Island.

“Sanya is such a nice tourist destination, the government is doing a lot to promote the region and I think it is a very nice place to come and visit – I will be telling all of my friends and family about it for sure!” 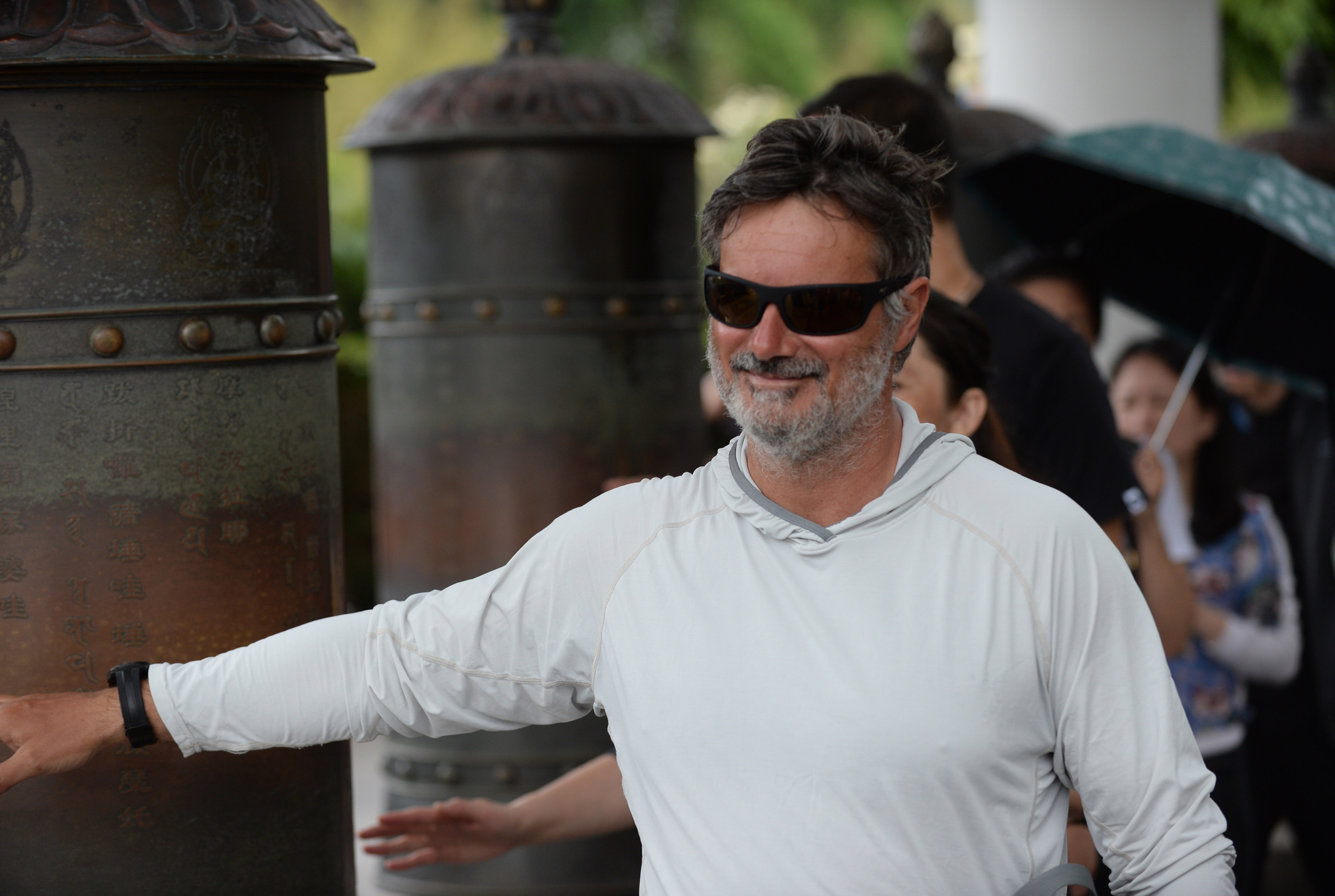 After a day of fleet preparations, the Race 7: Forever Tropical Paradise Race Prize Giving will take place on Monday 26 February in a grand outdoor setting in Sanya’s Serenity Marina. During the week, the Clipper Race Crew will be treated to an exciting schedule of two further tour days, cultural experiences and shows.

For more information about the inaugural Clipper Race Stopover in Sanya, please visit the en.sanyatour.com.

The Clipper Race Village at the Sanya Serenity Marina is officially open, adding yet another level of excitement to what…

An incredibly close finish to the hottest Leg of the Clipper Race from the Whitsundays, Australia, to debut Host Port of Sanya, China, saw all eleven Clipper Race teams finish the 4,300 nautical mile course within 21 hours.After…

Unicef and Visit Seattle capped off a busy night of arrivals in Sanya, with the two teams taking out fifth and sixth place in Race 7: The Forever Tropical Paradise Race.Skipper Bob Beggs guided his Unicef team across the line at 03:10:17 local time on…