The Embassy of Vietnam in the United Kingdom invited more than 100 guests from the Vietnam government VIP guests including the Deputy Lord Mayor of London, UK based Vietnamese businesses, artists and media, to meet the Da Nang-Viet Nam crew and skipper. Guests braved heavy August showers to mark the presence of the team in one of the most competitive and challenging sports activities in the world.

Telling the audience how much the Clipper Race means to Da Nang, the Vietnamese Ambassador of Vietnam to the UK, his excellency Nguyen Van Thao said: “Since 1996 the Clipper Race has visited 55 different stops all over the world but next year in February will be the first time the Clipper Race will visit Vietnam. This marks a milestone of the relationship between Vietnam and the UK.

David Cameron became the first serving British prime minister to visit Vietnam when he made his official visit last month on a mission to boost trade. The visit, 40 years after the end of the Vietnam war, marked a milestone in the relationship between the UK and the south-east Asian country, which has one of the fastest-growing economies in the world.

Today's visit to London was the first time Da Nang had visited the UK, with the city aiming to use the race’s global platform to boost international trade, investment, economic impact and tourism whilst also enhancing its social, cultural and diplomatic relations with the UK and many countries along the race route. 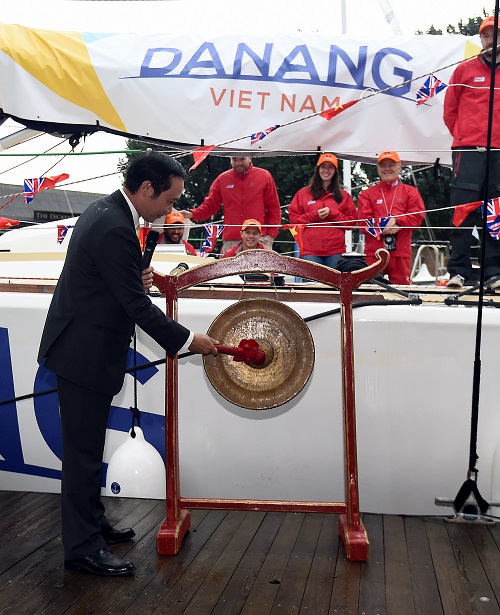 Before naming the boat and striking a gong that symbolised good luck to the team, Ambassador Thao spoke further on the significance of the partnership when he said: “The Clipper Race is not only a race. It is a wonderful link between people all over the world. When we promote cultural exchange we can help people understand each other better so we hope through this partnership that people will understand more about Vietnam. It is a beautiful country not just linked to the war. We have a long and rich traditional culture and strong business links.”

Despite the rain coming down heavily, guest’s listened intently as Da Nang-Viet Nam skipper Wendy Tuck then took to the microphone to explain: “I was so excited when I was announced as the skipper of the Da Nang-Viet Nam. I now also have the bonus of visiting a place that I’ve always wanted to visit. I can’t wait to get there and discover it all.”

Proving her competitive Australian spirit, she added: “All the team is excited and we’re just chomping at the bit to get started now. I come from a place a long, long way away. I haven’t come here to come second.” 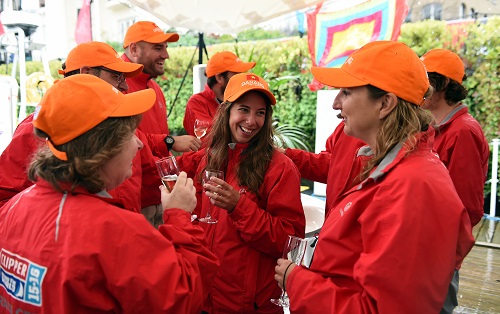 Da Nang-Viet Nam round the world crew member Matthew Ogg, 28, a PR consultant from London, said: “It was a pleasure to meet the ambassador to the UK from Vietnam and get a first taste of their culture. I think it got the whole crew really excited for when we finally get to Da Nang. It’s definitely going to be the best stopover for us and I think we’re very lucky to have them on board.

“Vietnam has been on my bucket list to visit for a very long time. I’m really pleased we get to go during the race and I hope that after seeing such a beautiful country that we all get to go back afterwards and maybe one day travel from north to south and see everything else it has to offer.”

Confirming the Clipper Race sentiment, Chairman Sir Robin told the Ambassador and attending guests: “There was a lot of excitement when we announced the Da Nang stopover so I think over 250 crew members from all over the world are very excited to come to your beautiful country that they’ve heard so much about. For us this is something very, very special.” 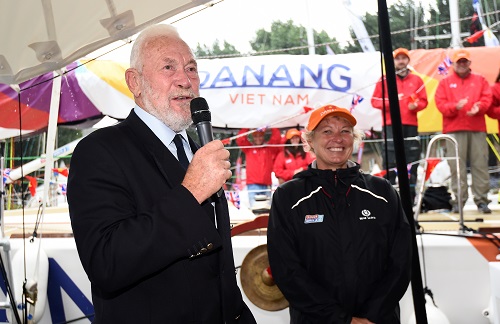 In early June 2012, Kristi Wilson was running near her New Jersey home in the USA. Nothing seemed out of…

LMAX Exchange is making its ocean-racing debut in the Clipper 2015-16 Race and tonight was its turn to take the show pontoon limelight and officially name its yacht in St Katharine Docks ahead of Sunday’s Race Start.Before soaking the bow of the boat in the…