After spending years encouraging others to step outside their comfort zones to pursue adventure, Crew Recruitment Director Dave Cusworth is now taking on his own life challenge, revealing that he has made the tough decision to leave the Clipper Race, where he has worked for the last thirteen years, to move to Denmark with his young family.

Dave, who started his own journey with the race as a round the world crew member on board New York in the 2002-03 edition, says: “Someone once told me that to be really happy in life you should turn your passion into your job. I did the Clipper Race in 2002 and discovered my passion, then in 2005 I was lucky enough to turn that into my job, and over the last thirteen years I really have lived the dream. 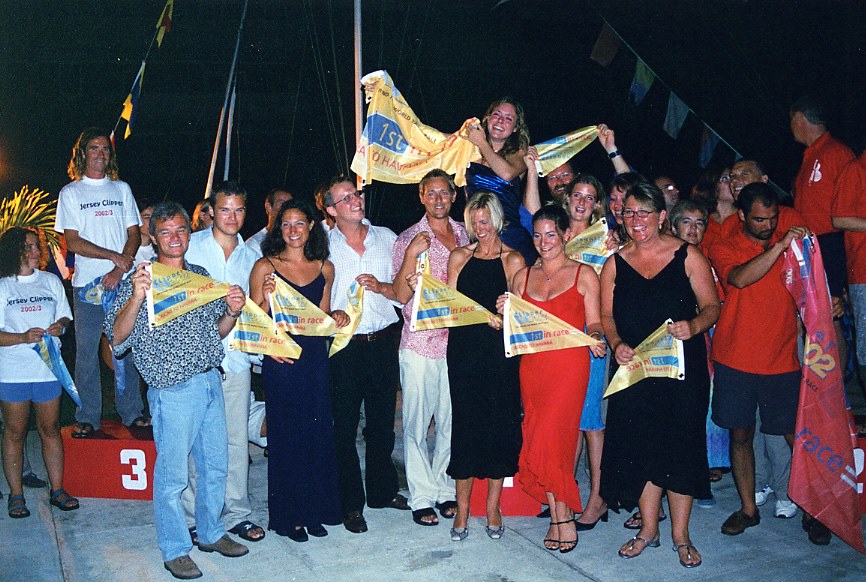 (Dave, centre, celebrating a first place podium with his New York team mates in Havana on the Clipper 2002-03 Race)

“It’s been amazing and I wouldn’t leave for any other role however my wife is the most talented engineer and has the opportunity to move to her company’s head office and take on an amazing role. And so, we’re moving to Denmark and starting new lives. An amazing experience for our kids and for us. It will be so sad to leave the Clipper Race family, but the opportunity feels right.”

During the last seven editions of the Clipper Race, Dave estimates he has interviewed around 6,000 race candidates, from all walks of life, from students to CEOs and everything in between, whilst travelling to far flung destinations around the planet.

Summing up his experience, he says: “I have rapped live on Singapore radio, been a judge on a TV game show in China, worked in South African townships as part of a selection team and been privileged to meet and interview so, so many interesting people from all over the world. I’ve made friends, seen lives change and watched so many adventures unfold. I met my wife, who also did the Clipper Race, and we had two amazing Clipper nippers together, it has literally transformed my world.” 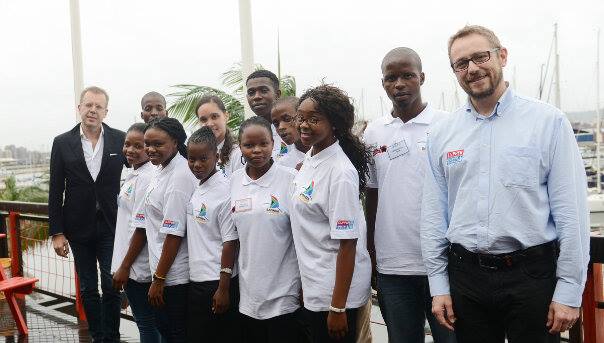 He adds: “Throughout those years my advice to others has always been the same – live your dream, move outside your comfort zone, scare yourself a bit, take a risk. The best decisions in life are made by your heart and not your head. And so I thought it was time I took my own advice.”

Commenting on Dave’s departure, William Ward, Co-Founder and CEO, says: “Much as crew feel like they are one big family, our race office team has a very similar feeling. Dave has been a hugely influential part of what we do and I’ve enjoyed watching him start and grow his own family with us. Of course, we all wish him huge success and happiness as he and his family start their next chapter together and hope we can find a way to keep him involved with us in some way in Denmark.” 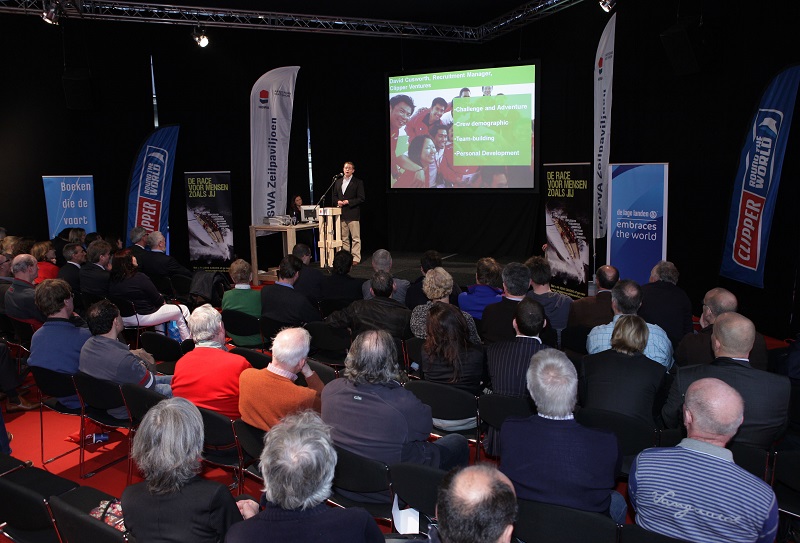 (Giving a crew presentation at the Amsterdam Boat Show)

Dave will remain in his current role until the 2017-18 Race Finish in Liverpool and whilst he may remain involved with the race in some future capacity, the hunt is now on for someone to join our crew recruitment team.

The right candidate will need to be an experienced Clipper Race crew member, with high levels of self-motivation, an outgoing personality and a love of travel and adventure.

If you are interested in learning more, please contact Dave to express your interest by emailing [email protected].