The forecasted light wind has arrived and is slowing the progress of the Clipper Race fleet as it races past San Francisco on Day 4 of the 4,100 nautical mile Race 10: The Garmin American Challenge from Seattle to Panama.

Whilst the wind hole didn’t spare any of the teams, Qingdao’s lead remains uncontested for a fourth consecutive day. However, it was a frustrating one for the frontrunners, as Skipper Chris Kobusch explains: “It has been a long 24 hours with the wind dropping off almost completely, resulting in us standing still for a while. We then tried the different sails, one by one, to get us moving again.

“Unfortunately, the rest of the fleet had more success than us and kept catching up over the course of the day. Luckily, we got the breeze back just after dinnertime and we are now sailing under spinnaker in more or less the right direction again.” 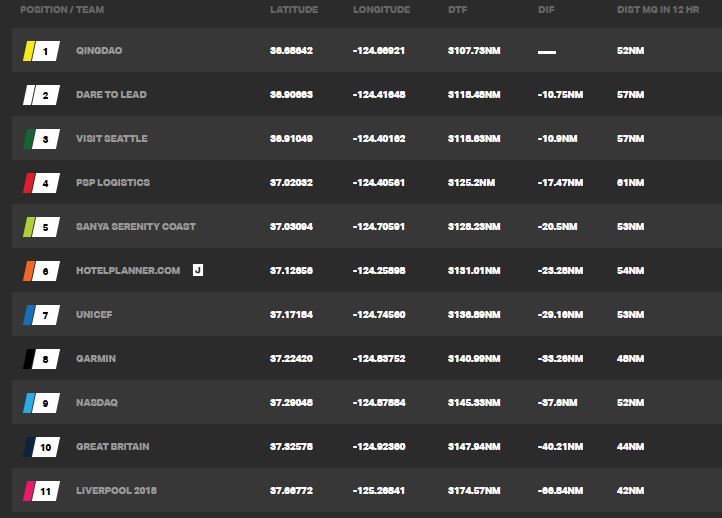 In order to keep moving, the entire fleet has gybed as far east as possible in an attempt to benefit from any inshore gusts off the Californian coastline. Dare To Lead has moved into second place, but is neck-and-neck with Visit Seattle in third. Skipper Dale Smyth comments: “We are currently pushing through a light patch but hopefully as we gain some southing the wind will increase some more. We are still very bunched up as a fleet at the moment, so all is still to play for.” 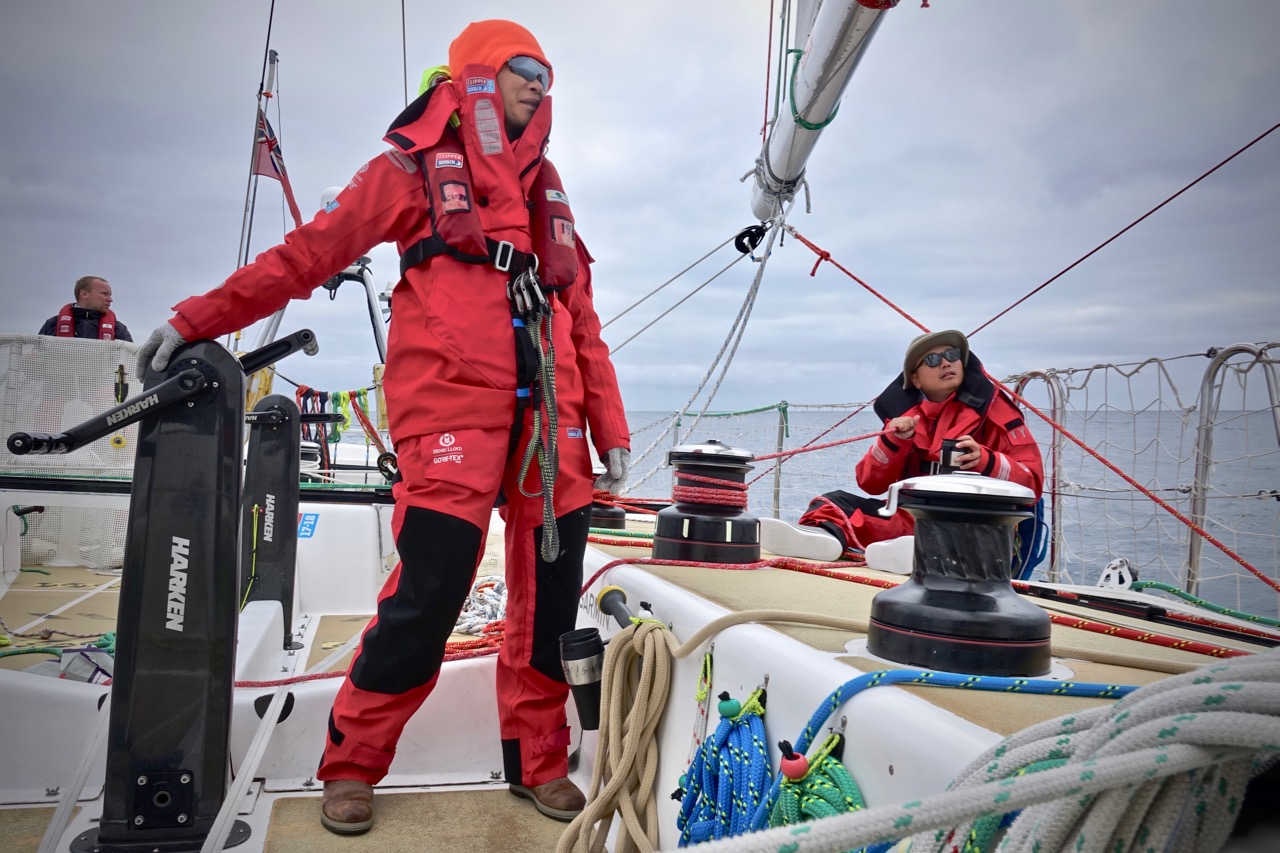 Visit Seattle Skipper Nikki Henderson has been enjoying the cat and mouse game with Dare To Lead and is also thrilled with how her team has been handling the tough conditions, saying: “The crew has been sailing absolutely brilliantly. There is nowhere to hide in light wind sailing; the standard of helming and trimming on board is really great which is reflected in how well the boat is moving.”

With just 60 nautical miles separating first from eleventh, Dare To Lead and Visit Seattle aren’t the only teams which are literally in sight of each other. Conall Morrison, Skipper of the sixth placed HotelPlanner.com, reports: “We were down to less than 5 knots which required the breaking out of the Windseeker for a few hours. We have three other Clipper 70 boats in visual range, and the racing remains tight.”

The light and variable winds have had one positive, with the slower pace giving those onboard time to appreciate the beauty of the Pacific Ocean. Garmin Skipper Gaetan Thomas says: “Now it is pitch black night, no moon (yet), no stars, it is beautiful. You can just see the boat and the spinnaker which is illuminated by our steaming light in the darkness, especially when it is flat sea and you are just moving after few hours drifting along. You have the breeze, but not many waves, and when the spinnaker is well trimmed and stable, you just hear the water going through the hull and nothing else!”

In good news for the fleet, the teams will continue to keep picking up speed as they travel down the Californian coast. Clipper Race Meteorologist Simon Rowell reports that when the deep low currently pushing the high hits land in a few days’ time, it will create some good southerlies and some long swell to keep the fleet moving south.