Race 10: The Garmin American Challenge from Seattle to Panama is officially underway after the Clipper Race fleet had a successful Le Mans start off the northwest coast of the USA. Although the fleet remains close together, a split has already emerged, with one group heading directly south under spinnaker, whilst the other group is headed further offshore under white sails.

Visit Seattle, who had the advantage of being the windward boat in the Le Mans start after winning the short course in-port race in Seattle’s Elliot Bay, is closely grouped with PSP Logistics, Qingdao, and Garmin, with all four boats hugging the rhumb line. Though little separates the teams at this stage, Skipper Nikki Henderson is pleased with her team’s start, saying: “Initially the fleet split into two main camps with four of us hoisting our spinnakers and heading south, and the other seven heading southwest under white sails. The wind has now veered to the north-northwest and I would imagine everyone is now flying their Code 2 (Mediumweight Spinnaker) or Code 3 (Heavyweight Spinnaker).

“It's amazing how quickly we fan out and disappear out of view - we have already lost a few boats - just a few white/green/red lights swaying around us.” 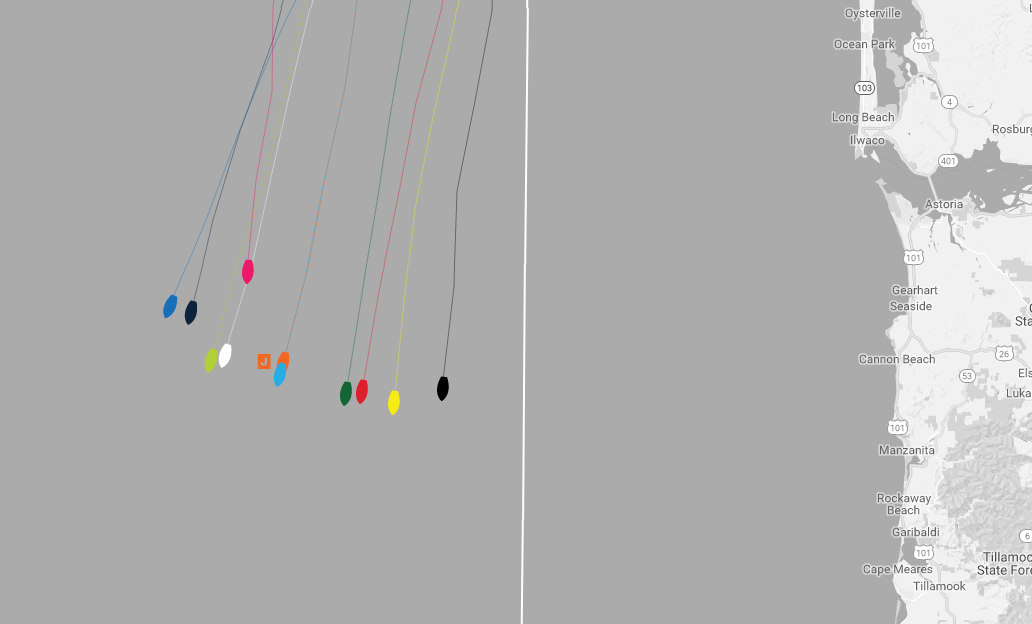 IMAGE: The Clipper Race fleet heading south after the Le Mans start for Race 10 (correct at time of publishing)

Qingdao, which is coming off the high of winning the race across the North Pacific Ocean is currently in first place, and Skipper Chris Kobusch is also happy with what he has seen from his team in the early stages of the race, commenting: “The team worked well together, got the Staysail and Yankee 1 up quickly and we therefore had a good start into Race 10. Once the ten minutes, which restrict each team from changing course and sail plan, were up, we got the spinnaker out of its bag and shortly after we were flying along at around 12 knots boat speed on course to the first waypoint.”

GREAT Britain and Unicef are the most easterly of all the eleven teams, with both hoping the early tactical decision will pay off. GREAT Britain Skipper Dave Hartshorn reports: “We are currently the windward side of the boats, who at the time of writing, are currently still on white sails, heading slightly west of south. While another few boats appear to be heading more directly south under kites. This is clearly based on the interpretation of what the high pressure currently influencing our wind will do over the next couple of days. So, it will be interesting to see who has got it right.

“At this moment we are making good speed, about 11 knots, with the full main, stay sail, and Yankee 1 on a fine reach.” 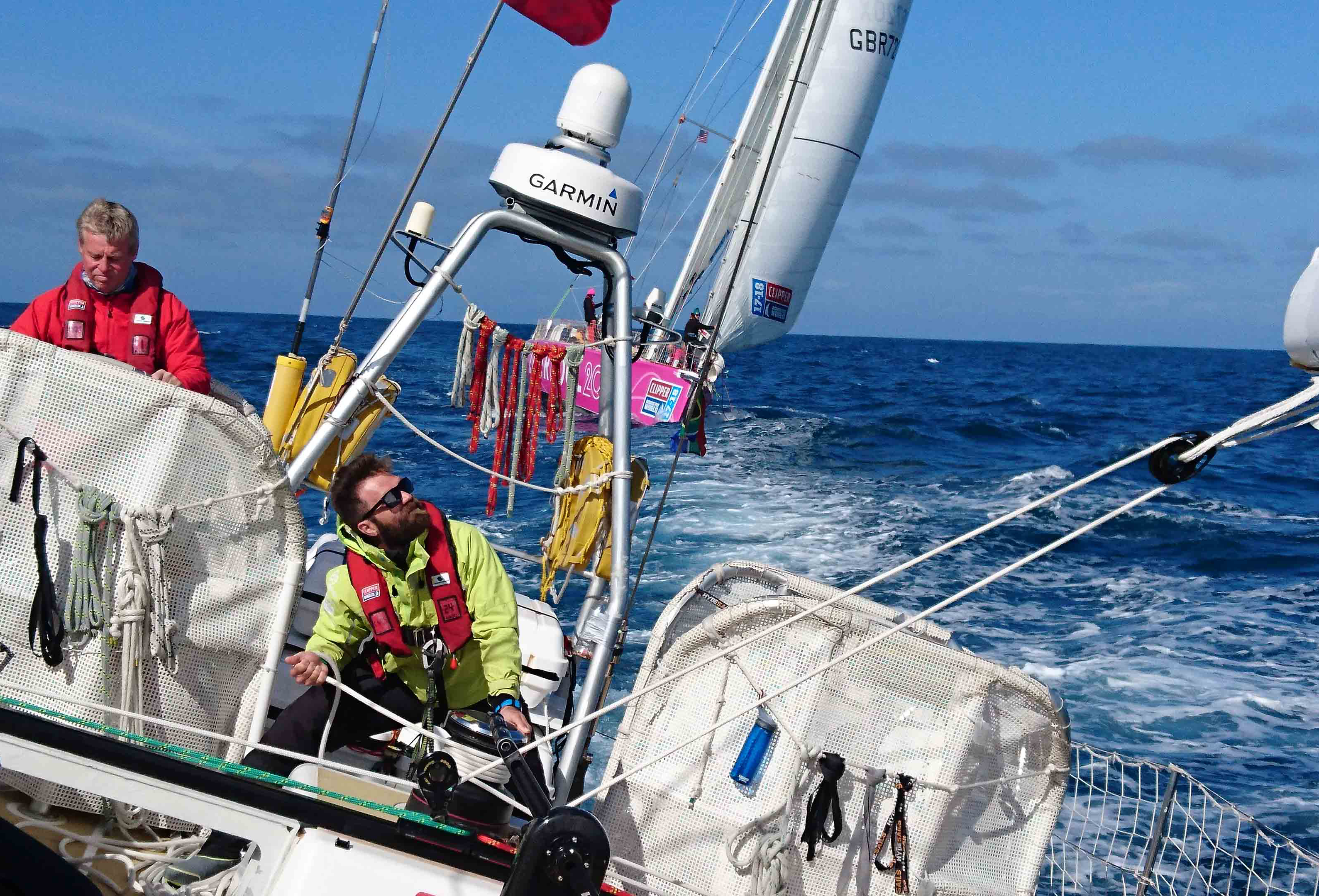 IMAGE: Matthias Eigenmann from Dare To Lead on Day 1 of the Garmin American Challenge 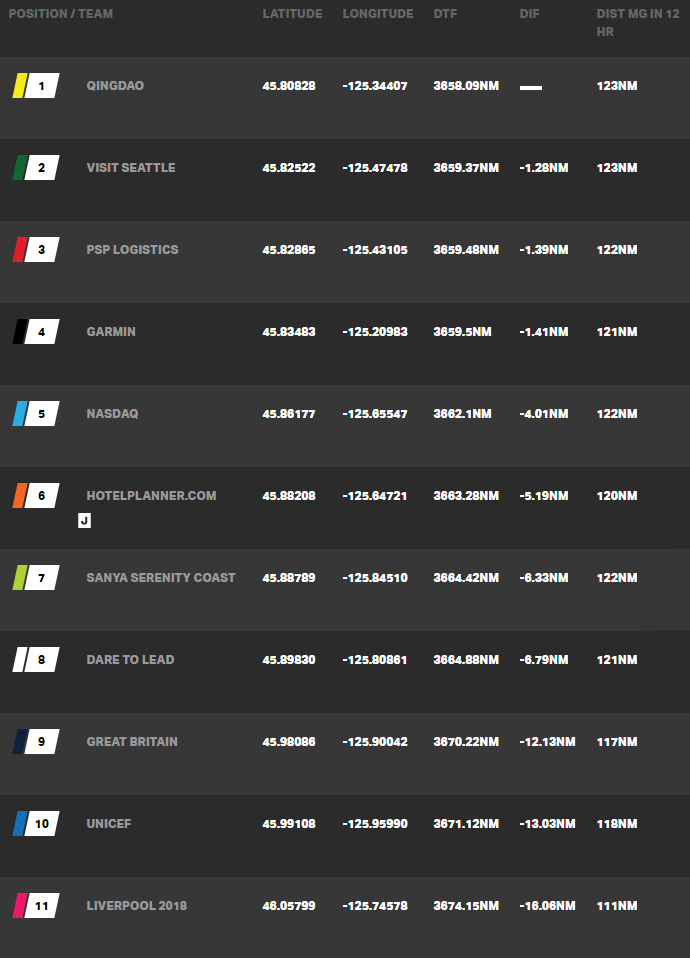