Another day of the Doldrums and motor-sailing through the corridor meant that the Clipper Race teams needed to get creative in passing the time before they’d be back racing towards Punta del Este.

Seattle has at last taken advantage of the Doldrums Corridor rule, the last of the fleet to do so. The First Mate on board Seattle, Ineke Van Der Weijden has reported her team tried to get as much out of the boat and the dropping wind as possible, before they started motor-sailing. She says, “Well, nobody can say we did not try! We trimmed, used almost our whole sail wardrobe and helmed well. We braved squalls, torrential rains and wind holes. We learned how to sail the edge of clouds as well as the patience required for light wind sailing. But in the end our plan to sail the whole corridor has now been put to rest. We are motor-sailing just like everybody else.” 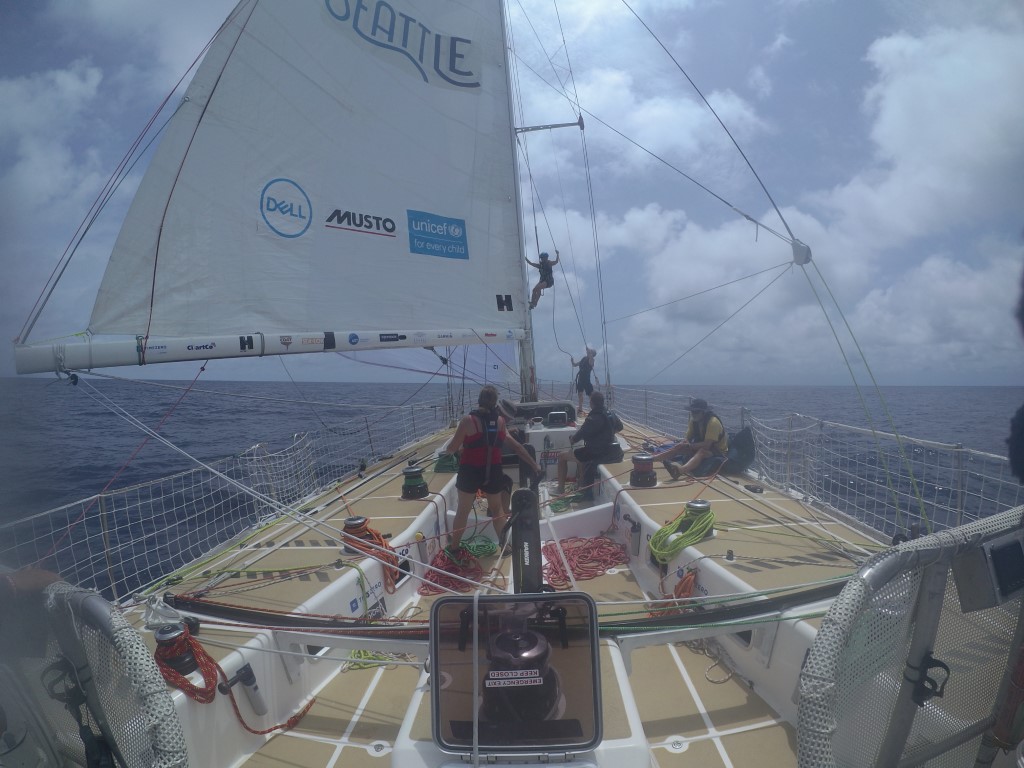 Doldrum life on board Seattle

Imagine Your Korea, WTC Logistics and GoToBermuda have put their sextants to good use and made the most of the Doldrums downtime for some celestial navigation lessons. Says Skipper of GoToBermuda, David Immelman, “Although we are going through the practical side of celestial navigation, I am not going through the complicated calculations and plotting required to actually get a fix. In other words we are doing the fun bit and avoiding the boring maths bit. Sound about right for a relaxing day of motoring.”

Spring cleaning was the order of the day with many boats getting a good spruce up. This was hard work at times for those involved as below deck temperatures were hot and uncomfortable. But this was also used to their advantage in getting some much needed laundry washed and dried in the warm sun.

The short term slower pace of life has meant that nature can be observed more closely. A gang of Mahi Mahi were spotted swimming alongside Unicef, “Their colours beautiful with vivid blues, greens and yellow.” Brown booby birds were noted in the log book of Zhuhai, the creatures on the look-out for flying fish native to the Atlantic. And an impressive lightshow was put on for the crew of Qingdao, courtesy of phosphorescent dolphins. 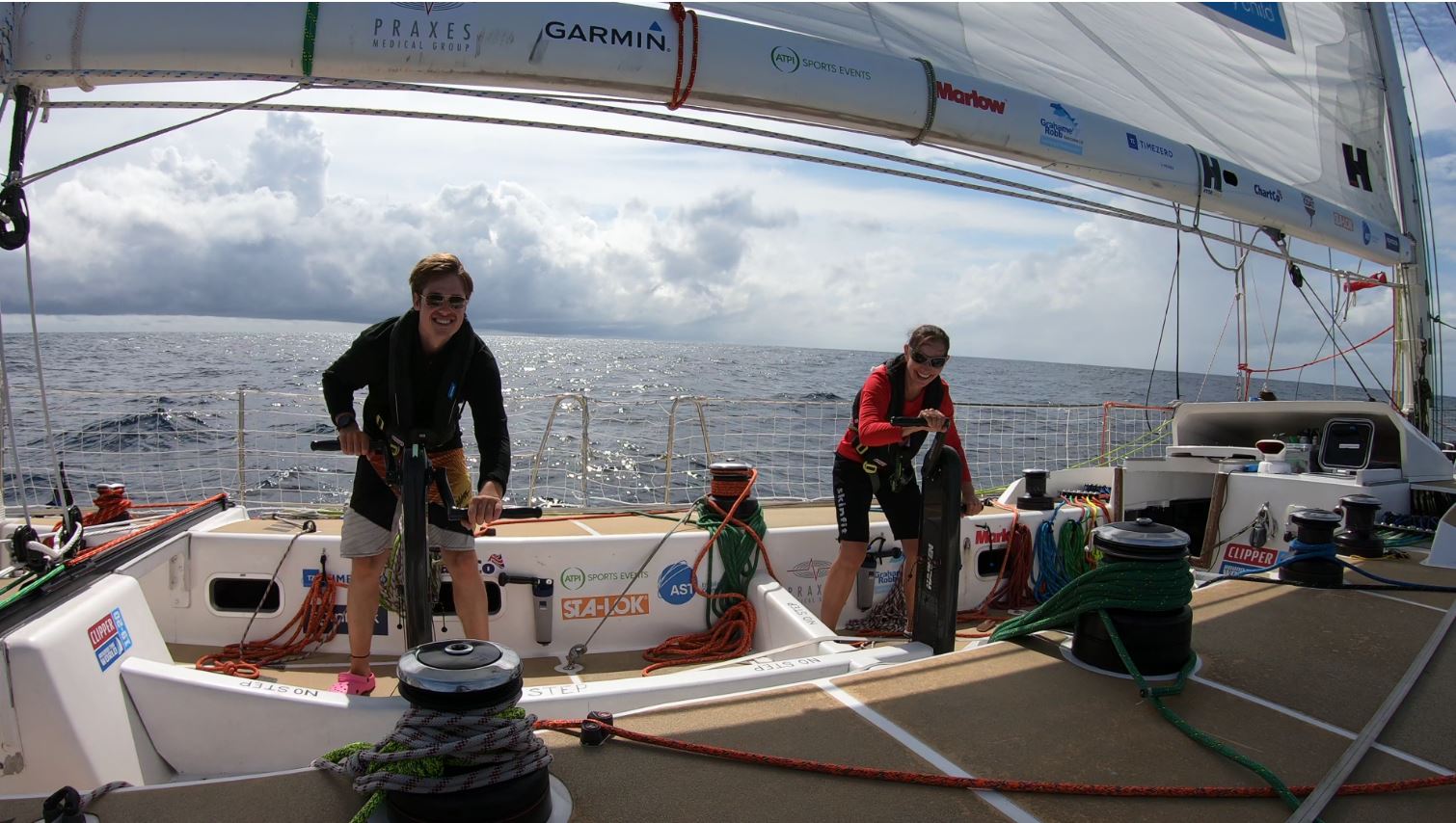 Grinding recommences on Dare To Lead

The motor-sailing segment of the race has now come to an end for Visit Sanya, China, Qingdao, Unicef, Punta del Este, and Dare To Lead. Skipper Guy Waites, on Dare To Lead reports: “For now we are beating upwind maybe for a few days, so far in a gentle sea state. Let's hope it stays like this (the sea, not the wind). Also, I think we are starting to be happy with anything here. We've been at sea now for long enough for us to understand and appreciate that it's as much for the journey as the destination.”

Day 12 of Race 2: The Commodore’s Cup has turned out to be a humid, rainy one for the Clipper…