The inaugural Clipper Race Sanya Serenity Coast In-Port Regatta has been one to remember, with Liverpool 2018 leading from start to finish to take victory.

Hundreds of thousands of people all over the world were able to watch the first ever Clipper Race Sanya Serenity Coast In-Port Regatta live, with the race also broadcasted live on television in Sanya.

The broadcast demonstrated the fantastic sailing destination of Sanya and the fantastic facilities of the Sanya Serenity Marina, a Marina Industries Association Platinum Level Five Gold Anchor marina, which is the highest level of accreditation and the only one of its kind found in Asia.

It was the first time in the Clipper 2017-18 Race that all eleven Clipper 70s took to the water at the same time for an in-port regatta. The teams looked brilliant against the city backdrop and azure waters of the Sanya Harbour, especially the bright pink Liverpool 2018, which was the first across the line, followed by PSP Logistics and Nasdaq. 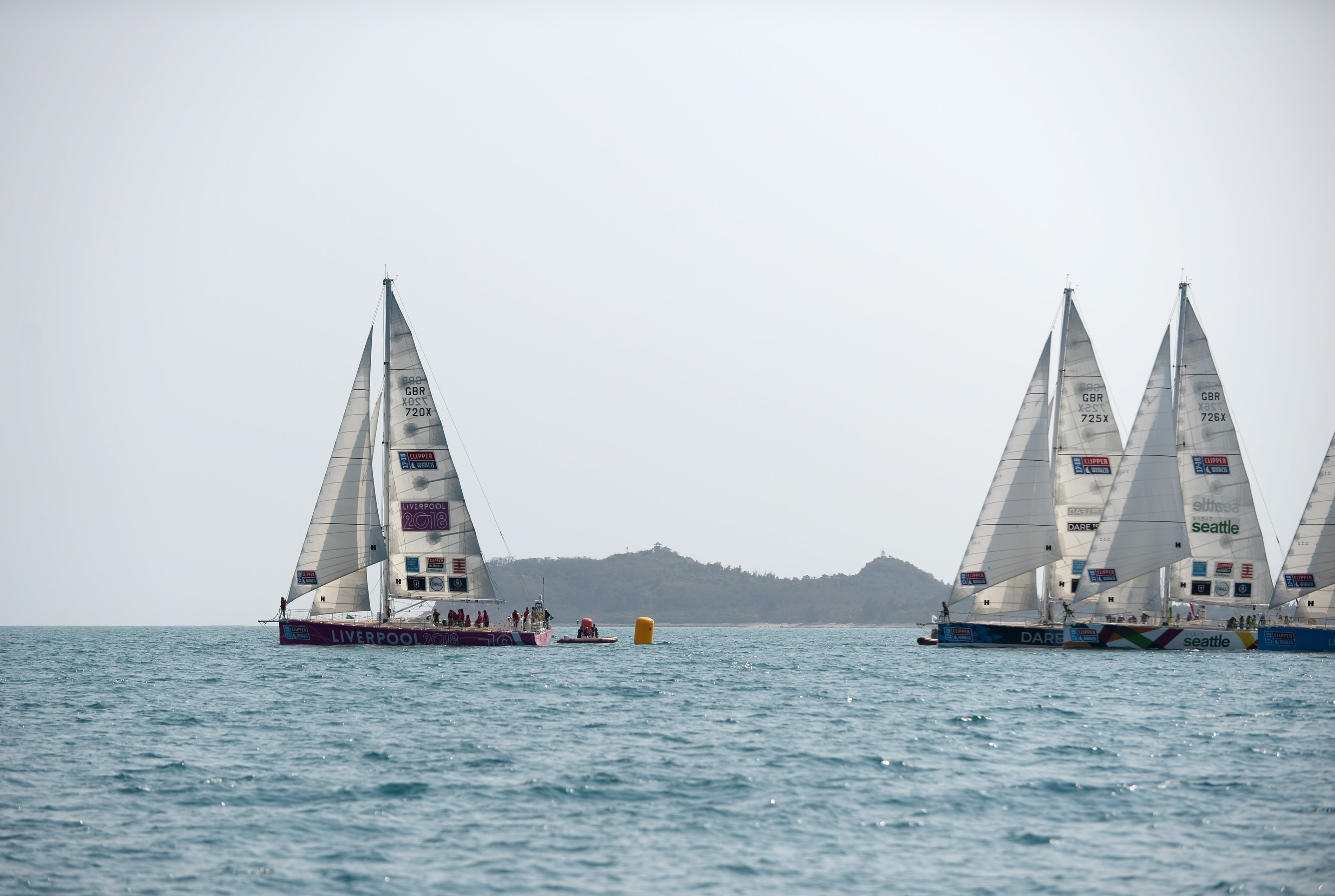 Liverpool 2018 Skipper Lance Shepherd said: “It was very tense and we had a few close moments but got off to a really good start.

“We got right over the line in first position which is what we wanted to do and then it was a matter of holding it which was a little bit testing at times.”

The triangular course was shortened mid-race due to light winds but the conditions didn’t faze Liverpool 2018, who completed the race in one hour, 25 minutes, and 52 seconds.

“It’s brilliant to get a win for Liverpool 2018, long overdue and I hope the start of many,” said Skipper Lance.

“The winds were light but it was a brilliant sail out there on the harbour and to see Sanya from the water was something special.” 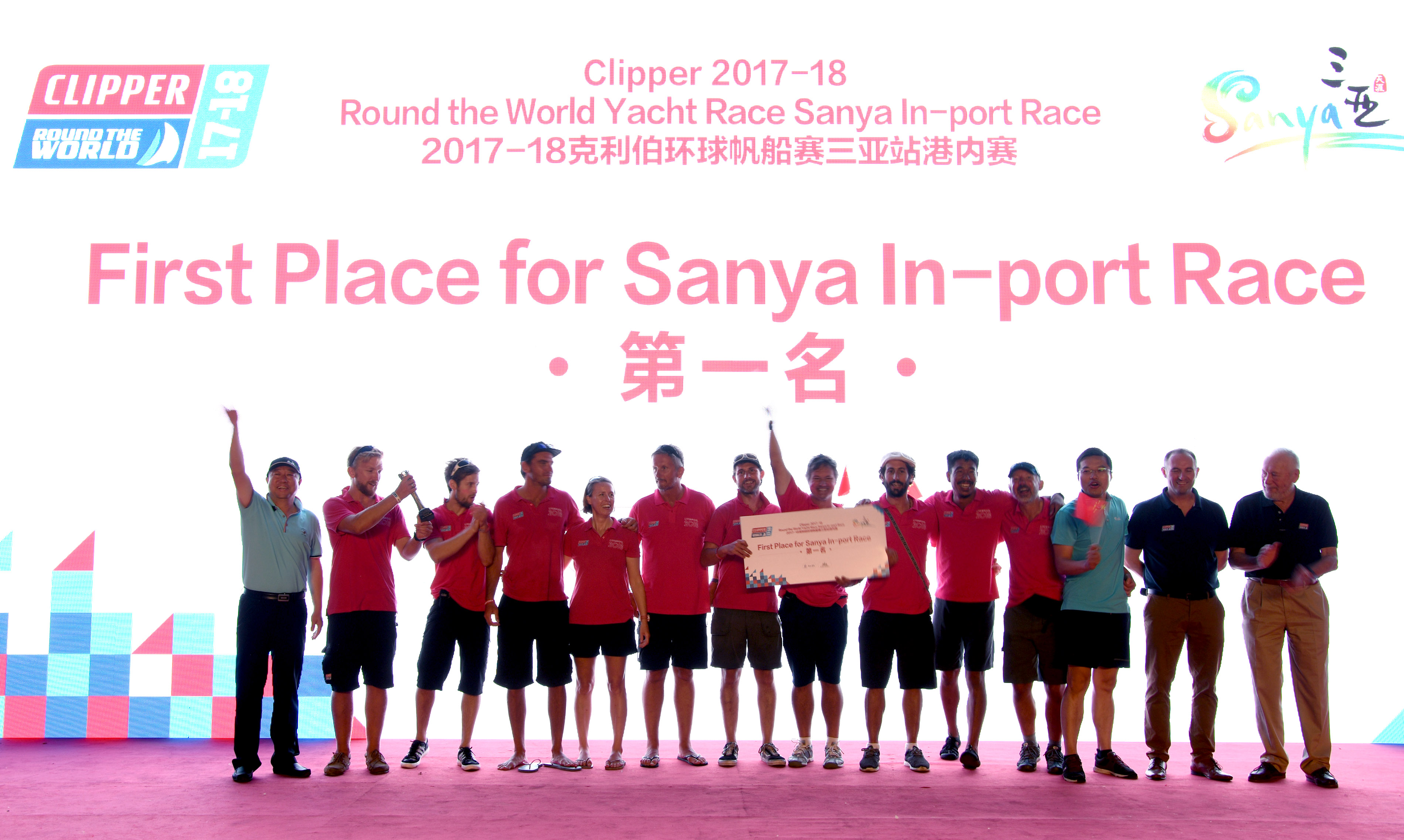 Liverpool 2018 crew member Michael Hale, a 31-year-old Doctor from Liverpool, added: “As a Scouser, it’s just really great to have this brand, Liverpool 2018, and be out here in Sanya in China and show what we can do.

“The team is absolutely buzzing after that win and we can’t wait for the next challenge now.” 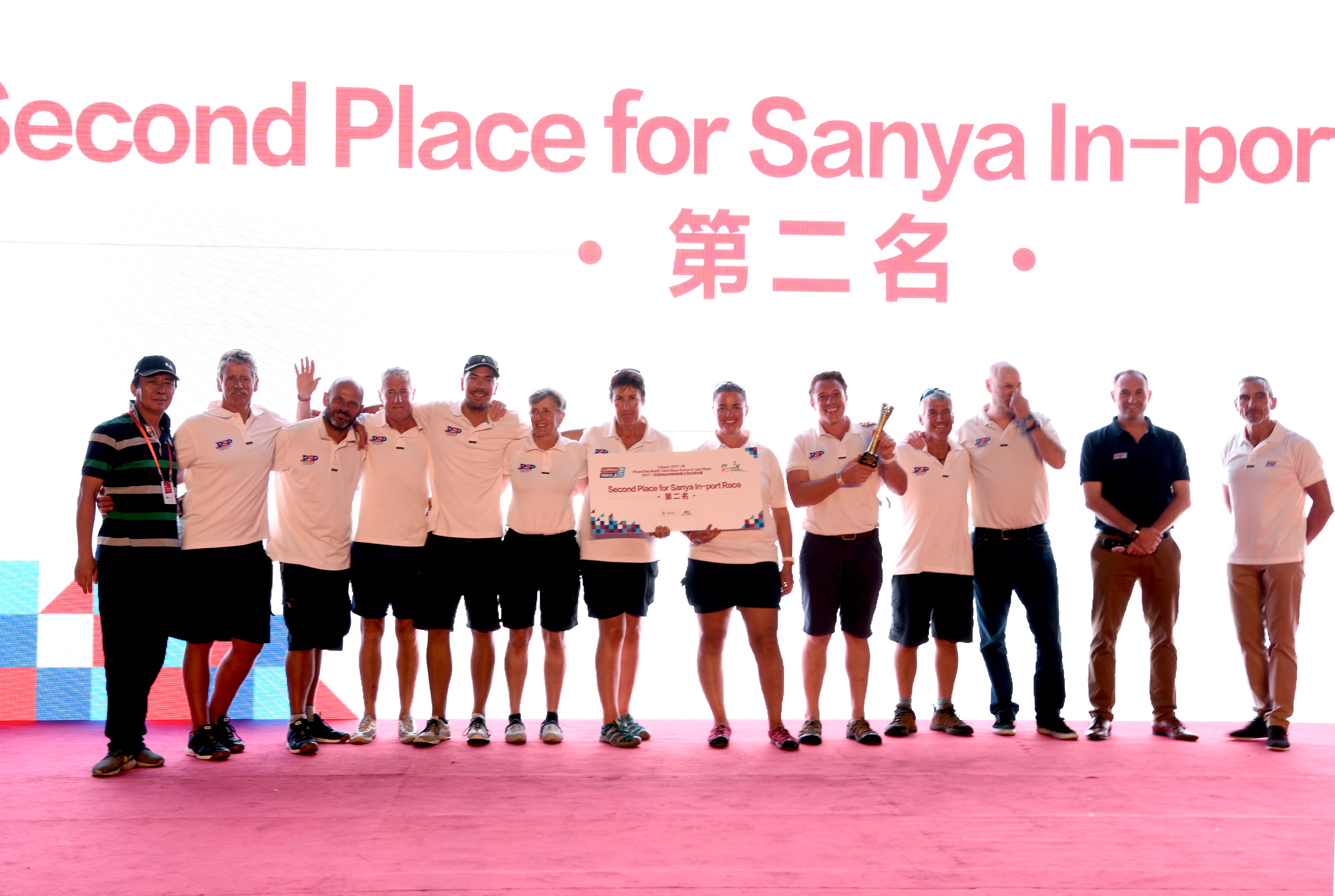 PSP Logistics made a move late in the race to jump from the back of the fleet to second by the final mark. The team crossed the finish line two minutes and 36 seconds behind Liverpool 2018, whilst Nasdaq was third, the team’s first time on the podium.

Following the race, the teams were treated to a Prize Giving Ceremony in the Clipper Race Village, with the top three teams all awarded trophies and plaques for their efforts. 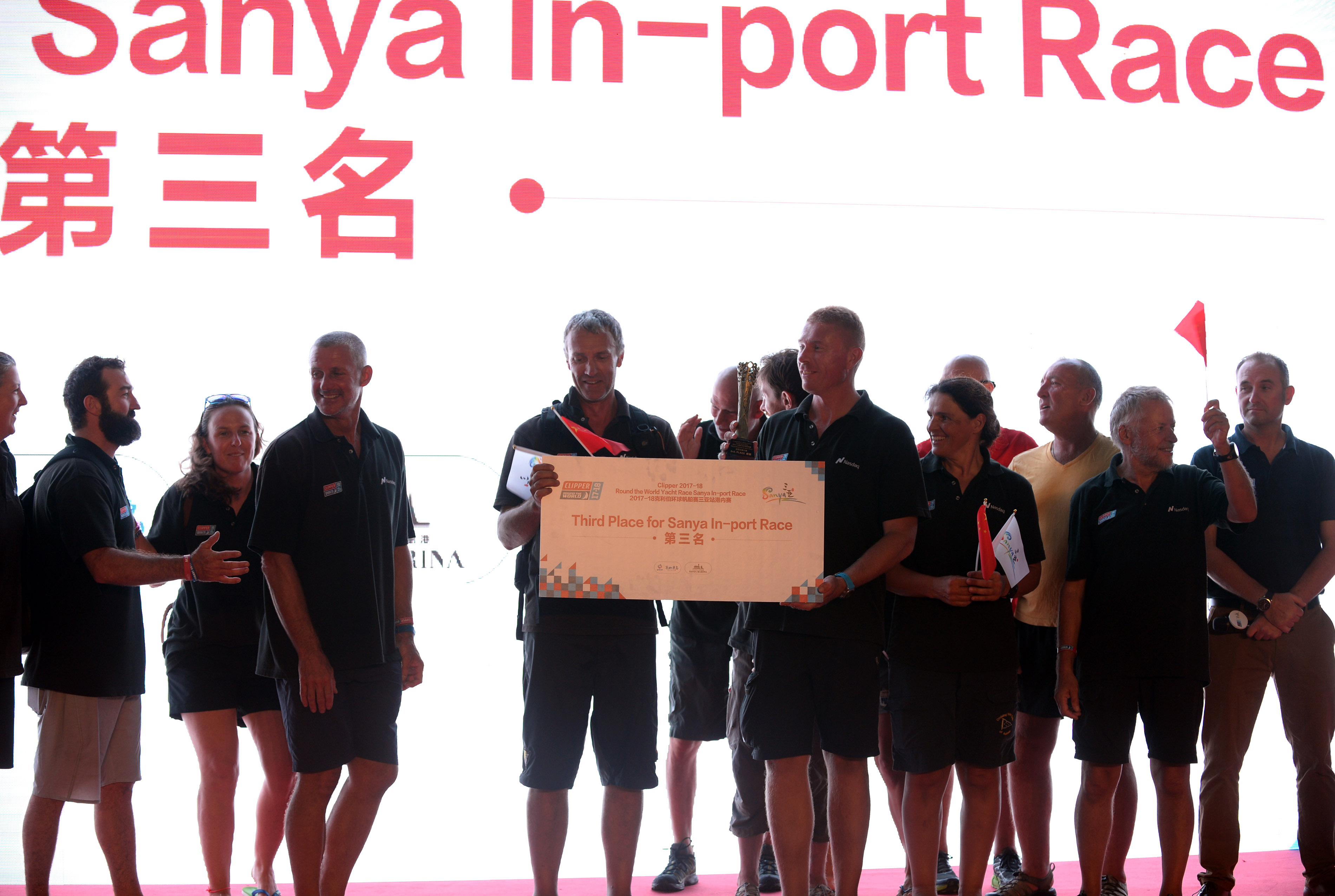 The Clipper Race fleet will remain at the Sanya Serenity Marina until Sunday 4 March when the teams will depart for Race 8, a 1,700 nautical mile race from Sanya to Qingdao in northern China.