When it comes to offering original words of wisdom for the Clipper Race crew ahead of their ocean odyssey, Roy Taylor might just take first prize for his favourite saying:

“You can’t eat an elephant in one sitting, but you can consume it a burger at a time.” It is actually advice that was given to him by his friend and former Clipper Race Skipper Martin Clough, whose adventures inspired Roy to go for the job himself. 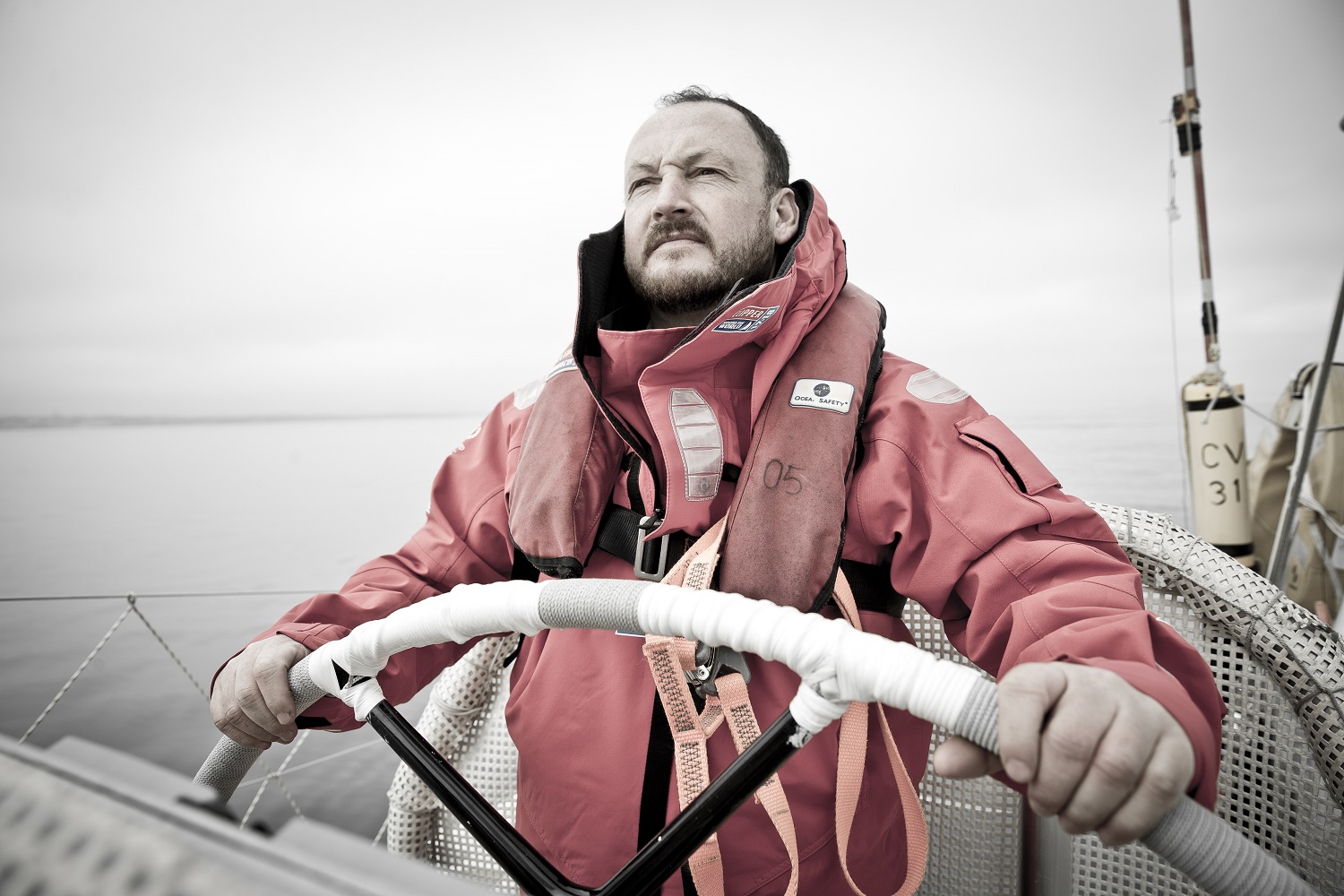 And as one of the twelve Skippers for the Clipper 2017-18 Race, Roy is looking forward to completing the 40,000 nautical mile circumnavigation, or burger as he sees it, one leg at a time.

The 47-year-old from South Yorkshire began his professional life in the Royal Air Force, working firstly as a Weapons Mechanic and then a Weapons Technician. His time with the RAF included several deployments, including serving in an operational theatre in Kuwait, for which he received a General Service Medal (Air Operations Iraq).

Of all the skills he developed during his RAF career, Roy believes the ability to remain calm under pressure, (the by-product of ten years of experience on RAF fast jet squadrons), will come most in handy when faced with all Mother Nature can brew up out at sea.

“You need a great deal of flexibility to meet the challenging, and often changing, flying program,” says Roy.

“The same sort of attitude is needed at sea, especially when in charge of a large, inexperienced crew in some of the toughest conditions on earth.” 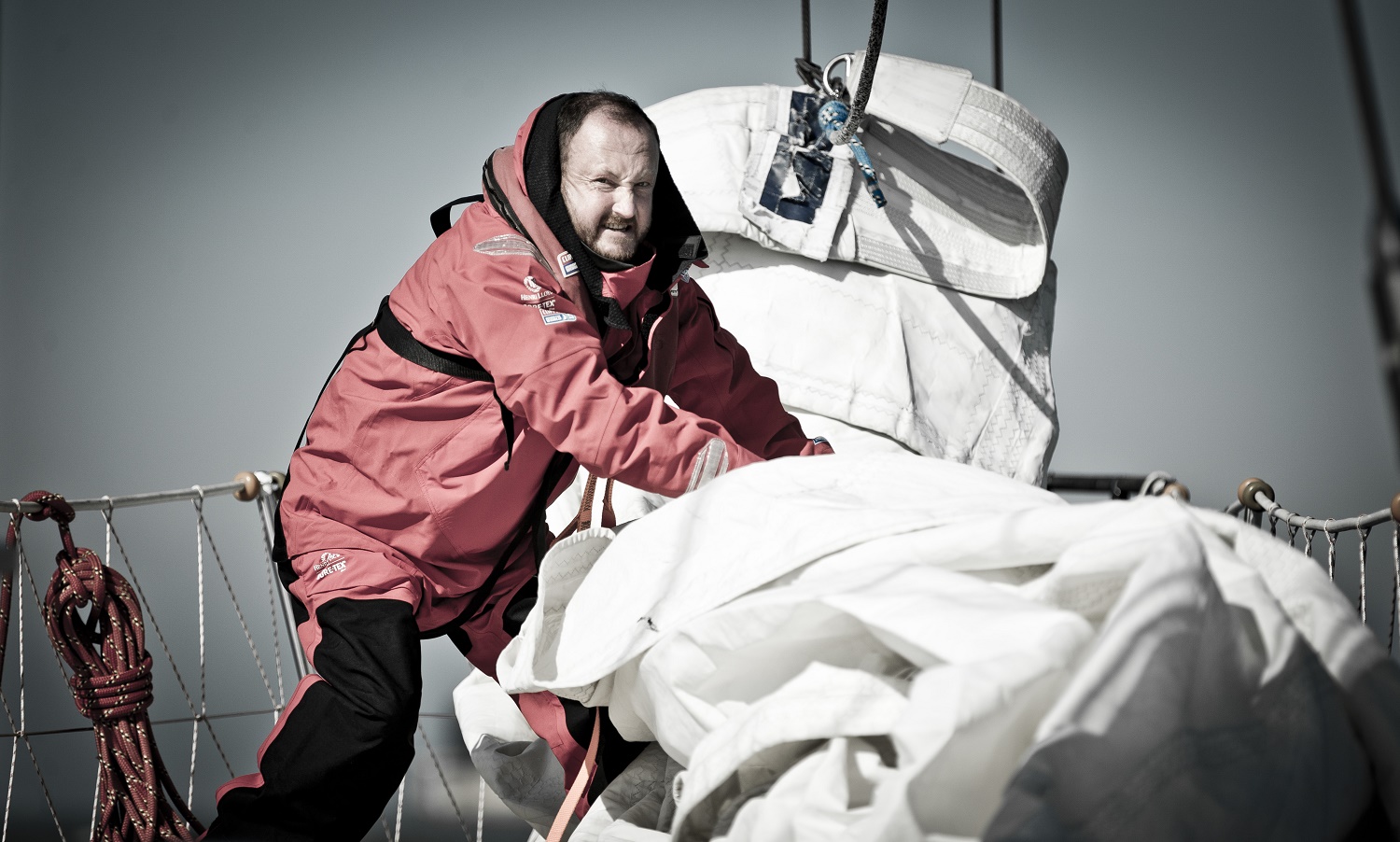 The RAF also nurtured Roy’s love of sailing. In 1998 and 2004, he represented the Royal Air Force in the Exercise Transglobe, a tri-service round the world yacht race.

Since then, Roy has dedicated himself to building up his sailing experience. He has spent the last six years as Sailing Master and relief captain on the Marine Society and Sea Cadets of the United Kingdom’s training brig, TS Royalist, based just round the corner from the Clipper Race training office in Gosport, which trains and teaches teenagers important life skills through six day sailing courses.

“While this is a race, it’s also an exercise in bringing people from different backgrounds together and moulding them into a strong, safe, efficient and competitive team.”

“My experience in putting together 24 young people into a team, identifying strengths and weaknesses, and potential conflicts and tensions on TS Royalist will be invaluable throughout the Clipper Race.”

And his love of the sea isn’t restricted to sailing. If he wasn’t a professional sailor, Roy says he would still enjoy the great outdoors as a dolphin trainer. 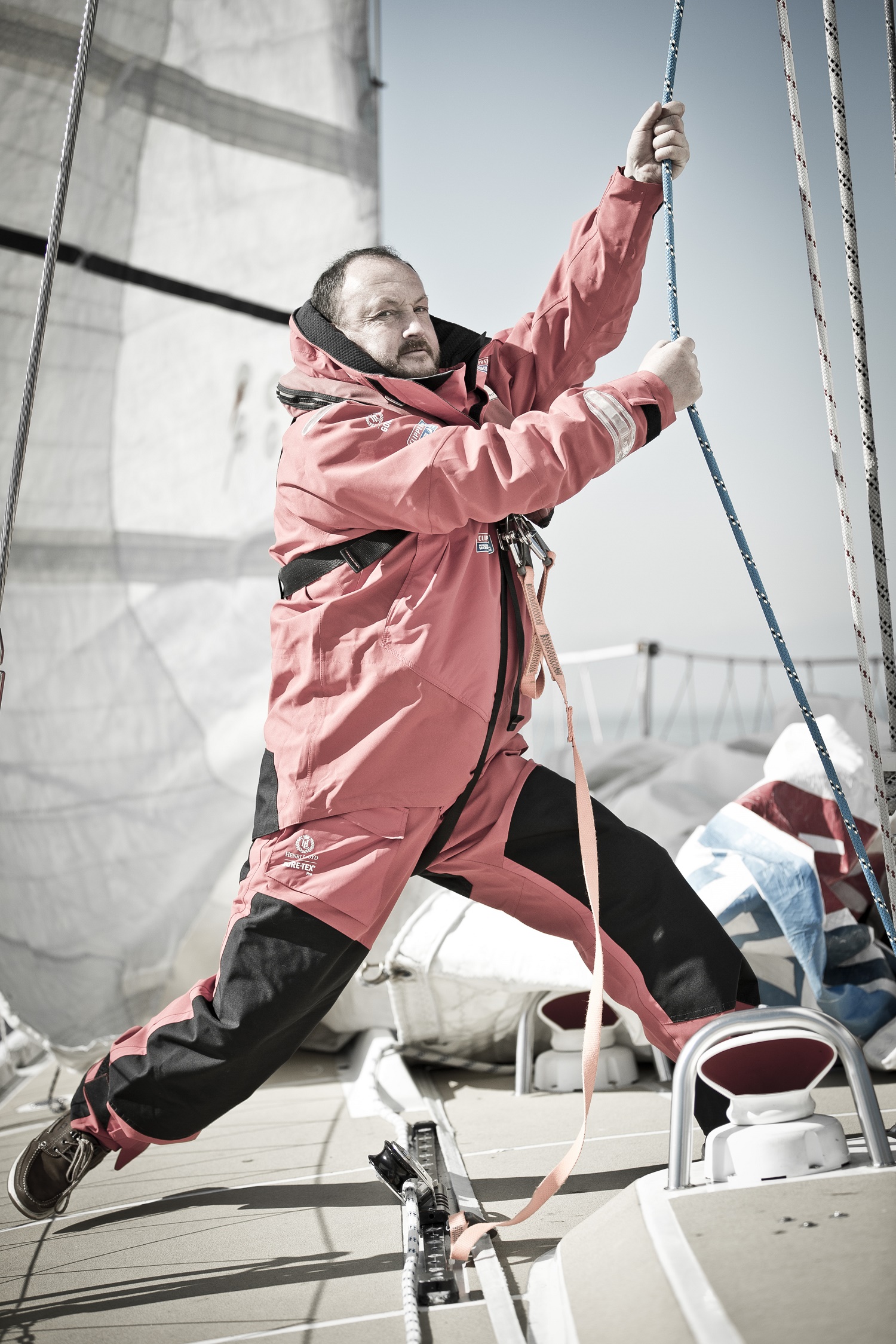 Most overused emoji: What’s an emoji?

Favourite drink: A cold beer after a long passage.

Starting today, we will be introducing each of our twelve Clipper Race Skippers. Look out for Andy Burns' profile tomorrow to discover more about his sailing career, his life motto and which luxuries he would take on the boat.

Following our first group of graduates successfully completing the Clipper Race Coxwain’s Certificate (CRCC) and enjoying a 100 per cent pass rate earlier this month, this week we welcome the second class of CRCC candidates to begin training at Clipper Race HQ in preparation for…