Anne Hough, 61, who is proudly from Guernsey, Channel Islands, had no idea three years ago that she would ever be able to embark on an ocean race. However, when she found out about the Clipper Race and that it would be possible for a non-professional sailor to take part in such an adventure, her eagerness to improve her sailing skills meant she jumped at the chance to get involved. Anne says: “I knew I wanted to learn to sail better and when I found out about the Clipper Race I thought it was astonishing that amateur sailors could do such a race. It’s fantastic – and just such a great opportunity – so that’s why I signed up.” 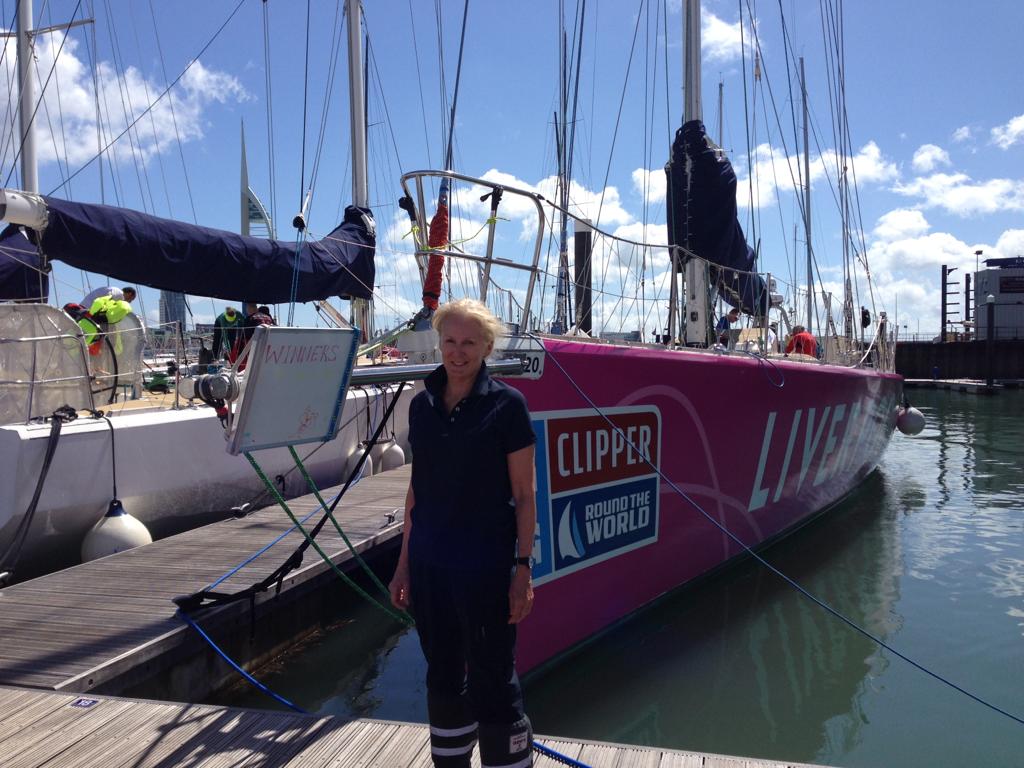 Image: Anne with her team yacht during training in Gosport last year

Unlike some 40 per cent of Clipper Race crew members, who have never sailed before embarking on the four levels of Clipper Race Training, Anne brings some yacht racing experience to the Liverpool 2018 team during Leg 7. She says: I have done quite a lot of racing around the cans and then, in the summer, around Guernsey and to France and back. A friend asked me to crew for Cowes Week which I did and that was amazing, so my experience comes from that kind of thing. We also have a RIB so we use that to get out on the water, too.”

Anne has enjoyed sailing since moving to the Guernsey ten years ago for her husband’s job, but her passion for the outdoors stems further back. She explains: “It is actually horse riding that is in my veins. When we moved to Guernsey ten years ago, there wasn’t riding on the island apart from show jumping and dressage and lots of competitions but not really general riding. So, I took up sailing! 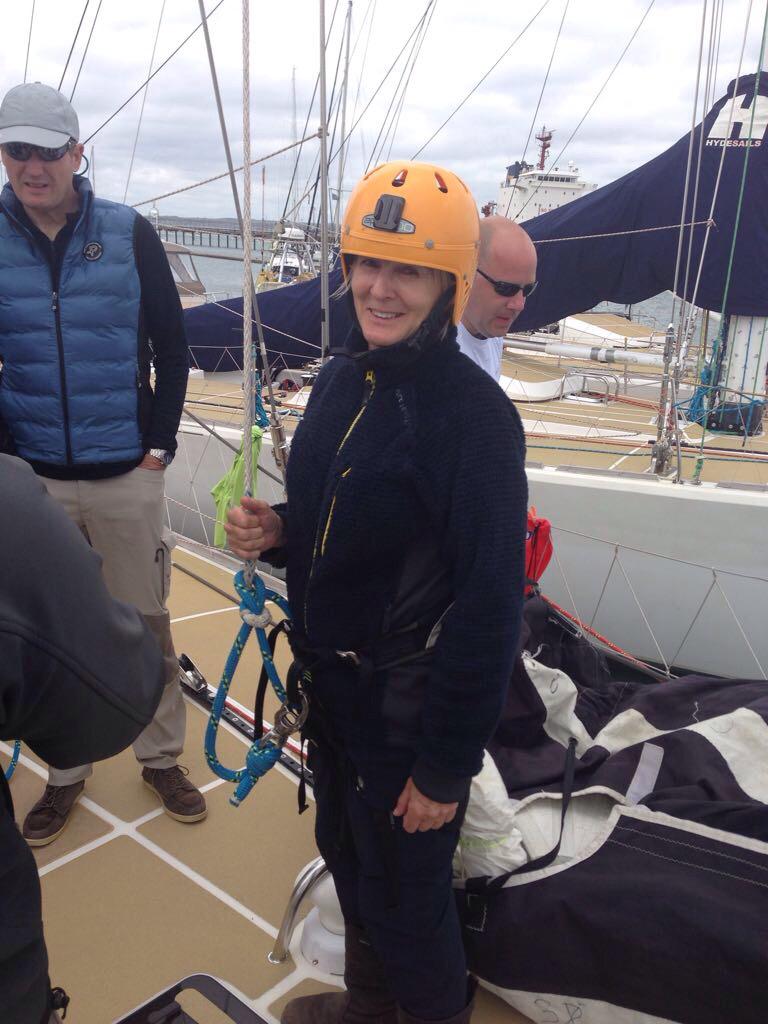 When asked about why she chose Leg 7, Anne said: “Well, I hate the cold and I didn’t want to spend the whole time being freezing cold on a boat, so Leg 7 appealed as its one of the warmer legs you can do and the real draws were the Panama Canal and sailing into New York which will be amazing, so it had to be Leg 7.

“My adventure has been looming ahead of me for such a long time and I’m excited for it to finally be here!” 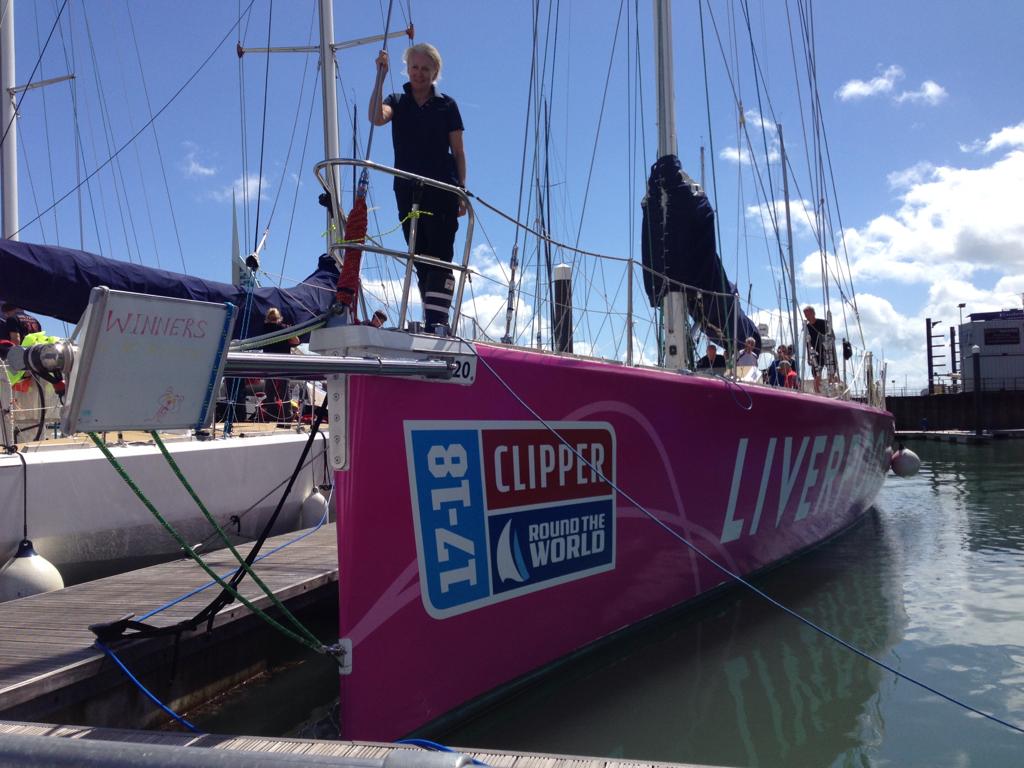 Whilst lots of Anne’s friends sail, and therefore understand her motives to be taking part in such a challenge, Anne says: “I think some of my friends are a bit bemused by anyone, not just myself, who would put themselves up for the living conditions on board a Clipper70! But I think it’s great!”

Anne arrived in Seattle, USA, where she joined the Liverpool 2018 team, five days prior to the yacht work beginning. During that time, she enjoyed experiencing all that the Emerald City has to offer.

However, it is Guernsey that has a hold on Anne’s heart and she will be looking forward to returning to the Channel Island after she spends some time in New York in June but not before convincing her teammates to pay the Island a visit. She says: “My husband and I are so lucky to live in Guernsey, where we have been now for ten years. It is so beautiful and the people are just wonderful. The sailing is great, the food is great, the beaches are amazing. I think everyone should come and visit Guernsey, or even move there!”

Inspired by Anne’s story? Join the race via the button below and you could be following in Anne’s footsteps during the Clipper 2019-20 Race.