31-year-old Dmitry Papulin, the only Russian to be circumnavigating during the Clipper 2017-18 Race, is having the time of his life after spending the last seven years dreaming about his adventure.

He explains: “It was in May 2011, on a sailing holiday when I first heard about the Clipper Race. I was hoping (the holiday) would be lots of sailing and partying but it was really more just partying. I was talking to the Skipper as I was keen to do some more yacht training and he suggested that I should look into the Clipper Race.

“I looked there and then and decided to sign up with the intention of doing the circumnavigation during the 2015-16 Race. I was hoping for a promotion at work so I could save up the money but unfortunately that didn’t happen at that time but eventually it did. I had two promotions in fact before I left to start the 2017-18 edition.” 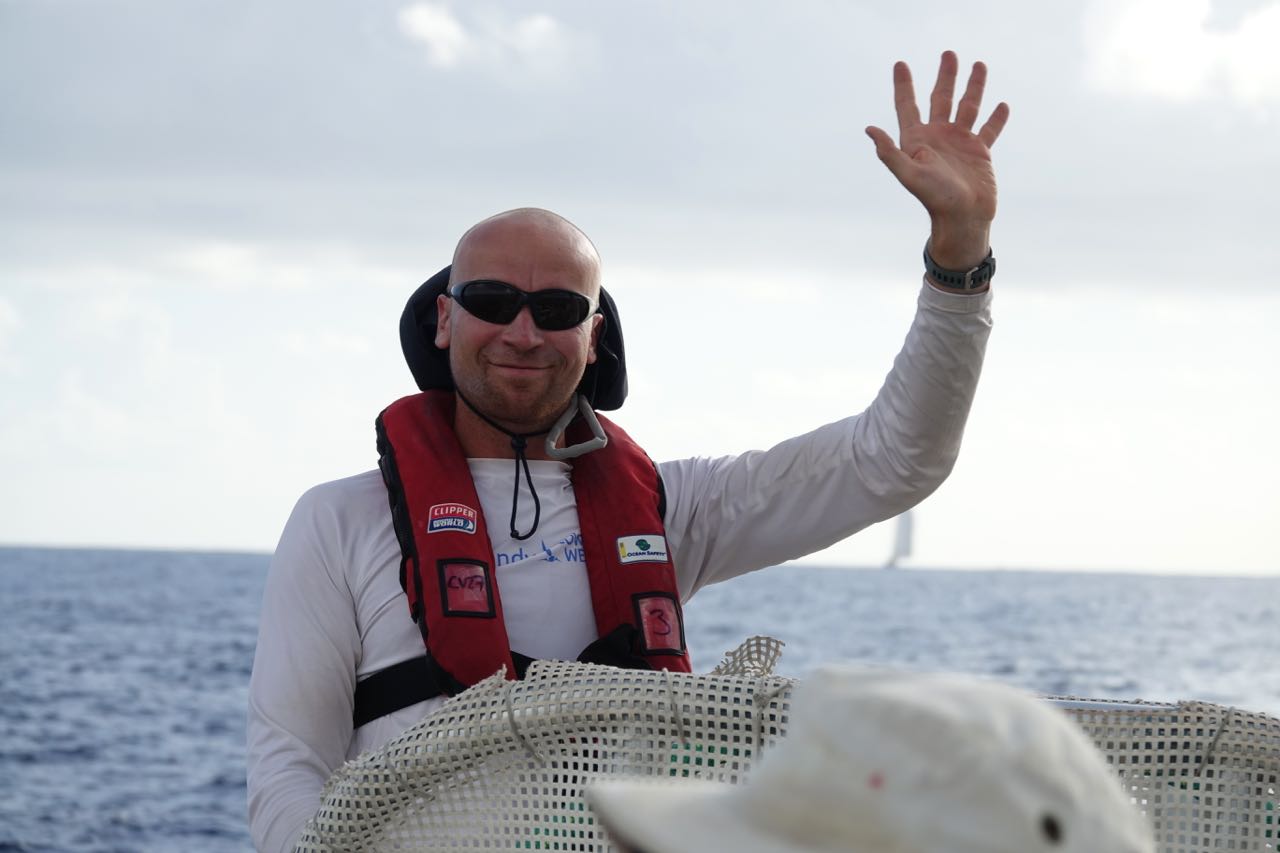 Image: Dmitry on the helm near the equator, taken by Ming on board team yacht Sanya Serenity Coast

Dmitry, a Management Consultant based in Dubai, UAE, has spent the last eight months racing around the globe on board debut team entry, Sanya Serenity Coast, but is no stranger to travel. He says: “I have worked all over the Middle East, Russia, UK, Australia and New Zealand. Until Sydney, the only new place out of all the stops for me was Punta del Este in Uruguay. But it was really cool coming back into cities that I’ve been to before.”

“It was actually quite a sad time for me to leave my job because I really enjoyed it but I’m working just as hard sailing these yachts so I’ve not had a moment to miss it too much.”

Prior to signing up, Dmitry’s yacht racing experience came largely in the form of his workplace annual regatta. He explains: “We have a work regatta between different offices every year and it’s actually pretty competitive! The French office is really good – they had an Olympic silver medallist so it was a strong competition.”

Although not new to sailing, nor a first-time visitor to many of the Clipper Race Host Ports, Dmitry has enjoyed many other new experiences during his race, which include taking on the role of the Victualler for the team, overseeing the provision of food and other goods to meet the nutritional needs, and ensure the health and wellbeing of the crew. 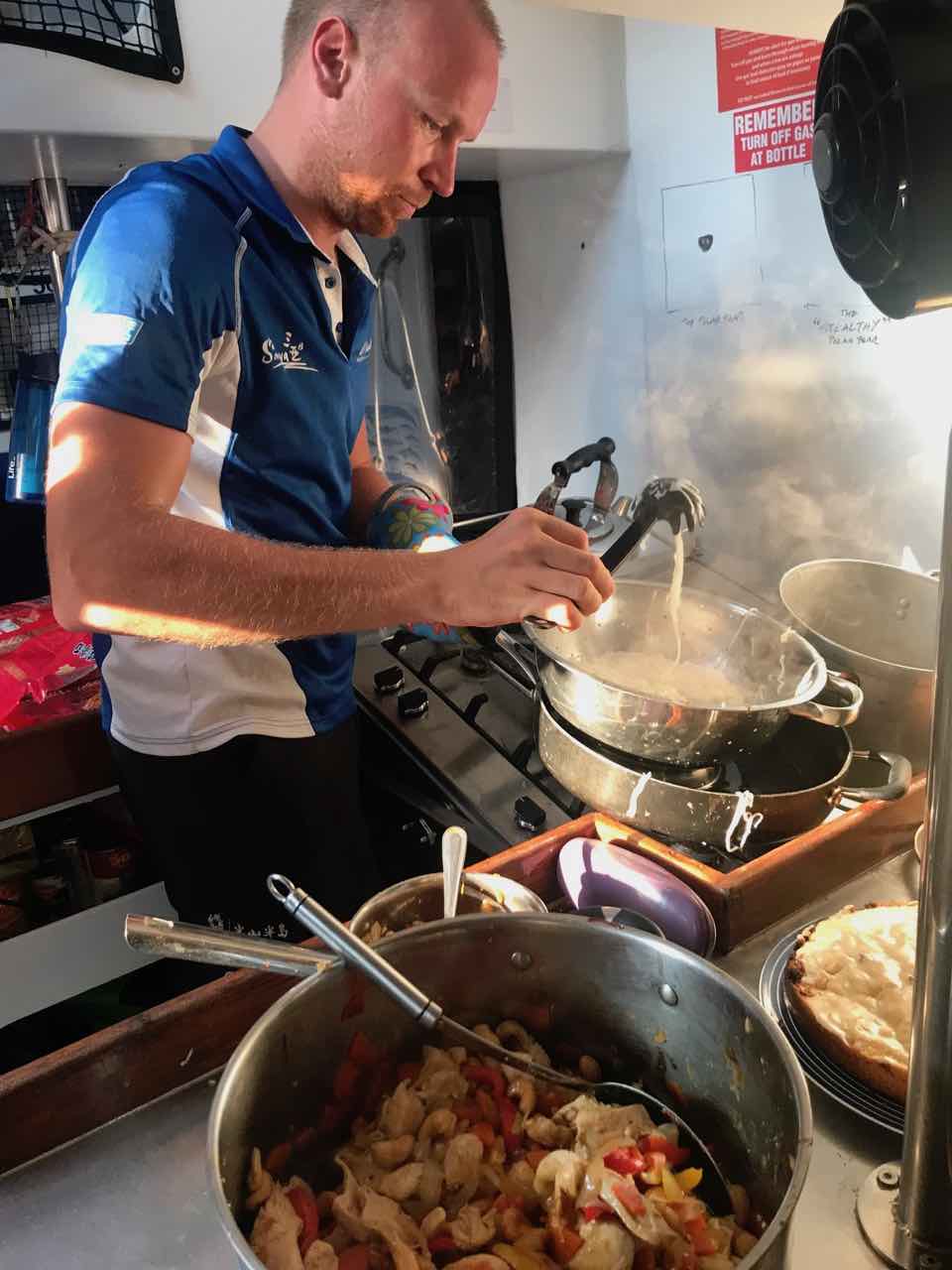 On his best moments so far, he commented: “I had never been to China and the team home port of Sanya was amazing! They made such a big deal out of the Clipper Race and there were some amazing shows.

“There are several favourite sailing times come to mind. Really happy moments which are mostly our wins! Being the first over the line, especially during the first race, was really emotional. Coming first into Sydney was just amazing. And being first across the line in Hobart was incredible – event though we seem to be the primary victim of redress!”

The Sanya Serenity Coast team has fallen victim to redress (time awarded on appeal to the Clipper Race Committee, normally for any diversions) on a number of occasions since leaving Liverpool in August last year. The team were subject to redress time in Punta del Este, Uruguay, and into Hobart during Leg 5. Speaking on how this has affected team morale, he adds: “There is a couple of aspects; one is that despite any redress, nothing can take away from the moment when you cross the line in first place, so that’s not going anywhere, but then you feel a bit down because you either didn’t get the pennant or you lost a couple of points.”

Having already sailed some 30,000 nautical miles in the race so far (nm), Dmitry has a wealth of experience in sailing Clipper 70s under his belt. After completing the recent Race 9, which formed the Mighty Pacific Leg 6, Dmitry said: “It was the most exciting and toughest race so far. We were joking that this was the race that first would never start - we had a wind hole for a week; then it turned to a race that would not give us a break - non-stop strong winds for two and a half weeks; then it turned to a race that would never finish - another wind hole for the last few days all the way to the finish line!” 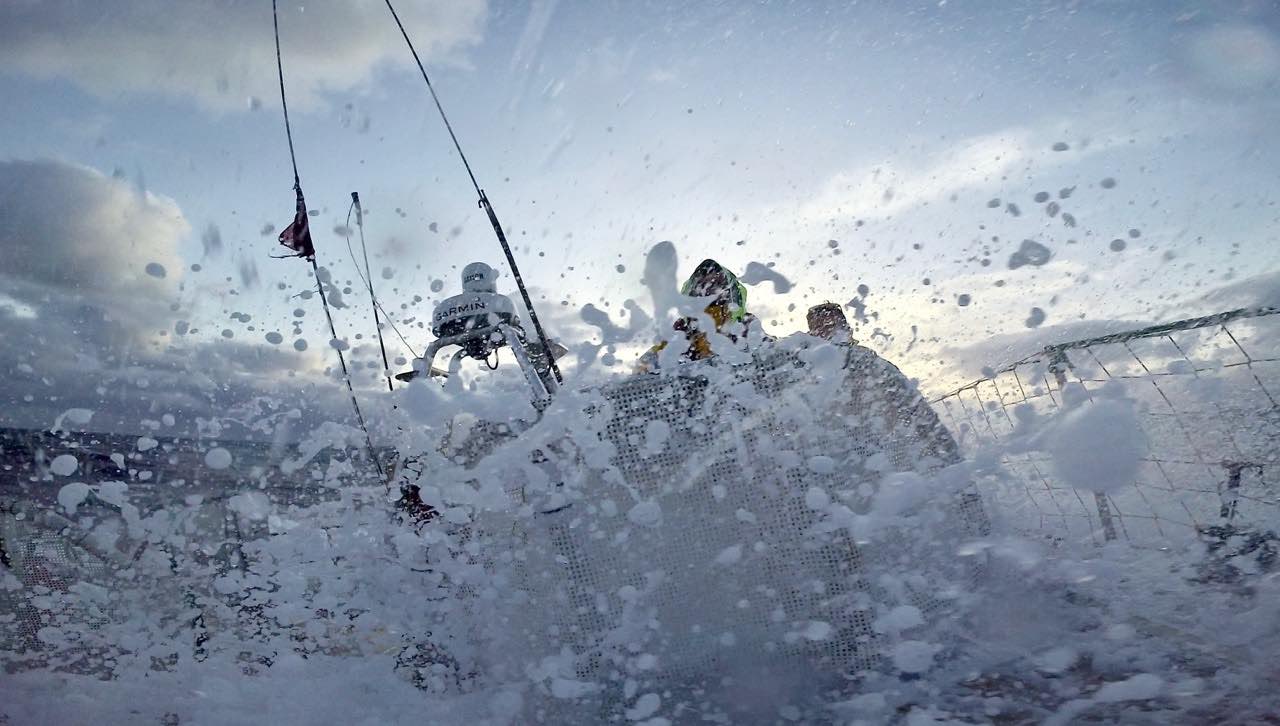 Conditions on board Sanya Serenity Coast during Race 9

He adds: “The first week was really warm with very light wind and a sea state so calm that water was as flat as in the doldrums - not even ripples could be seen. Then, after we rounded the southern tip of Japan, temperatures plummeted, the wind gradually picked up and we got our share of hurricane force winds and Phenomenal sea states of over 14m in height.

“It’s mesmerising what you see and very hard to describe what it feels like being there. I can only agree with how Dale (Dare to Lead skipper) put it “These wild ocean vistas get tattooed on your soul.”

“It was the ultimate playground for us - nothing can compare to surfing those waves and my heart rate went up from normal to 150 beats per minute in just a matter of couple seconds because of how steeply the boat would surf down them.

“Finding that fine balance between pushing hard, but not so hard that things go out of control and you crash and burn. Crew judgement, skill and teamwork are key for this. What I find is that people get used to all the hardships very quickly so during the race even the most extreme moments seem normal.” 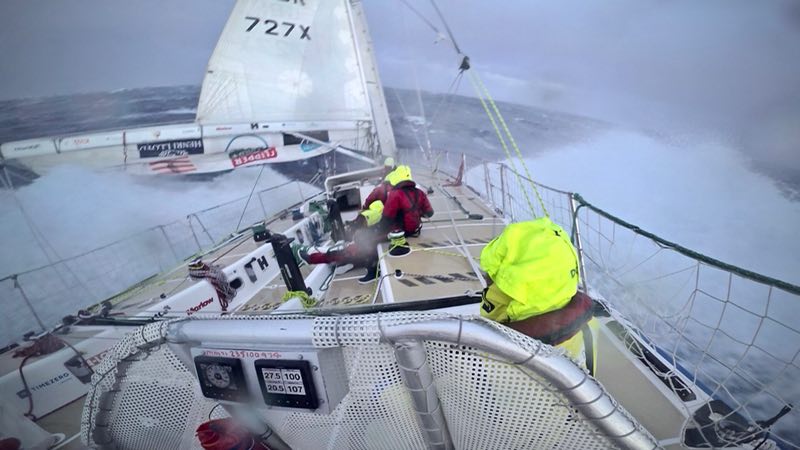 Image: Dmitry's view whilst helming across the North Pacific Ocean

Although ‘The Big One’ has been ticked off, the pressure still remains firmly on for Dmitry and his Sanya Serenity Coast teammates, who are putting pressure on themselves to perform. He says: “On Sanya we do put ourselves under a lot of pressure to perform well because we want to keep our lead in the overall standing.”

And although he has embarked on the penultimate Leg of the race, the finish in Liverpool on 28 July seems a while off yet. He comments: “The major chunk of the race is behind us now. The whole routine of sailing and our stopover work has become so natural to us. Fatigue certainly accumulated over the last eight months but going back to shore-based life will be quite a change when we get to Liverpool!”

Inspired by Dmitry’s tales from the oceans? We’re already training crew for the 2019-20 edition of the race. If you think you’re tough enough to take on the world’s oceans, click the button below to find out more.