This time two years ago, 23-year old Boitumelo ‘Charlotte’ Malia, from South Africa, an ambassador for the Rainbow Foundation, had just raced into Seattle on the exact same route as current crew have just completed, on board Ichorcoal.

The Rainbow Foundation, which is looked after by Dare To Lead, was founded by Dirk Van Daele, who took part in the Clipper 2009-10 Race, in order to provide young South Africans from challenging backgrounds with the opportunity to learn how to sail in order to learn life-changing leadership and personal skills. It also helped raise awareness and funding for innovative research into the long-term effects of HIV treatment by the Ndlovu Care Group in Limpopo, SA, where one in five of the population is infected by the virus.

An orphan who lost her parents when she was a child, Charlotte fully embraced the opportunity of racing across one of the most challenging oceans in the world, and two years later she is sharing her personal development story which she credits to her experiences on the Clipper Race.

She says: “I would like to take this opportunity to thank the Ndlovu Care group and the Rainbow Foundation for giving me the opportunity to take part in the Clipper 2015-16 Round the World Yacht Race.

“The organisation has changed my life. They assisted me in re-writing my metric where I had failed it five times before and they assisted me in studying in the Health department where I took my basic Ambulance Assistant (course). I was so excited to register with the Health Professional Council of South Africa and I’m now a professional.” 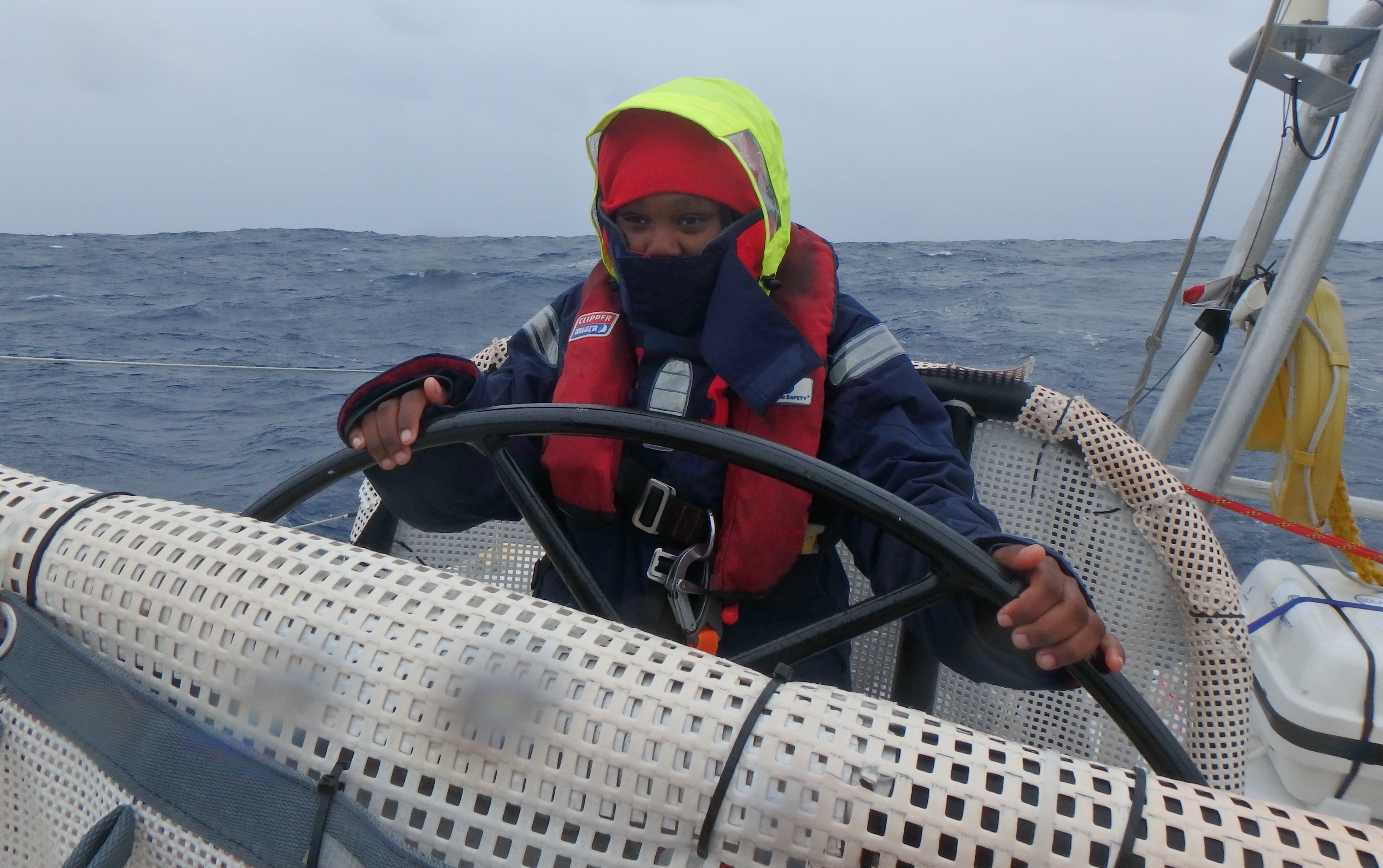 Charlotte went to stay with extended family after losing both my parents but was mistreated there and aged 11 she decided to move back into her mother’s house because she also didn’t want the house to go to ruin. She found out about a programme called OVC (Orphans and Vulnerable Children) where school kids go to do their homework and play and that’s when she was introduced to the team from Ndlovu Care Group, where she also joined their choir.

Charlotte adds: “I’d like to thank Mr Dirk Van Daele and Dr Hugo Tempelman for giving me such an opportunity. I’m now working in one of the private hospitals in Pretoria in the emergency department, where I see every patient that comes in before they can be examined by any sister or doctor. I’m very excited and I’m looking forward to going back to my community to tell young people that giving up is not an option.”

Dirk Van Daele praised Charlotte’s journey and growth in confidence and ambition, saying: “There is a need to aspire to do more and the women of South Africa are driving change in the country. Charlotte represents a shining example, not only of perseverance, but also of the inspiration and opportunities that taking part in the Clipper Race provides to young people.

“Taking part in such a tough challenge, learning new skills and working so closely with people from all different cultures and backgrounds whilst growing in personal confidence provides powerful life lessons which our ambassadors take home with them and put to positive personal effect.”

Now in its third programme, Dare To Lead continues to offer life-changing opportunities for young people to go beyond South Africa, using the experience of competing in the Clipper Race to develop leadership skills.

Nqoba Mswazi who was an ambassador crew member in the Clipper 2013-14 Race and returned to take part in the first two legs of the current Clipper Race on board Dare To Lead, sailing back to South Africa from Liverpool via Punta Del Este, Uruguay. 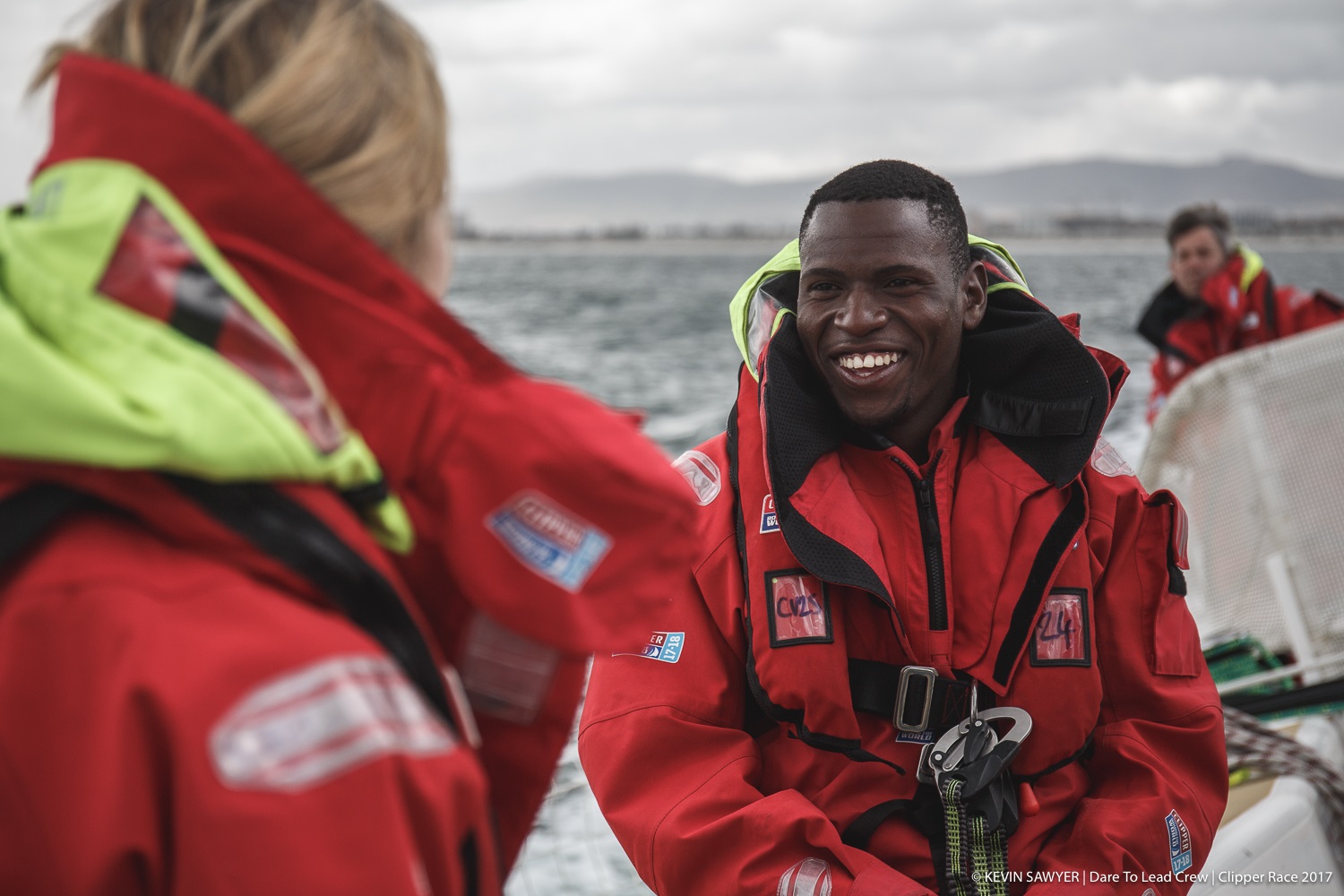 Over the past four years, Nqoba has not only matured as a person, but has also found his true calling in life. He is now a fully-fledged skipper and works for 2 Oceans Maritime Academy in Cape Town. Nqoba returned to take part in the first two legs of the current Clipper Race on board Dare To Lead and then re-joined the race in Australia and will complete the rest of the circumnavigation as one of the race’s additionally qualified crew, furthering his career goals of becoming a professional sailor. He aspires to be the Clipper Race’s first black race Skipper.

David Marige Moroko, 26 also known as Sello, joined the Dare To Lead team in Cape Town and sailed through the Southern Ocean to Fremantle, Sydney, Hobart and the Whitsundays, Australia.

Raised by a single mother, Sello lost his father at the age of six and soon had to take care of his little brother, while continuing his schooling, when his mother had to take a job out of town. Determined to change his life for the better, he opened a Barber Shop in his village and now employs two young boys. He also joined the Ndlovu Care Group in 2014, who trained him as a fitness instructor and has also now travelled around the world training and sailing on the Clipper Race learning about team work and leadership. 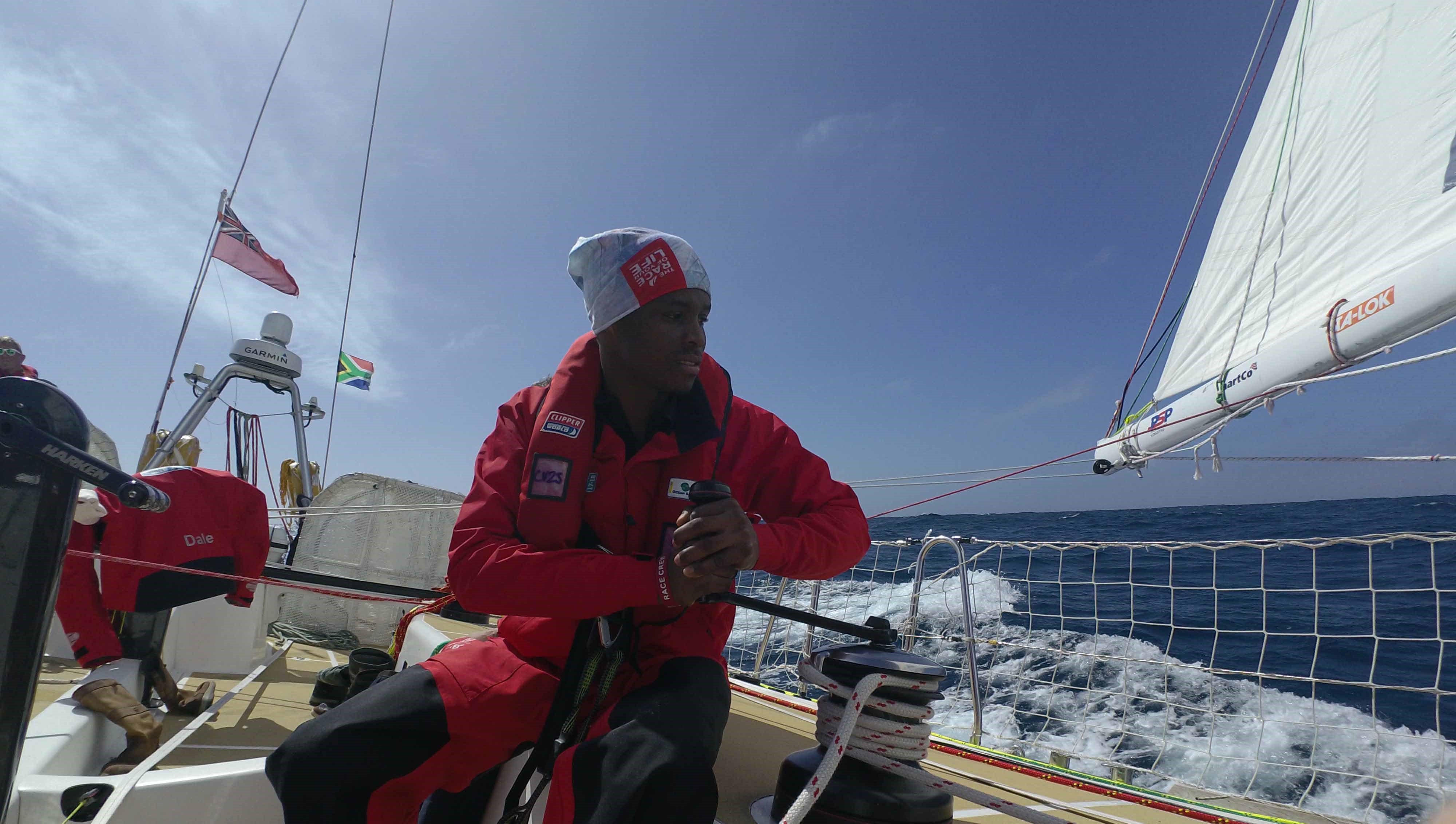 Dare To Lead now aims to widen its successful programme from South Africa to provide similar opportunity for underprivileged black youngsters in the USA, once again with the full support of Dr Hugo Tempelman of Ndlovu Care Group.


Click here to read more about Dare To Lead.