With crew changeover taking place today, a fresh batch of leggers have just touched down in Cape Town, eager to join their teams for the third race of the 2017-18 edition: The Southern Ocean Leg.

Crew changeover is a significant milestone in a crew member’s the Clipper Race journey, and one that Jan Banfield has been looking forward to since a chance encounter with Clipper Race Founder and Chairman Sir Robin Knox-Johnston, CEO William Ward and Head of Communications Julia Fry at Hong Kong airport 18 months ago. 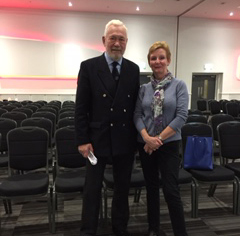 Speaking about the chance meeting, Jan says: “William was sitting next to me at the airport and I just sort of nudged him and said ‘can I just let you know that’s Sir Robin Knox-Johnston over there!’ and he just said ‘yes I know, I am William Ward’.

“I just felt like a complete idiot but was so very excited to meet them and find out more about the Clipper Race. Basically Sir Robin just talked me into it.”

Like some 40 per cent of crew members, Jan had no sailing experience prior to signing up to the Clipper Race. She explains: “I had never sailed in my life. I have always been very sporty and enjoy a bit of a challenge.

“After meeting Robin, William and Julia, I came home but couldn’t sleep. I dreamt about the Clipper Race every night, read about it, kept dreaming about it. My poor husband, Wilf, got so fed up he said ‘just do it!’. So, I signed up.

“My 40th wedding anniversary present was effectively to do the Southern Ocean Leg 3 of the Clipper Race. Some people get rubies, I have none of that. But this is going to be the trip of a lifetime!” 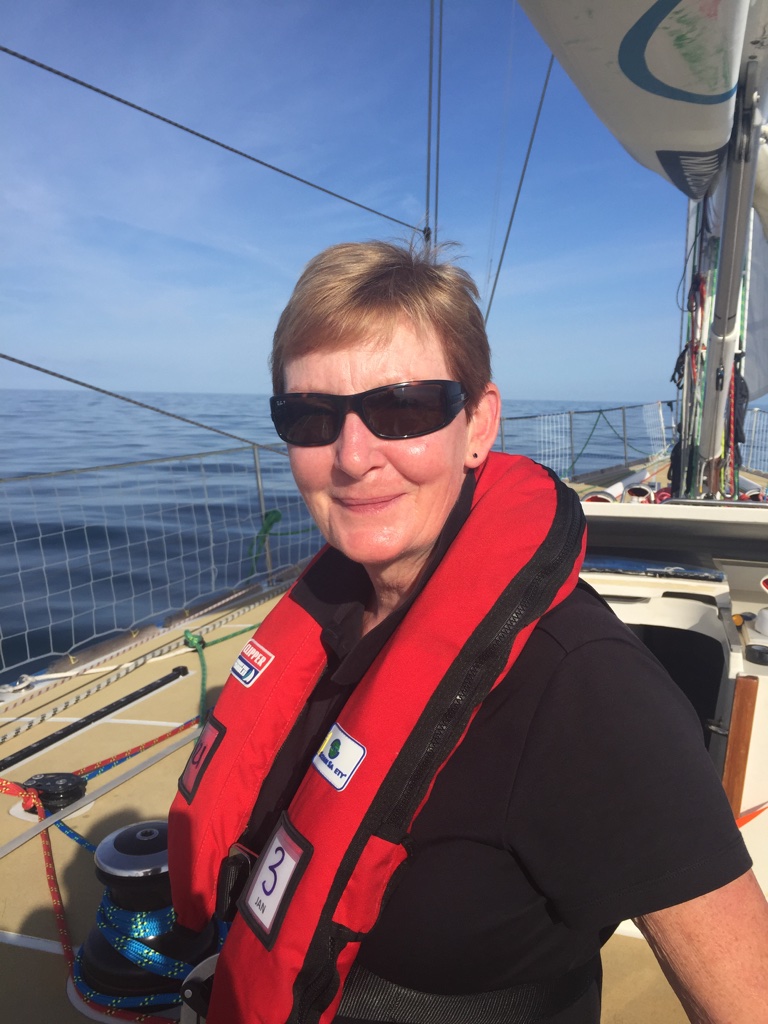 Despite being new to sailing, Jan is no stranger to challenges and has completed no less than 18 marathons and the Cape to Cape in Australia. However the Clipper Race is a new challenge entirely for the 62-year-old retired Nurse from Lewes. Jan says: “It has completely taken over my life for the last 18 months, but in a really good way. I have met fantastic people, I feel alive, revitalised, rebooted… fantastic!”

In order to prepare for her ocean adventure, Jan took part in the four levels of Clipper Race training. She fondly recalls the experience of meeting people from all walks of life, commenting: “It’s humbling actually, to get so close to people that they trust you and tell you such significant things that have happened in their lives.”

And when it comes to her fellow Unicef crew mates, Jan could not be happier to jump on board with them. She adds: “The Unicef crew is just full of really nice people. They are so supportive, non-judgemental, and if you get something wrong, they don’t tell you off. Everybody just says, ‘right, let’s give you a hand’, and everyone has different skills.

It’s that teamwork that Jan is most looking forward to about her upcoming Clipper Race, saying: “I can wait to just to work with the crew, to have that real sense of teamwork, and to feel like I’ve been useful whilst doing something pretty amazing.”

But for Jan there is an even greater incentive to get to Fremantle as quickly as possible, and that is to see her son and daughter-in-law, who live in the city. Jan explains: “We knew the fleet was going to be going to Western Australia, but we didn’t know when I signed up that it was going to be Fremantle so it all has fallen into place. Just the whole thing feels like it’s meant to be.

“My son thinks it’s a bit extreme, but he is very proud of me.”

When it comes to last minute advice, Jan recalls her conversation with Sir Robin, saying: “I just keep saying it’s a huge adventure and he replied, ‘so far’.” 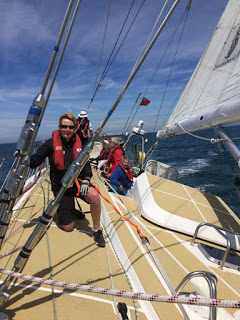