Gerry, 52 from Hamilton in New Zealand, never pictured herself as an ocean racer. But after a year watching husband Greg complete his own 40,000 nautical mile adventure in the Clipper 2017-18 Race, Gerry just knew it was a challenge she had to take on for herself. 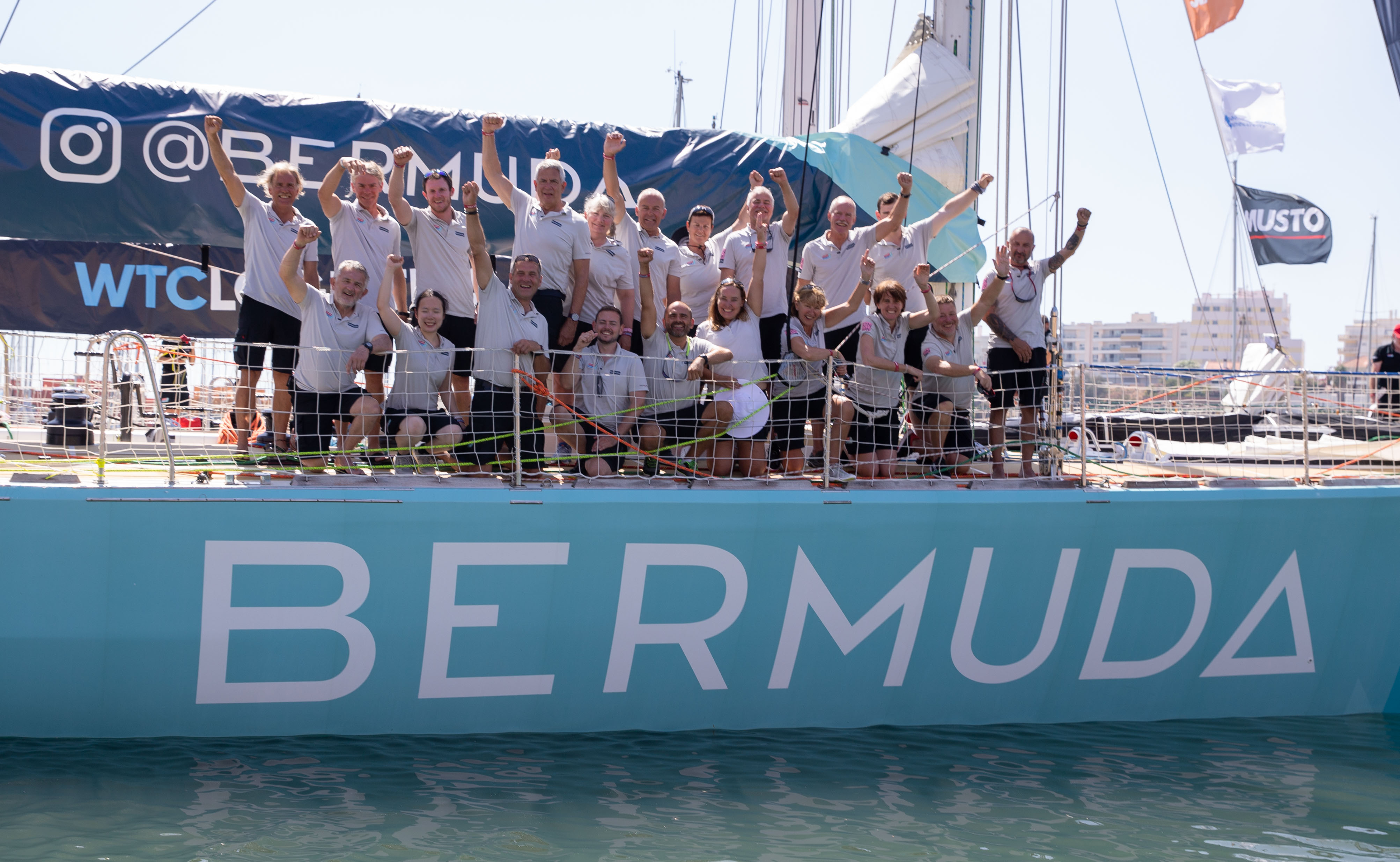 “So, three years ago my husband Greg floated the idea that he wanted to sail around the world on these boats and so we started to look into it. I then found myself standing on the dock in Liverpool about 15 months later after he had finished all his training, waved goodbye to him for eleven months and thought I was going to go to three of the ports that was the plan. But I got to Cape Town, threw in my job, and I ended up going to nine of the eleven ports and absolutely loved it. It was a great experience and so here I am.

“It’s very much a role reversal but so far he is doing pretty good in the supporter role. The laundry bit is getting there but other than that he’s been really, really good. It does feel funny. I have to pinch myself and tell myself it’s not Greg on the boat, it’s me.” 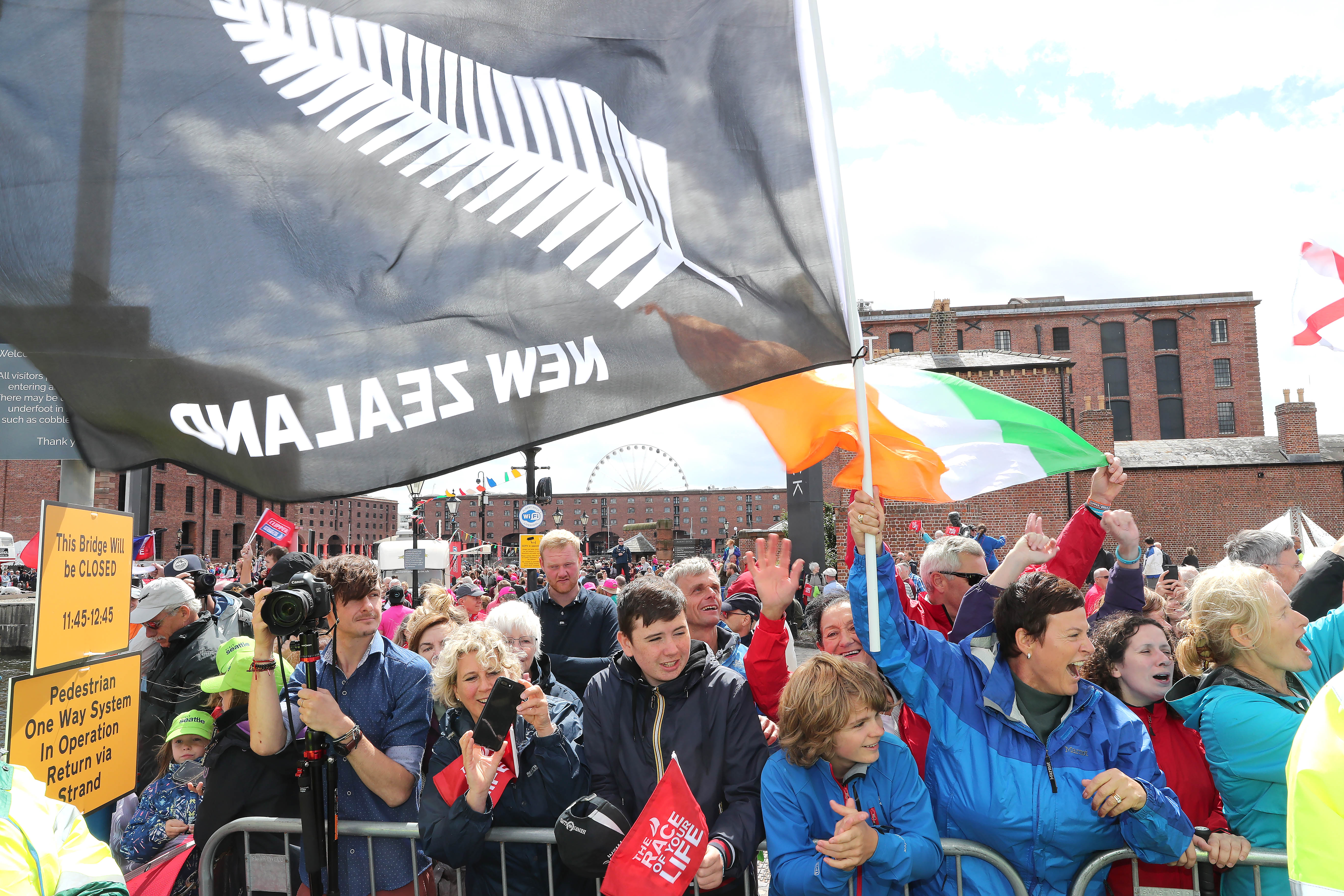 IMAGE: Gerry supporting husband Greg at the end of the Clipper 2017-18 Race in Liverpool.

Despite being a good way into her almost 10,000 nautical mile race from London to Cape Town (via Portimão and Punta del Este), the mother of two, and new grandmother of one, didn’t have any sailing experience before starting her four weeks of Clipper Race training. Gerry says: “It’s tough. It’s really challenging for a slightly older brain and a novice sailor to remember the whole process, but I think I’m getting there. I’m pretty stoked with how far I’ve come.”

But while learning the language of sailing has been hard, it hasn’t been the biggest challenge for Gerry. Instead the New Zealander has been struggling with the language barriers in her GoToBermuda team, which features ten different nationalities.

She jokes: “The hardest thing I struggle with are the accents which people say the same thing about me! But that’s my biggest challenge. We’ve got some pretty strong Scottish accents on our boat.”

While he is working on the laundry side of things, husband Greg is loving his new role as a Race Crew Supporter and couldn’t be prouder of what Gerry is doing.

“I think this is an enormous step out of her comfort zone for somebody who probably being on a boat is not a natural thing,” he says.

“Gerry loves water, she swims for miles, but boating is not a natural place for her to be, so she has probably overcome some fears and going to be challenged a little bit more. But I think it will be a fantastic feather in her cap at the end of Leg 2, when she has completed her challenge.” 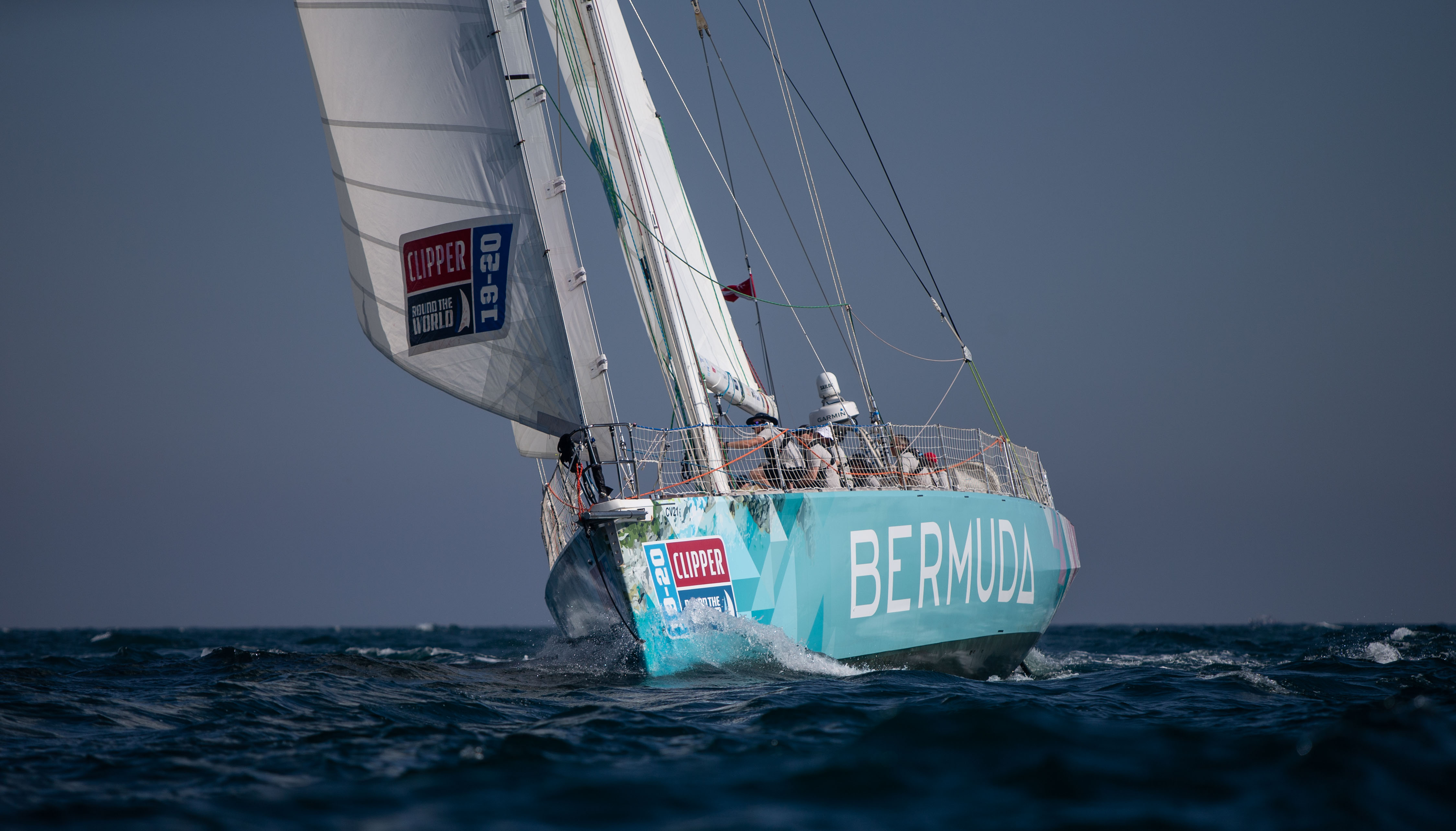 Gerry and her GoToBermuda team are still just over a week away from arriving in their second port of Punta del Este, which will be another big tick on her to-do list.

“You know, having stood there and watching Greg come in, it’s such a cool achievement and that’s what I signed up for, to go, yeah, I’ve done that. And just that whole team camaraderie, it’s really unique and just amazing.”

To learn more about Gerry and her journey, see the GoToBermuda team page on the Clipper Race website.

On the eighteenth day of racing in Race 2: The Commodore’s Cup, the leaderboard remains unchanged at the top, with the leading three teams all having passed the Dell Latitude Rugged Ocean Sprint finish line. All the other teams, bar Imagine you Korea, are now…