After previously hosting six successful Clipper Race stopovers at the City’s Olympic Sailing Centre, the Qingdao Organising Committee is looking forward to putting on its greatest show yet as the biggest round the world yacht race becomes the first major sailing race to utilise the brand-new Wanda Marina and Wanda Yacht Club facilities.

Laura Ayres, Clipper Race Head of Partnerships, has been working together with the Qingdao Organising Committee to ensure the first event of Qingdao’s lunar calendar kicks off with a spectacular start. She says: “It has been fantastic to work on such an exciting project with the Qingdao Organising Committee and the new Wanda Marina location has provided a unique opportunity to take the Qingdao partnership to the next level. I am looking forward to the action-packed schedule providing visitors, Clipper Race Crew, Supporters and partners with a stopover to remember.”

The eleven-strong fleet is due to arrive into Wanda Marina, Qingdao West Coast New Area, between 13 – 16 March, and each team will be greeted into port with a warm Qingdao welcome ceremony which is set to be the first of many highlights during the stopover. 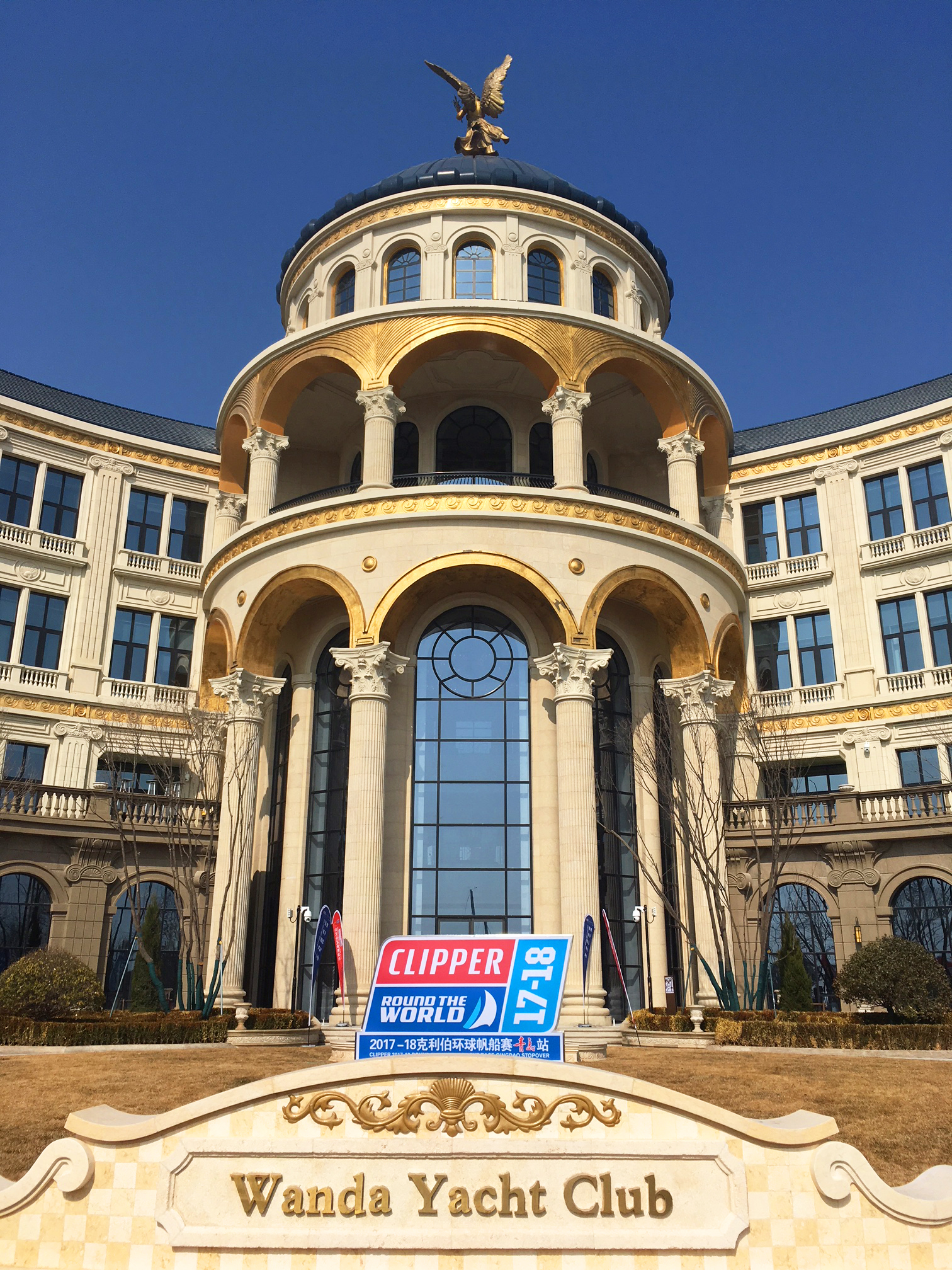 After the fleet is safely tucked up in its brand-new home, a weeklong programme of events will get underway both on-and-off the water on Saturday 17 March with an Arrival Press Conference during the morning and crew will have the opportunity to celebrate their successes on the water during the Clipper Race Prize Giving evening.

There will be no rest for the Clipper70s, as well as a busy schedule of sail days, Public Open Boat Tours and School groups will be coming down to see what life is like on board the modern racing yachts and having the chance to meet some of the intrepid crew members who are circumnavigating the globe. Visitors can also visit the Clipper Race Dome to experience life on board, via the power of virtual reality goggles, and test their hand at knot tying at the Marlow Rope Knot Station.

The stopover will also provide an ideal opportunity to further enhance the Clipper Race crew’s cultural experiences from Sanya, with visits planned for the ShiMen Temple and Experience Centre, the East Yantai Community Centre where crew will learn about Chinese customs, also to interact with the local community by joining them to try traditional activities such as calligraphy, playing Taiji and MaoQiang vocal performances, as well as the Film and Shell Museums. And before the teams return to sea, Clipper Race crew members will have the opportunity to showcase their off-the-water sporting talents when they unite to form the Clipper Race Soccer Team. The team will be put through its paces during a friendly match against Bayern, Qingdao’s Soccer Team, followed by a tour around the impressive grounds of Echo Park.

Qingdao and the Clipper Race have traditionally worked closely to grow new business links and the seventh consecutive stopover will be no different. The UK China Sailing Industry Cooperation Forum, led by Clipper Race Partner GREAT Britain, will be taking place on Sunday 18 March, with the aim to strengthen existing connection and inspire young sailors with delegates from the British Embassy Beijing, Qingdao Municipal Government and Qingdao Sailing School all attending.

Clipper Connect, the business networking series, will also take place during the stopover and the event in Qingdao will revolve around waterfront regeneration with delegates from Liverpool, UK, taking part.

To find out more about the Qingdao Stopover, visit the Host Port Page on the Clipper Race website.

The seventh Clipper Round the World Yacht Race Stopover in Qingdao is set to be one of the biggest yet, with the fleet of eleven ocean racing yachts to be the first to test out the newly constructed Wanda Yacht Club, a state of the…

For most Clipper Race crew, the upcoming Stopover will be their first time in Qingdao. But many will arrive knowing…

The race to Qingdao is reaching its climax and the Clipper Race teams are pulling out all the stops to gain a tactical advantage in the final stage of Race 8: The Sailing City Qingdao Cup. Stealth Mode has been the order of the day…