Qingdao continues to lead the fleet today, followed by GREAT Britain in second and Sanya Serenity Coast in third as the teams push towards the Scoring Gate.

Qingdao Skipper Chris Kobusch remains confident of being able to secure the first points of the Clipper 2017-18 Race, reporting: “We got some fantastic sailing in and could widen the gap between us and our closest competitor for the three-point Scoring Gate; Great Britain. We are now less than 250nM away from the gate and it will become harder and harder for them to catch us in time.”

Not much further back behind the leading pack are HotelPlanner.com, Liverpool 2018 and Unicef in fourth, fifth and sixth respectively and Visit Seattle, which has taken a more westerly route, is in seventh. 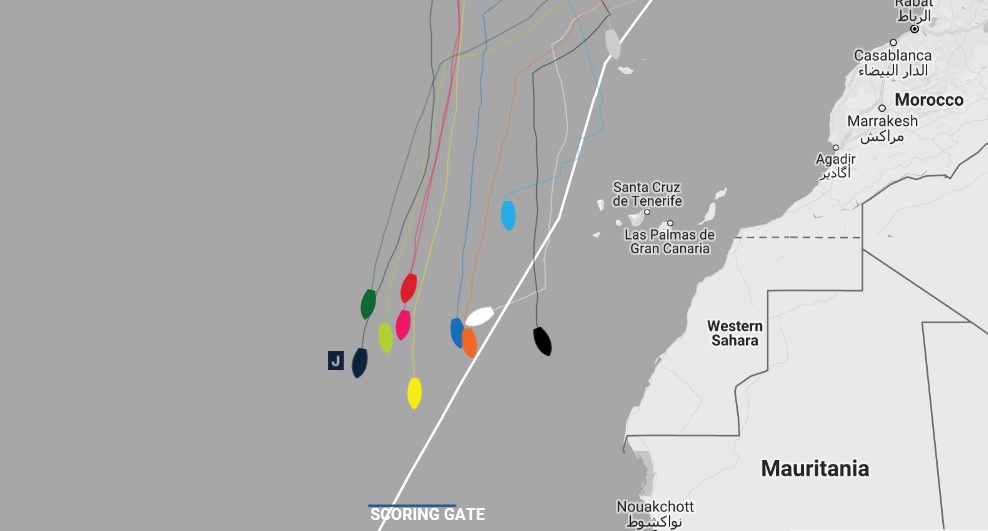 The teams are heading into a more tropical, cloudy and moist region now. Unicef Skipper Bob Beggs explains that this means a temporary suspension to the champagne sailing conditions, explaining: “Getting closer to the Inter Tropical Convergence Zone (ITCZ), otherwise known as the Doldrums, means more convection as the ocean is much warmer. This creates more cloud cells, rain and fluky winds to keep the helmsmen, spinnaker trimmers and cockpit team on their toes trying to keep the spinnakers aloft and not wrapped around the forestays.

“The weather ahead as we approach Cape Verde looks very changeable with light contrary winds and wind holes aplenty to possibly change the leaderboard around, the champagne sailing temporally suspended until south of the equator.”

Dale Smyth, Skipper of Dare To Lead, in eight position, says: “Our easterly position was forcing us below the wind shadow of the Canary Islands. We will suffer race positions because of the wind angle as those further to the west continue towards the Scoring Gate.”

Some teams are already looking beyond the Scoring Gate and at the next major milestone – the crossing of the Equator, where crew members will enter the court of King Neptune to ask forgiveness of their sins. Roy Taylor, Skipper of ninth-placed PSP Logistics, says: “I'm now starting to keep a record of heinous crimes committed by the crew so that they may be punished accordingly by Neptunas Rex when we cross his kingdom in about a week or so's time.”

Garmin has taken a more easterly route to the route and is lying in tenth position meanwhile Nasdaq’s spinnaker practice is beginning to pay dividends a bit further back in the fleet in eleventh position. Skipper Rob Graham reports: “Now that we're in these slightly stronger winds, Nasdaq is making better progress south, and currently on the same latitude as the island of La Palma in the Canaries, but too far from land this time even to argue about sighting it!” 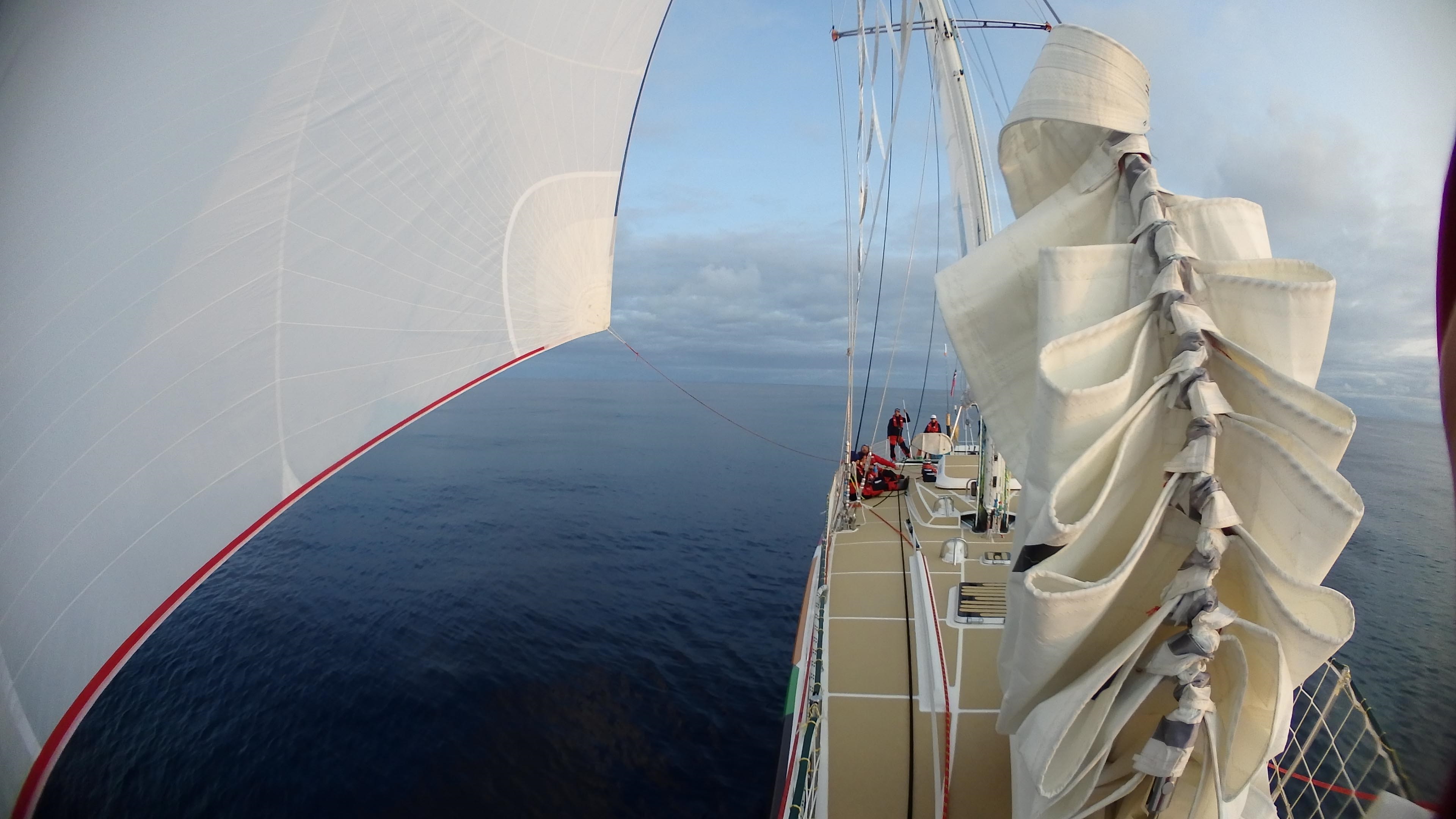 IMAGE: Many teams have had their spinnakers flying...

Greenings, in twelfth position, is starting to catch up with the fleet despite sailing across a 40m long rubber pipe floating in the ocean in the last 24 hours. Replacement Skipper Dan Smith said: “A wise man once told me that hardship makes you stronger, we have certainly had our fair share. Our crew dug deep to get the yacht back up to speed and we have since been going well in breezy conditions under our mediumweight spinnaker.

“Watch out Clipper Race fleet, we are hot on your tails!”

The fleet is expecting to see some squall activity appearing, as is usual with the Tropics but Hurricane Irma is clearly heading west in front of them. Clipper Race Meteorologist, Simon Rowell, explains: “Behind her, a tropical wave is turning into a tropical depression – this doesn’t look too strong but has a big effect on the circulation as the teams head south towards the Doldrums Corridor.”

The Clipper Race fleet continued to make good progress under spinnaker in the Trade Winds but the race leaders further south are starting to feel the heat, quite literally.Qingdao and GREAT Britain continue to hold on to first and second position respectively but HotelPlanner.com and…

Following an impressive climb up the leaderboard, Qingdao, is still holding pole position, with GREAT Britain in second place and…

There has been a major change to the Clipper Race leaderboard in the last 24 hours as Qingdao has stormed through to take pole position after wind shifts favoured the westerly positioned teams. Sanya Serenity Coast and Visit Seattle, placed further to the…