Qingdao and Dare To Lead were the fourth and fifth teams to cross the line in the early hours of this morning and were greeted by a warm welcome from supporters despite the wet weather. Followers back home can watch the arrivals in to Punta del Este by “liking” our Facebook Live page.

HotelPlanner.com is now arriving into Punta del Este after crossing the line in sixth place, and an incredibly close finish is expected between Garmin and Liverpool 2018. Lance Shepherd, Liverpool 2018 Skipper, reported at 0700 (UTC): “Well, here we are after approximately 7,000 nautical miles and only 36nM to go, jostling for…seventh, or eighth as a position...

“The whole fleet is so close it’s absolutely unbelievable. The boats and the crews have come so far in just over a month - it astounds me.” 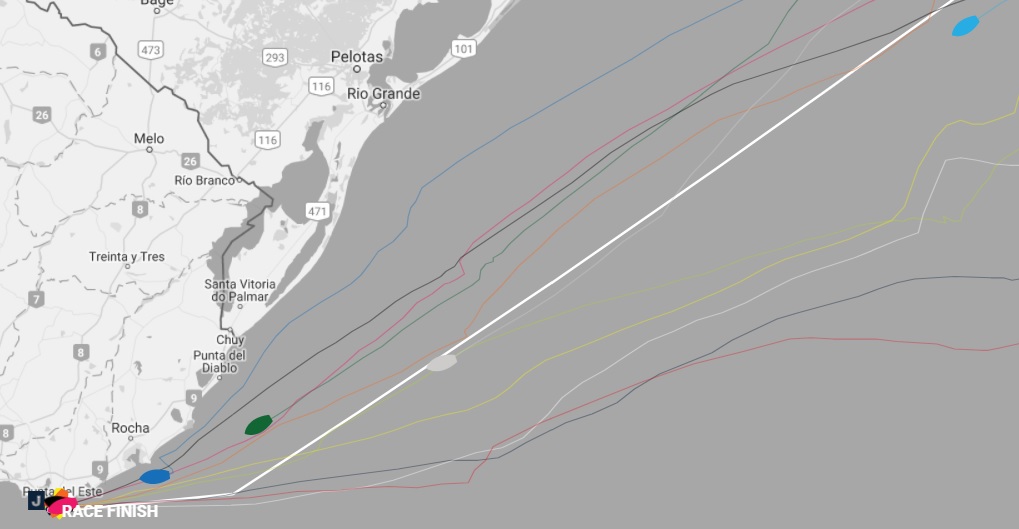 Unicef is expected to be the ninth team to cross the line over the next few hours and Skipper, Bob Beggs, said: “The time for reflection will come later after a shower, a steak, and possibly a beer or two. But one thing’s for sure - team Unicef can be proud of their achievements. They have worked tirelessly on all the tasks required to race and live in this 70-foot yacht, always coming up with solutions and smiles no matter the weather or time of day.”

Visit Seattle is currently in tenth place after spending another day in a wind hole, but the team is now moving again and expected to arrive in to Punta del Este later today.

Greenings is expected to be the eleventh team to cross the line on Saturday but the redress awarded by the Race Committee, for the forced diversion to Porto for a replacement Skipper, will still need to be taken in to account. Relief Skipper, Dan Smith, said: “We have been pushing hard all day with our Code 2 (mediumweight spinnaker) racing the clock into Punta del Este.

"Our exciting spinnaker run became slower and more manageable at lunch time and we were then faced with a variable wind through the afternoon. During the evening, the wind eased as we passed the front. The focus now is very much on keeping the boat moving in the right direction and keeping the sails trimmed well. We reckon we are less than one day out!” 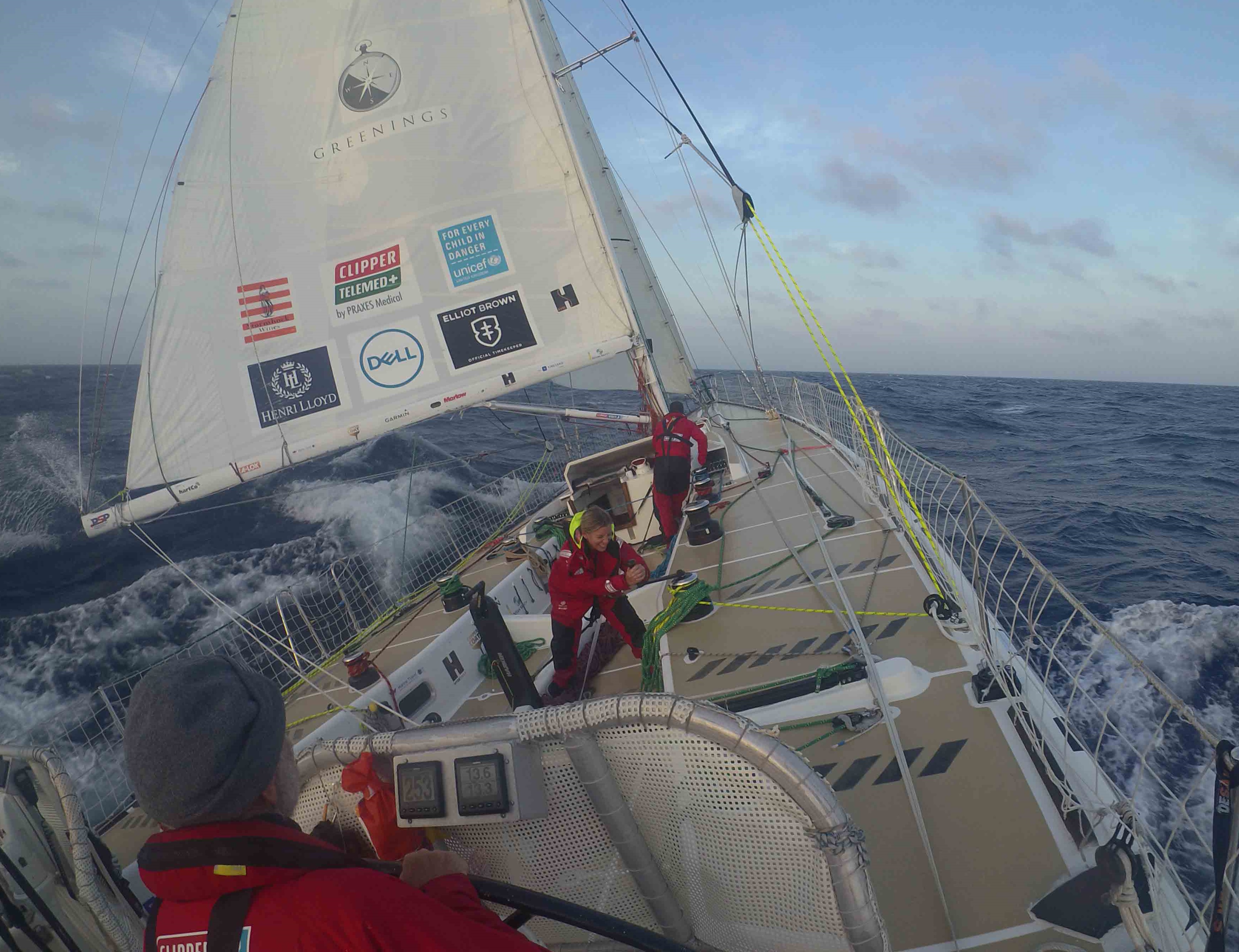 IMAGE: On board Greenings

Nasdaq, in twelfth position, is making good progress and is expected to arrive on Sunday. Skipper Rob Graham said: “Nasdaq managed to maintain good speed throughout yesterday with both watches making small adjustments to sail trim to get the best out of the boat and the wind. We also managed to point at our destination, which to non-sailors sounds obvious (why would you point anywhere else?), but any sailor will tell you that it doesn't seem to happen very often.”

Clipper Race Meteorologist, Simon Rowell, has informed the remaining teams that are racing that a front is moving up the coast with the low heading out to sea. He added: “It’ll carry on being a rather cloudy and squally one too for the southern boats, always more incentive to get through it quicker!” As the low moves out to sea it should pass ahead of the northern boats, so all teams should finish by the close of the weekend.